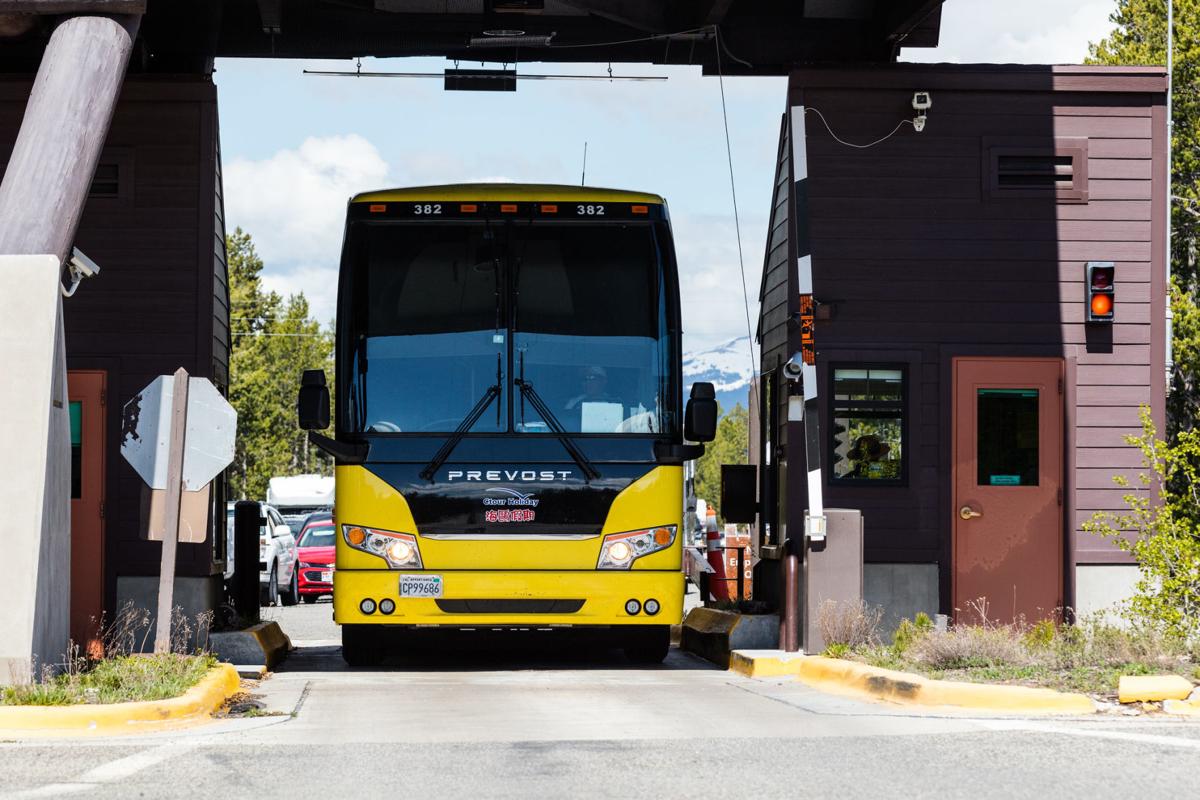 A commercial tour bus with Chinese tourists arrives at Yellowstone National Park’s West Entrance on May 27, 2017. 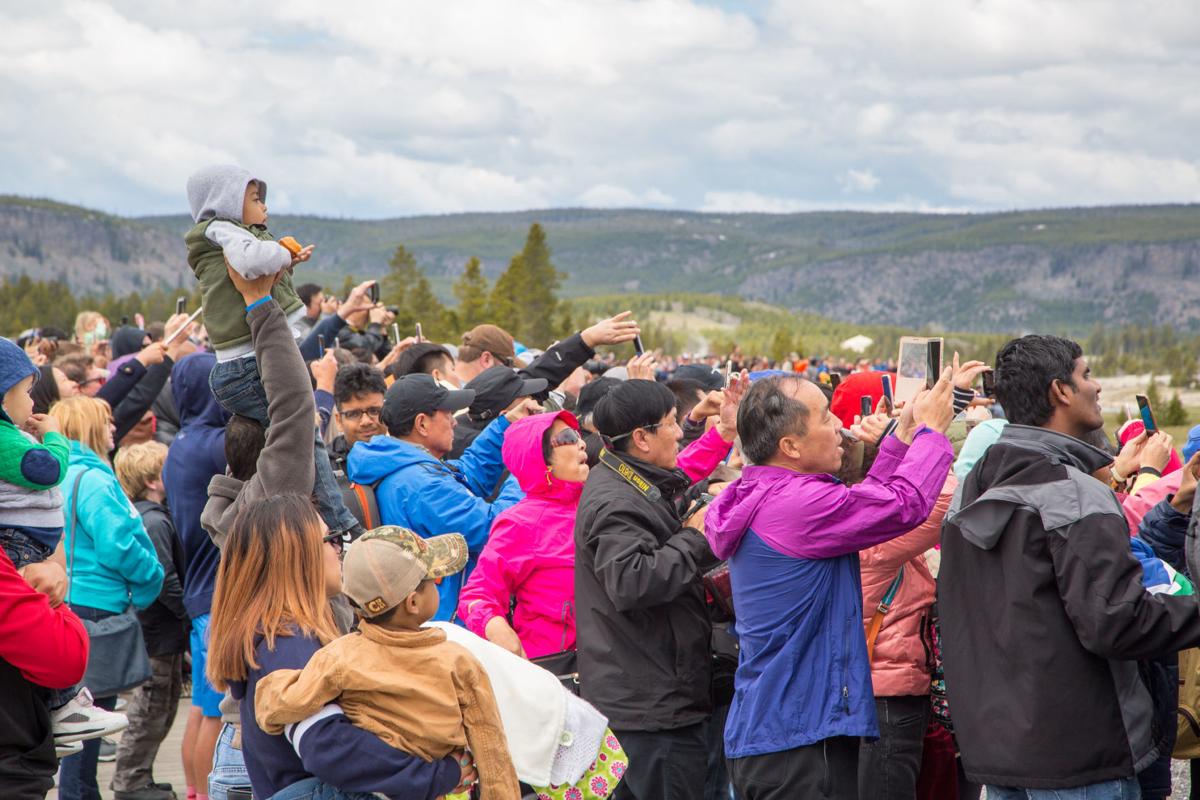 Several Asian tourists take photographs during a May 27, 2017, eruption of Old Faithful at Yellowstone National Park.

A commercial tour bus with Chinese tourists arrives at Yellowstone National Park’s West Entrance on May 27, 2017.

Several Asian tourists take photographs during a May 27, 2017, eruption of Old Faithful at Yellowstone National Park.

Chinese tourism to the U.S., an economic driver for communities in Idaho, Montana and Wyoming, declined in 2018 for the first time in 15 years.

A growing middle class, ease of transportation and fewer visa restrictions contributed to an explosion of Chinese tourism in the U.S. in the 21st century. Between 2000 and 2010 the number of Chinese visiting the U.S. tripled and by 2015 it tripled again, the Associated Press reported.

But recent political tensions with the U.S. and a Chinese government crackdown on traveling, due to ”social credit” offenses, may be reversing those trends.

The U.S. has imposed a 25 percent tariff on $200 billion worth of Chinese imports, while China has retaliated with tariffs on $60 billion of U.S. imports, the Associated Press reported.

Further, rising trade tensions led the Chinese government to issue a travel warning to its citizens, saying they should be wary of crime and high medical costs in the U.S.

U.S. national parks, including the parks surrounding Idaho Falls, have been a popular destination for Chinese visitors.

According to a 2016 study of visitation to Yellowstone National Park, 37 percent of international visitors to the park came from China. Chinese visitors were second only to Europeans.

And visitors bring money, not just to the parks, but to surrounding communities, as well.

A recent National Park Service report showed that 4.1 million visitors to Yellowstone in 2018 spent $512 million in communities near the park. The spending supported more than 7,000 jobs in the local area and had a cumulative benefit to the local economy of nearly $650 million.

Many tourists, including Chinese, stay in Idaho Falls during their visit, lodging in local hotels and frequenting local businesses and restaurants. They also utilize local transportation, such as Salt Lake Express, a local charter bus company.

“If you want to go to the parks this should be your jumping off place,” said Chip Schwarze, CEO of the Greater Idaho Falls Chamber of Commerce.

Schwarze said in the past two to three years traveling methods have changed among visitors from China. They used to visit the area in large groups, usually on tour buses. Now they’re coming in smaller groups.

Smaller groups, free from the constraints of a strict tour bus schedule, can eat at more varied restaurants and attend events. The money stays in town, rather than going to established stops on the popular bus tours.

Schwarze isn’t worried about the decline in the number of Chinese tourists.

“We’re going to see a slackening of tourists coming to America, but we still remain a top destination,” Schwarze said. “Statistics say they are (declining) but we’re still having a great year, and we haven’t seen a noticeable drop.”

“Probably, in the long run, it’s going be good for our local economy because we’re going to see money stay here instead of going to the parks,” he said.

Idaho Falls’ hotels haven’t seen a decline in bookings, Schwarze said; in fact, hotel capacity has been at 80 to 85 percent this spring.

“We’ve probably had one of the best Mays in our hotels that we’ve had in a long time,” he said.

Yet, the hotel hasn’t seen the effects of the Chinese tourism dip.

“We are actually up 20 to 30 percent from last year for tourism,” Price said.

Not all local businesses have remained unaffected, however.

“It’s really affected us,” said Kathy Pope, sales manager for Salt Lake Express, the transportation company. “We’ve had a lot of cancellations, and they’ve canceled at the last minute.”

Pope attributed the drop in bus riders to several factors, including those that led to the decline in Chinese tourism nationwide. Another factor, she said, is last year’s entry fee increase at Yellowstone.

“They start weighing this national park with the cost of others,” she said.

David Becker, former CEO of Attract China, a New York-based travel consultancy, told the Associated Press that destinations should invest in those technologies now if they want to continue attracting Chinese tourists.

“A lot of companies looked at the Chinese market as easy money, but we have to be relevant to the Chinese,” Becker said.