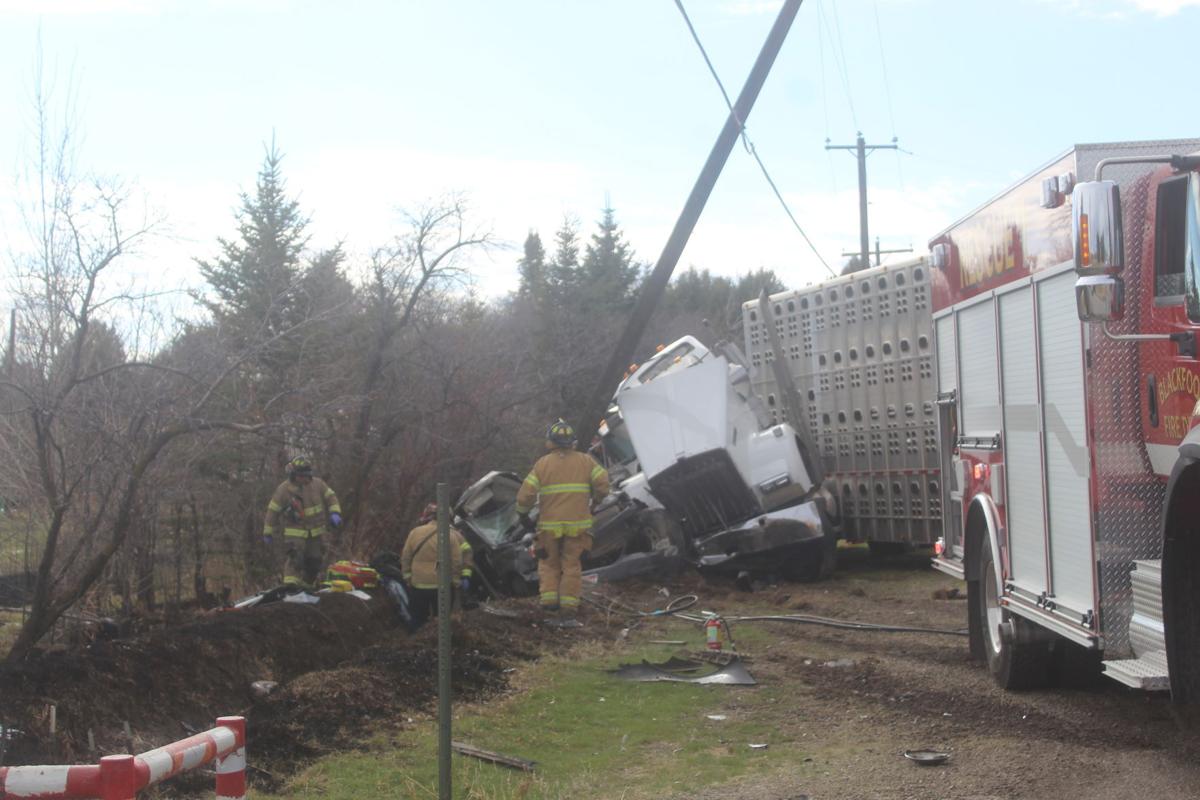 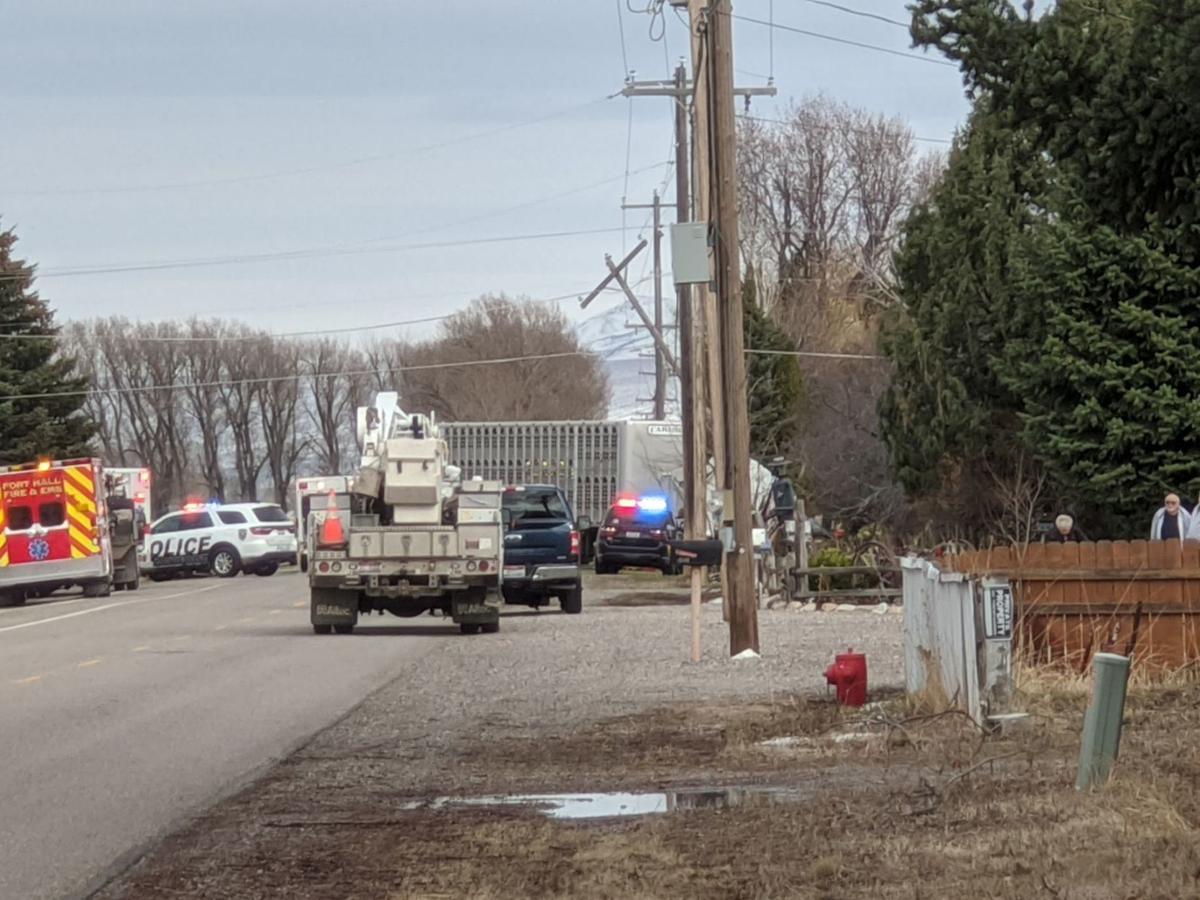 A wreck on Rich Lane involving a semi and a passenger car took place Tuesday afternoon near Merkley Lane after the car was suspected of running the stop sign. Fort Hall EMS was dispatched as well to aid at the scene.

A wreck on Rich Lane involving a semi and a passenger car took place Tuesday afternoon near Merkley Lane after the car was suspected of running the stop sign. Fort Hall EMS was dispatched as well to aid at the scene.

BLACKFOOT – One of the worst traffic accidents in the Blackfoot area in recent memory took place late Tuesday afternoon at the intersection of Rich Lane and Merkley Lane involving a black sedan and a semi-trailer.

The trailer was not loaded, but the accident did involve major injuries. There were no confirmed reports of fatalities.

Law enforcement on the scene called for and received assistance from Life Flight, with two different Life Flight helicopters dispatched to the scene.

At least one injured person was transported from the scene to Bingham Memorial Hospital while other persons were being extricated from the sedan, authorities said.

The driver of the semi, visibly shaken, was being interviewed by law enforcement on the scene.

Officers from Idaho State Police, Bingham County Sheriff’s Department and Blackfoot Police were all on the scene.

Ambulances from Blackfoot and Fort Hall were also called to the scene.

Idaho Power arrived on the scene to cut power from the lines to prevent any live wires falling onto the scene.

It was not determined how long any power outage was going to take.

It was also not determined how long it was going to take to clear the area from the accident.

That accident was a part of what amounted to a bad day on the roads in the region with a Blackfoot man involved in a fatal accident in the Idaho Falls area Tuesday morning.

Glen Howard, 85, of Idaho Falls had parked his vehicle on the right shoulder and was attempting to cross both southbound lanes to assist a vehicle that had slid off into the median. While crossing the southbound lanes he was struck by a Dodge Ram pickup driven by Stephen J. Blaser, 71, of Blackfoot.

Howard succumbed to his injuries at the scene. The southbound lanes were blocked for approximately 2 hours.