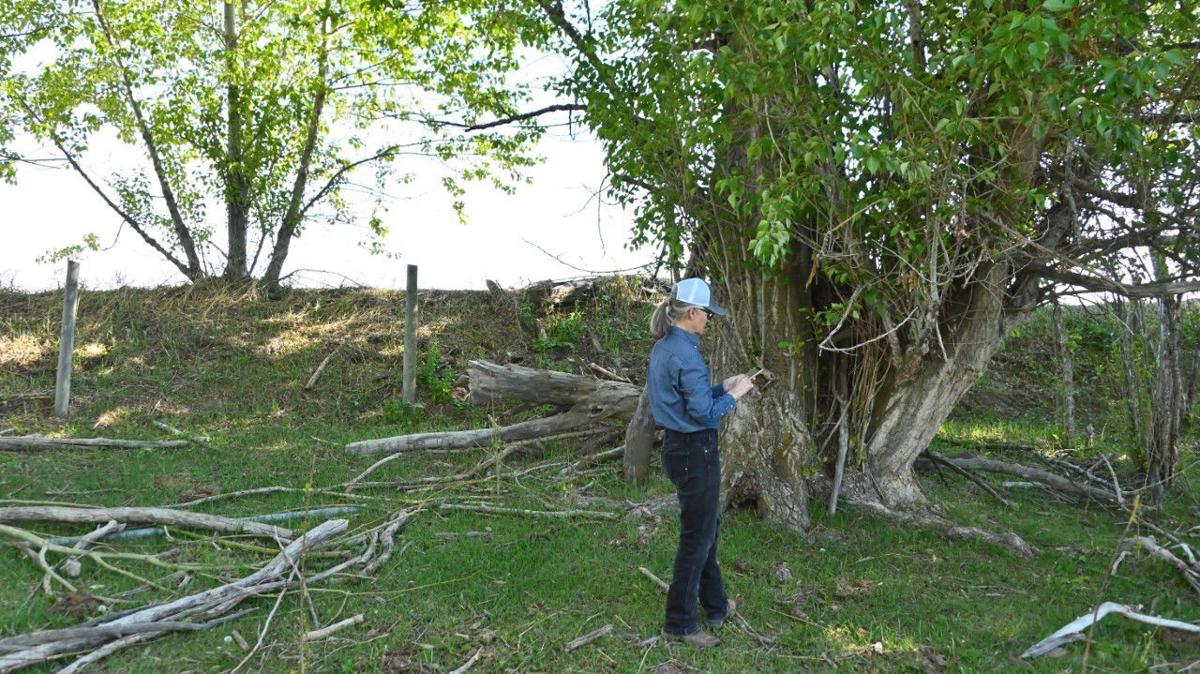 Wendy Pratt examines a stand of balm of Gilead. 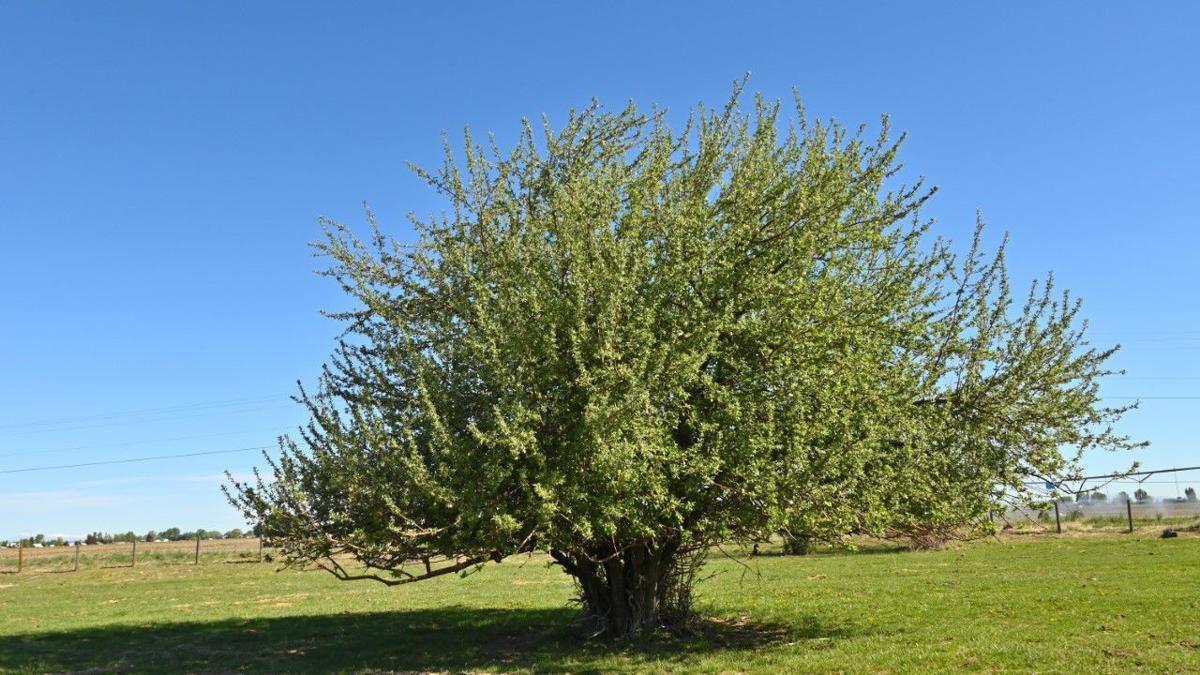 An old apple tree sits alone in the middle of a Bingham County pasture. 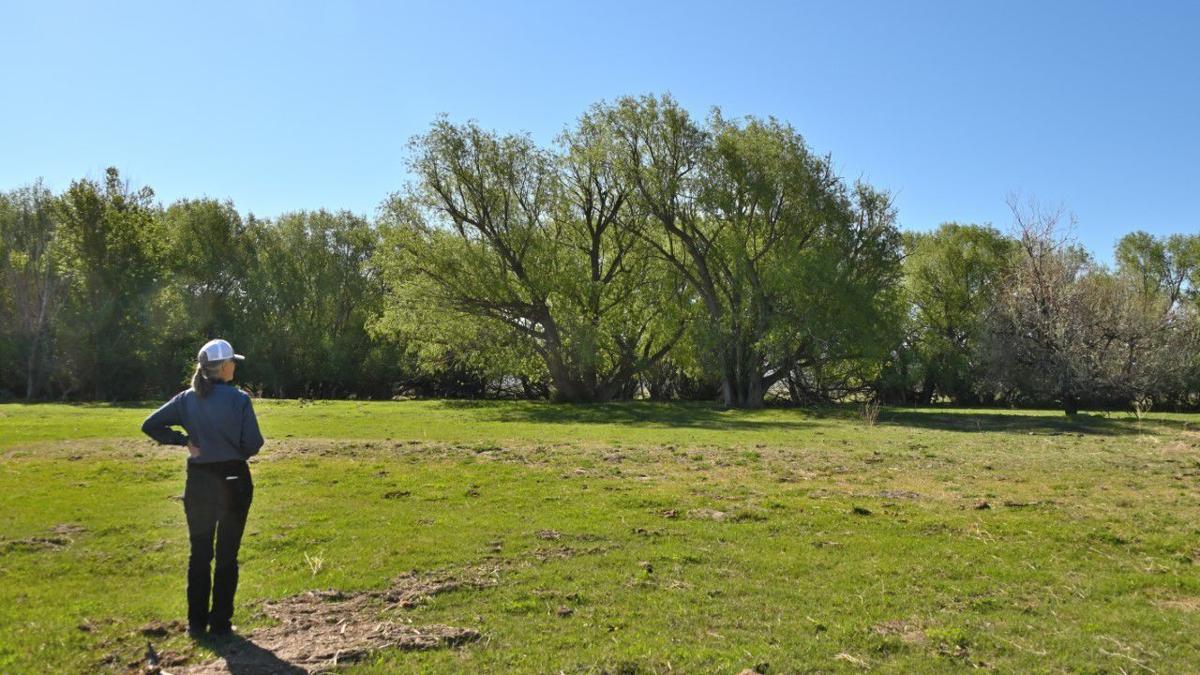 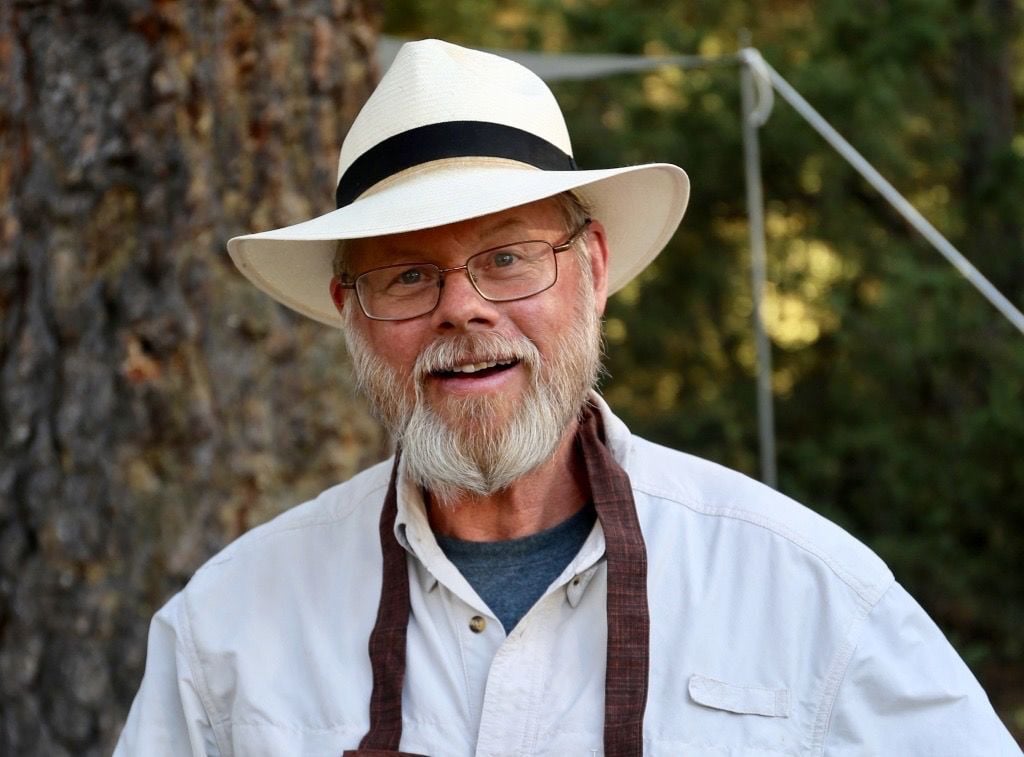 Wendy Pratt examines a stand of balm of Gilead.

An old apple tree sits alone in the middle of a Bingham County pasture.

While helping friends feed cows earlier this spring, I was struck by the apparent diversity of tree species on their ranch. A field trip a few weeks ago confirmed my impression. In a small part of the property, the rancher showed me at least eight species of trees (including balm of Gilead, black willow, white poplar, and three kinds of fruit trees) mixed with native cottonwoods and willows. I wondered where they came from.

Clearly some were “planted” by birds or wind and a few mark the sites of old homesteads, but there were larger forces at work as well, and that’s what I want to explore in this column.

My wife is an avid fan of Laura Ingalls Wilder and her “Little House on the Prairie” series of books. As a result, we visited the Wilder pioneer homestead near DeSmet, South Dakota, where I admired tree-dominated shelterbelts throughout that area. Where did the “prairie trees” come from? Laura’s husband, Almanzo, filed for a quarter section of land under the Homestead Act. Then, in 1879, like many local farmers, Almanzo filed for another quarter section under the 1873 Timber Culture Act with what was called a “tree claim.”

The Timber Culture Act responded to the common belief at that time that trees would bring rain to the semiarid West. Under this legislation, timber claims could be filed on 160 acres. Originally, 40 acres of trees were required to be planted and maintained, but that later was reduced to 10 acres. At the end of a specified period, the claimant had to prove that at least 675 trees were still living. If this proof was acceptable, the quarter section was certified, and patents were issued.

Millions of trees were planted under the act, but a majority perished because of lack of rain and care. In Nebraska, 8.87 million acres were entered as tree claims, but only 2.45 million acres were proven and certified. In all states and territories, only about 20% of homesteaders on average proved up on their tree claims.

The Wilders, too, found it difficult to grow trees. In the book, “First Four Years,” Laura wrote that nearly all the trees they planted on their claim died. It was too late to replant, because there was no way they could prove on their claim.

Some historians consider the Timber Culture Act a complete failure, noting that it was repealed in 1891. There were too many loopholes, allowing fraudulent claims to be filed on land where trees were never planted. The dry climates negatively affected tree survival in those years, and trees were not always planted properly. Nevertheless, this program was popular and it’s likely that this legislation accounts for at least some and perhaps much of the diversity of trees found in rural areas of Bingham County.

Other federal legislation also had a role. The Clarke–McNary Act of 1924 enabled the Secretary of Agriculture to cooperate with state officials to improve forest protection. Additionally, the USDA began working with private forestland owners on reforestation by broadening efforts to include producing and distributing tree seedlings and providing forestry assistance to farmers. This and related legislation also provided a strong impetus to states to establish and support state forestry agencies. All 50 states now have a state forestry or forestry extension agency.

The Idaho Department of Fish and Game also likely played a part. Over the last 60 years this agency sponsored at least two major habitat programs that helped landowners in Bingham County and elsewhere develop shelterbelts to improve wildlife habitat.

In short, a variety of individuals, state programs, and federal legislation are responsible for the diversity of tree species enjoyed by Bingham County residents.

Jack Connelly has lived in Bingham County for over 40 years. He is an avid outdoorsman and has hiked, camped, hunted, and fished over much of the U.S. as well as parts of Europe and Asia. Connelly worked as a biologist for the Idaho Department of Fish and Game for over 30 years. He now enjoys retirement with his wife Cheryl raising chickens and bird dogs at their home in Blackfoot.