Atomic City has officially disincorporated after the November elections. They will be governed solely by Bingham County. 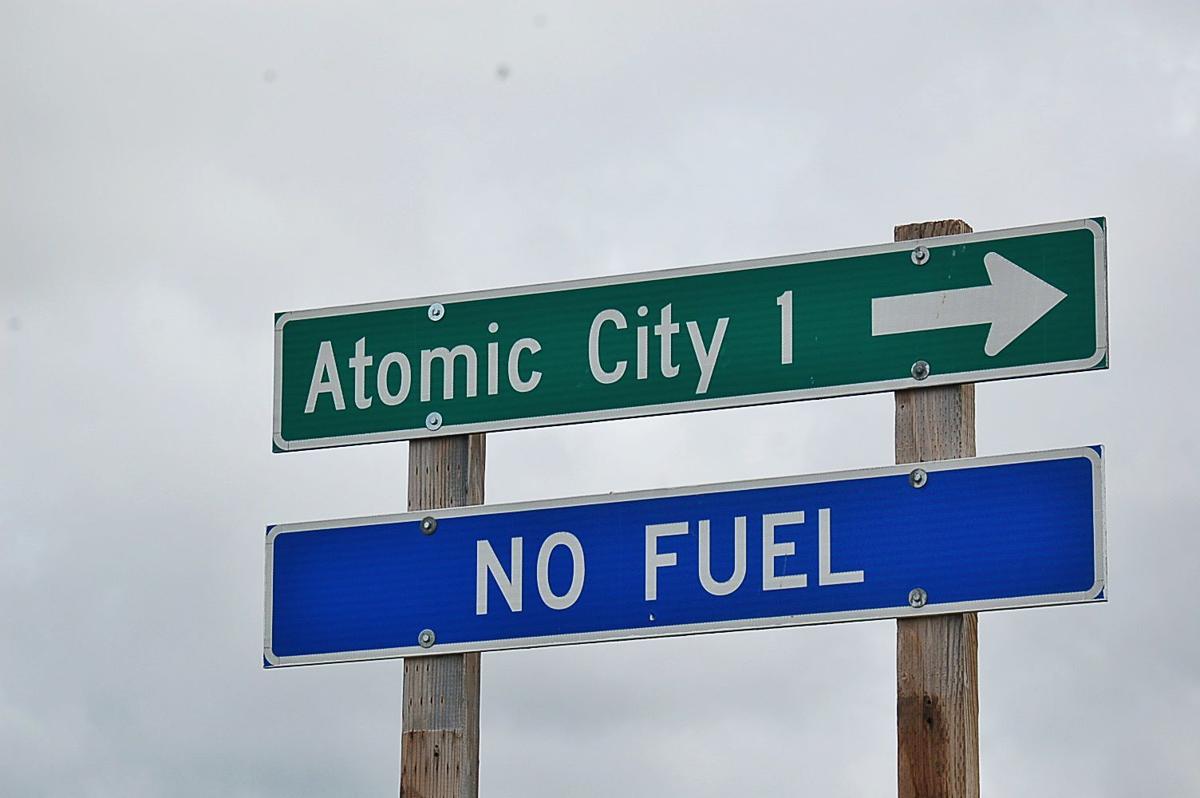 The sign along Highway 26 points the way to Atomic City, and reminds people that it isn’t a place to gas up.

Atomic City has officially disincorporated after the November elections. They will be governed solely by Bingham County.

The sign along Highway 26 points the way to Atomic City, and reminds people that it isn’t a place to gas up.

ATOMIC CITY – Residents of Atomic City voted in favor of disincorporating their town in the November election, and the move is becoming official.

Disincorporation is the process of removing the city government and turning over the control, funds, and assets to the county. Although this is a legal process that can be done in the state, this is only the third time it has been carried out, according to Bingham County Civil Attorney Chase Hendricks.

The process leads to more questions than answers, but county Clerk Pam Eckhardt — along with Hendricks, the county commissioners, and soon-to-be former mayor of Atomic City, Chris Polatis — worked through some of the details Monday afternoon in the commissioner’s chambers.

Eckhardt started with explaining the process as directed by Idaho Statute 50-2205 regarding disincorporation of a city or town. The city is required to line-item every asset, piece of property, parcels of land, and any outstanding bill or bond that will be involved in the process.

Atomic City will be required to provide the county with its assets, including the land where the water tank is located. Their water system — which is tied to a bond currently — will have to be incorporated into a water district through Idaho Rural Waterworks Association (IRWWA). The funds will have to be generated to repay the remainder of the bond, which has nearly 20 years to reach repayment. A water district — similar to a governing board — will oversee the system and ensure that the repayment process is followed.

Eckhardt suggested that the current money in Atomic City’s accounts be placed into a trust fund so it is easily maintained citing the order of disincorporation that, “All monies shall be placed in a special fund.” Hendricks affirmed this statement, explaining that it is best to go this route, but to seek input from the county’s auditors to ensure they are following the process accordingly.

The next steps are not as clear cut; they will have to go through different processes to set up their water district which can take a large amount of time. Commissioner Mark Bair, who sits on the Eastern Idaho Wastewater Association’s board representing Bingham County, explained that the process can take upward of one year to complete and he would not be surprised if it takes the better part of two years to complete the process. He also explained that it can be an expensive endeavor and an attorney will be necessary.

One member of the community from Atomic City asked about the proper process to ensure that they remain able to operate their fire department. The Atomic City Fire Department is run entirely by volunteer firefighters and they do not want to lose their location. Commissioner Whitney Manwaring explained that they will need to rejoin the Blackfoot Fire District and establish a volunteer program through them so they can continue to operate as usual.

The official disincorporation takes effect one month after the election. The county is the official municipality of the area known as Atomic City as of Dec. 3. Both parties will be seeking answers in the coming weeks and will need to work together to make sure the transition is as seamless as possible.