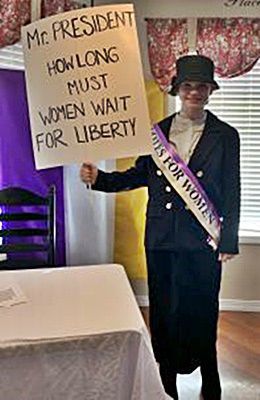 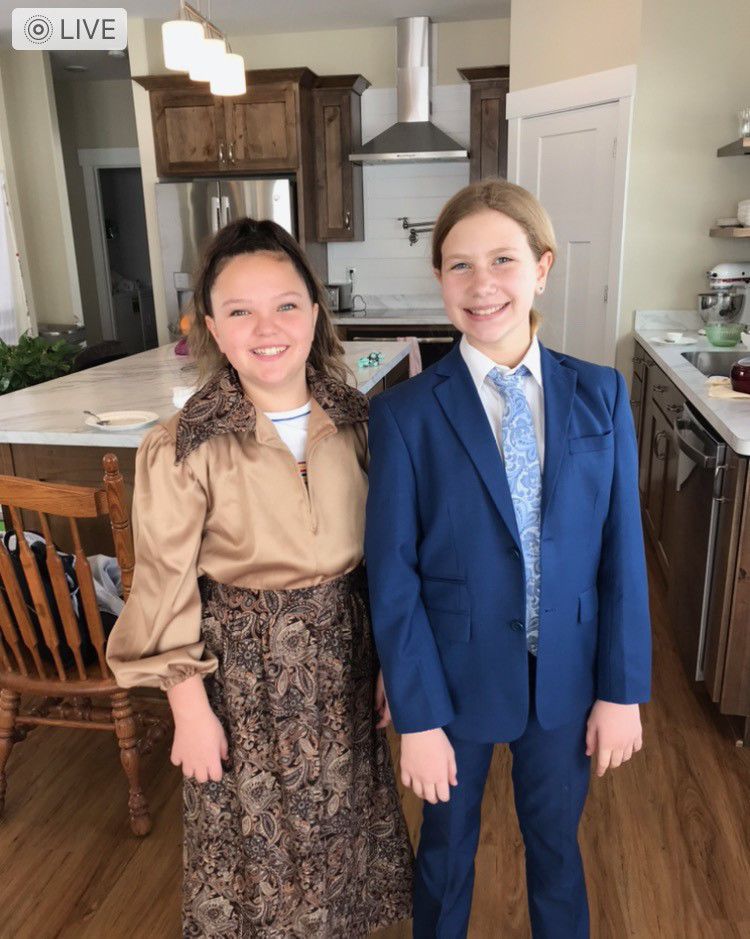 This year the National History Day Competition celebrated its 40th year of inspiring students around the globe to do the work of practicing historians. Each year the contest challenges students to research topics that fit the year’s theme.

In October, 35 Blackfoot students began work on “Breaking Barriers in History.” At the time, we had no idea the theme would be somehow prophetic with the social distancing and school closure barriers that started in March.

A special congratulations to Ryanne Boyd, a seventh grade student from Blackfoot’s Mountain View Middle School who broke into the semi-final round and ranked seventh in the nation. Her entry was the second-highest ranked project for the state of Idaho this year which qualified her to receive the National History Day 2020 National Affiliate Outstanding Junior Division Entry for Idaho.

Molly Whyte and Sophia Pariona, sixth grade students from Blackfoot Heritage Sixth Grade School, received a first-place ranking in preliminary judging and progressed to the semi-final round where they also received a first place ranking. Out of 84 entries from around the globe, these two sixth grade students from Blackfoot were awarded the National 1st Place Junior Group Performance gold medal.

Ryanne Boyd’s performance was titled The Silent Sentinels: Breaking Barriers to Gain Rights. It focused on Alice Paul’s efforts and other suffragettes to gain voting rights for women and the continuing efforts to gain equal rights. She chose the topic in part because it is the 100th anniversary of women gaining the right to vote.

Molly Wyhyte and Sopia Pariona’s performance was titled “Reeding Between the Lines: How Reed v. Reed Opened Doors for Gender Equality.” It was about Sally Reed’s efforts to overturn an Idaho law that discriminated against women. The case went to the Supreme Court and it served as a precedent to dismantle laws in the nation that discriminated against women. The girls chose the topic because they were interested in women’s rights during this 100th anniversary year celebration. However, they wanted to look into a topic that related to Idaho and which made a difference.

A summary of our exceptional year:

- The 2020 NHD Virtual Showcase, which includes all national entries can be viewed at https://sites.google.com/nhd.org/virtualshowcase.

For more information about National History Day you can go to www.nhd.org.

I am the teacher and NHD coach for these amazing girls. This is my 26th year coaching NHD and it is my first national qualifying project. It was amazing to also receive the top Idaho award in the same year as my students have never received this either.

The wonderful thing about this year was the fact that rather than cancel the contest, the state and national coordinators worked diligently to convert it to a virtual contest. I believe this was part of the reason for our success as it leveled the playing field for Idaho students. In typical years, my students qualify for nationals but the cost of travel to the contest prohibits their participation. This year, there was no cost to attend so every one of the six entries from Blackfoot competed.

I am so proud of the work all the students put into revising their projects based upon the judges’ suggestions at the regional and state level. It is delightful to work with students who want to excel and who are willing to put the time and effort into improving.

History Day is an amazing program that pushes students to engage in their learning, take ownership, and find their voice with a topic that matters to them.