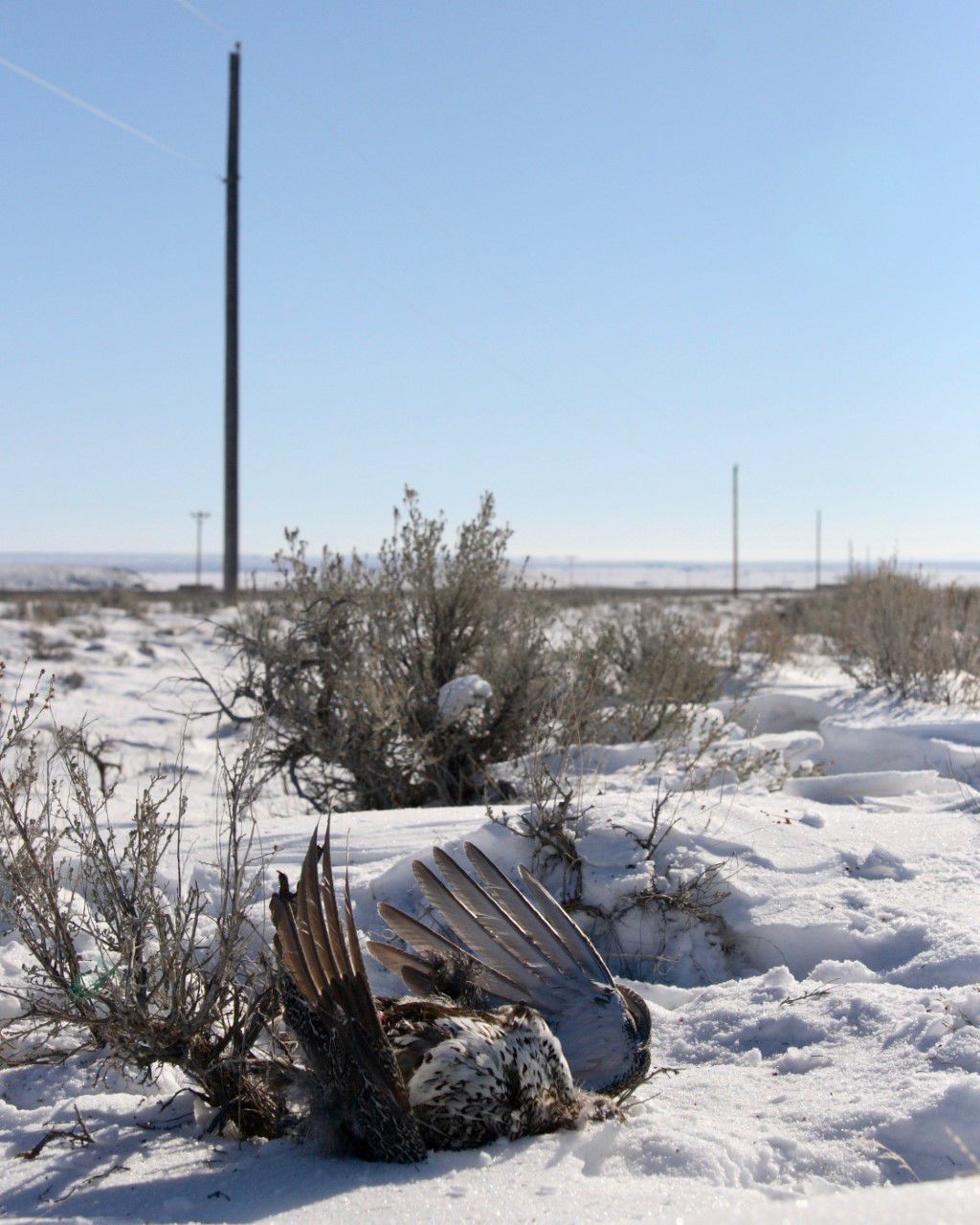 Sage-grouse do not adapt well to infrastructure. This grouse was killed flying into the nearby power line. 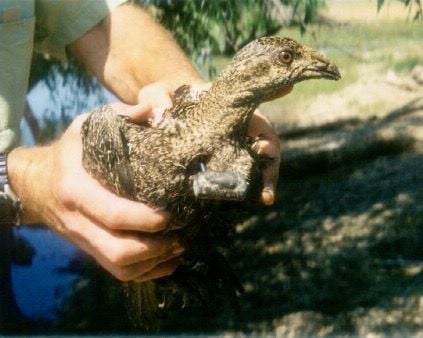 The first sage-grouse documented to have died of West Nile virus. 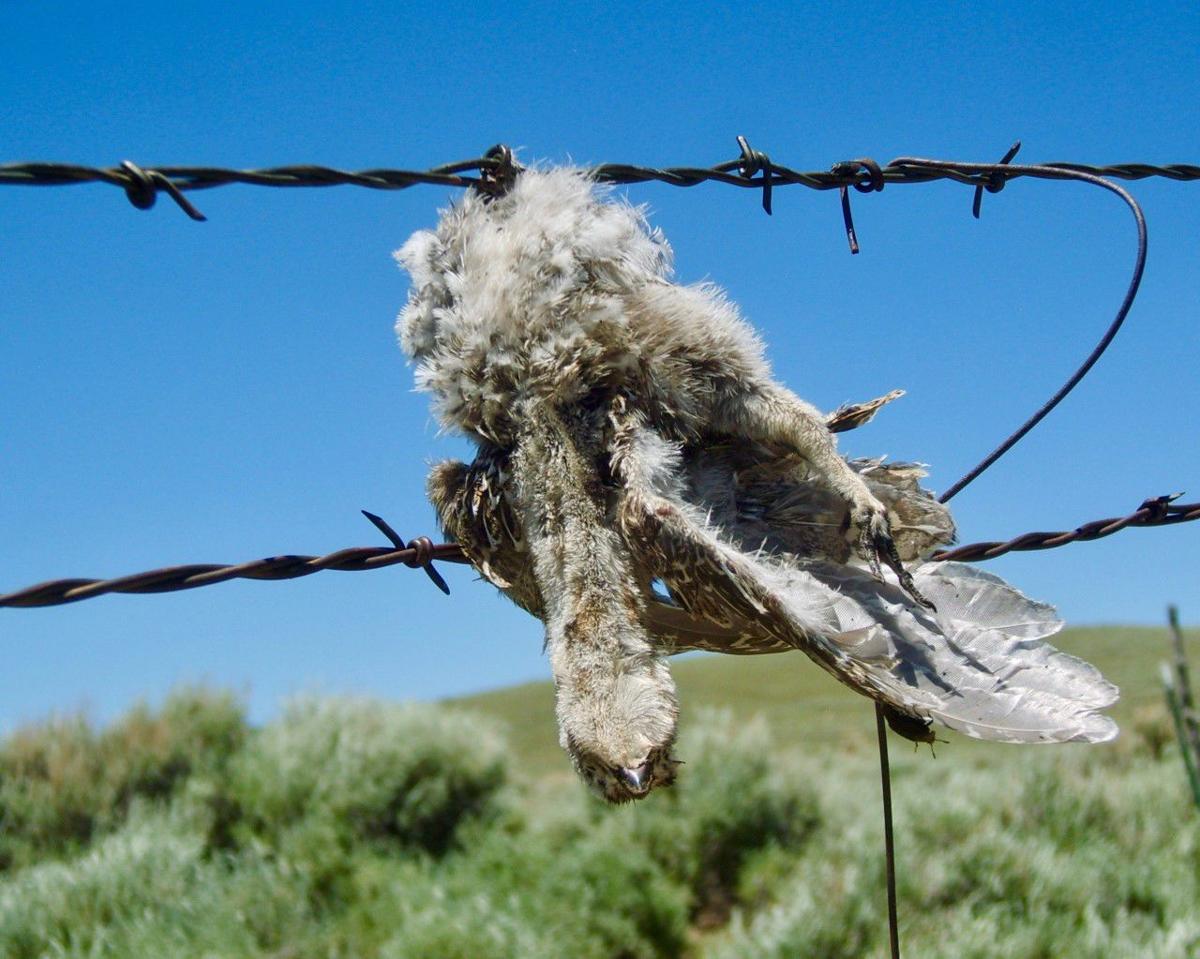 Fences can be deadly for sage-grouse. Here a young grouse flew into a fence.

Sage-grouse do not adapt well to infrastructure. This grouse was killed flying into the nearby power line.

The first sage-grouse documented to have died of West Nile virus.

Fences can be deadly for sage-grouse. Here a young grouse flew into a fence.

As mentioned in last week’s column, greater sage-grouse are in trouble. In the early 1990s, Idaho hunters enjoyed a 30-day season with a bag limit of 3 grouse per day. In 1992 the estimated harvest was 29,900 sage-grouse. Just 10 years later the estimated harvest was 7,576, the season was restricted, and parts of the state were closed to hunting. Further restrictions followed, and in 2019 hunters in eastern Idaho had a 2-day season with a 1 bird daily bag limit.

Scientists have documented sage-grouse population declines throughout Idaho over the last 30 years. Still, Idaho’s sage-grouse trends are similar to those of other states. Over 20 years ago, scientists warned that sage-grouse populations had declined by more than 30 percent over the long term, likely due to habitat deterioration, loss, and fragmentation. Recently, University of Idaho ecologist Oz Garton and colleagues concluded that between 2007 and 2013 in 10 of 11 states (Colorado refused to provide data), populations decreased by 55 percent, accompanied by a decrease in the habitat’s carrying capacity. Recent state reports have largely supported these findings.

State agencies and others have offered a variety of explanations for declines. I’ve heard everything from sunspots to egg predation by deer proposed as reasons for population loss. Frequently, hunting, predators, and livestock grazing are suggested as the primary cause of grouse declines; the factor of the day depending on the type of meeting or article. More recently, population cycles have been used as an explanation by various state wildlife agencies.

Fortunately, biologists know more about sage-grouse than most other western wildlife species. Actual causes of population declines have been identified in most cases, although some of this information has not been well received by policy makers.

Coincident with sage-grouse population declines, sagebrush habitats were lost and degraded. Numerous studies have documented the serious negative impacts that fire has on sage-grouse (remember the bird’s habitat requirements and need to return to the same areas every year?). From 2016 through 2018 over 4 million acres of sage-grouse habitat burned in 11 states and the trend in annual area burned is increasing. Media reports indicate many thousands of additional acres of sage-grouse habitat burned in 2019.

Sage-grouse are a wildland species that do not adapt well to development. Even the barbed wire fence can be deadly to sage-grouse under certain conditions. Numerous studies have shown sage-grouse avoid habitat within 3 miles of industrial activity and scientists have documented effects extending approximately 12 miles. Nevertheless, within the last four years the Bureau of Land Management offered energy leases on nearly 6 million acres of sage-grouse habitat.

In addition to wildfire and energy development, scientists have reported that cheatgrass has altered the resistance of sage-grouse habitat to wildfire. Warm and dry soils facilitate the spread of cheatgrass increasing the frequency and size of wildfires.

The end result of fire, development, and invasive species is that the large chunks of habitat required by sage-grouse are broken up into smaller and smaller blocks and overall quality is degraded.

In localized areas, predation, hunting, and grazing could affect sage-grouse. Given the continued loss of sage-grouse habitat, cycles do not appear to be a convincing explanation for declines and blaming cycles is irresponsible. The science is clear; across most of the species’ range, population declines are largely related to habitat loss/degradation, infrastructure development, and West Nile Virus, regardless of the claims of policy wonks. Next week we’ll take a look at what can be done to fix the problems.