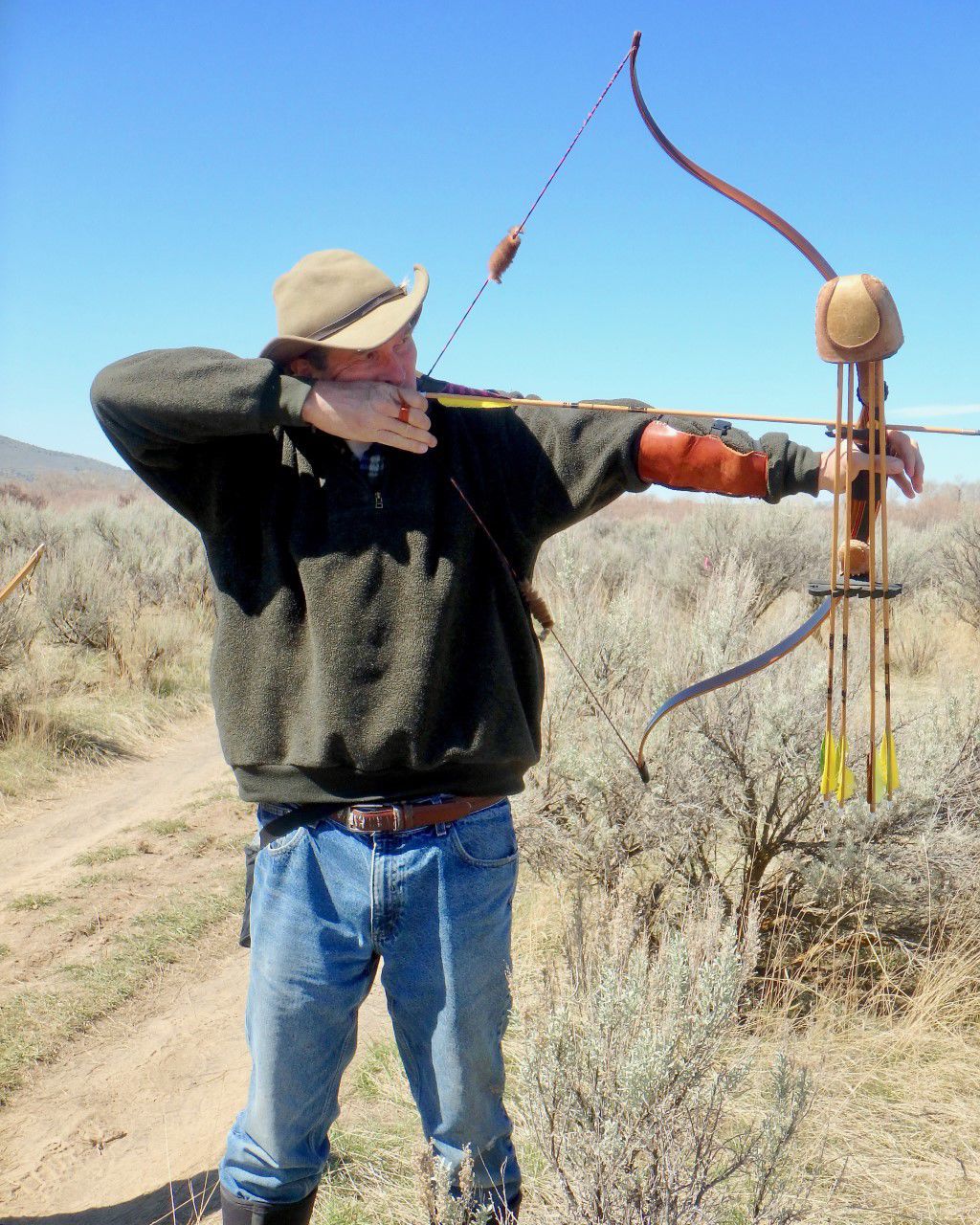 Laminated recurves were in common use by the 1960s. Here, Hub Quade shoots a currently popular model. 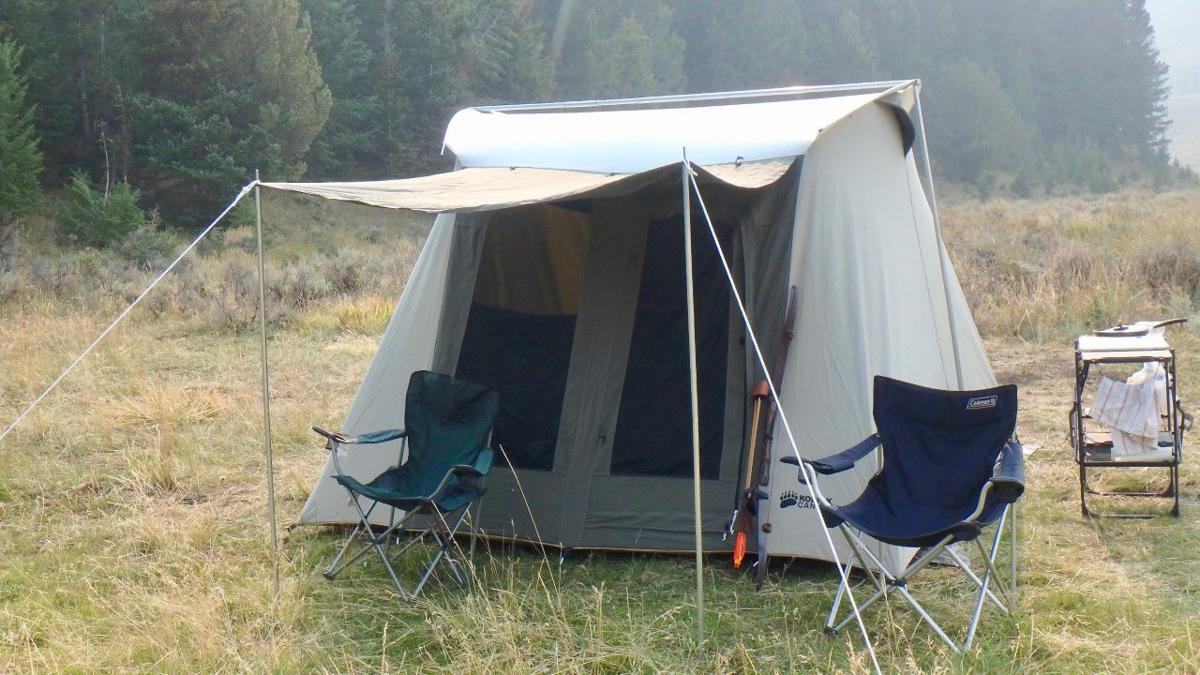 Early bowhunting was a relatively simple affair often involving no more than a tent and a longbow or recurve. 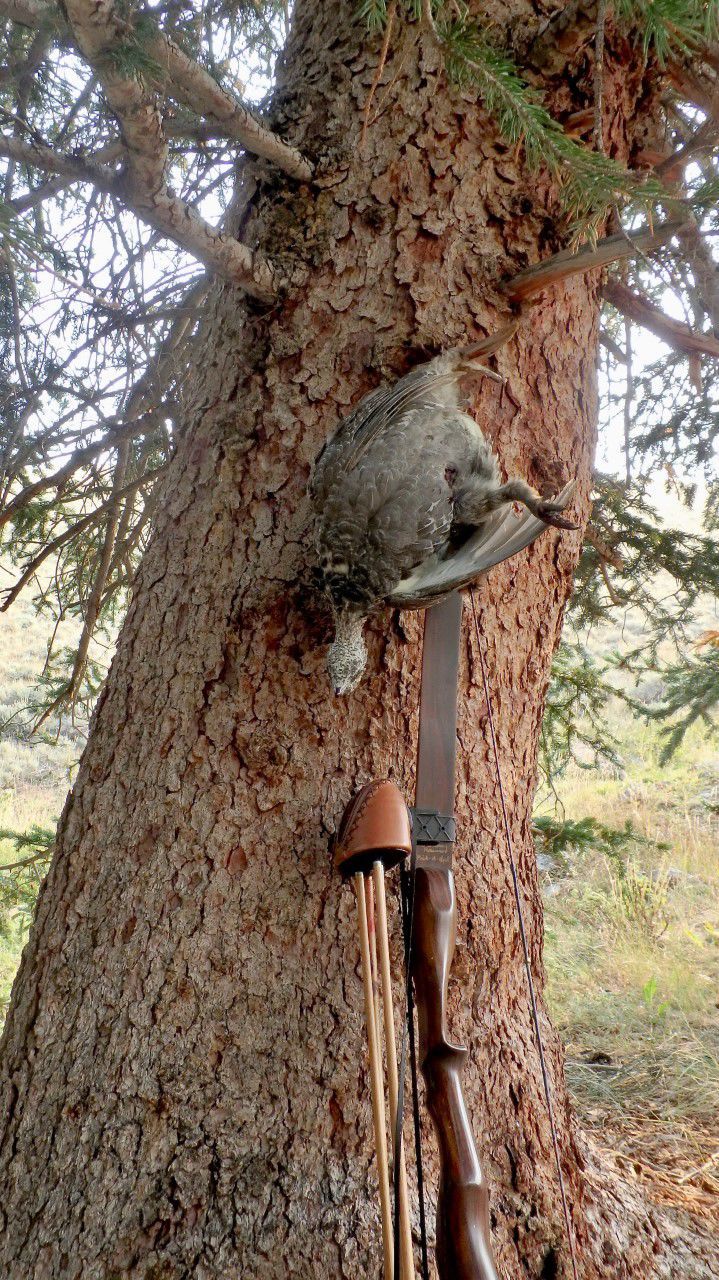 In the hands of a skilled archer, longbows and recurves are effective for taking both small and large game.

Laminated recurves were in common use by the 1960s. Here, Hub Quade shoots a currently popular model.

Early bowhunting was a relatively simple affair often involving no more than a tent and a longbow or recurve.

In the hands of a skilled archer, longbows and recurves are effective for taking both small and large game.

Interest in bowhunting in North America can be traced to the writings of Maurice Thompson and Saxton Pope during the late 19th and early 20th centuries.

Archery tournaments and bowhunting were growing in popularity throughout much of the U.S. in the 1920s and 1930s, but these activities were a bit slower to develop in the Gem State.

The Idaho Archery Association was formed in Weiser in 1940. This was followed by formation of the Idaho Field Archery Association in 1948. The first championship field tournament was held in Rupert in 1949. By 1961, 19 local archery clubs had been organized and affiliated with the state association. Finally, the Idaho State Bowhunters organization was established in 1972.

In the early 1940s, archers appealed to the Idaho Fish and Game Commission to establish a “small” archery season for deer ahead of the rifle season. They must have presented a convincing case, because the commission established Idaho’s first big game archery hunt in September 1945, in what was then the Cassia Division of the Minidoka National Forest. The cost of an archery permit was $10. An inflation calculator indicates this was a pricey tag costing $142.97 in today’s economy. Currently an archery tag costs less than $20.00.

The Minidoka area was a long way to travel for many archers so bowhunters asked the Fish and Game Department to create another bowhunting area. In response, the agency established a second archery deer hunt in an area then known as the Payette Game Preserve in 1948. This was likely the area that was set aside in 1909, when Boise National Forest Supervisor Emile Grandjean asked the state Legislature to establish a 220,000-acre game preserve in the Payette River drainage. The Legislature approved the preserve on March 13, 1909, and it became the first of many game preserves intended to restore Idaho wildlife. The first archery elk hunt was held in this area from Oct. 5-14, 1949.

The Minidoka archery deer area was expanded in 1950 and over the next 10 years areas open for archery hunting generally increased. By 1960, most of the state was open to bowhunting for deer and elk, prior to the rifle season.

How did early bowhunters do? An IDFG report indicated that 22 archers took four deer, for an 18 percent success rate in the first hunt. IDFG reported that no big game was taken by bowhunters in 1949, but in 1950 130 archers took nine animals. In 1952, 25 archers hunted elk and 52 hunted deer in the Payette Game Preserve. No elk or deer were reported taken during this hunt. Overall, estimates suggested bowhunters in the 1940s-50s had about a 5 percent success rate.

Some types of bowhunting took a little longer to implement. In 1954, an archery club in Boise wrote to the IDFG asking if it was legal to shoot carp with their bows. The agency replied “Sorry, fellers, but you will have to use the arrows on something other than fish” and explained that it was illegal to take any fish species with a bow and arrow, including “…trash fish such as carp.” By 1956 things had changed and it was legal to take carp with a bow.

Early bowhunters often used equipment that they or their friends made. Bowhunting was a relatively simple stick and string affair. During the first decade or so of Idaho bowhunting, synthetic materials began to be used in construction of bows, eventually resulting in laminated bows that were in common use by the 1960s. Aluminum shafts began to be used in the 1940s and fiberglass arrows appeared in the late 1950s. Nevertheless, wooden arrows, usually made of Port Orford cedar, remained popular.