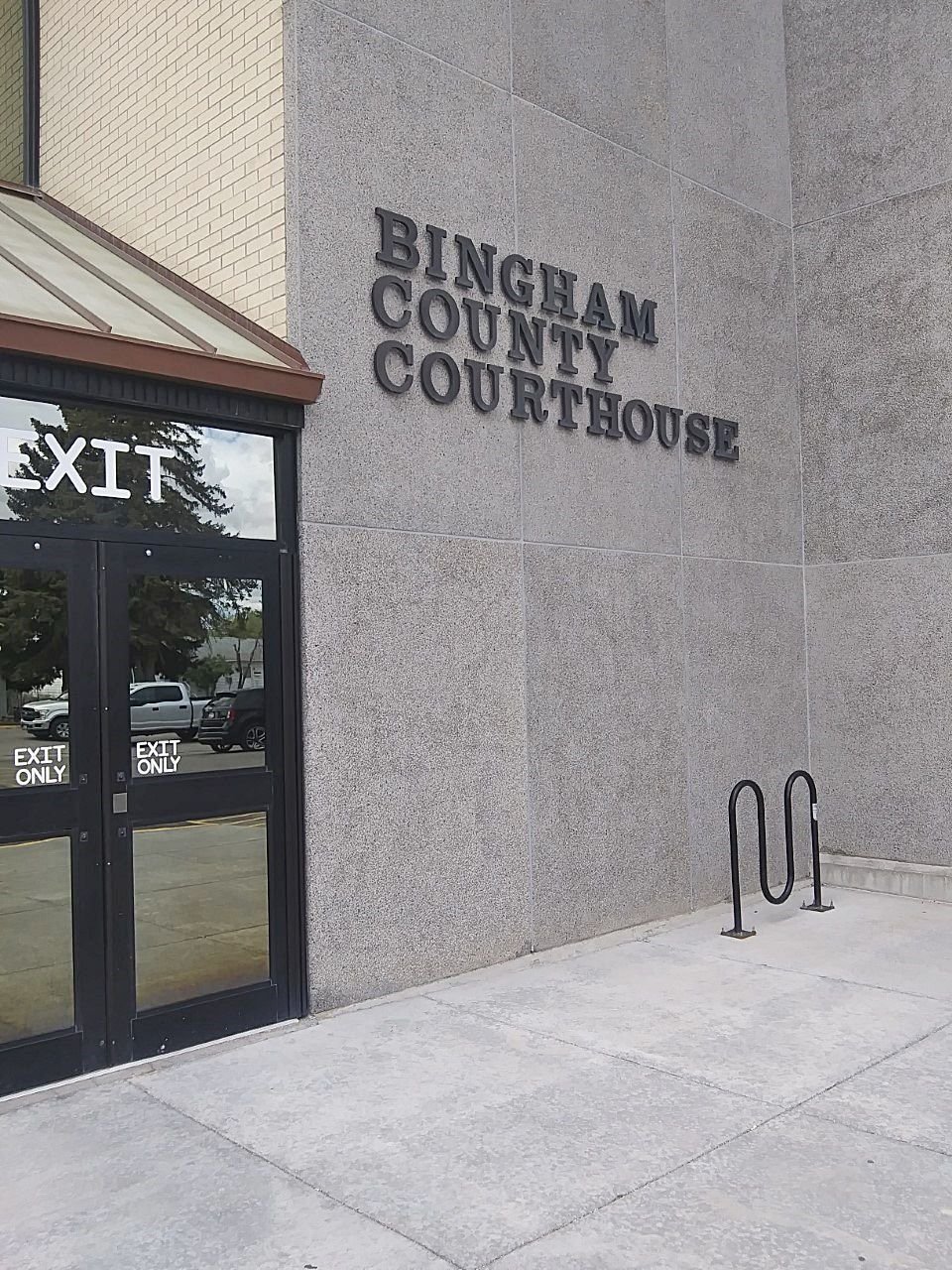 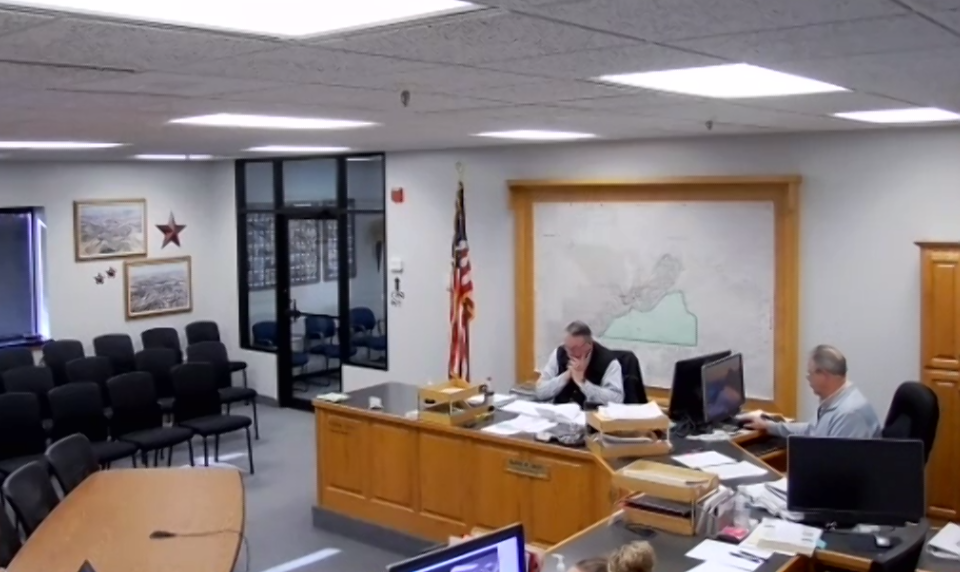 Commissioners Whitney Manwaring and Mark Bair discussed adding a review to the current mask policy at the courthouse to the Friday agenda.

Commissioners Whitney Manwaring and Mark Bair discussed adding a review to the current mask policy at the courthouse to the Friday agenda.

BLACKFOOT – Bingham County Commission Chairman Whitney Manwaring addressed complaints from the public with Sheriff Craig Rowland regarding the mask policy at the Bingham County Courthouse. Employees at the courthouse are not currently required to wear a mask but rather are “strongly encouraged” to wear them.

Manwaring said he has heard from more than one person since the policy was put into place that requires the general public to wear a mask but not the employees, saying they feel it should be an all-or-none policy and that it makes little sense they are required to wear a mask if no one else in the building is. Rowland shared the same interest in the topic, explaining that he understands the issue that could arise with members of the community and he felt that reviewing and making adjustments to the policy as the department heads see necessary is the way to go.

Questions from members of the public have been brought to the commissioners as well as to the Bingham News Chronicle regarding the masking at the courthouse; now, pending the discussion that will take place during Friday’s meeting, the courthouse may see some revisions of the current policy.

Manwaring explained that the original policy that required all to be masked was lifted following the postponement of all jury trials through February. It is hoped they will be able to reconvene for jury trials by March.

Rowland also alerted the commissioners to the information that his department went through the vaccination process on Tuesday, with each of those who were interested in receiving it actually completing the first round of the Moderna vaccine. They already have the second inoculation planned and will complete the round of vaccinations for the sheriff’s office. He also noted that there are nearly 200 other pharmaceutical companies on the verge of receiving the Food and Drug Administration’s stamp of approval to distribute their versions of the vaccine. It is expected to be readily available to the masses as soon as the end of March.