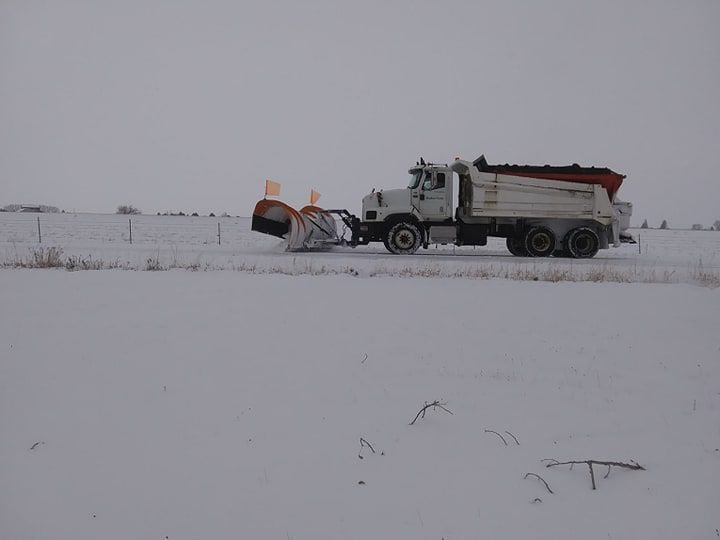 A Bingham County truck plows a road during one of the storms that swept through the area earlier this week. 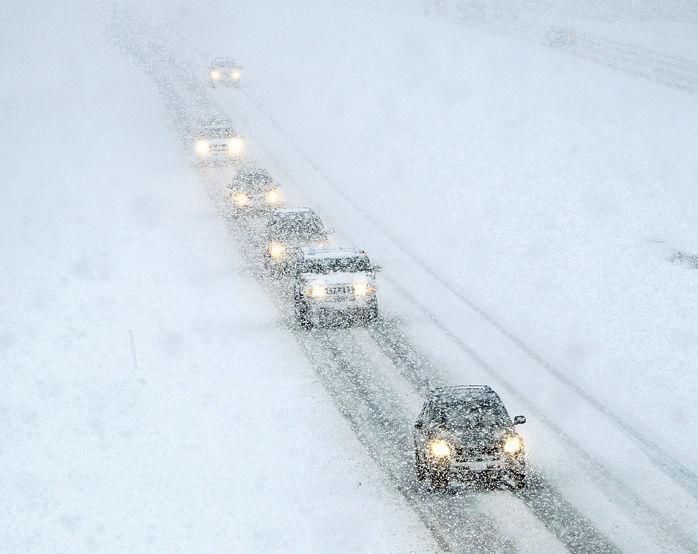 A Bingham County truck plows a road during one of the storms that swept through the area earlier this week.

As is the case for much of the United States as a historic Arctic outbreak continues to wreak havoc with a bone-chilling freeze from the Rockies to the Mississippi Valley and the Midwest, East Idaho can expect “unsettled winter conditions” throughout the remainder of February, the National Weather Service says.

AccuWeather experts report the widespread cold, snow and ice that is affecting much of the nation this month is the most active winter pattern across the country since 1902.

East Idaho has experienced non-stop winter storms since Thursday, initially fueled in part by an early January disruption of the polar vortex. A term that originated in the 1850s, the polar vortex is a large area of low pressure and cold air surrounding the Earth’s North and South poles.

The term vortex refers to the counterclockwise flow of air that helps keep the colder air close to the poles. Sometimes during the winter in the Northern Hemisphere, as was the case following last month’s disruption, the north polar vortex is weakened, sending cold Arctic air barreling southward over the U.S.

“We saw a little bit of that weakened polar vortex effect last week when we got the freezing wind chills in places like Island Park, Ashton and Kilgore,” said National Weather Service Meteorologist Jack Messick. “That icy, windy storm got into Rexburg before this latest storm from the North Pacific came in and pushed it back.”

In addition to southern states including Texas, Louisiana, Mississippi, Tennessee and Oklahoma, which saw nightmarish traffic accidents due to the icy road conditions, a wave of harsh winter weather and bitter cold temperatures left a swath of the Pacific Northwest and parts of the East blanketed in ice and snow Sunday, USA Today reported Monday.

The Texas Highway Patrol had reported several multi-car pileups in the western part of the state by early afternoon, including one that involved 25 vehicles and closed down a portion of Interstate 20 westbound. On Thursday, at least six people died and dozens were injured in a 133-vehicle pileup on a Fort Worth, Texas, highway according to the Associated Press.

In Oklahoma, a fiery accident involving several semi-trailer trucks forced the shutdown of Interstate 44 in both directions northeast of Oklahoma City, says The Weather Channel

The Associated Press says the winter storm on Saturday blanketed the Pacific Northwest with ice and snow that left hundreds of thousands of people without power.

“Freezing rain left roads, power lines and trees coated in ice in the Portland, Oregon, region, and by Saturday morning more than 270,000 people were without power,” the Associated Press reported Sunday. “The extreme conditions, loss of power and transportation problems prompted Oregon Gov. Kate Brown to declare a state of emergency Saturday afternoon.”

To the north in Seattle, more than a foot of snow fell by Sunday morning and more precipitation was expected in the form of sleet or rain that could contribute to power outages, The Seattle Times reported.

East Idaho can expect unsettled winter conditions for the remainder of February, said Messick, adding that a subtropical storm moving into the area on Thursday will bring an above-freezing winter storm to the region. The eight- to 14-day outlook for East Idaho forecasts below normal temperatures and above normal precipitation.

With the subtropical storm set to hit East Idaho on Thursday, it would be easier to measure snow accumulation in terms of feet for higher elevations, Messick said.

The lowland areas such as Pocatello, Chubbuck, Blackfoot, Idaho Falls, Ammon and Rexburg will likely see a slushy mixture of rain and snow, with no more than 1 to 3 inches of accumulation. The Island Park, Tetons and central Idaho mountain regions are expecting about 1 to 2 feet of snow with the storm moving in Thursday and lingering into Saturday morning, Messick said.

The National Weather Service issued a winter weather advisory for much of East Idaho that lasted through Monday evening, with approximately 2 inches of snow accumulating at the Pocatello Regional Airport by late Monday afternoon.

In addition to the winter weather advisory, parts of East Idaho are under an avalanche warning. The Utah Avalanche Center in Salt Lake City issued the warning on Sunday for the mountains of Bear Lake and Franklin counties in Southeast Idaho. The avalanche warning extends into northeastern Utah. The center says the dangerous avalanche conditions will continue in the two counties until at least Tuesday evening and backcountry travelers should stay off even mildly steep terrain.

Similar warnings have been issued in all of the states surrounding Idaho as well.

Messick says the upcoming storm forecast for East Idaho has been making up for one of the driest winters on record for the region.

“We are sort of making up for what’s happened previously this winter,” Messick said. “It’s basically been abnormally dry in East Idaho since July, so we are about due for a surplus month and it could very well be this month.”