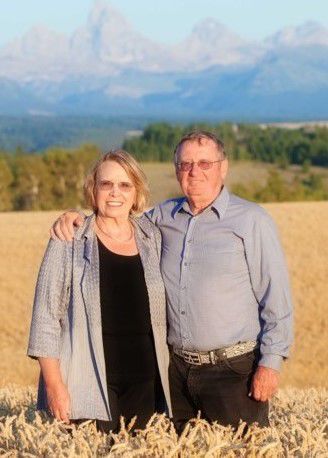 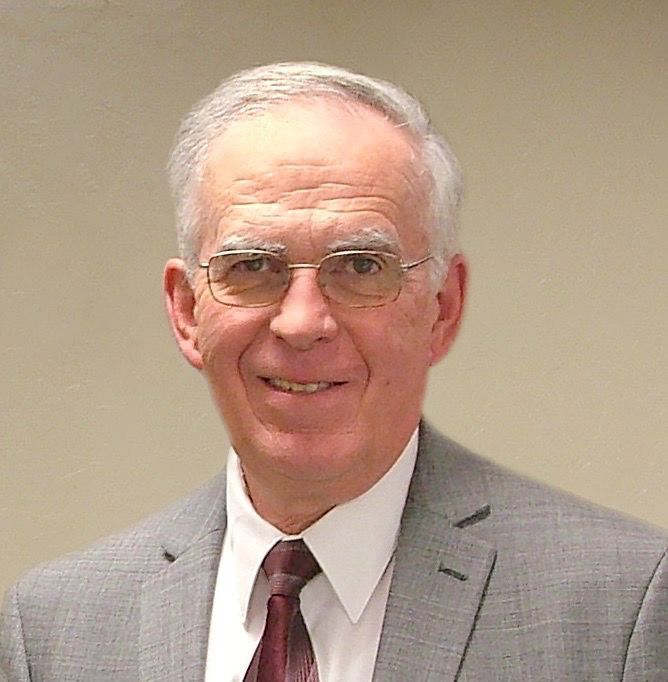 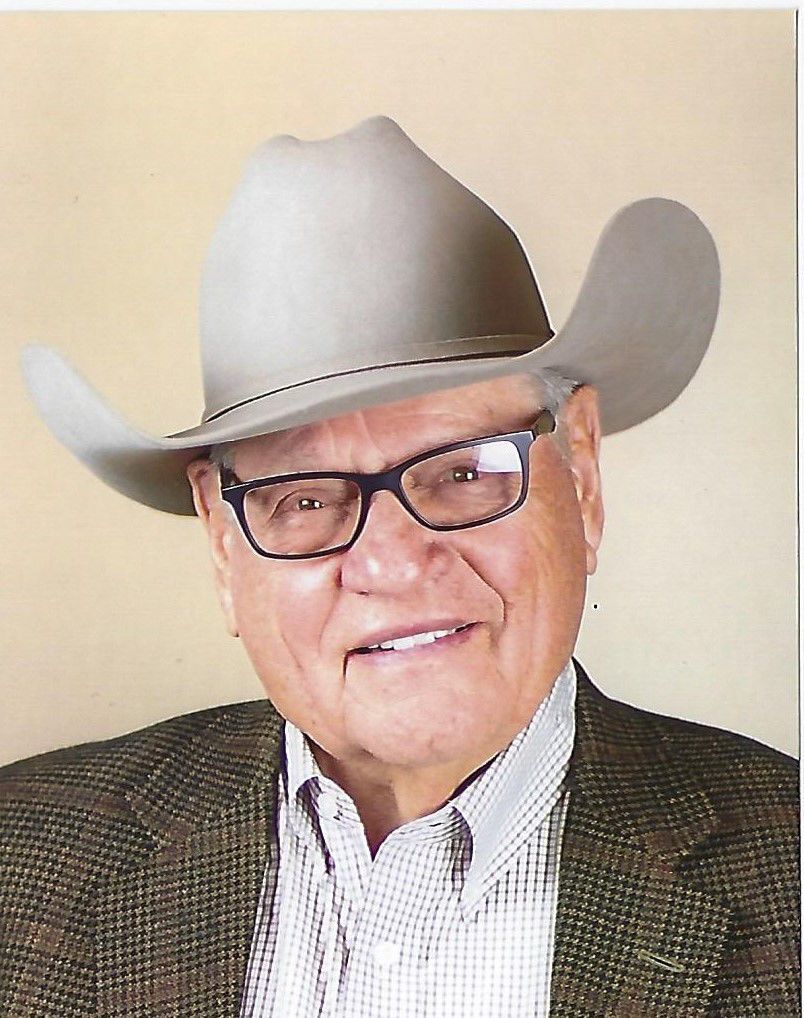 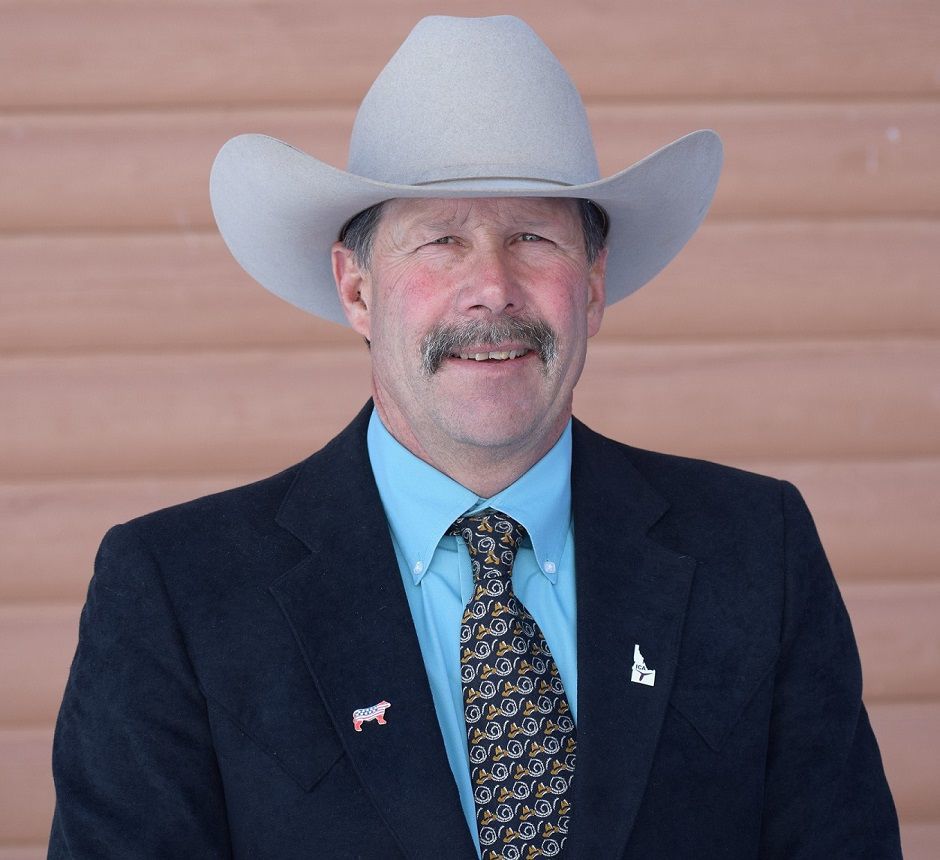 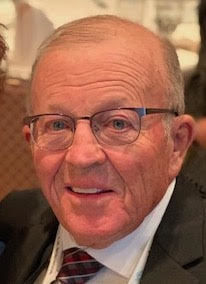 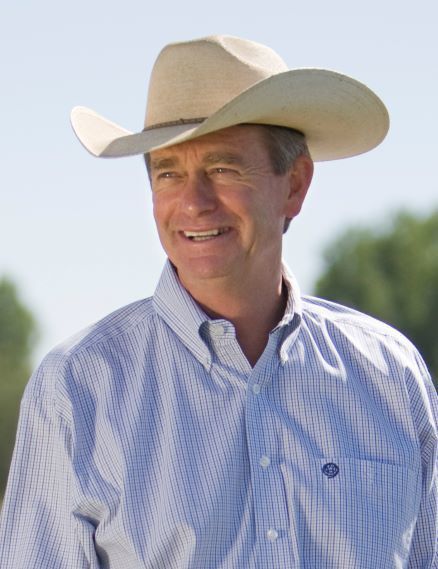 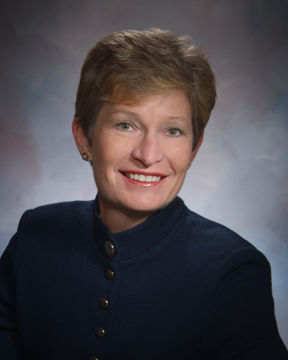 FORT HALL — Eight of Idaho’s agriculture industry leaders will be inducted into the Eastern Idaho Agriculture Hall of Fame during the 48th Annual Banquet & Induction Ceremony on March 13.

In addition to the regional inductees, Idaho Gov. Brad Little and Idaho State Department of Agriculture Director Celia Gould will be honored as members of the Hall of Fame class of 2020.

The event will take place at the Shoshone-Bannock Hotel Events Center in Fort Hall. A no-host reception begins at 5:30 p.m., followed by dinner at 6:30 p.m.

Tickets are $30 and can be obtained at the Idaho Falls Chamber of Commerce, by calling 208-301-1620, or email eiagricultureHF@gmail.com for information. March 5 is the deadline for purchasing tickets.

For their numerous contributions to agriculture, community and education, Clen and Emma Atchley, owners and operators of Flying A Ranch, will be inducted as the Hall of Fame’s first married couple.

Clen and Emma met at the University of Idaho. They married after Clen served with the U.S. Army in Vietnam and Emma completed graduate study. They settled in Fremont County, on property first farmed by Clen’s grandfather, J.A. Atchley.

The Atchley’s Flying A Ranch is recognized across the nation as a leader in quality seed potatoes. They also raise cattle and grain crops. The Atchleys were among the first to start putting up pivots in the Ashton area and to consistently raise wheat in their high elevation and short growing season area. They also constructed a state-of-the-art greenhouse to ensure they were raising the highest quality of seed potatoes.

Striving to ‘leave things better’, they utilize many strategies including crop rotation to improve soil structure and organic matter. They are conscious of preserving wildlife habitat, and have also put a portion of their ground in conservation easements to protect it for future generations.

Clen was a driving force in the development of multiple pipeline projects impacting large acreages of production land under various ownership, resulting in both water and power savings. He also worked to put in a hydro project on the Marysville Canal, which provides renewable power to Fremont County. They have both served as leaders with national, state and local agricultural and education boards and organizations.

They are the parents of two daughters, Evelyn Atchley and Laura Pickard.

After 41 years in the classroom, educator James Summers has been named to the 2020 Class of inductees to the Eastern Idaho Agriculture Hall of Fame. Summers was chosen for the honor based on his influence on students who have gone on with careers in agriculture and in agricultural education.

Born on a dairy and row crop farm in Tremonton, Utah, Summers grew up loving agriculture and the FFA program, a program he has supported throughout his life. He earned a B.S. degree in ag education from USU in 1974, followed by a M.S. in 1980. His career at West Side High spanned from 1974-2015.

During his tenure at West Side High, Summers was able to restructure a failing ag program into a successful and powerful source for hands-on learning in agriculture. Through his efforts, the ag shop was continually upgraded to meet current technology and industry requirements for skills and job readiness. Most of the improvements were made with limited funds and through community grants and mobilizing local “elbow grease.”

After retiring from teaching at Dayton’s West Side High School in 2015, Summers served as a cooperating teacher/mentor for 36 USU teachers and five student teachers from UI.

Summers, and his wife Debbie, live on a small acreage in Preston where they raise and train registered quarter horses and Appaloosa horses. They are both enjoying retirement, and time with their three children, 11 grandchildren and three dogs.

Madison County businessman Sylvan Seely has been named to the Eastern Idaho Agriculture Hall of Fame in 2020 for his irrigation industry leadership.

Seely grew up on a farm in the Twin Groves area near St. Anthony. He farmed and ranched until 1967 when he launched a full-time irrigation equipment business that is now one of the largest in the state. His efforts have helped the Upper Snake River Valley adopt technology resulting in an increased number of acres farmed, reduction in hand labor, water savings and an increase in productivity and yields.

In 1971, Sylvan was a founding member of the Idaho Irrigation Equipment Association and supports their scholarship program every year.

In 1976, after the collapse of the Teton Dam, Seely helped bring in hundreds of irrigation pumps from California to install in area canals to feed water back out to local farmers. He was also instrumental in working on projects installed along the Teton River, many of which continue to operate today.

The Yellowstone Fires of 1988 presented a unique challenge to Seely. As the fires were headed toward the community of West Yellowstone, Montana, Seely worked with local farmers to take semi loads of irrigation equipment to help stop the flames. Irrigation lines were installed, pumps turned on and the community was protected.

Sylvan and his wife Gail are the parents of eight children, several of whom work in irrigation and other ag-related businesses.

Leadore rancher Carl Ellsworth has been named to the Eastern Idaho Agriculture Hall of Fame for his cattle industry leadership. He runs a herd of commercial Angus cattle in the Lemhi Valley that provides heifers and bulls all over the country. It is a family corporation which now involves several of his children.

After graduating with a degree in animal science from Fresno State University in 1982, Ellsworth returned to the family ranch becoming a general partner handling the business end of the operations. When his father, former state Sen. Jim Ellsworth, passed away in 1989, he became general manager of Ellsworth Angus Ranch. He added an additional ranch to the operation and has made numerous improvements to the operation including pasture renovations, strategic grazing and pivot irrigation.

Ellsworth is a respected leader with several cattle and irrigation boards. He has also represented the cattle industry in working with the Upper Salmon Basin Watershed Program and the Natural Resources Conservation Service to enhance anadromous fish habitat in Haley, Eighteenmile, Texas and Big Eightmile Creeks. He is active in the Lemhi County Cattle and Horse Growers Association.

Ellsworth and his wife Kelly, are the parents of six children, who take an active role in farming and ranching.

Kent Taylor, Idaho Falls, has been a farmer, rancher, shipper, warehouse owner/manager, marketer and good friend to growers throughout his 70-year career in the potato industry. For his dedication to the industry, Taylor has been named to the 2020 East Idaho Agriculture Hall of Fame.

As well as growing, buying, storing, selling and shipping potatoes, he’s been involved in hay, wheat, barley, corn and cattle.

Taylor has made a significant individual impact on, and contribution to, agriculture in east Idaho. He grew up on a small farm near Grant, where he learned farming and the potato shipping and warehouse business alongside his father, Howard, who recognized the advantage of controlling their family’s potato crop from planting through to market.

Even as a teenager, Taylor had the ability to analyze the market, predict crop yields and quality, and negotiate deals with sellers and buyers while making lifelong friends in the process.

Taylor and his brothers, Bill and Carl, formed Howard Taylor & Sons in 1975 and owned and operated several fresh pack warehouses in east Idaho through the years. By 2009, in addition to the fresh pack business, the Taylors were growing potatoes, hay, barley, wheat and corn on more than 20,000 acres.

In 2011, Rexburg Fresh merged with Taylor Brothers and the name was changed to Gold Emblem Produce.

Taylor retired in 2014. Until that time, he was one of the last shed owners in east Idaho to do his own sales.

Taylor has three children. He and his wife, Larraine, enjoy golfing and time with friends and family.