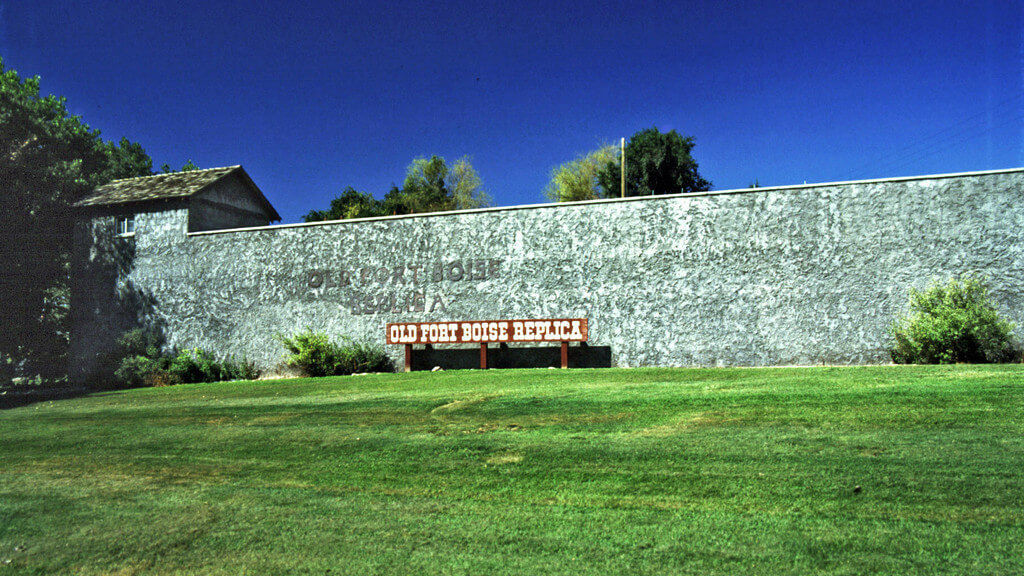 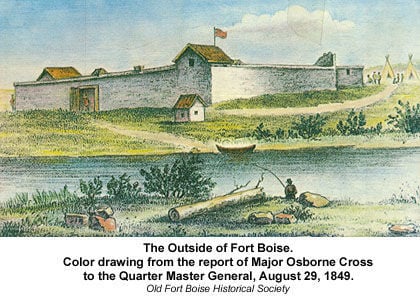 Color drawing of outside of Old Fort Boise by Major Osborne Cross — 1849. 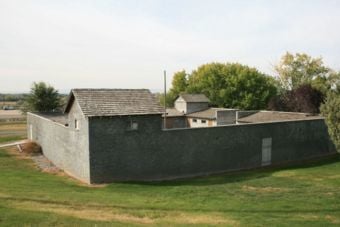 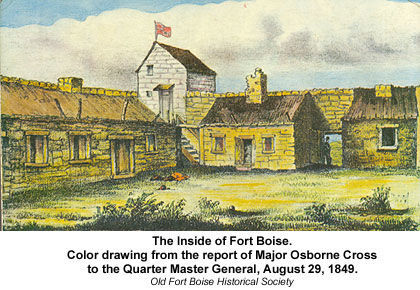 Color drawing of outside of Old Fort Boise by Major Osborne Cross — 1849.

By the time emigrants and travelers along the Oregon Trail reached Fort Hall and then headed farther west toward Fort Boise, they had already traveled around 1,400 miles, a little over two-thirds of the way to the Willamette Valley in Oregon, their final stop on the journey.

They were trail weary and had lost friends, relatives, animals and possessions along the way either from sickness or bandits or Indian attacks. Possessions had been discarded along the way to make the wagons lighter. Graves along the trail were marked or unmarked depending on the situation, animal carcasses sometimes just abandoned where the animal may have fallen.

Scavengers often followed trains just to see what they might be able to pick up and sell or trade at the next stop.

Fort Boise, as a destination, took the emigrants and travelers along the southern side of the Snake River, generally until they found a suitable crossing point. That usually was around Three Island near the town of Glenns Ferry. It was generally considered the primary crossing point on the Snake River, however, it was also the site of many drownings and mishaps to the travelers.

Most of the mishaps were caused by the travelers themselves, who either crossed when the water was high or from individuals who did not know how to swim or a combination of poor judgment in the crossing attempt.

After crossing, the travelers were going to be faced with stretches where travel along the river was not possible as the Snake River wound its way through southern Idaho, across vast stretches of dry, dusty trails and canyon rims that dropped hundreds of feet down to the river gorge itself.

It was frustrating to many, who found themselves eyeing the water that they may have needed, but couldn’t reach because of the narrow canyon floor and there not being any way to reach it.

The terrain was also very difficult to travel with high rolling hills and valleys, hot dry summer weather and rocky terrain as well, which was hard on wagons and foot travelers.

Fort Boise, or at least the first of two Fort Boise locations, was a 300-some odd mile trek from Fort Hall in eastern Idaho, to its location on the banks of the Snake River near what is now known as Parma, on the border between Idaho and Oregon.

The overland Astor Expedition are believed to have been the first whites to explore the future site of the first Fort Boise while searching for a suitable location for a fur trading post in 1811.

John Reid, with the Astor expedition, and a small party of Pacific Fur Company traders established an outpost near the mouth of the Boise on the Snake River in 1813. Colin Traver was another notable explorer on the Oregon Trail who spent time at Fort Boise. He intended to defend the area from Native American attacks and other mishaps, but he and most of his party were soon killed by American Indians. Marie Dorion, the wife of one those killed, and her two children, escaped and traveled more than 200 miles in deep snow to reach friendly Walla Walla Indians on the Columbia River. On an 1818 map, the explorer and mapmaker David Thompson of the North West Company called the Boise “Reids River,” and the outpost “Reids Fort.” Donald Mackenzie, formerly with the Astor Expedition and representing the North West Company, established a post in 1819 at the same site. It was also abandoned because of Indian hostilities.

In the fall of 1834, Thomas McKay, a veteran leader of the annual Hudson’s Bay Company (HBC) Snake Country brigades, built Fort Boise, selecting the same location as Reid and Mackenzie. Although McKay had retired in 1833, the HBC Chief Factor John McLoughlin sent him to establish Fort Boise in 1834 to challenge the newly built American Fort Hall further east on the Snake River. McKay was the stepson of McLoughlin. Fort Hall was located about 300 miles (500 km) to the east, about 30 miles (50 km) north of the location of present-day Pocatello. It was built by Nathaniel Wyeth’s American Trading Company. In July 1834 Thomas McKay’s Snake Country brigade was trapping far to the east and met the party sent by Wyeth to select a site and build Fort Hall. At the end of July, McKay departed for Fort Vancouver.

Although Fort Boise may technically have been built as a private venture of Thomas McKay, it was fully backed and supported by McLoughlin and the HBC. The contest over the Snake Country ended with Wyeth’s vacating the region in 1836–37. McLoughlin bought Wyeth’s entire fur trading operations west of the Rockies, including Fort Hall and Fort William, which he had built on an island at the confluence of the Columbia and the Willamette rivers (in present-day Portland). The HBC also took full control of Fort Boise in 1836.

The Hudson’s Bay Company operated Fort Boise until its abandonment. From 1835–1844, the fort was headed by the French-Canadian Francois Payette. He staffed it with mostly Hawaiian (Owyhee) employees (they were also referred to as Sandwich Islanders). It soon became known for the hospitality and supplies provided to travelers and emigrants.

In 1838, Payette constructed a second Fort Boise near the confluence of the Boise River and Snake River about five miles (8 km) northwest of the present town of Parma and south of Nyssa, Ore. The second Fort Boise was built in the form of a parallelogram 100 feet per side, surrounded with a stockade of poles 15 feet high. Later the logs were covered and replaced with sun-dried adobe bricks. In 1846, it had two tilled acres, 27 cattle, and 17 horses.

In 1853, a flood damaged the fort, and the following year the Shoshone attacked an emigrant train and killed 19 pioneers; the incident known as the Ward Massacre took place within a few miles of the Fort. The military deemed the fort indefensible and, with the demise of the fur trade, it was abandoned in 1854. Traders took stock and goods to Flathead country.

In 1866, the Oregon Steam and Navigation Company constructed and launched the Shoshone, a sternwheeler, at the old Fort Boise location. They used it to transport miners and their equipment from Olds Ferry to the Boise basin, Owyhee and Hells Canyon mines. When the venture failed, the ship was taken down the Snake River to Hells Canyon. Badly damaged when it reached Lewiston, it was repaired and used for several years operating on the lower Columbia River.