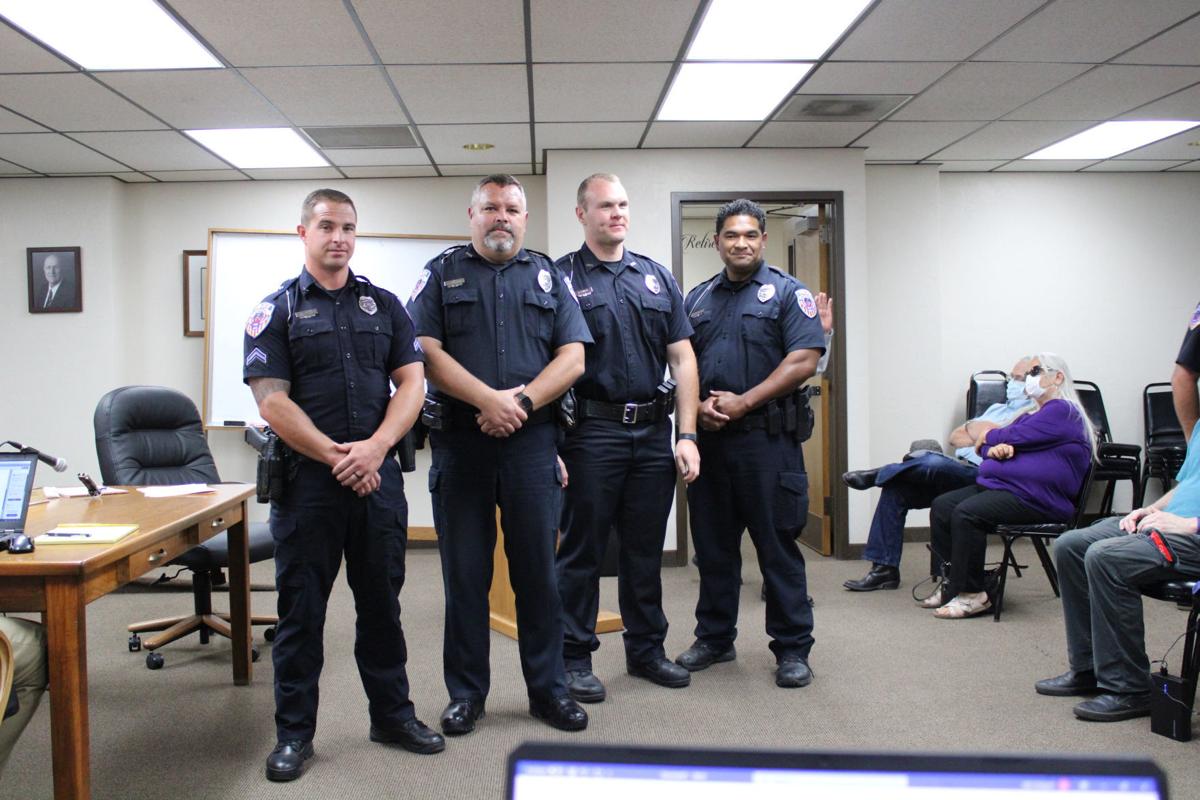 These four officers went above and beyond the call of duty to save a suicidal man's life on June 12, 2020. 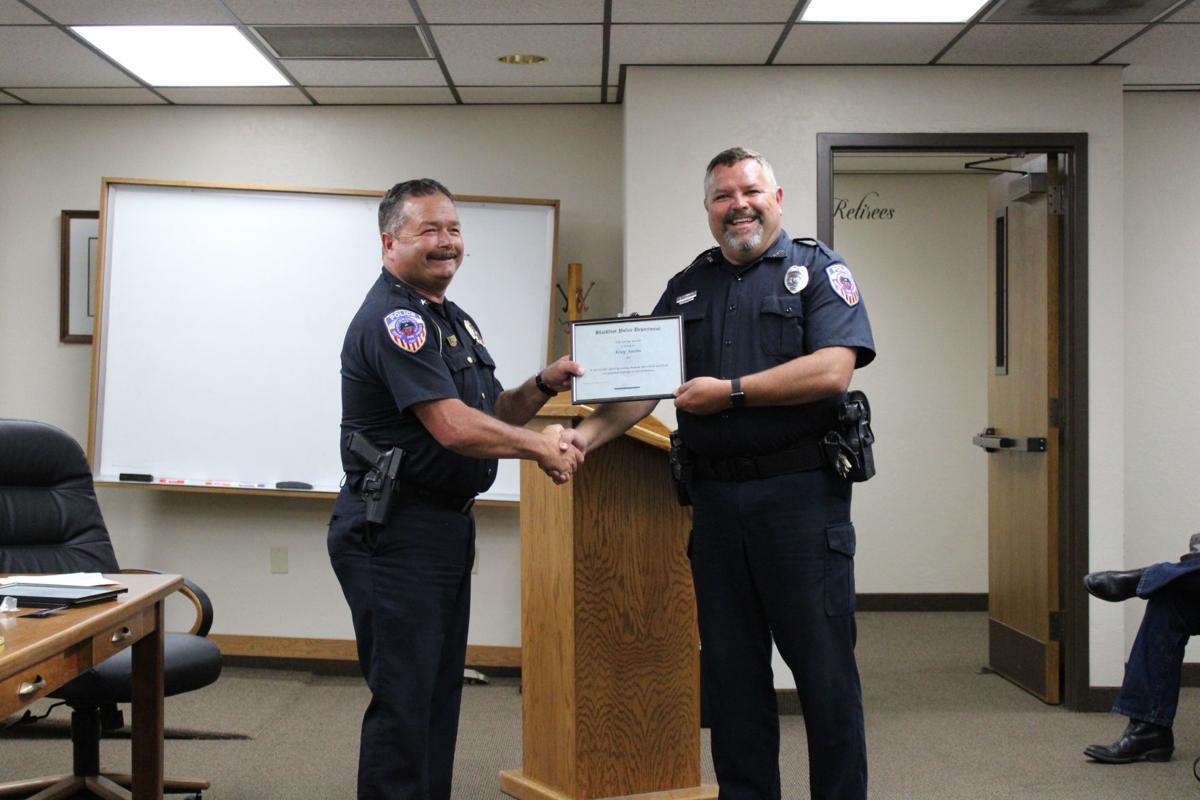 Greg Austin is presented with his lifesaving award following a speech by Chief Gay. 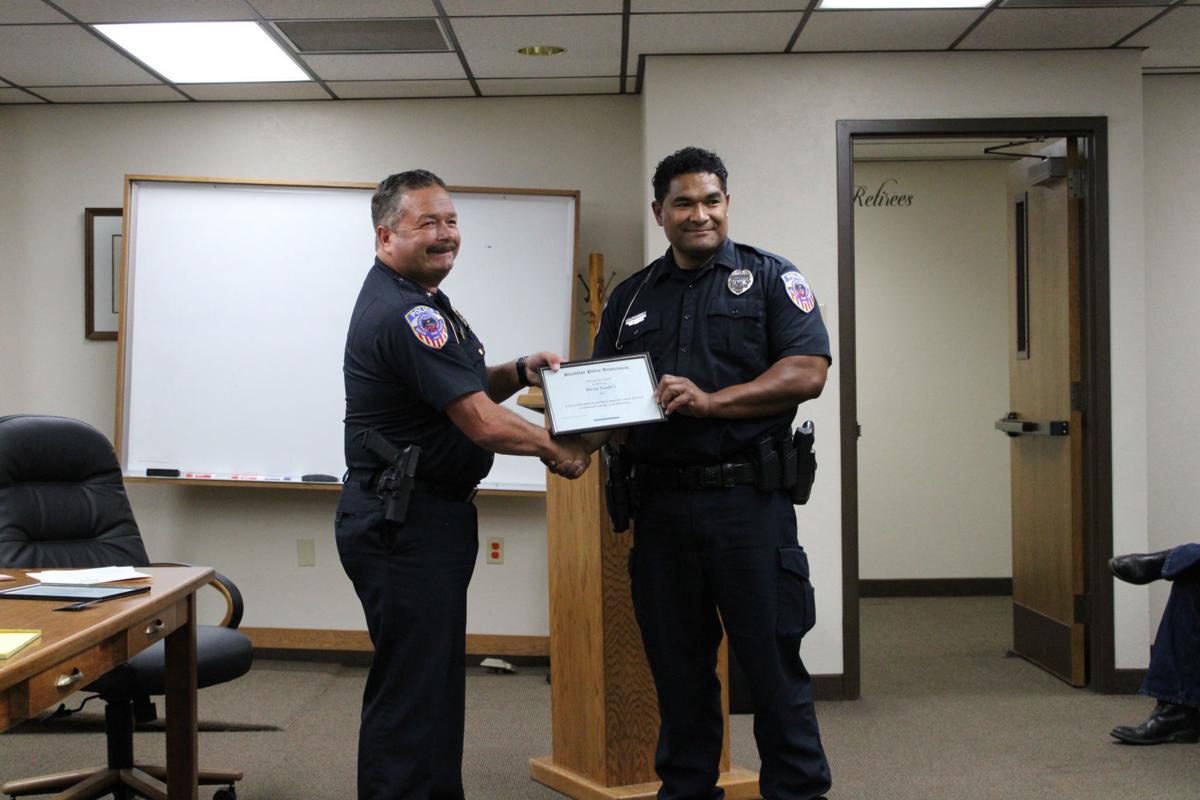 Officer David Taufu'i is presented with an award for saving a life. 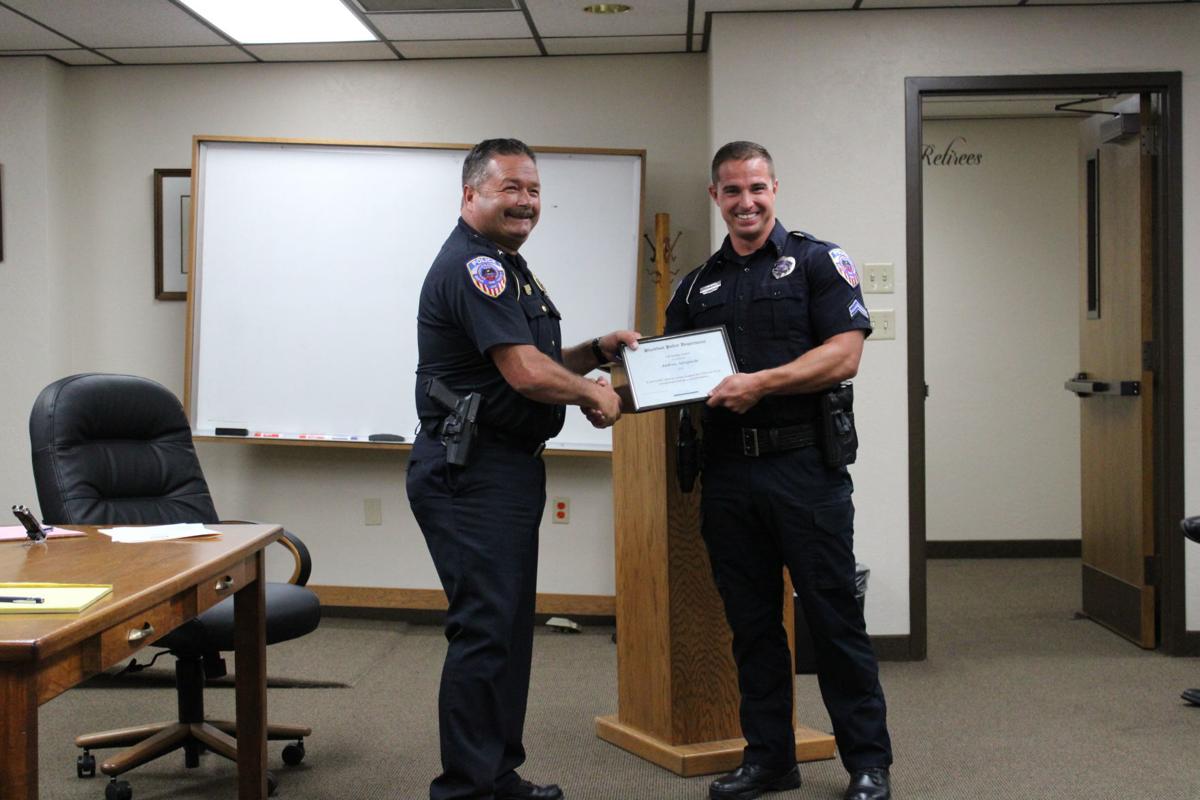 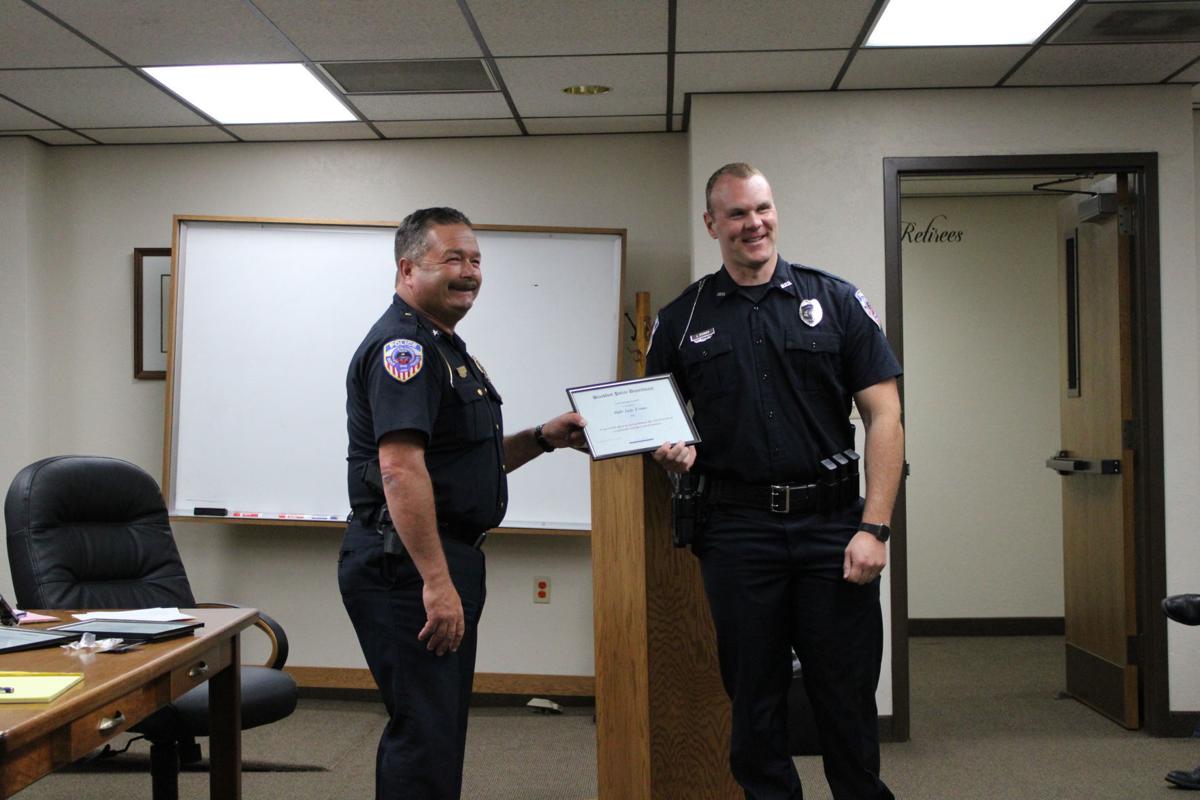 These four officers went above and beyond the call of duty to save a suicidal man's life on June 12, 2020.

Greg Austin is presented with his lifesaving award following a speech by Chief Gay.

Officer David Taufu'i is presented with an award for saving a life.

BLACKFOOT – Last Tuesday's Blackfoot City Council meeting started off with the Pledge of Allegiance and immediately shifted gears when Mayor Marc Carroll turned the time over to Blackfoot Police Chief Scott Gay, who recognized four of his officers.

Gay stepped up to the podium and read a recollection of events to those in the audience.

“Tonight we are honoring four officers with the lifesaving award. As officers we are frequently involved in lifesaving activities that we believe make many differences in our community,” Gay stated. “There are a few events where officers go above and beyond, showing a great amount of valor and heroism and love for their fellow man where they place higher value on another person's life than their own.

"These four officers will tell you that every officer would have done the same thing, and I would like to say that as well, but not all of us get put to that test. On June 12, officers Jade Evans, David Taufu'i, Greg Austin, and Andrew Adrignola were put to that test.”

The subject in the incident involved was considered mentally unstable and suicidal. When the officers arrived on scene, Gay said, this person was brandishing a weapon, even pointing it at the officers. The man had positioned himself in a way that even if he was disarmed, he would perish. After a dialogue was had, the man offered up his pistol to the officers and began trying to take his own life.

The officers changed from a tactical unit to lifesaving first responders. It was the actions the officers took that saved the man's life.

Chief Gay then presented each of the four officers with an award and thanked them for their efforts in the line of duty. The city council members also made it a point to acknowledge the efforts put forth by Austin, Taufu'i, Evans, and Adrignola as well as the rest of the Blackfoot Police Department.

Mayor Carroll made it a point to shake hands with all of the officers and personally thanked each of them for their service to the community and hard work. He thanked the department for the sacrifices all of them have made, including no time off since March due to COVID-19, and even being asked to leave any form of secondary employment in efforts to prevent bringing any illness into the department inadvertently.