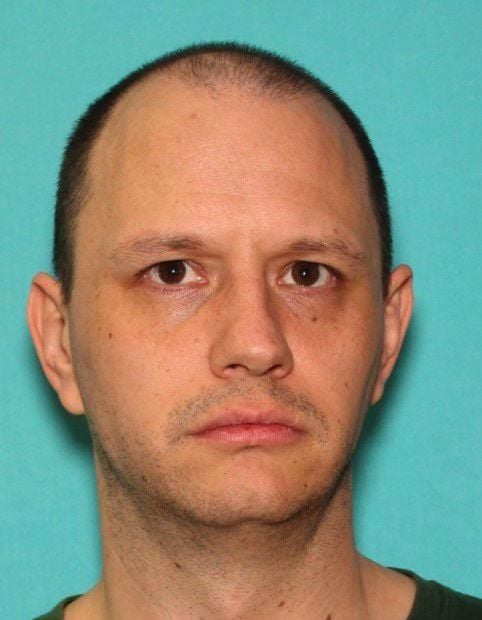 CHALLIS — After a three-and-a-half hour sentencing hearing, Travis Leavitt was sentenced to 25 years in prison for raping a 17-year-old Challis girl on June 17, 2019.

Judge Stevan Thompson handed down the sentence after hearing recommendations from the attorneys. Custer County Prosecuting Attorney Justin Oleson recommended a term of 40 years to life and Fred Snook, Leavitt’s lawyer, asked for at most six years.

Oleson said that because Leavitt is a repeat offender with a penchant for committing sexual assaults shortly after being released from a detention facility he should stay in prison for a long time.

Leavitt’s first conviction came in 2000 for lewd conduct with a minor. Shortly after his release for that crime, Leavitt committed rape in 2006 in Twin Falls County, for which he served 12 years. Leavitt left prison and he came to live and work in Challis, where he committed his third offense in June 2019, less than a year after being released.

Oleson claimed the pattern of behavior shows Leavitt has no remorse for his indecent behavior and that he will likely rape again if given the chance.

“He is a danger, he is a re-offender,” Oleson said to Judge Thompson. “He is a high, high risk.” Oleson said if Leavitt is imprisoned until he is in his 70s, he either wouldn’t have the desire or the ability to assault women.

Snook argued that Oleson’s recommendation was too punitive given the crime. He said Leavitt still has the potential to be a contributing member of society if he can learn to control his urges. Snook argued the best thing for Leavitt is to send him to a state hospital for mental health treatment before serving a sentence of five to six years.

“I know I have issues,” Leavitt said when it came time for him to address Thompson. “I know in my past I have made mistakes. I own those mistakes.”

Leavitt claimed his behavior is a result of his upbringing. His father, Richard Leavitt, murdered and mutilated a woman in Blackfoot in 1984, the same year his son was born. Leavitt’s father was arrested a month after he was born and was sentenced to death. He was executed in 2012.

Without a paternal influence in his life, combined with the shame of being related to a murderer and a lifetime behind bars, Leavitt and his lawyer argued he is a product of a bad environment.

Thompson also heard emotional testimony from family members of both the victim and Leavitt. The judge said his decision takes into account this particular case and not the crimes of a younger Leavitt or his father.

Thompson repeatedly said the linchpin of his decision was Leavitt’s grooming behavior before the incident. Rapists will often ply their victims beforehand, offering them gifts and compliments to appear friendly. In the weeks leading up to the rape, Leavitt gave his victim candy, marijuana and constant attention through social media. He tried to isolate the victim from her friends and family by speaking divisively of them, which Thompson pointed out is another giveaway.

“I think the testimony established a lot of grooming behavior,” Thompson said, referring in particular to the testimonies of the victim and her best friend that were given at Leavitt’s trial in February.

Thompson said he tried to put the incident in the context of Leavitt’s life, but he couldn’t reconcile it.

“Protection of society is the primary objective of the courts,” Thompson said, and he acknowledged the possibility of Leavitt committing another crime.

It is obvious Leavitt committed rape last year, the judge said, and the fact that Leavitt maintained his innocence to the end only added insult to injury.

Thompson gave Leavitt 25 years with the possibility of parole after 15. Leavitt can appeal the sentence within 42 days.

Voices cracked and wavered as family members of both Travis Leavitt, who in February was convicted of raping a 17-year-old Challis girl, and his victim spoke at his June 15 sentencing.

The victim's mother and grandmother spoke before Judge Stevan Thompson issued a sentence. The grandmother said "being here is a grandparent's worst nightmare." She detailed the struggle her granddaughter has gone through because of Leavitt, who committed the rape on June 17, 2019. Without her granddaughter's consent, the grandma said Leavitt robbed her of her zest for life.

"It's been 12 months of anger, anguish and uncertainty," the woman said, referring to how it took almost a year for Leavitt to receive his punishment.

"I sometimes feel I have lost my granddaughter," the grandma said, her voice quivering.

The victim's mother further explained the impact Leavitt's actions had on her family, speaking between shaky breaths. Both she and her husband have dealt with depression and anxiety, mostly from having to watch their daughter distance herself from them while she struggled with what happened.

"The thing about rape is the act itself is only the beginning of the trauma," the mother said.

The mother pointed out her daughter has been forced to relive the incident over and over again as she was questioned by lawyers, doctors and police officers. Living with what Leavitt did will be a daily struggle for the rest of her daughter's life, the mother said.

Speaking directly to Leavitt, the mother said she takes comfort in the knowledge her daughter is strong enough to get past what he did to her.

"My daughter is stronger than you ever imagined," she said to Leavitt. "You have no power over my daughter."

Members of Leavitt's family took the stand next to try and mitigate Judge Thompson's view of him. Leavitt's mother, Kathy Griffith, spoke about Leavitt's difficult childhood. She spoke about his father, Richard Leavitt, who was arrested for murder the same year Leavitt was born. Growing up without a father hurt Leavitt, Griffith said, and being diagnosed with ADHD and being forced to take Ritalin didn't help.

Leavitt's grandmother, Nadine Griffith, backed up her daughter's claims. She and her husband, Doug, helped raise Leavitt after he and his mother moved to Challis when he was young.

Both women said Leavitt was brought up to be a good person. After his 12-year sentence for committing rape in 2006, they said he had only good intentions. They maintained Leavitt's innocence. Leavitt's grandmother said this case came down to a game of he-said-she-said, which felons lose, no matter what.

"This is something that no one should have to go through," Oleson read. "I no longer feel safe and confident in my own body."

The victim recognized the incident has changed her emotionally. She's become prone to angry outbursts and has lost interest in her hobbies and being social. One of the roughest parts of the ordeal, according to the victim, was that some of her high-school peers thought she was crying wolf for attention. They thought it was OK to make fun of and bully her, which only added to her problems.