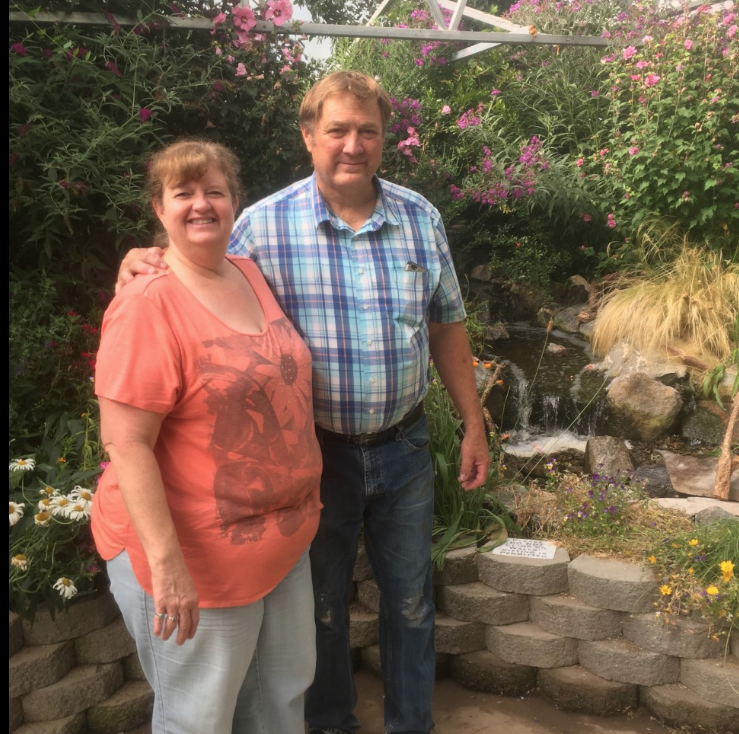 Karen and Randy Reed stand within their butterfly house and botanical garden in Pingree, called the Butterfly Haven. 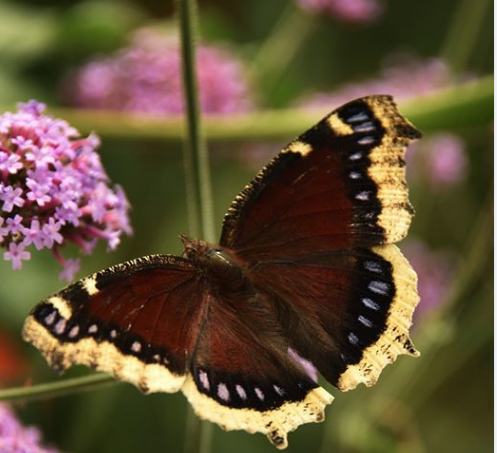 A butterfly is attracted by a flower inside of the Butterfly Haven in Pingree. 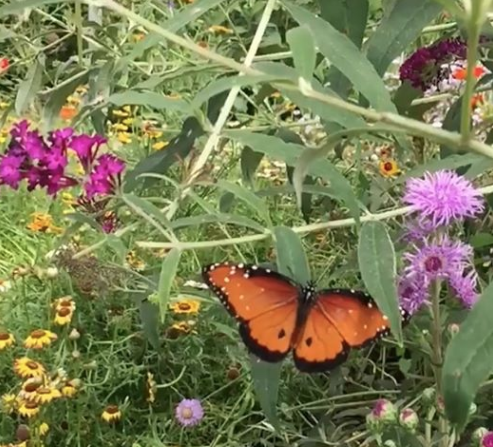 Several species of flowering plants and vegetation support the butterflies inside of the Butterfly Haven in Pingree.

Karen and Randy Reed stand within their butterfly house and botanical garden in Pingree, called the Butterfly Haven.

A butterfly is attracted by a flower inside of the Butterfly Haven in Pingree.

Several species of flowering plants and vegetation support the butterflies inside of the Butterfly Haven in Pingree.

PINGREE — Karen and Randy Reed got out of the commercial herb business after a mischievous raccoon chewed a wire and killed power to cooling fans inside of their greenhouse.

Much of their culinary herb crop baked in the heat on that 100-degree day in August of 2018, so they shifted their full attention to a bold new business concept they’d launched a month earlier — selling time in a tranquil, butterfly paradise.

The Pingree couple had converted one of their greenhouse bays into a botanical garden supporting several types of butterflies, charging admission for guests to enjoy the peaceful setting.

The Butterfly Haven has since evolved into a destination attraction for travelers, tour groups and school field trips from far and wide. Located at 1462 W. 200 S., near their home in rural Pingree, it’s open from 10 a.m. to 5 p.m. on Monday through Saturday and from 11 a.m. to 4 p.m. on Sunday.

At the start of this season, they opened a second bay, growing their botanical garden to 8,000 square feet of public space. They’ve planted trees and nectar plants to support up to 28 different species of U.S. butterflies and have upwards of 1,500 butterflies fluttering inside at a time, in addition to six species of birds.

“My profession used to be that I grew food for people, and now I grow food for butterflies,” Randy said.

The Reeds have a track record of ignoring skepticism about their business plans and allowing their passions to guide their decisions. In 1987, they decided to open a greenhouse to raise hot house tomatoes. They had to use their own finances, unable to get a loan from bankers who assured them the business plan wasn’t viable.

They sold tomatoes for 18 years, until Canada ramped up its produce production and they could no longer compete. They chose to diversify into organic culinary herbs: Karen explained herbs have a short shelf life, making local sources more important.

Randy was allergic to onions and looked to fresh herbs as a way of giving flavor to his food. They went on to supply several grocery stores with more than 20 varieties of herbs.

Their herb sales grew steadily throughout 25 years. In the initial years, fresh herbs weren’t commonly used in Southeast Idaho, so Karen had to do demonstrations in stores to educate potential customers.

They lost a major retailer and the rising cost of audits began cutting into their bottom line, however, and the Reeds were looking to switch to a seasonal business that wouldn’t require them to work year round in their retirement.

Most of the nation’s other butterfly houses are associated with a zoo or botanical garden. The Reeds are among the few private operators.

Randy has been passionate about botany, beekeeping and lepidopterology since childhood. Randy recalls how his father could never pass a milkweed patch without stopping to look for caterpillars.

“My dad would always bring caterpillars home to us and we’d raise them in a canning bottle,” Randy said. “I always turned them loose but never wanted to.”

Randy had been wanting to apply his skillset toward opening a butterfly house for more than 15 years when he and his wife finally took the gamble.

While most other butterfly houses feature exotic and vibrant tropical species, The Butterfly Haven keeps only butterflies native to the U.S., such as giant swallowtails, painted ladies, white peacocks, viceroys and malachites. Visitors can see all stages in the life cycle of the caterpillars and butterflies native to Idaho. They purchase the other species from butterfly farmers in the spring, raising butterflies throughout the season in three flight houses that are not accessible to the public.

“In our world, butterflies are diminishing, so people don’t get to see the butterflies like they used to,” Randy said.

They find people come both to view the botanical garden and the butterflies.

They’ve created retaining walls to hold soil and they irrigate with popup sprinklers. They made a pair of small waterfalls and also have water streaming from an old-fashioned hand pump.

Randy, who has maintained a nursery of trees for the past 30 years, raises all of his own plants for the botanical garden.

“You have to have an awful lot of plants, and healthy plants, to have healthy caterpillars,” Karen said.

Signs throughout the exhibit educate visitors about the species of caterpillars and butterflies and the importance of pollinators, as well as threats to their existence. Karen explained three-fourths of the world’s flowering plants would not exist if not for pollinators.

Industrial gasses, the loss of milkweed due to modern agriculture’s conversion away from flood irrigation, spraying along railroad tracks and herbicide use have contributed to the decline of pollinators, Karen said.

“They are disappearing. People don’t realize how important pollinators really are in our world,” she said.

The COVID-19 pandemic delayed their opening date by about a week and they believe business has been off a bit this season. They note there is ample room inside for guests to maintain a safe distance from one another.

“We still have room to grow and I think it will grow,” Karen said.