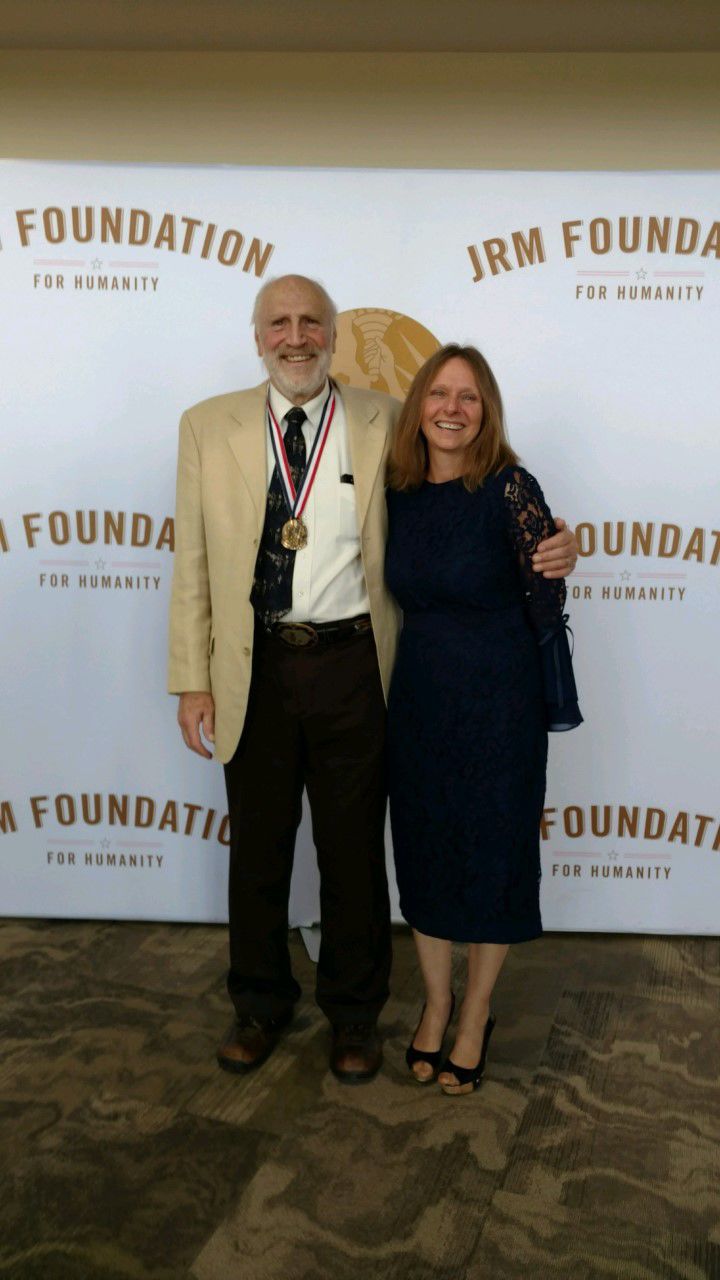 Ronda Cheatham is shown with another Blackfoot hero, Lee Hammett, at a JRM Foundation For Humanity event. 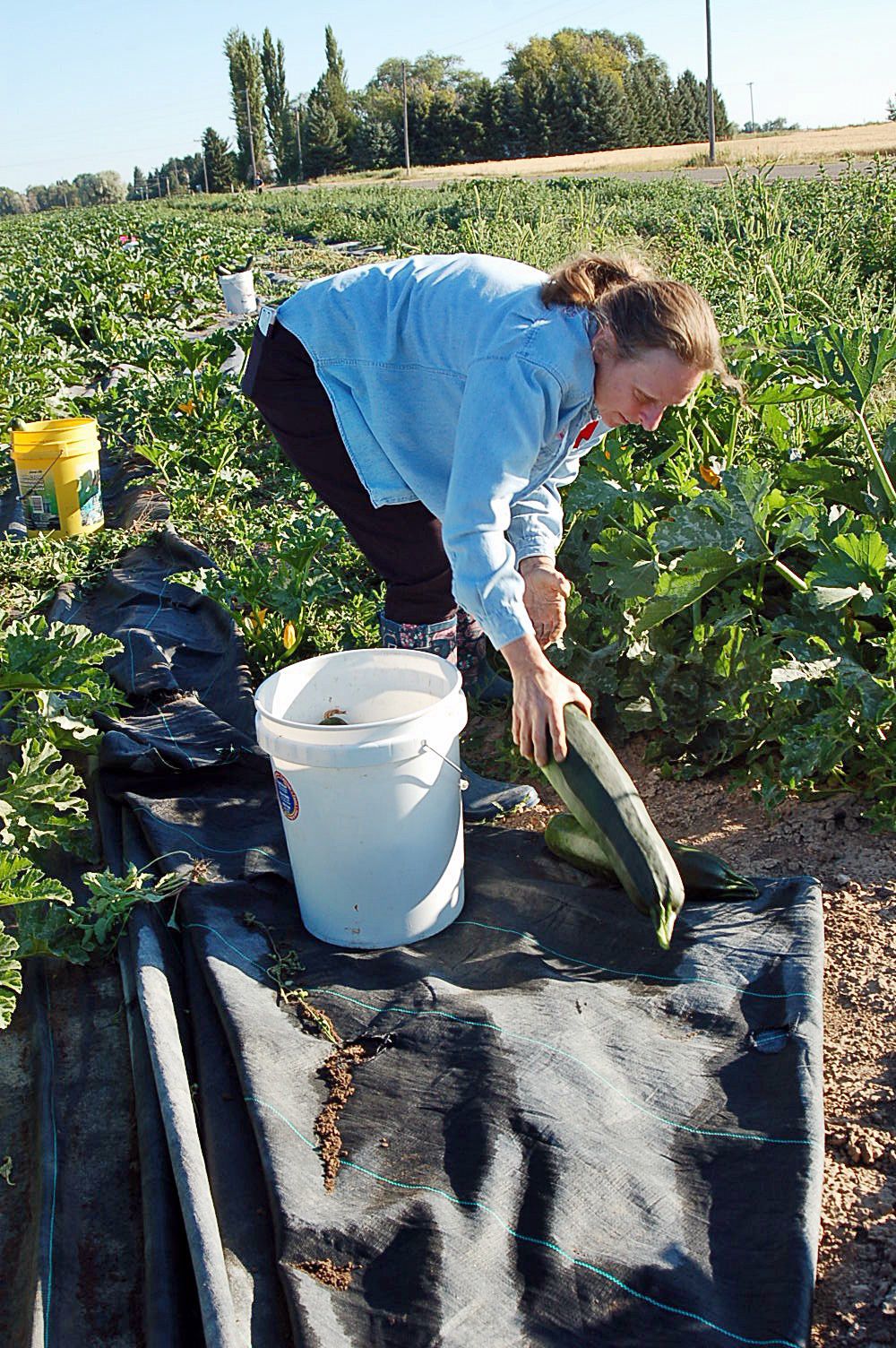 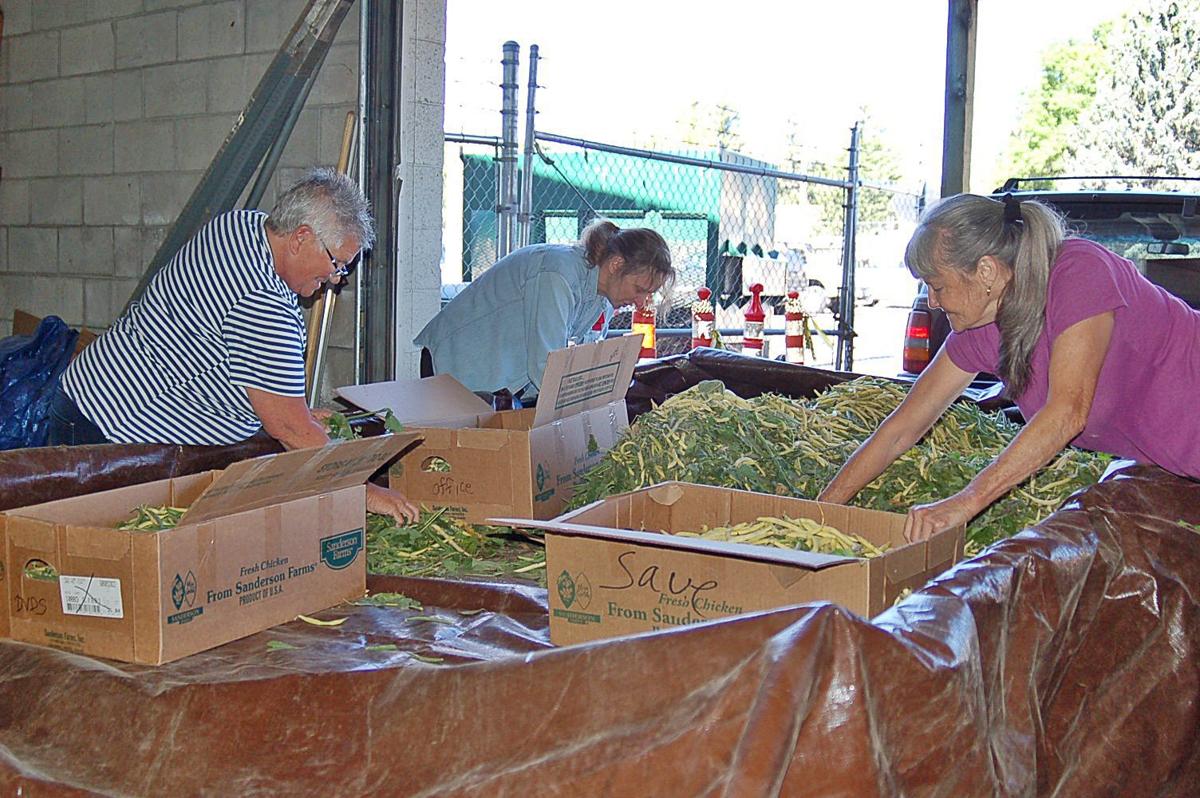 Kerry Christiansen (left), Ronda Cheatham (middle), and Charlotte Richeson sort through yellow and green string beans off a trailer, getting them ready for distribution at the Blackfoot Community Pantry.

Ronda Cheatham is shown with another Blackfoot hero, Lee Hammett, at a JRM Foundation For Humanity event.

Kerry Christiansen (left), Ronda Cheatham (middle), and Charlotte Richeson sort through yellow and green string beans off a trailer, getting them ready for distribution at the Blackfoot Community Pantry.

The JRM Foundation For Humanity celebrated its ninth year of recognizing Idahoans who have committed their lives to improving communities by presenting 10 people with a Hometown Hero medal in an event at the Stephens Performing Arts Center in Pocatello Sept. 7. Seven of the honorees were from southeast Idaho.

Cheatham is the director for the Blackfoot Community Pantry and is heavily involved in Blackfoot’s Community Dinner Table (CDT). She was honored for spending more than 120 hours of volunteer time each month making sure families and individuals with various needs in the community get healthy food through the pantry and through the CDT.

The JRM Foundation is run by a pair of Pocatello doctors, brothers Nahim and Fahim Rahim, who help many groups around eastern Idaho and around the world, and the hometown heroes fundraiser is a way of honoring those who help support communities.

Cheatham fits that bill in Blackfoot.

”It was a fun evening, it was an honor,” she said. “None of us felt we were as worthy as the person next to us. I didn’t feel I belonged there, and that speaks to the reason most of us do the things we do for our community. We do them because we love our fellow man and we want them to have better lives, to do better. We want to be a part of that, because if our community is healthier we all benefit.

“To me, that’s the biblical model.”

Cheatham’s deep faith as a Seventh-day Adventist — she worships with fellow Adventists each Saturday morning at the Bible Discovery Center on Sexton St., a short distance away from the pantry — is a part of what drives her to do the volunteer work that she does.

“I felt blessed to represent the CDT, showing how God has blessed us and led us,” she said of the community effort, which will be starting its 12th season the last Tuesday of October.

“With the CDT, we define need in many ways because there are many kinds of need,” Chetham said. “There’s the need of time, where both parents are working, the mother might get tired of fixing meals, so it gives them a break. There are people who are all alone, so one night a week they can come and sit and visit. There’s a monetary need, there are just so many different types of need.”

The CDT came out of a discussion between Ron Thompson and Lee Hammett — who was also honored as a Hometown Hero two years ago — coming out of the 2008 recession, two people of different faiths who saw the needs of the community, and it’s grown to different churches getting involved, Cheatham said.

“It’s a great concept, it’s drawn our churches and our people together so much,” she said.

Cheatham is originally from North Dakota, and she was raised as a Seventh-day Adventist. She’s been in Blackfoot 13 years, and she got involved in the dinners 11 years ago.

Adventists have long been known for their health message, which goes hand in hand with what Cheatham works to promote with the foods offered at the pantry.

“One of my main focuses over the last five years has been healthy food, being very health-oriented,” she said. “I’ve learned from my own experience that diet makes a difference in how you feel. It’s a real passion for me. As a nation, we are not only overweight, we are malnourished and overweight because we’re not eating enough of the right foods.

“I always make sure there’s fresh produce year-round at the pantry. This year, we’ve seen more people taking fresh produce. My goal is to help people be healthier.”

The Blackfoot pantry works very closely with the Idaho Food Bank, and a recent addition in reaching out to help the community has come in working with the Idaho Diaper Bank to help provide diapers to families who need them, a service which started two weeks ago.

Cheatham feels she is rewarded by seeing people who have a need get the help they need to live better lives.

“We aren’t as stringent on looking at needs as some places. There are people falling through the cracks, they’re trying their best,” she said. “We all have struggles. There are groups where people have to be very hard up to meet the criteria for assistance. We don’t want anyone to be that bad off. We want to be here when you need us.”