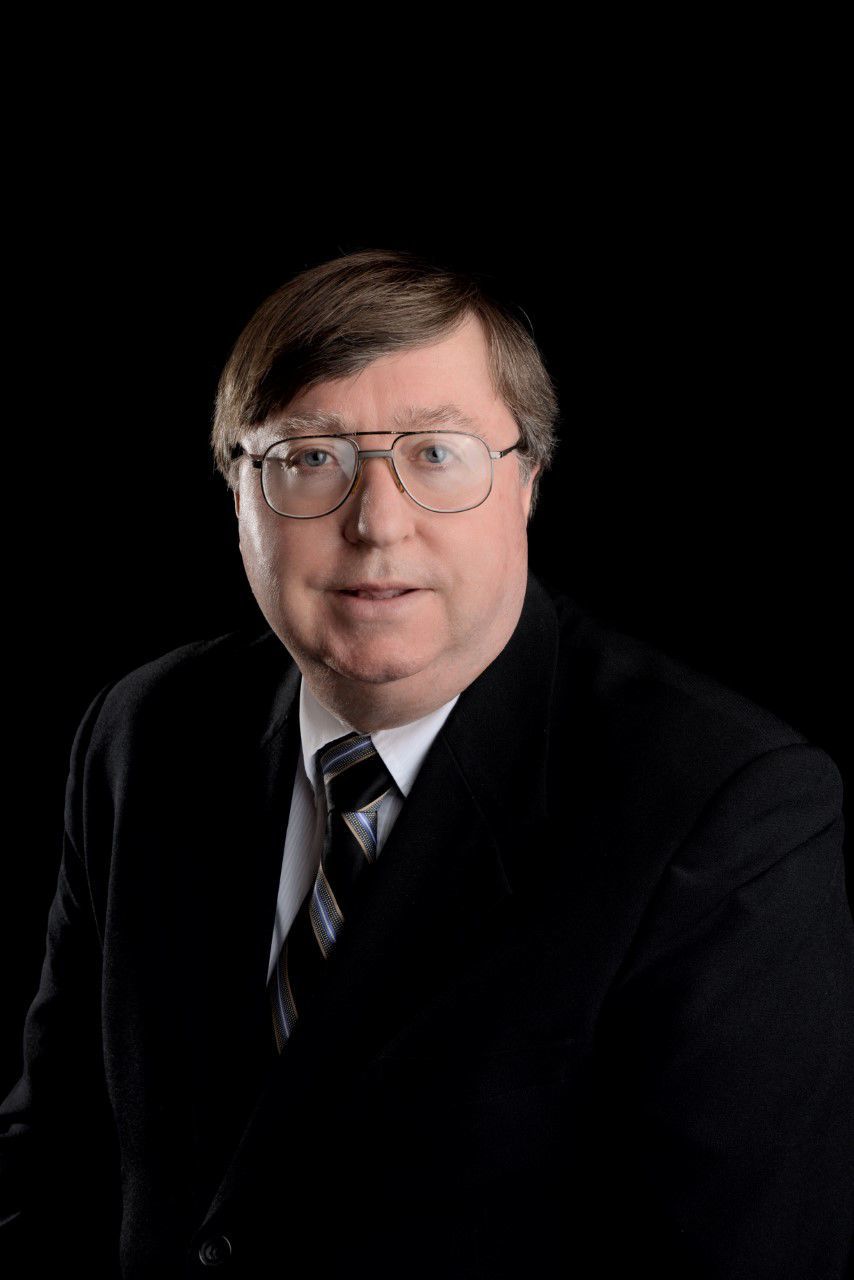 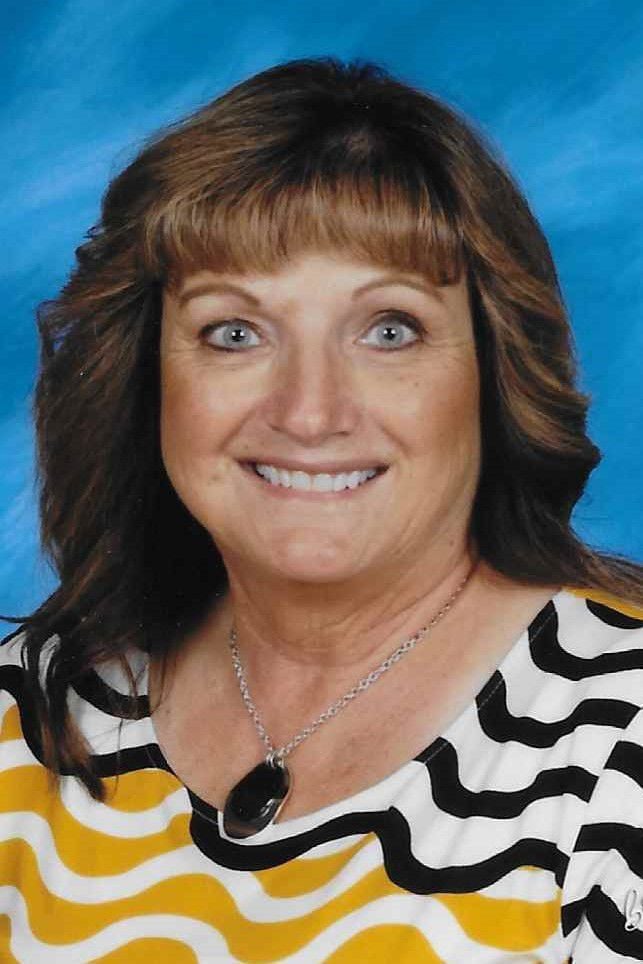 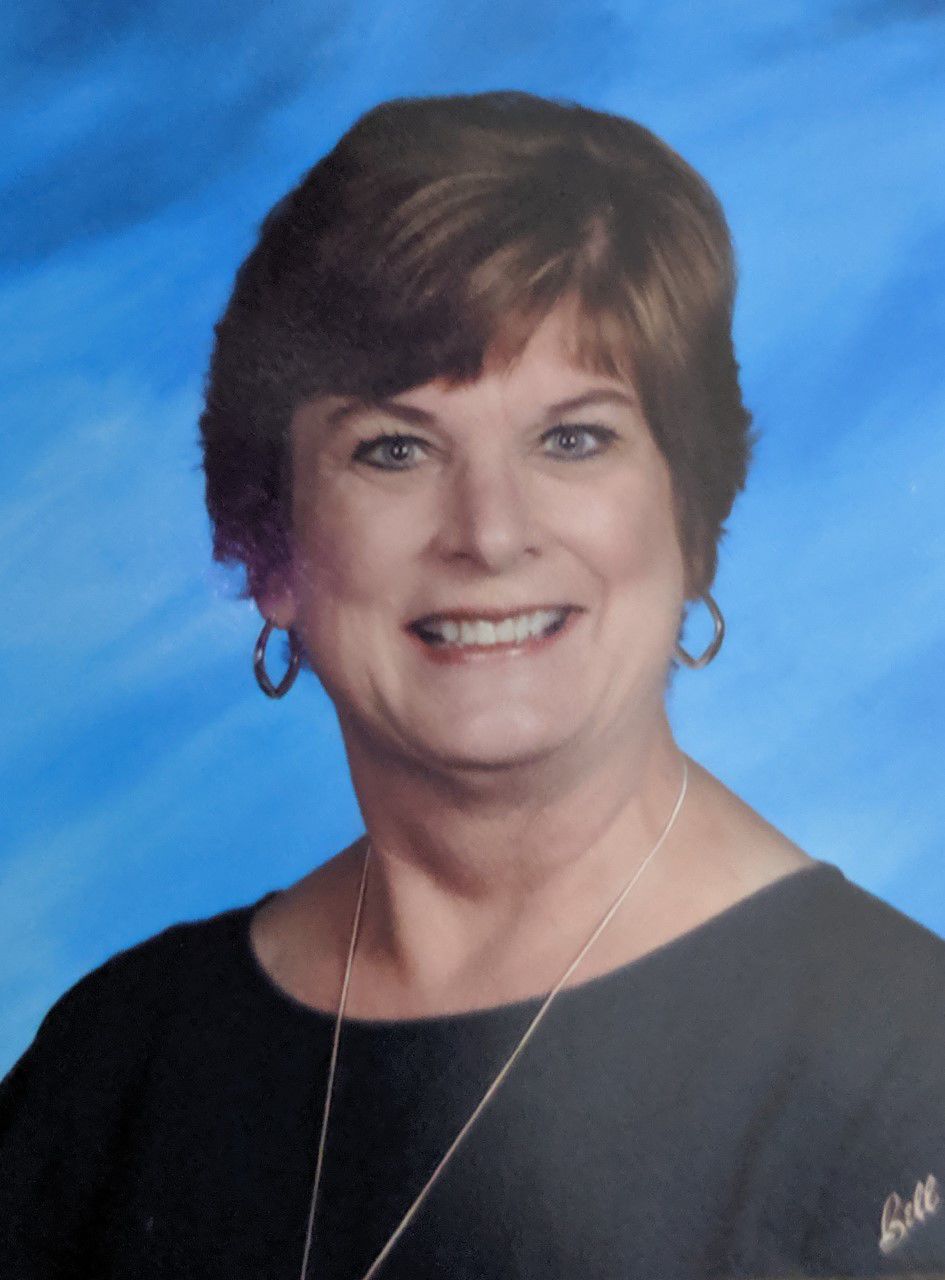 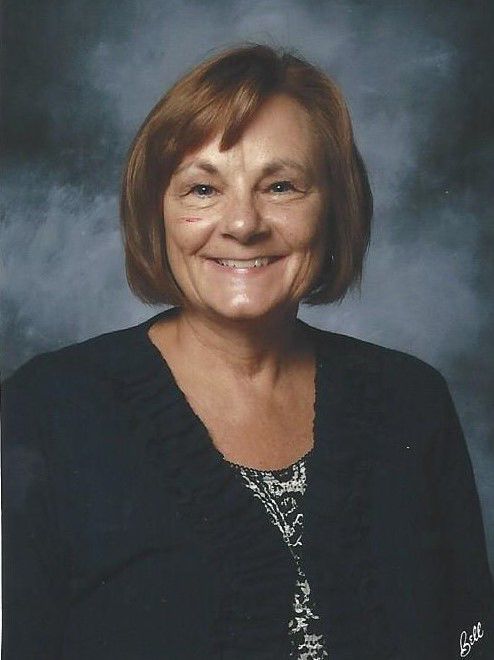 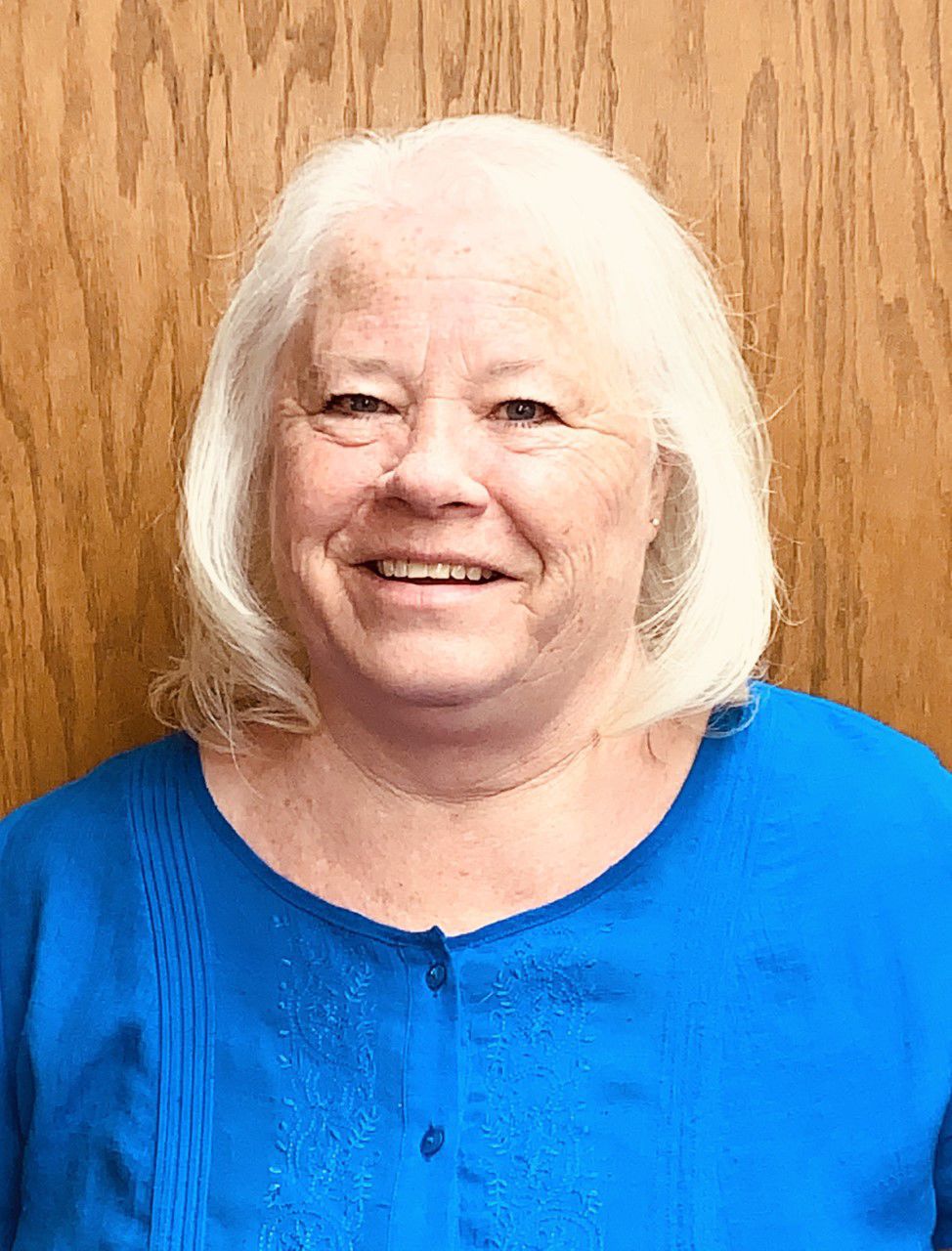 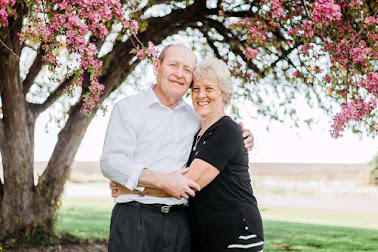 THOMAS – The Snake River School District is pleased to present retiring members of their family. These individuals have all contributed to the programs and educational progress over the tenure that they have served over the years.

A drive by parade is scheduled for all who wish to participate and will begin Monday at 11 a.m. in the Snake River Junior High parking lot and will be led by Resource Officer Drew Lusk around the school and in front of the retirees platform in front of the high school. Everyone is encouraged to exercise proper social distancing during this event.

David L. Kerns was born in Pullman, Wash., Aug. 27, 1956, to Jim and Tory Kerns and grew up on a farm near Potlatch. He attended public school in Potlatch and graduated with honors from Potlatch High School in May of 1974. After graduation, David attended the University of Idaho for a year, then he worked on the farm and other jobs until he was employed at the Potlatch Forests Company lumber mill for almost a year.

David saved up enough money to pay for a mission to Bolivia for the Church of Jesus Christ of Latter-day Saints where he served for two years. Upon returning from Bolivia he went back to the University of Idaho where he met his wife, Susan. After marriage on July 20, 1979, in the Idaho Falls Temple they transferred to Utah State University so he could complete a degree in secondary education and Susan found employment teaching fifth and sixth grade. Their family began with their first daughter, Sarah, arriving while he was a student in Logan.

After graduation from USU, David obtained a position teaching Spanish in Casper, Wyo., for two years, but with both of them being from Idaho, they decided to apply back to their home state. He got a job in Salmon, teaching Spanish and English for a year, then he applied to School District 93 and moved to teach Spanish at Bonneville High School. While teaching there they moved to Shelley and added two more girls to their family, Tory and Katie. Katie has Down syndrome and still lives with them. While having family and with David teaching and coaching, Susan also managed to teach at Stuart and then Hobbs Elementary schools in Shelley. After six years at Bonneville High, District 93 built a new high school named Hillcrest and he taught there for 12 years. During his years at Hillcrest, David earned a masters degree in educational administration from Idaho State University and began looking for an administrative position.

His next job offer came from Aberdeen High School as principal in District 58. While working as principal of Aberdeen High School, David began another degree from Idaho State as an education specialist so he could earn a superintendent endorsement. He then found a job as superintendent of Clark County School District 161 and they moved to Dubois. Susan had retired from teaching and they enjoyed their time there, especially when Katie was voted as homecoming queen and graduated from Clark County High School. They left Dubois in 2012 when David received an offer from the Snake River School District 52, where he has served as superintendent. They now live in Idaho Falls and are looking forward to his retirement at the end of August.

Kathy Raymond started her career at the Snake River School District in 1989. Her many roles include junior high secretary, middle school Title 1 aide, and ESL Paraprofessional. She has had the opportunity to work with wonderful staff members, students, and parents. Her motto was: “I will always treat you the way I treat my own children.” Respect, kindness, understanding, helping, and making a difference in someone’s life was important for her to instill in her students. It was important for her to teach: “Help others and give something back. If you do this, you will discover that while it improves the lives and the world around you, the greatest reward is the happiness that it will bring into your own life.”

Kathy met Ron Raymond at Ricks College and they were married that summer. They were blessed with six children: Tami, Jared, Ryan, Mindy, Jason, and Tate. Kathy and Ron are the proud grandparents of 19 grandchildren and two great-grandchildren. Her plans are to take her wherever the wind blows.

Cindy Thompson was raised in a family of 12 in sunny California, just down the street from Disneyland. She graduated from BYU in education and later earned a certificate in English, grades 6-9. In the first 10 years of her married life, Cindy substitute taught in Cassia and Minidoka school districts, and taught English classes for ISU and CSI.

In 1990, she moved to Snake River where her husband became the high school principal. Cindy has worked in some capacity for Snake River School District for 30 years. She was a substitute teacher and homebound teacher for 12 years before she became a full-time teacher in 2002 at Snake River Junior High. Cindy has taught at the junior high for 18 years including teaching classes in seventh and eighth grade English, art, peer helpers, reading intervention, and beginning and advanced living classes.

Memories include tea parties, making monkey bread over 1,000 times, weekly cooking labs, market day, and talent shows. Also, being honor society advisor for the past 16 years has been a highlight for her. Twenty-nine of her students Cindy nominated have earned the prestigious $500 National Junior Honor Society Scholarship Outstanding Achievement Award that started four years ago.

Cindy and Tracy have raised six wonderful children, four sons and two daughters. Retirement plans include spending more time with husband and family, family historian, master chef, brushing up on piano and violin skills, learning fluent Spanish, service, and above all, being a storyteller, memory holder, cookie baker and hug-giver to her 15 awesome grandkids.

Cindy expresses, “I am grateful to all of my Snake River colleagues for providing a wonderful place to work for the past 30 years. It has been an immense pleasure to serve as a teacher in this district. The relationships I have formed over the years will not be forgotten. This has been a wonderful, caring community to work in, and I will be forever thankful for the friendships I have made. Above all, I have a great love and respect for all of my students and will be watching their terrific accomplishments in the years to come.”

Mavis Nelson began teaching fourth grade in Utah where each day began with the Pledge of Allegiance and a prayer. She had blue smudges on her fingers from the ditto masters and horizontal chalk lines across her skirts from rubbing against chalk rails. She has gone from using reel to reel film projectors to using rapid feedback from computer reports to assess students and create lessons, to on-line teaching.

She has learned to love, sacrifice for, and have great expectations for each 9- to 10-year-old she has taught. She has loved teaching and bringing light to eyes and proficiency of skills. She has learned so much from all of the people she has worked with throughout the years. In retirement, she looks forward to reading, sewing, swimming laps, being at the cabin, growing spiritually, and visiting an old college roommate in Tahiti. However, she will happily interrupt any of these pursuits to be with her grandkids.

Sherrye and her husband Ron moved to Riverside 45 years ago. They love it there. They were blessed with three children — Zachary, Janica and Anya.

After several years of driving a potato truck Sherrye decided that she could probably drive a school bus. For 32 years the Wheels on the Bus have gone ‘round and ‘round, nine years as a bus driver and 23 years as the transportation supervisor. There have been a lot of fun adventures with a lot of really good people.

Sherrye hopes that retirement will allow more time for the things that she loves — spending time with her family, especially being grandma to 10 grandchildren; traveling, especially to the ocean; working on her hobbies, photography, quilting, gardening, and learning to play her piano.

Paul and Genae Turpin are retiring from Snake River School District and excited to begin their next phase of life.

Paul, the son of Don and Beth Turpin, was raised in Thomas on a farm. He graduated from Snake River High School in 1971, served a two-year mission in Australia 1971-73, graduated from Ricks College with an associate degree in business in 1975, and graduated from Idaho State University in 1978 with a bachelor’s in business administration and a minor in education.

Genae, the daughter of Fred and DoLores Manwaring, was raised on the family farm in Groveland and graduated from Blackfoot High School in 1972. She attended Ricks College, graduating with an associate degree in secretarial training and a minor in education. Immediately after graduation she began work at First Security Bank in Blackfoot, which is where she and Paul met in 1975.

They were married May 28, 1976, in the Idaho Falls Temple. They settled in the Thomas area on the farm where Paul grew up and raised their family. They have 10 children — Justin (stillborn), Trever, Kyle, Jason, Carissa, Amanda, Alex, Heather, Mitchell, and Janalyce. All graduated from Snake River High School having been taught by good teachers. Five of their children currently live in the Snake River area with nine of their grandchildren attending Snake River schools. They will have 31 grandchildren by the end of May.

Paul has worked for Snake River School District as a school bus driver, para pro with maintenance and food delivery for the past 10 years. Genae substituted for several years before going full-time as a para pro. They both love working with children and striving to be a positive influence in their lives. They have enjoyed their years of work and service for the Snake River School District and have countless friends among fellow employees, students, and the community.

They will soon leave to serve for 18 months in the New Mexico Farmington Mission for the Church of Jesus Christ of Latter-day Saints. Upon returning from their mission they hope to continue to be of service in the Snake River Community and continue to enjoy wonderful friendships.