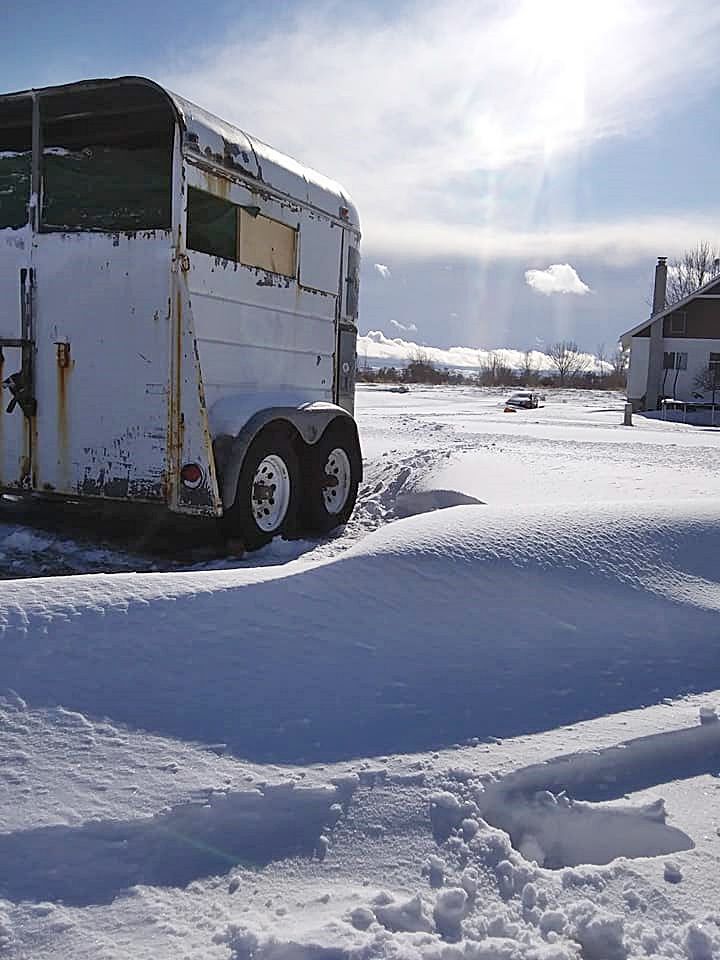 Snow piled up next to a horse trailer Tuesday sitting next to a driveway. For more scenes of drifting around Bingham County found by Chronicle Facebook followers, see page A2. 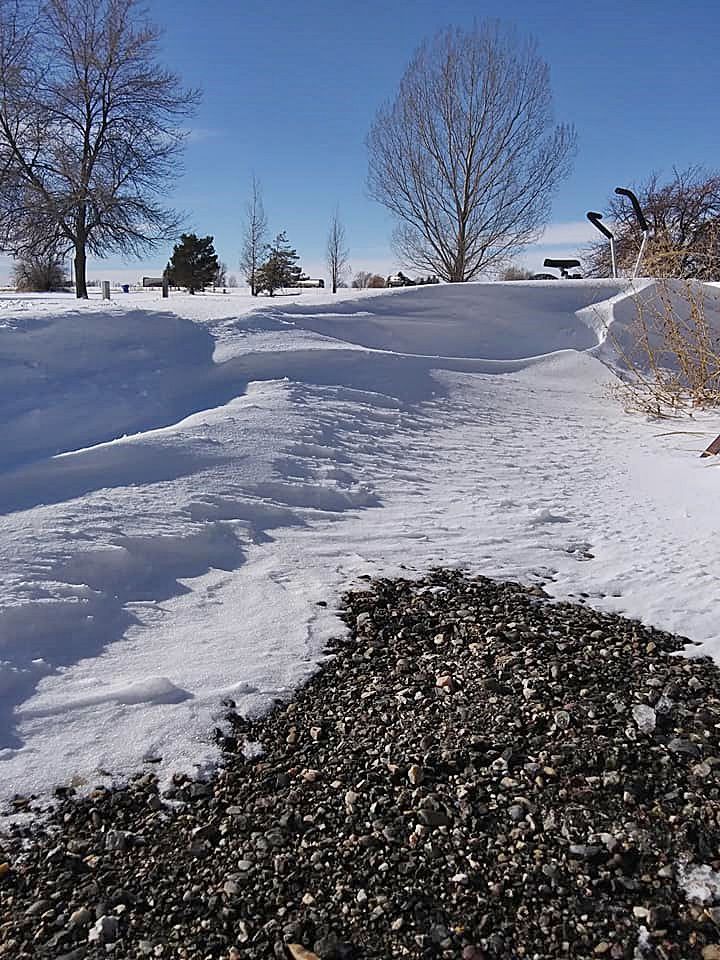 Asphalt can still be seen where snow has piled up from drifting over the past couple of days.

Snow piled up next to a horse trailer Tuesday sitting next to a driveway. For more scenes of drifting around Bingham County found by Chronicle Facebook followers, see page A2.

Asphalt can still be seen where snow has piled up from drifting over the past couple of days.

BLACKFOOT — Monday saw the first big blast of snow and high, steady blasts of wind resulting in drifting powder as Bingham County schools were called off because of poor road conditions.

Tuesday saw more of the same. Call it the “2020 Icy Blast Part II.” More snow, more wind, more drifting, schools throughout the county closed again for the day, this time with more blizzard-like conditions reported early in the morning.

Stories were told out of Tuesday’s storm of mail carriers in four-wheel-drive vehicles getting stuck in drifts. One large snow plow even found itself in a dicey situation on the side of a road.

Crews continued working to try and keep up with conditions to keep at least one lane open, only to find roads getting clobbered again with drifting. Although bad conditions could be found regardless of direction, east-west routes were getting particularly hammered.

Some state roads that had been closed Monday were reopened, but there were still a few closed because of hazardous conditions. Drivers are advised to drive at a safe distance, slow down and prepare travel plans ahead of time by checking 511 for road updates, https://511.idaho.gov/.

Along with school closures, some high school sporting events were called off due to conditions Tuesday night.

What do conditions look like in the days to come around the county?

Shelley has been one of the hardest hit areas. The overnight forecast called for mostly cloudy conditions early Wednesday morning, turning partly cloudy with winds tapering off. It’s expected to be sunny by late morning. Some snow is expected to return Thursday, but that area should otherwise catch a break until at least the midway point of next week.

Much the same is expected in Blackfoot with sunny skies arriving mid-morning Wednesday. After a dusting of snow late Tuesday, it was expected to turn partly cloudy early this morning, then sunny with light wind gusts. Clouds return to the forecast Thursday with partly cloudy and windy conditions on Friday.

High temperatures around the county could reach into the mid to high 30s Thursday before another cold snap returns, but then highs could hit the mid-30s starting with the weekend.