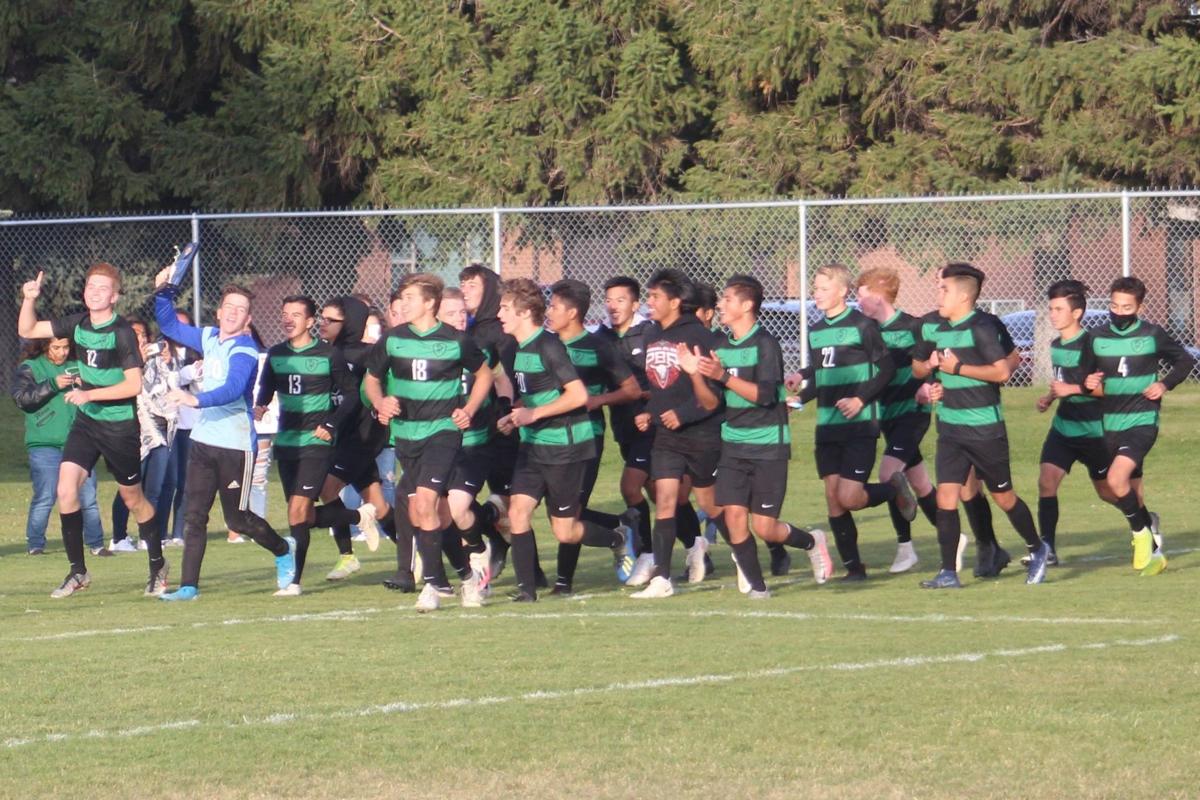 The Blackfoot Broncos celebrate after Wednesday’s win by carrying the District 6 trophy. 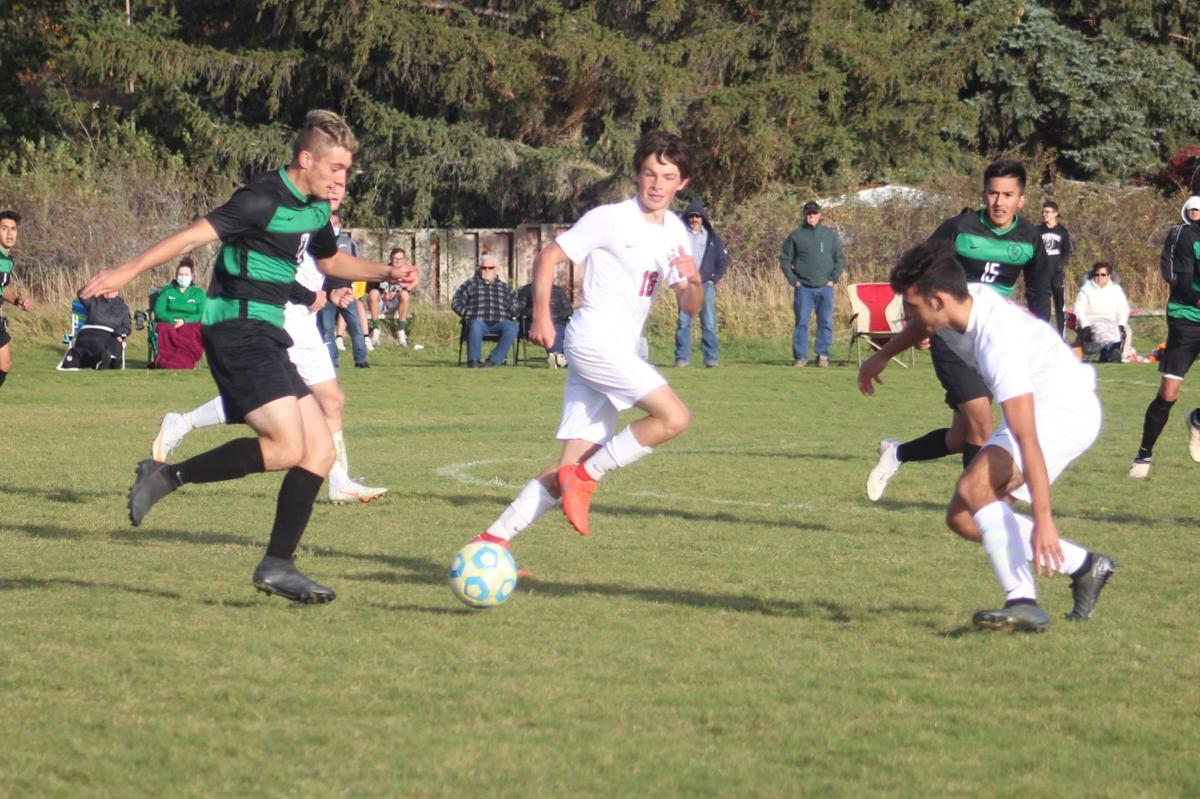 Top reserve Cooper Hanson (17) looks to get the ball past the Hillcrest defense on Wednesday during the Broncos’ run to a district boys’ soccer championship.

The Blackfoot Broncos celebrate after Wednesday’s win by carrying the District 6 trophy.

Top reserve Cooper Hanson (17) looks to get the ball past the Hillcrest defense on Wednesday during the Broncos’ run to a district boys’ soccer championship.

BLACKFOOT – The Blackfoot Broncos boys’ soccer team used their strong defense and some timely scoring to secure a berth in the 2020 4A state boys’ soccer tournament with a frontrunning 3-1 victory that also secured the team the District 6 championship over Hillcrest.

The Broncos got on the board first with a goal from Misa Reyna off an assist from senior Frankie Garcia and then had to watch as Hillcrest lined up for a penalty kick right in front of the Blackfoot goal just minutes later.

Standout sophomore goal keeper Gavin Cornell of Blackfoot had not had many chances to defend a penalty kick, but he played it like just another shot and when the Hillcrest player let fly with a hard shot to the left, Cornell calmly took one step and smothered the shot to preserve Blackfoot’s 1-0 lead at the time.

It was only a few minutes later that the Broncos were awarded a penalty kick of their own and Dominic Sanchez stepped up and calmly put the ball in the far right corner of the net for a 2-0 lead that the Broncos would carry into halftime.

The intensity of the contest escalated into the second half and when Hillcrest’s star forward got loose on a breakaway, he was able to get Cornell a step off as he drove to the goal and his shot was just out of the reach of the young goal keeper and the score was suddenly 2-1 in favor of Blackfoot and the outcome of the game was suddenly very much in doubt.

The Bronco defense dug in and the opportunistic offense made the most of their opportunities and when a shot rebounded out of the goal Frankie Garcia was able to calmly place the ball in the back of the net for the 3-1 final score.

“This is just fantastic,” Blackfoot coach Liam Pope said. “You don’t get chances to win district titles every year and this is just huge for these boys and this team. Just fantastic.”

The Broncos have now claimed the first of the eight berths in the state tournament and the other seven berths will be claimed over the next three days as the other four district titles are claimed and the three at-large berths are claimed as well.