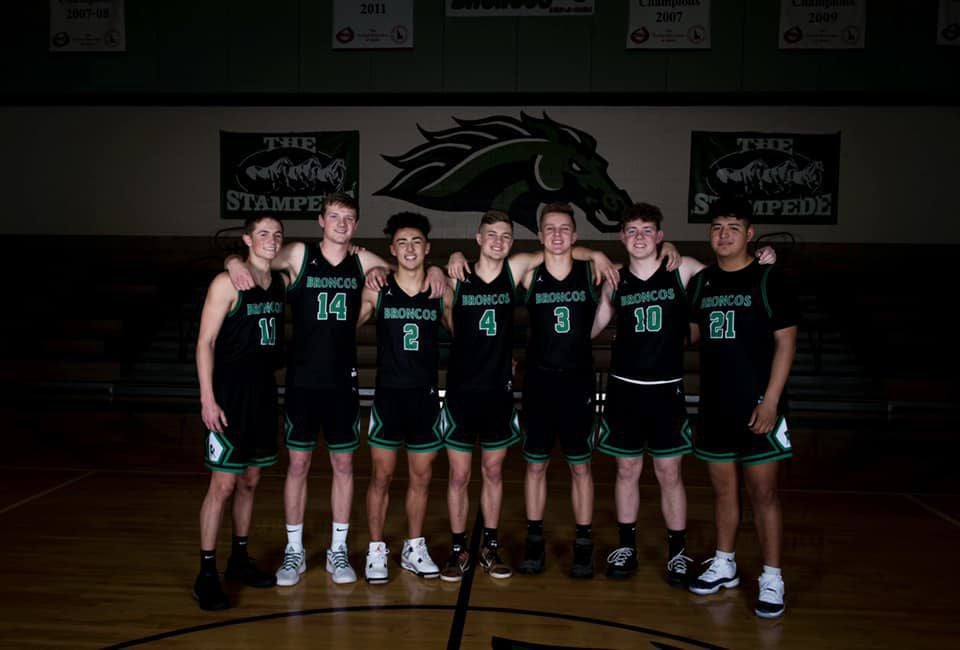 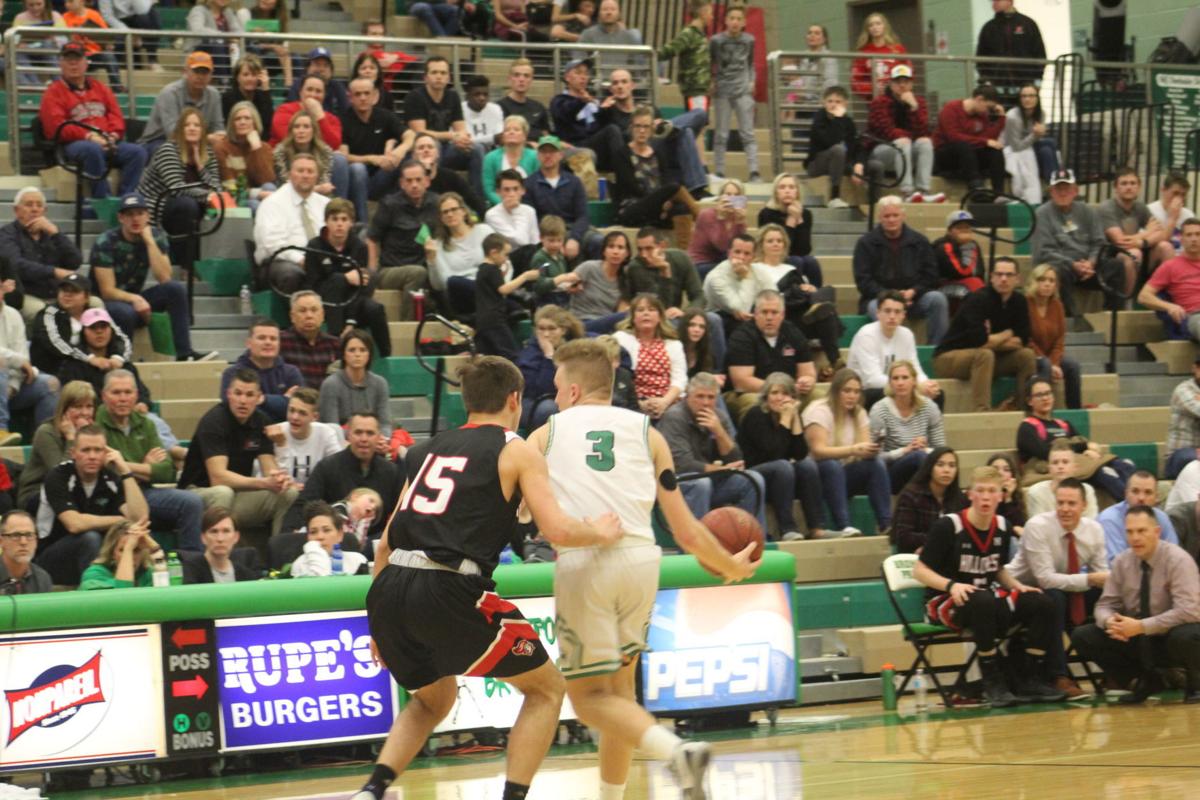 BLACKFOOT – It was senior night for the Blackfoot Broncos boys’ basketball team, always a special time for the graduating seniors and their families. It was also a crucial game as the Hillcrest Knights came to town and the two teams had on their agenda a chance to claim the second seed in the upcoming District 6, 4A tournament.

Win and the Broncos would claim the second seed for themselves. If Hillcrest would win, they would hold all the tie-breakers if the two teams finished with four losses in conference play when the season ends Saturday.

It was a close game throughout, with neither team able to move ahead by more than five points until an injury to one of Hillcrest’s better players late in the third period. That changed everything.

With Hillcrest losing their flying dervish of a rebounder and their best defender and the leader of their offense from a ball distribution standpoint, everything changed for the Knights. They lost their focus and ability to get the ball to the basket and that allowed the Broncos to move to the front and stay there.

The two teams entered the fourth quarter with Blackfoot ahead by a single point at 33-32, but that soon changed. It might have even started just before the third quarter ended, as the two teams had played for a couple of minutes in the third with neither team able to score.

That was when Isaiah Thomas hit a long three to knot things up at 19. The two teams traded baskets for a good part of the third and with about a minute and a half left in the period, Jett Shelley nailed a three ball to tie the score at 30. Just a few seconds later, Shelley would again connect on a three and the Broncos were ahead 33-30, and although Hillcrest would cut the lead to 33-32 at the buzzer ending the third period, you could tell the momentum had shifted.

Hillcrest didn’t give up, but they never got the lead back in the game. They would come close a time or two, but they just couldn’t get over the hump.

With one minute left in the game, it was Shelley again who would nail a three-point shot to give Blackfoot a four-point lead and although Sam Kunz of Hillcrest would get another of his garbage shots from inside the paint to go in following a rebound, Blackfoot was able to close things out with free throws down the stretch. Kunz was everywhere on the night, snaring rebounds and putting them back in the basket all night and he led all scorers with 18 points.

The Broncos were led by a trio of double-figure scorers including Shelley with 17, Reece Robinson with 16, and Carter Layton with 14.

Blackfoot will close out the season tonight when they travel to Idaho Falls to face the league leading Tigers in the regular season finale for both teams. Idaho Falls has already clinched the top seed in the upcoming tournament, so the Broncos will have their work cut out for them. Game time is scheduled for 7:30 p.m.