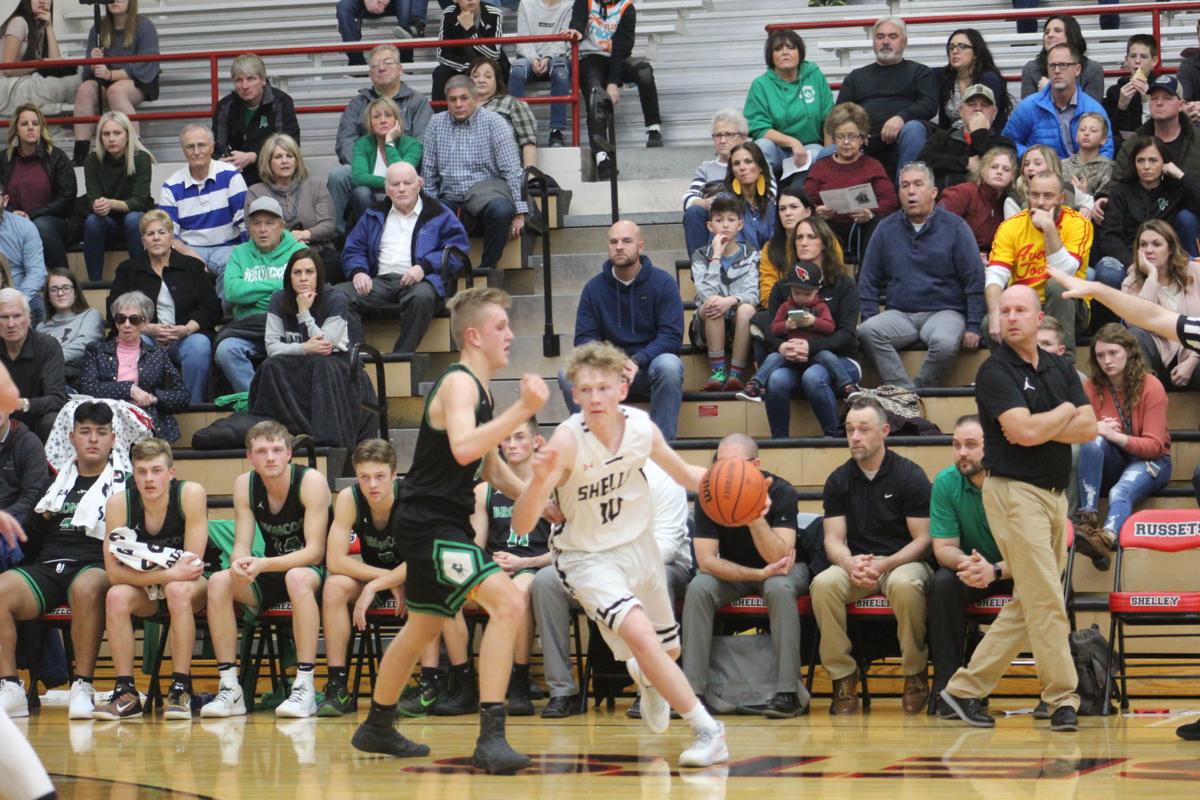 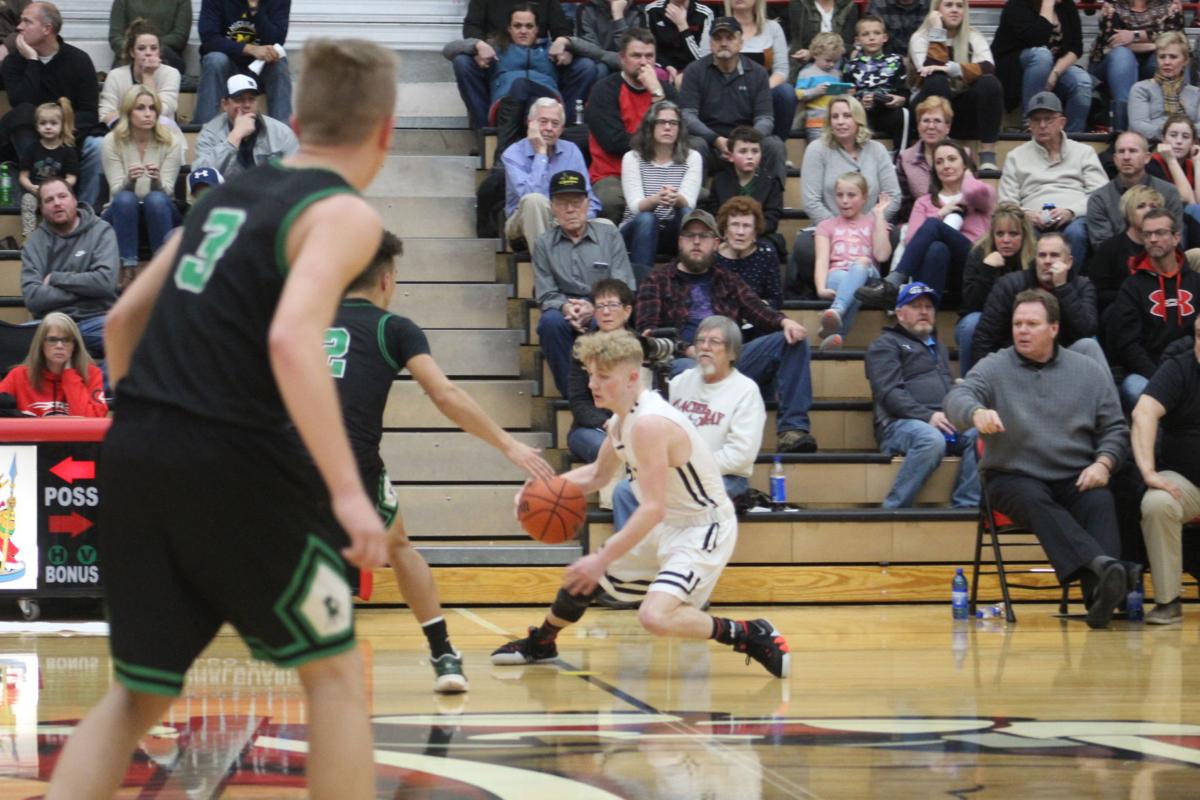 SHELLEY – The Blackfoot Broncos remained undefeated in 4A High Country Conference play on Thursday night, emerging from a tight contest with a solid second half as they beat the Shelley Russets in Shelley by the final of 59-38.

The Russets met the Broncos at tip-off and hit shot for shot with Blackfoot through a first half that ended with Blackfoot ahead by four points, 24-20.

The young Russets, who had as many as three sophomores on the floor at one time, did not fear the Broncos and their high powered line-up and matched the Broncos shot for shot and defensive play for defensive play throughout the first 16 minutes of play.

Shelley stayed with the Broncos through the third quarter, which saw the Broncos increase the lead by only two points at 38-32.

“Our defensive pressure picked up in the third and fourth quarter and opened up a six- to eight-point game,” Blackfoot coach Cody Shelley said.

The fourth quarter belonged to Blackfoot as the young Russets began to make some mistakes and the Broncos took full advantage of each one.

The Broncos offense began to click and each Bronco took his turn at a score or two and by the end of the quarter,the Broncos had outscored Shelley by a 19-6 margin for the final score of 59-38.

The Broncos ended up with four players in double figures as Reece Robinson and Candon Dahle each scored 10 points and Jayden Wistisen and Carter Layton would each chip in with 11 points.

Braxton Miskin would lead Shelley with 12 points on the night.

Next up for Shelley will be a game with Skyline on Jan. 17 with tip-off scheduled for 7:30 p.m.

Blackfoot will be in action next on Wednesday when they welcome Bonneville to town for another key High Country conference contest starting at 7:30 p.m.