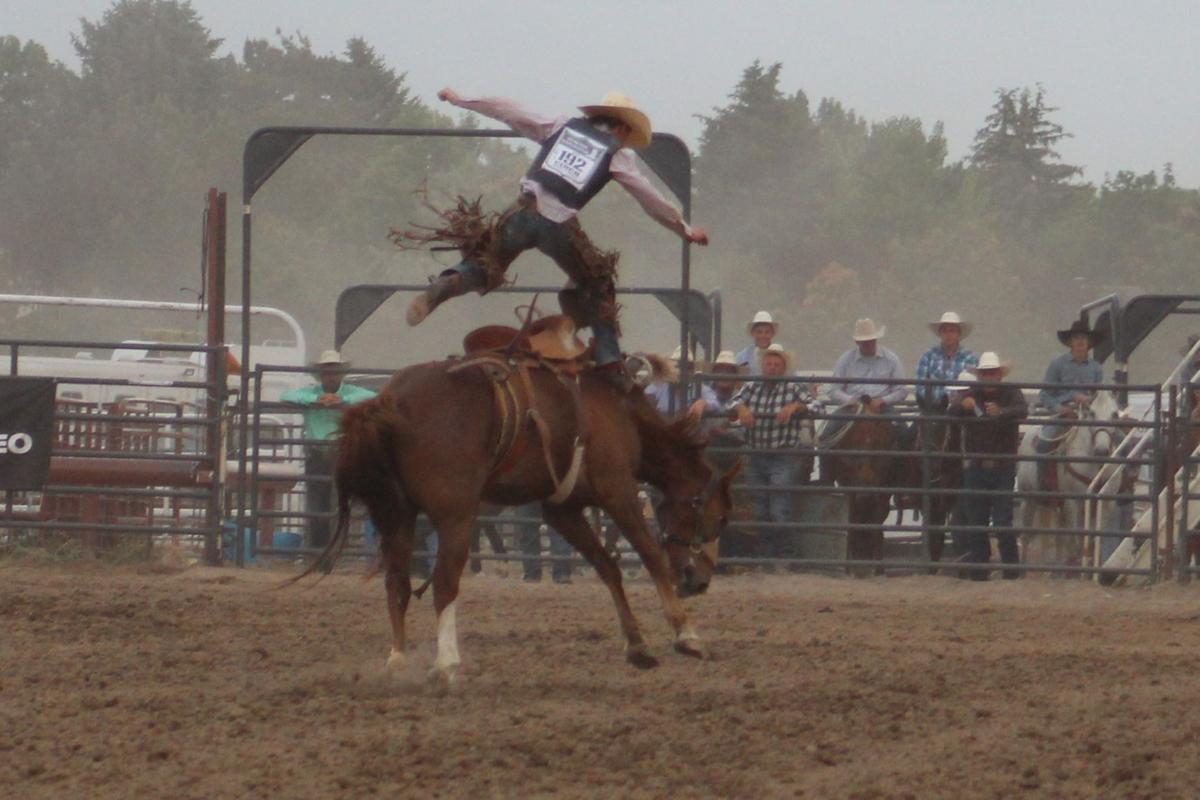 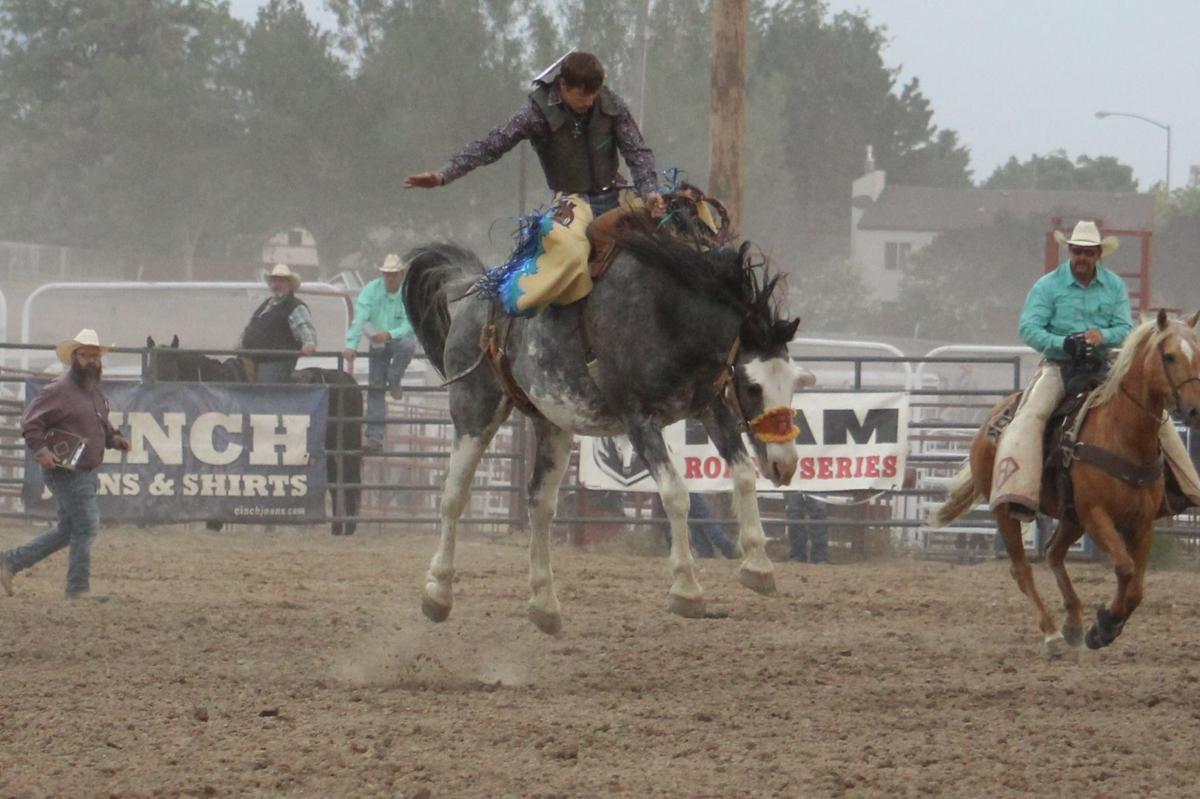 Caseyn Pearson gets a ride accomplished.

Caseyn Pearson gets a ride accomplished.

POCATELLO – Cooper Cooke, a two-time defending All-Around Cowboy, is making a case for it becoming three in a row as he has claimed the first go-round in the saddle bronc riding event at the Idaho State High School Rodeo Finals.

Cooke came out of the blocks with a score of 68 to top Caseyn Pearson and Dixon Fehlman in the field of 13 cowboys.

Those three were the only cowboys to post qualifying scores in the first go-round, making the other 10 cowboys have to push a bit to make the all important short go-round on Saturday and to participate in the average points as well.

Once Cooke posted his score, you could see the other cowboys pressing a bit and the results speak for themselves.

Caseyn Pearson posted the second best score with a 64, in an event where you just want to get scored by the judges and let the rest take care of itself. That is what Pearson did and the results speak for themselves. He sits second in the standings and has all but guaranteed that we will see him on Saturday in the short go-round.

Finishing third was Dixon Fehlman who lasted the eight seconds to post a 54 point score on the judges’ scorecards. It was a good showing for Fehlman when the other 10 riders were unable to do the same. That gives both Fehlman and Pearson a leg up on those other 10 riders who must step up their performance to make the short go-round which usually determines the event champion.

Here are the top three in the event following the first go-round and are the only cowboys to earn state finals points: