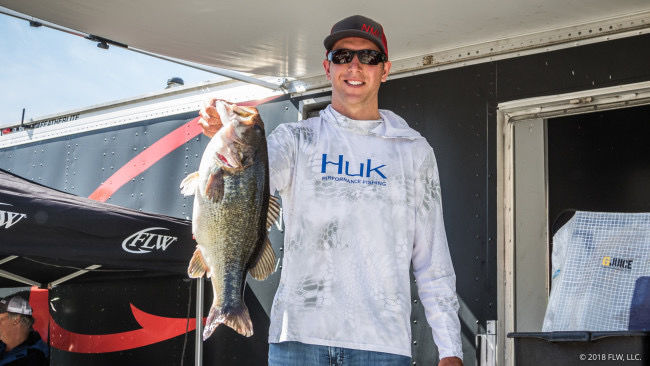 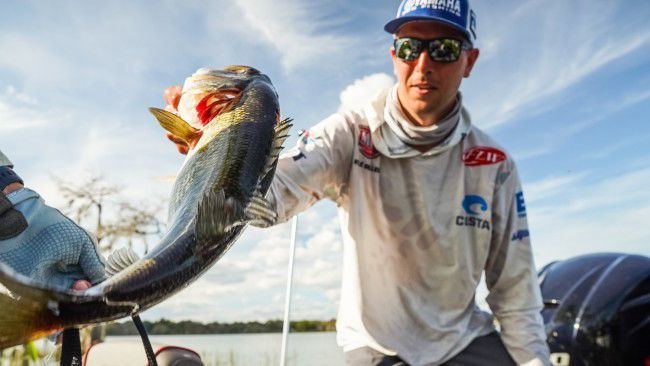 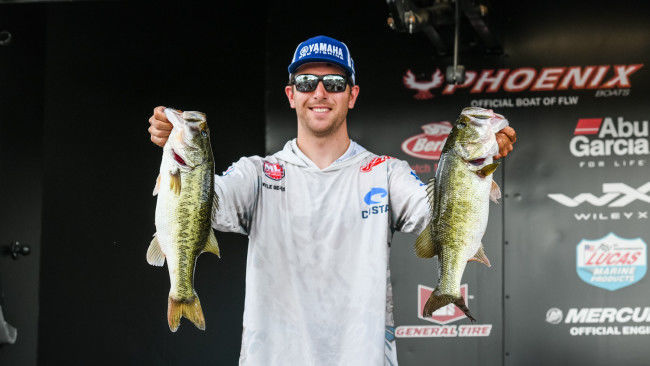 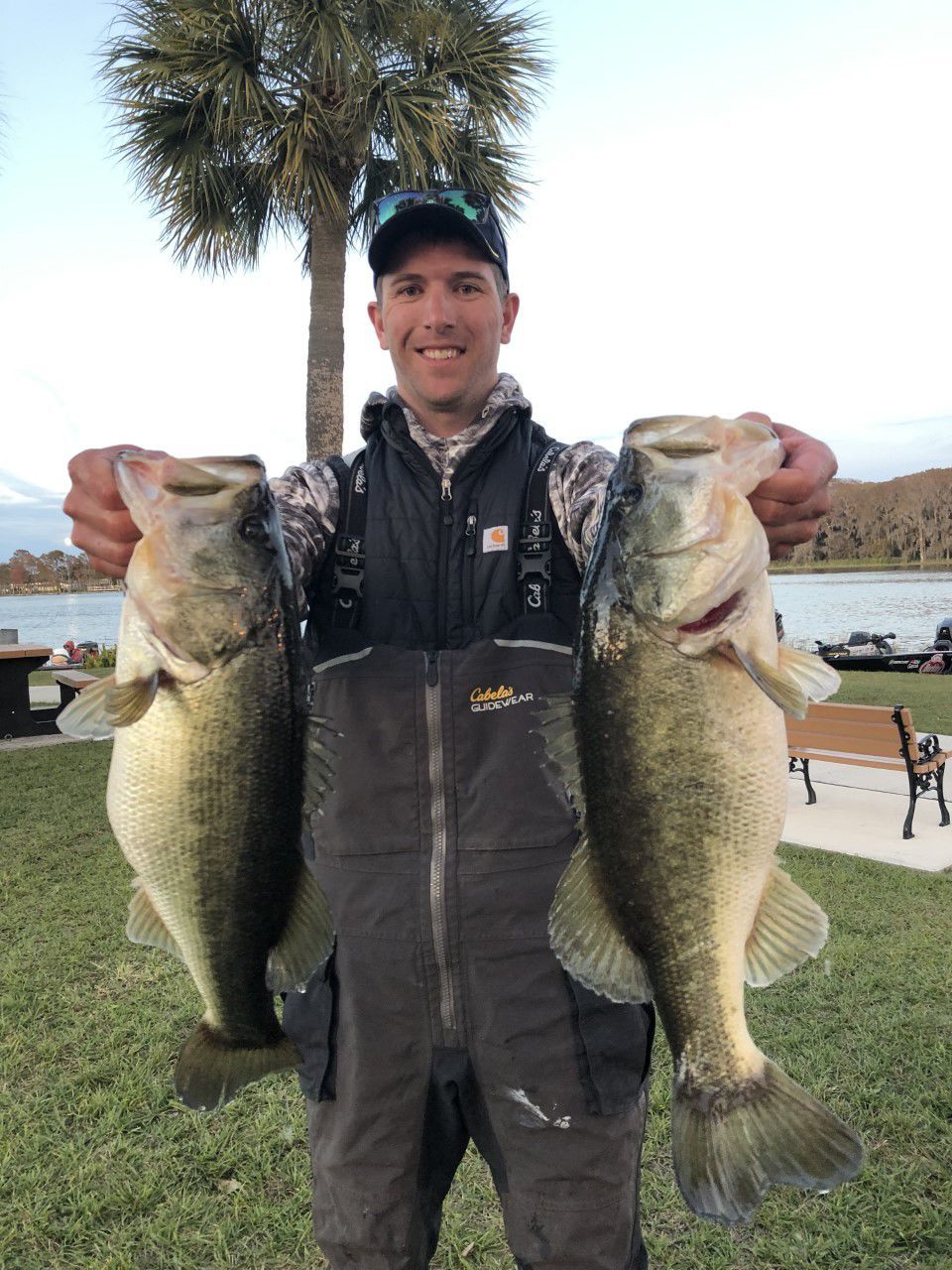 PINGREE – You don't often think about professional bass fishermen when you talk about fishing in Idaho. Thoughts are usually about steelhead, rainbow trout and championship lake trout fishing with the possible sturgeon and salmon fishing.

There is an exception now, as 30-year-old Kyle Gelles has made the move to professional bass fishing and is awaiting the return of bass fishing tournaments to begin in the third week of June.

Gelles will likely use a tournament in Alabama as a tune-up on May 28, just to make sure that he is in top form for the big money tournaments.

Currently, Kyle is working on his conditioning, so that he will be able to withstand the rigors of standing for 8-10 hours in a boat as he works his way to the best holes in the lake or rivers where the trophy bass lurk.

This journey all began for Kyle about 10 years ago, when he hit the rivers for the first time with a local bass club. That club, the Snake River Bass Fishing Club, gave Kyle the bug about fishing professionally.

“I love to be able to tell fishing stories to old friends with the Snake River Bass Fishing Club,” Gelles said. “Sometimes it is about telling the biggest lies, but isn't that what all fishing is about? Who can tell the best story that your fiends will believe.”

While bass fishing in Idaho is sometimes overlooked, there are some great places to find trophy caliber bass fishing.

In his first attempt at tournament bass fishing, he was a partner with another fisherman in the boat and equipment. While that attempt may not have been the ideal partnership and wasn't very organized, it did lead to meeting other members of the club and got him started on the right track.

All of this trial and error took place while Kyle was making the transition between high school and college, and while he is a college graduate, having matriculated from Idaho State, the lure of fishing was pulling hard on Kyle.

He began noticing different things about fishing, the different types of waters where the big fish live and the differences in the way the water moves and the temperatures and the winds, all things that can have an outcome on fishing success.

It is always important to notice the different things in the water in the form of baits, what the fish may have been feeding on or what they might be enticed by will always have an effect on what might be attracted to.

Bass are often overlooked when it comes to tournament fishing in Idaho, but some of the best bass fishing can be found on the Snake River and some of the lakes and ponds that are found in southeast Idaho.

Lakes like CJ Strike Reservoir have also been known for great bass fishing as is the Hagerman Valley in central Idaho, and Gelles has become familiar with them all.

“If you have a dream to do something, follow that dream,” Gelles said. “I have never been happier than I am right now. I am going to do whatever I can to make it happen for the long haul.”

COVID-!9 has slowed the tournament trail considerably, just like it has with most activities and sports around the country.

The unfortunate thing is that it has happened during Gelles' rookie season, just when he was trying to make a name for himself and get established on the fishing tour.

He will likely be headed to a series of tournaments beginning in the third week of June, when things will hopefully be getting back to where they were.

He will be headed to Lake Chickamauga, La., first, followed by tournaments in LaCrosse, Wis., and then a tournament on the St. Lawrence River in New York.

The goal is to make enough money and gain enough experience to be able to make headway towards the top of the standings of FLW (Forest L Woods) tour.

Gelles, who has earned around $25,000 this year, sits in 56th place in the standings with 405 points. That has him around 180 points behind the leader, but he is the top-ranked Idaho fisherman in the standings.

With any luck at all, Gelles should be making a move up the standings list in the next few weeks. As of now, Gelles is the only intermountain area fisherman who is ranked anywhere in the top 100 in the standings. There are a couple of California fishermen, one from Montana and one from Oregon and Washington who have broken into the top 154. That is pretty heady company that Gelles is keeping.

As he continues to work on his conditioning to be ready for the return to the tour when it reopens in the next few weeks, Gelles is also focusing on his mental game, wanting to make sure that he is ready for the action.

“There has been a learning curve to all of this,” Gelles said. “Bass act differently than trout as they are more visual than most other fish. They are attracted to baits like crawfish and the like, where trout are more accustomed to flies and bugs.”

As he continues to work on his overall game, Gelles knows that some things will have to break his way for him to be successful, but he is totally confident that he can reach the top.

There are some great athletes from the Bingham County area, and Gelles is rapidly making a name for himself in the bass fishing world.

As he continues to mature and learn about the expectations of a professional fisherman, he will begin to climb up the ladder of the standings.