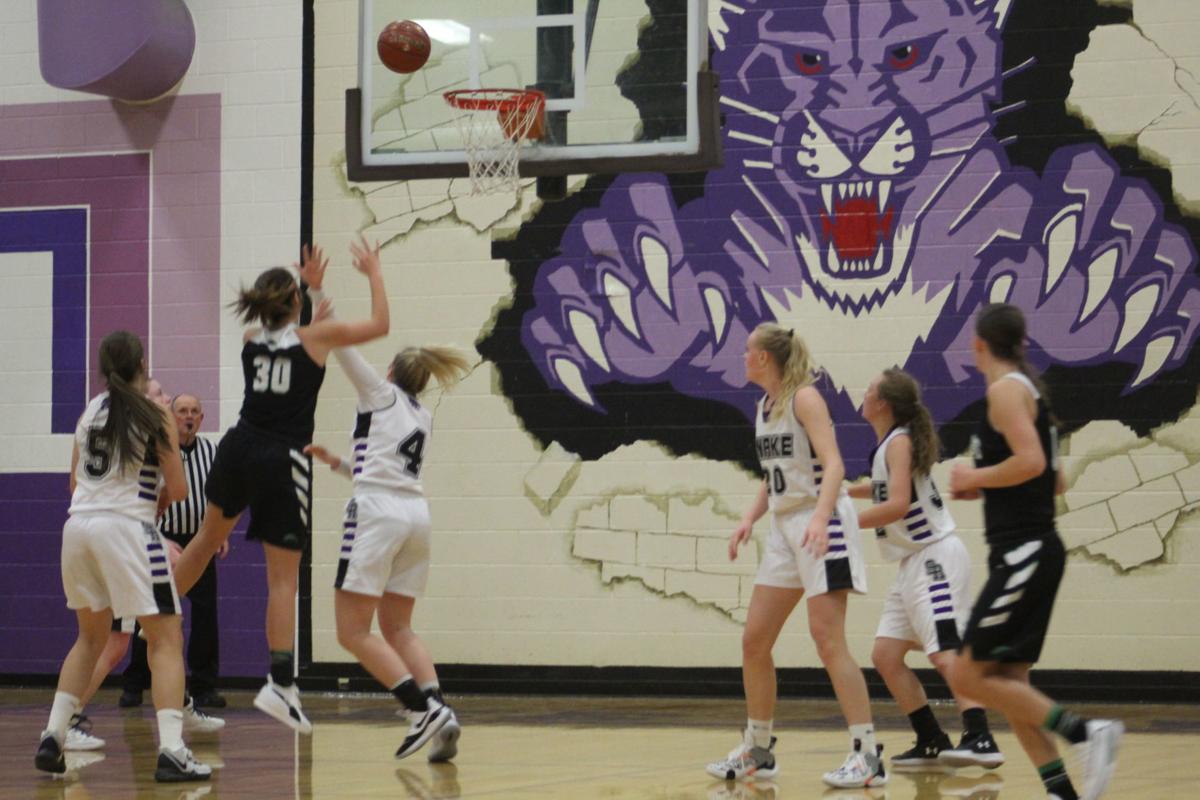 Gracie Anderson (30) looks to score during a jamboree prior to the upcoming season. Anderson will be one of the key members of the Blackfoot girls’ basketball team this year. 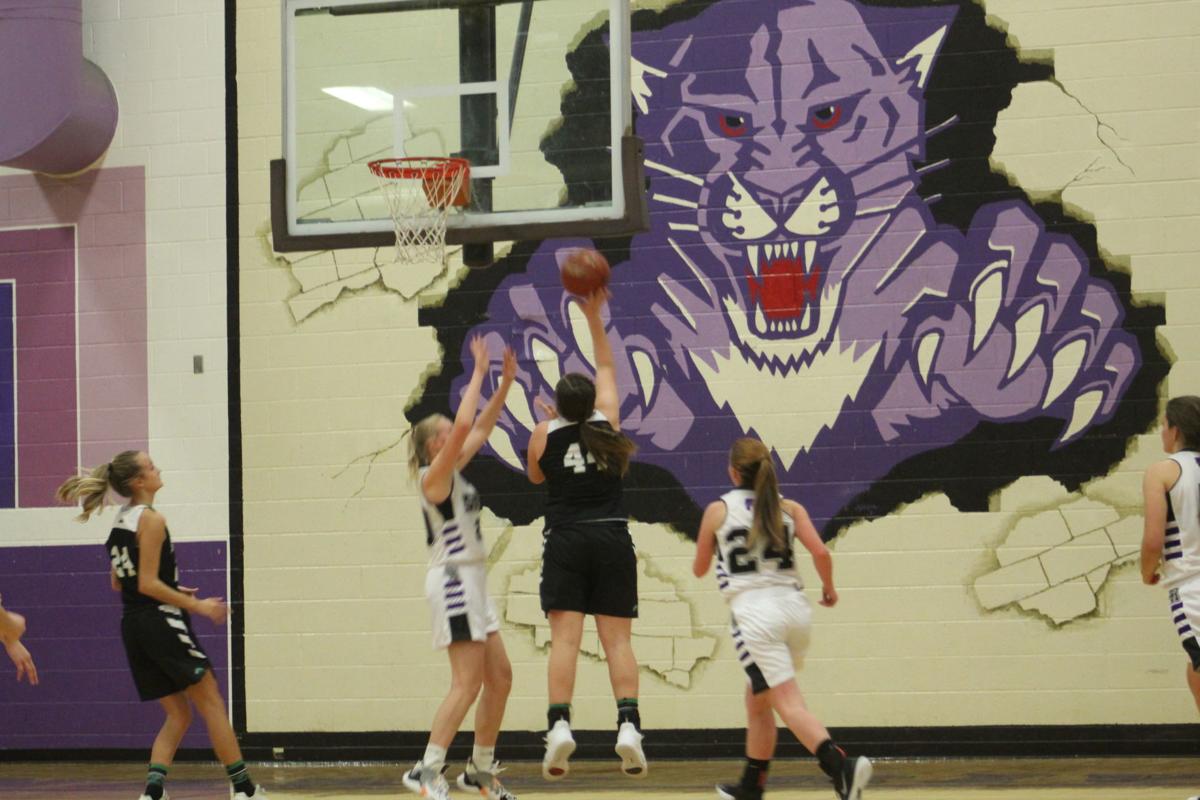 Hadley Humpherys (44) goes up high for a basket. Humpherys will be the main post player for the Broncos in 2019-20.

Gracie Anderson (30) looks to score during a jamboree prior to the upcoming season. Anderson will be one of the key members of the Blackfoot girls’ basketball team this year.

Hadley Humpherys (44) goes up high for a basket. Humpherys will be the main post player for the Broncos in 2019-20.

BLACKFOOT – In the spring of 2019, the Blackfoot Lady Broncos made a run into the state girls’ basketball tournament, and while they won a trophy, it wasn’t the trophy they had envisioned winning.

This season, the team hopes to build on the experiences and lessons learned from last year’s campaign. By all indications, the young Lady Broncos may be able to do just that.

Back from a team that won 20 games will be three starters, Tenleigh Smith at point guard, Hadley Humpherys at post, and Kristen Thomas at a wing.

Gone will be the scoring threats Allie Cannon and Olivia Arave.

The loss of Cannon and Arave will hurt, but the Broncos feel they have plenty of firepower to replace those two players.

Back will be a pair of players who earned letters a year ago in sophomore Izzy Arave, Olivia’s younger sister who gained a lot of experience a year ago as a freshman, and senior Gracie Anderson who missed a good portion of the season due to a leg injury.

Humpherys burst on the scene after the injury to Anderson and promptly became a go-to player as she showed she was almost a sure thing around the basket. She had a number of 20-point scoring games and backed those up with 10-15 rebounds, plus she began to dominate the paint area on the offensive end. That eased the pressure on the outside, allowing Smith to concentrate more on getting the ball into the hands of scorers.

Thomas, while she has been starting for the past two season and possesses a nice little jump shot from about 15 feet in, is the glue that keeps the opposing team honest and does the little things like play defense and grab rebounds.

The addition of Izzy Arave adds another scoring threat from the outside and will aid with the ball handling.

Anderson has shown in the preseason that she can also play on the inside and will aid with the rebounding chores and can move out to the wing on defense and run the floor on the fast break.

Prairie Allowell and Kianna Wright add depth on the bench and the pair are only sophomores as well. This is a young team, but they feel they can compete with the best and plan on winning a conference title, something that the team from a year ago couldn’t do.

This team will be better defensively and should be able to run the floor better than the one from a year ago. Whether that will translate into more wins is yet to be determined. One thing for sure is that team will be fun to watch and should keep fans in the seats for the entire game just to watch the fireworks when they happen.

If the team meshes and gels and if Arave can average double digits offensively, this is a championship caliber team. Only time will tell, but a good view of the team was available when the team opened the season Tuesday when the Lady Titans of Thunder Ridge came to Blackfoot. The Lady Broncos need to get the season started in the right way and there would be no better way than with a season opening win.