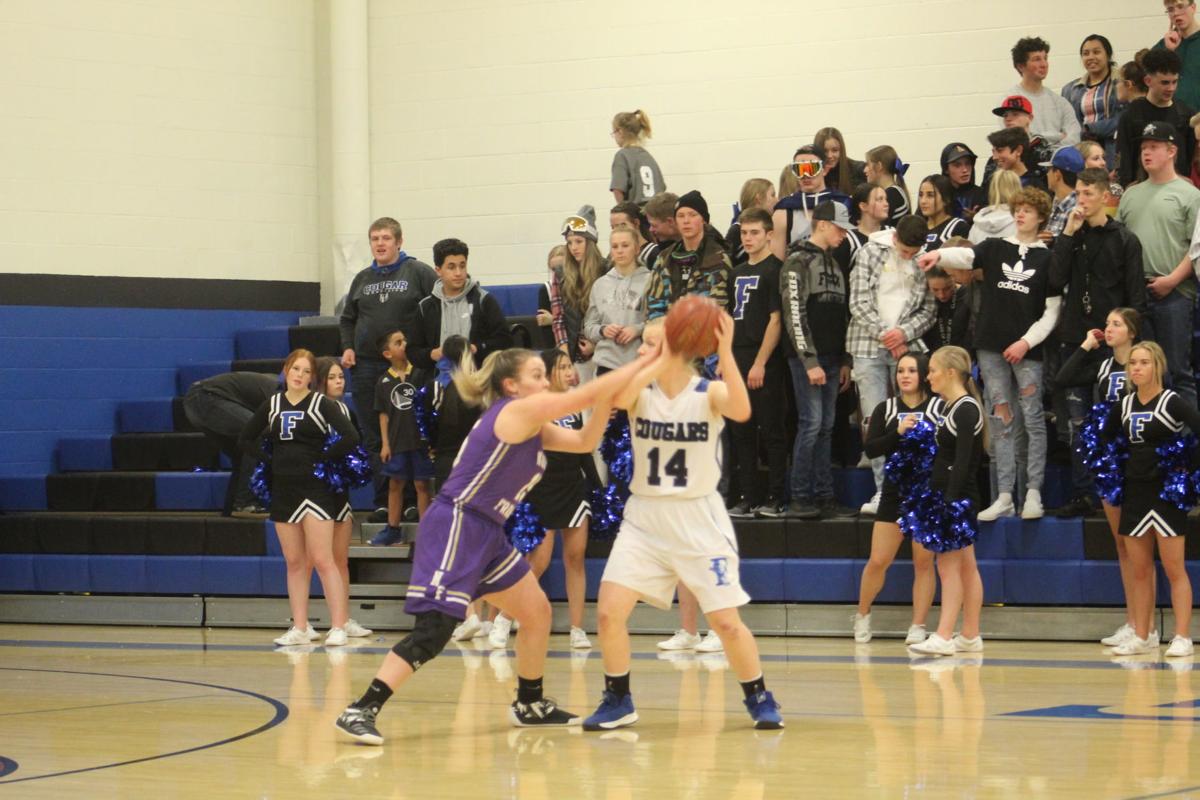 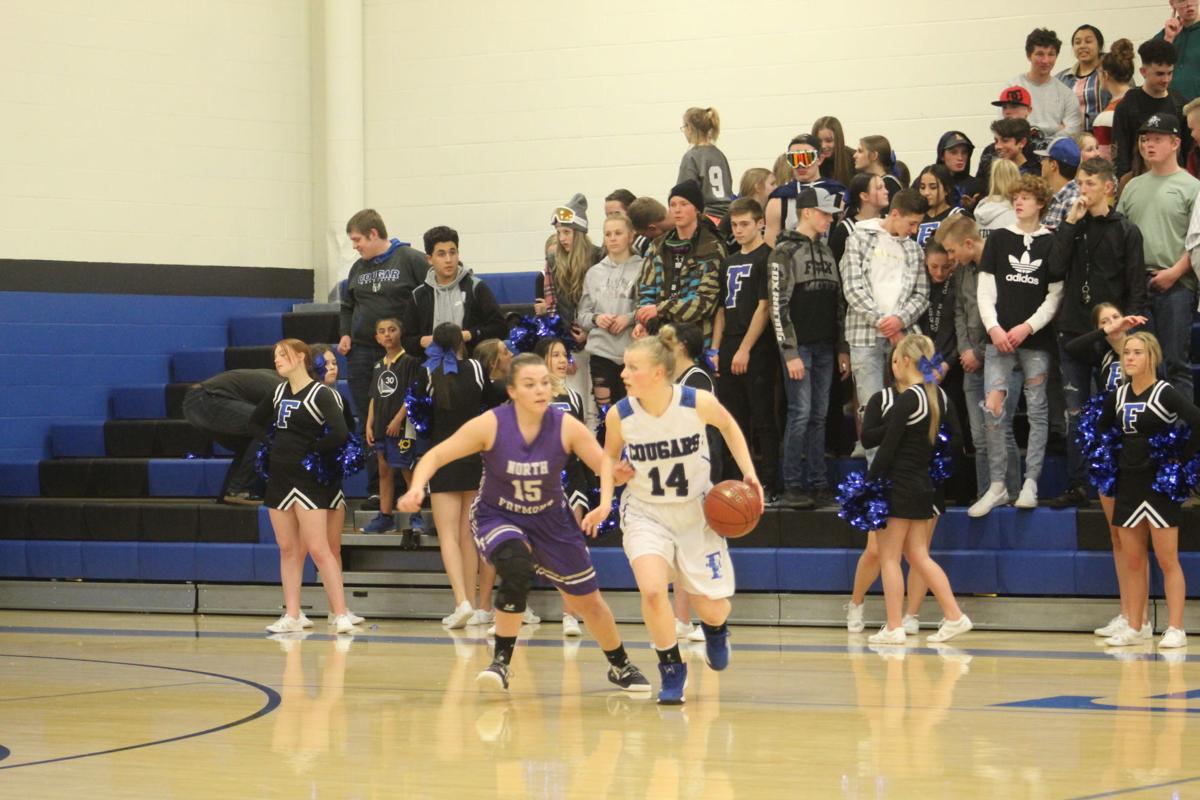 FIRTH – One of the goals set by Firth girls’ basketball coach Sharla Cook at the start of the basketball season for her team was to win all of their regular season games and earn the top seed in the District 6 tournament.

That is always easier said than done, but as of Saturday night, the Lady Cougars are halfway there after beating the North Fremont Lady Huskies 35-29 in a defensive epic that places the Firth girls at 4-0, with four games remaining in the regular season conference play.

“I am so proud of the game tonight, the girls were really on top of the defense and to hold a good team to only 29 points was a very solid effort,” Cook said. “The Nuclear Conference is so tough and to play like we have been is a real tribute to the hard work that these girls put in every night.”

The night started off great for the Lady Huskies as they came out with their own brand of tough-nosed defense and forced a couple of turnovers and nailed a couple of three-point shots to give North Fremont an early lead.

Firth battled back and by the end of the first period, it was North Fremont by two points at 8-6.

The second quarter was about Firth establishing some control of the tempo of the game. They began getting some inside shots from Cassi Robbins, Hailey Gee, and Kiley Mecham, and with Hailey Barker distributing the ball to the open player and controlling the offense, the Lady Cougars were clicking.

By the time the teams went to the locker rooms for the intermission, Firth had moved to the lead to 16-13.

“Hailey Barker really handled the ball and made good passes for us tonight,” Cook said. “She also hit some free throws down the stretch that were the difference in the ball game.”

It only took a few seconds of the third quarter for North Fremont to tie the game up as they would hit a long range three-pointer and suddenly, it was a battle once again.

Both teams took their turns taking the lead and when the action was finally stopped by the buzzer ending period number three, it was Firth still clinging to a two-point lead at 25-23.

The fourth and final quarter of the game was all about defense and Firth showed that it had the upper hand.

They forced turnovers when needed and answered North Fremont’s offensive baskets when they happened.

When the Lady Huskies were forced to foul, Barker calmly set up at the free throw line and made the ones that counted, preserving a 35-29 lead.

With the win, Firth moves its season record to 11-4, a perfect 4-0 in conference play, with the second swing through the Nuclear Conference ahead.

The Cougars will be in action next today, when they host Sugar-Salem with a 7:30 p.m. tip-off. After that, it will be all conference action for the remainder of the year.