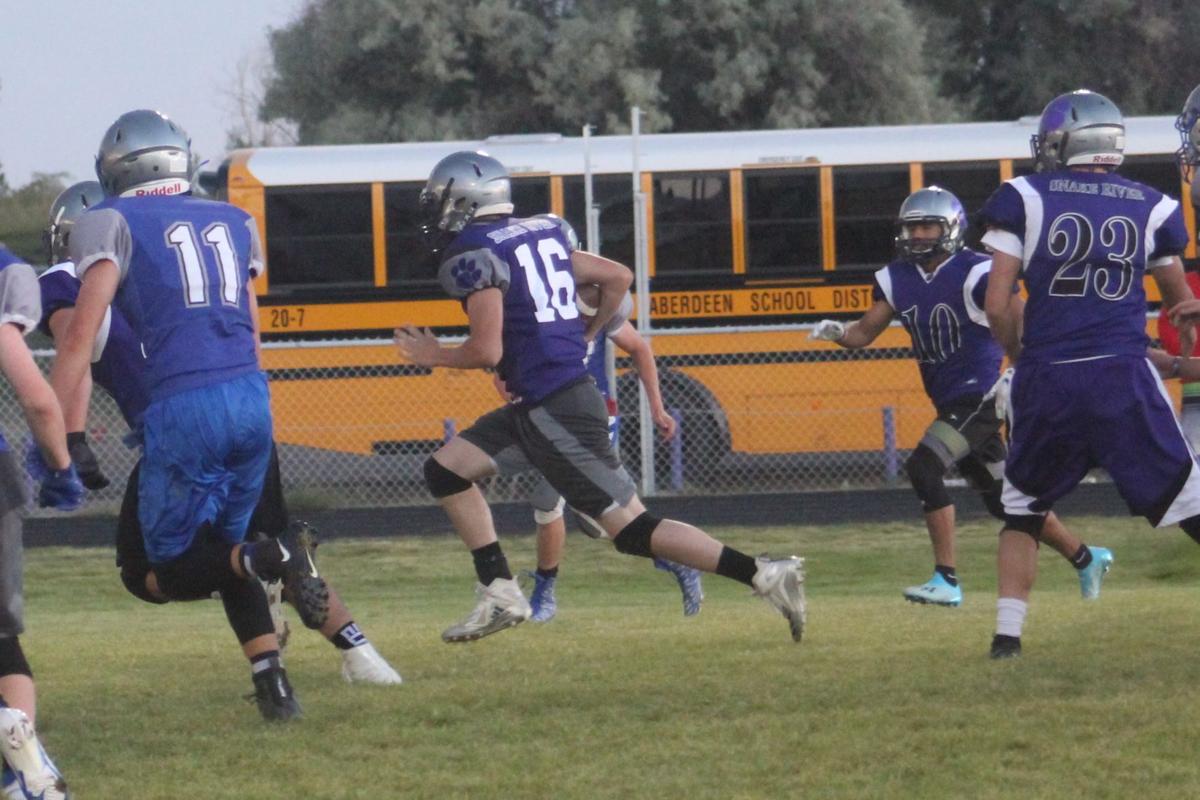 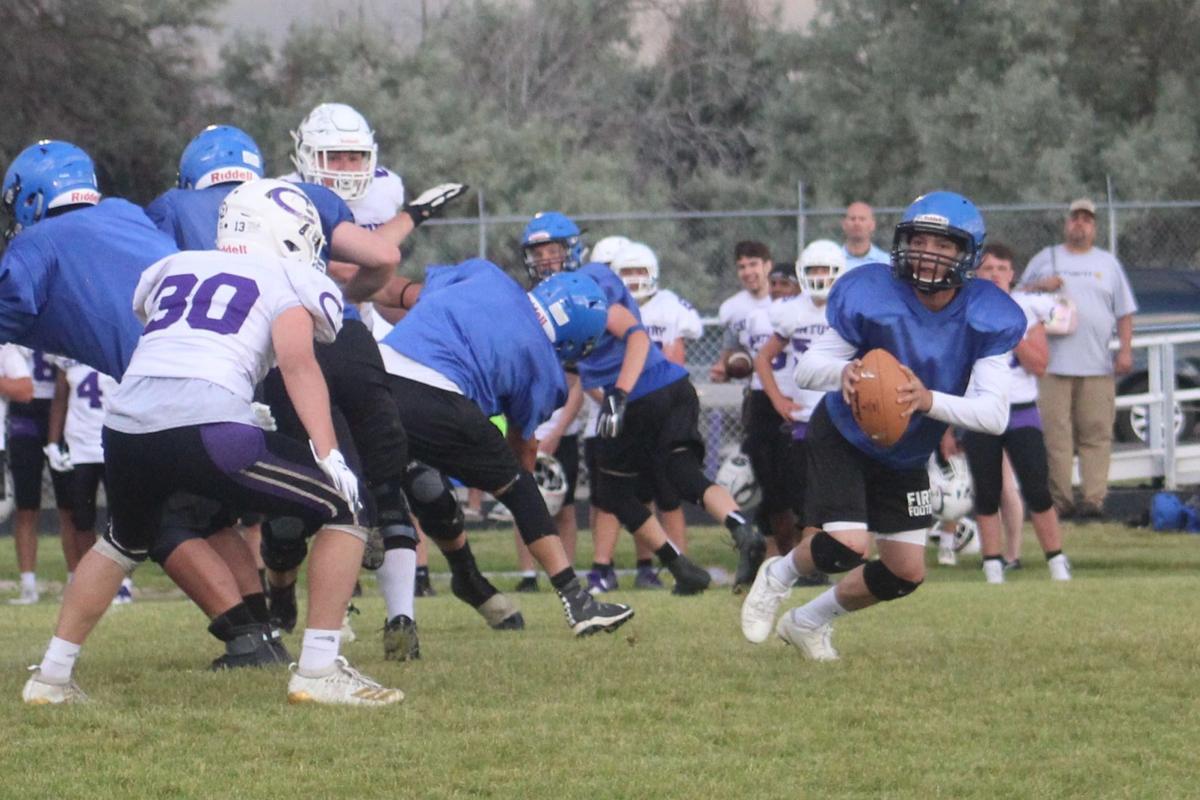 THOMAS – In what is becoming an annual tradition, the Snake River Panthers football team held the concluding activity of the varsity football camp on Thursday evening when they invited a number of teams to Harrison Field for a friendly scrimmage.

Bear Lake, Aberdeen, Century, Firth, Marsh Valley, Soda Springs, and host Snake River all showed up to get some action in and be able to hit somebody other than their own teammates for a change.

The play was modified as each team was given 10 minutes on offense followed by 10 minutes on defense and then a five-minute period of each against a foe matched up just for them.

The format was designed to also keep teams who might see each other in their schedules which are set to begin Aug. 27 or 28, just a few weeks away.

It was also a great time to get out and see some action with all of the worries about COVID-19 circulating around and questions being entertained by some states that are canceling the football season altogether.

It was cloudy at times, with some rain showers and a bit of gusty winds, but the teams had a chance to play football and that is what they all wanted.

Some of the teams were obviously rusty in their play as you would expect and most ran a very vanilla offense, making sure that they didn’t give up too much to some opponents who were in attendance and will be seeing them in a few short weeks.

Firth unveiled a new quarterback in sophomore Gage Vasquez, a frighteningly quick and speedy runner who also showed that he had a pretty good arm as well and the offense there looks as potent as it has been for a few years now and if they come up with a solid defense, they could easily compete for the Nuclear Conference title this fall.

Snake River returns several key pieces in quarterback Cole Gilbert and wide receiver Trey Poulter, who both looked like they had been playing a lot of football already this summer. The Panthers, however, will need to find a replacement for two-time All-State running back Treyton Young before the season begins. The Panthers also showed that they might be bigger and faster on their offensive and defensive lines than they were a year ago.

Bear Lake has a big, strong-armed quarterback who reportedly has already been getting some inquiries from some area colleges and Century unveiled a big, strong running back who has breakaway speed in their backfield.

Aberdeen will be Aberdeen and the Tigers will find a way to replace their graduating backfield and be just as tough as they always are, barring injuries.

Marsh Valley is replacing quite a bit on both sides of the ball as is Soda Springs.