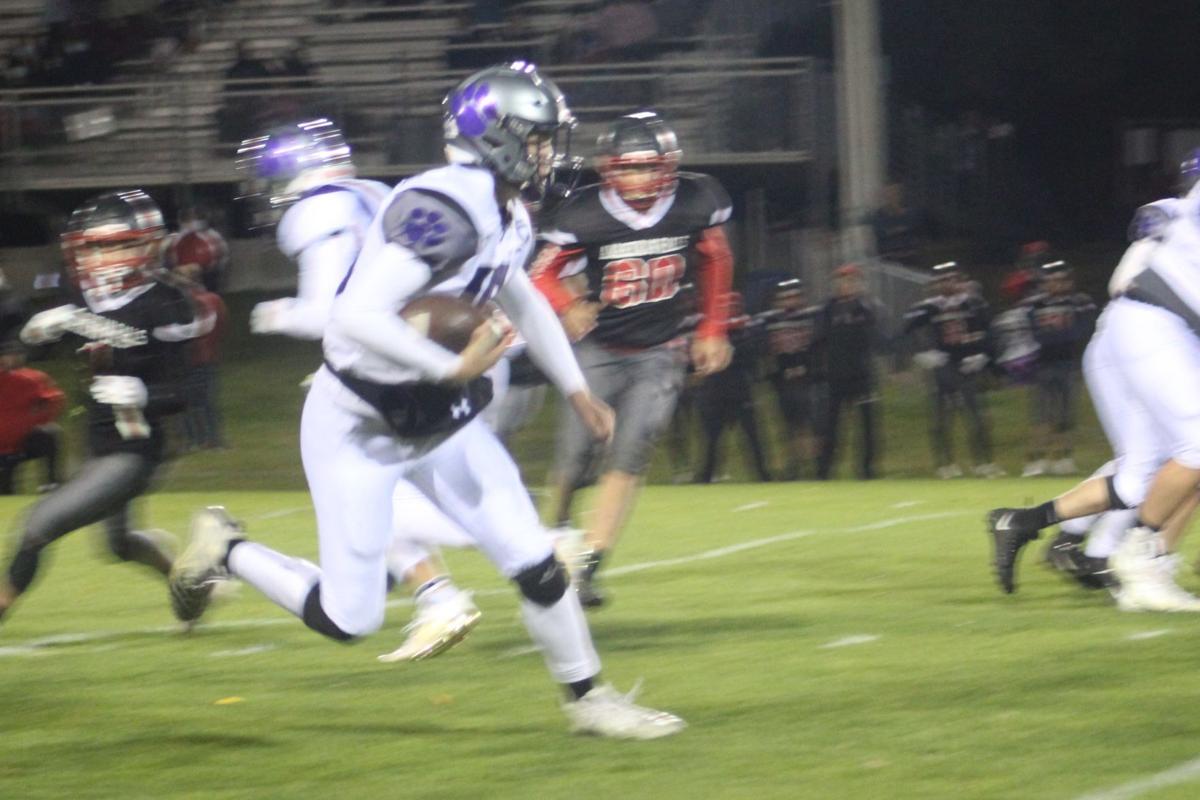 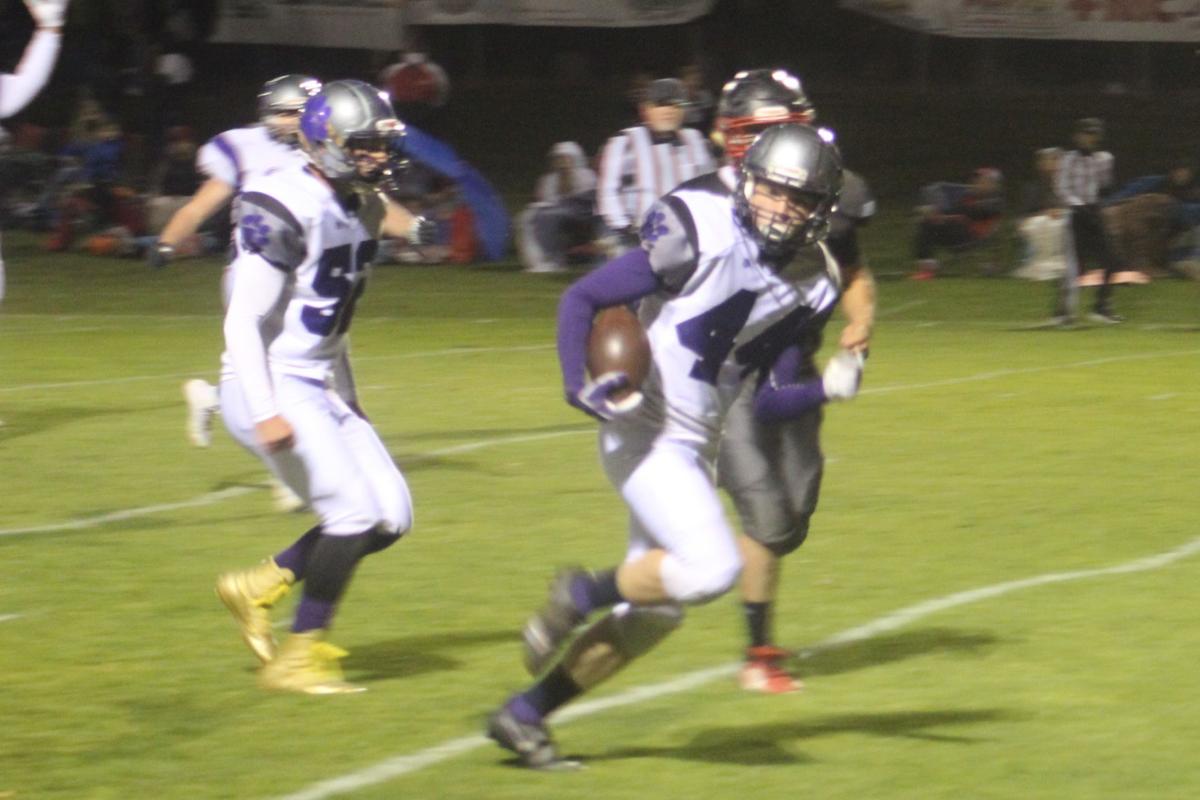 Panther Jace Mortensen gets free as he crosses the goal line. 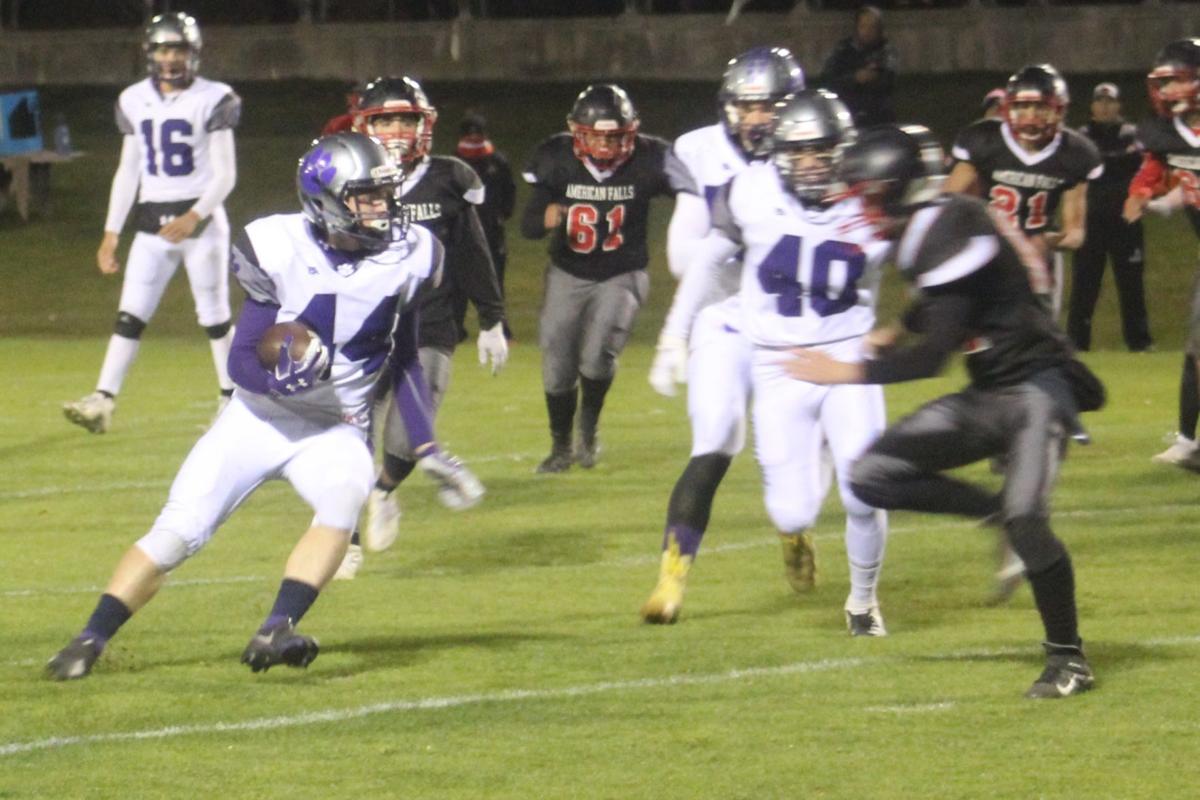 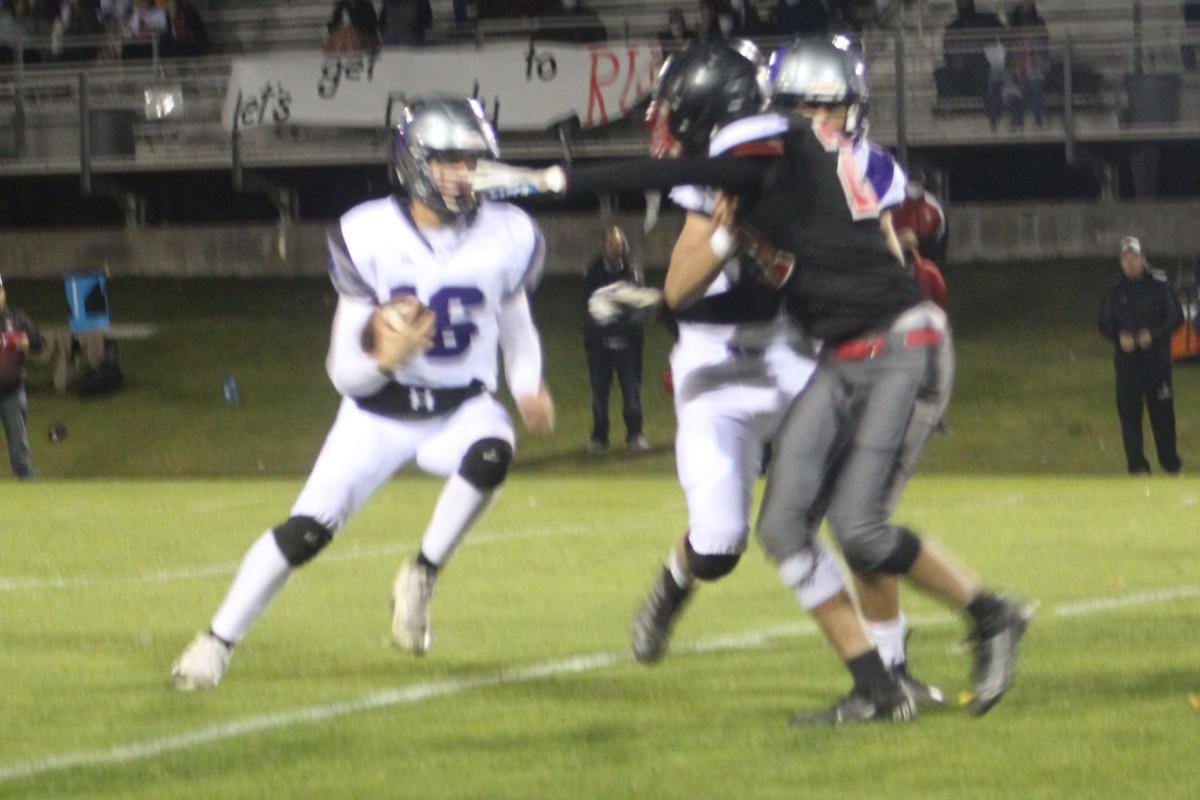 Panther quarterback Cole Gilbert cuts off a block for a big gain.

Panther Jace Mortensen gets free as he crosses the goal line.

Panther quarterback Cole Gilbert cuts off a block for a big gain.

AMERICAN FALLS – With the South East Conference title on the line, you might expect the coaches of the two teams involved, American Falls and Snake River, to play things a bit close to the vest.

What transpired on Friday night might be one for the books in the history of the rivalry between the two teams.

American Falls took the opening kickoff and proceeded to run the ball. They were not making much against the Panther defense, but with two yards here and three yards there and an occasional offsides penalty, the Beavers were able to move the ball down the field. Their biggest play of the first quarter was a seven-yard run on a third and seven that produced a first down and kept the clock running.

Before you knew it, the horn on the scoreboard and the first quarter had come to an end and the Panthers had yet to touch the ball on offense and the Beavers had moved into the Panthers’ end of the field. That is right, the Beavers managed to eat up the entire first quarter, shortening the game in the process and there was only 36 minutes remaining in the all important contest.

The best thing for American Falls was they still had control of the ball and the Panthers had yet to touch it.

The Beavers continued to drive, taking another three minutes and 42 seconds off the clock before turning the ball over on downs to the Panthers for their first offensive snap.

The game plan did not change for either team, as Snake River looked as though it intended to do the same thing to the Beavers that had been done to them. They began running the ball themselves and the clock continued to wind down.

With a drive that started with less than nine minutes remaining in the first half, the Panthers would do their best imitation of American Falls and seemed more than satisfied to take the three, four and even five yards at a time and began to move the ball down the field.

When the clock got inside of a minute left, the ball was on the Beavers’ eight yard line when Snake River head coach Jeb Harrison called for the Panthers’ third and final time out of the half.

The play was called and quarterback Cole Gilbert dropped back to attempt one of only a few passes in the first half and he let it fly. The ball was batted around a bit and ended up in the hands of American Falls senior Andrew Adkins and he headed up the field before being dragged down by a handful of Panthers at around the 25 yard line.

Before the Beavers could get a play run, the clock hit zero, the horn sounded the end of the first half and neither team had scored.

The sum total of the first half was that neither team scored, neither team had 100 yards of offense and the game was at a total standstill tied at zero after 24 minutes of play.

Time of possession for the first half was in favor of American Falls, 16:10 to 7:50 for Snake River, but the fact remained that neither team had crossed the other team’s goal line.

The second half started with the Panthers receiving the ball and they immediately began driving the ball down the field and from the 17 yard line of American Falls, Panther running back Carson Hawker was able to break free and scampered the distance for the score. With the Rubi Trejo point after good, the Panthers were ahead 7-0. The score came at 9:59 of the third quarter.

The Panther defense stood tall and forced the ball back into the hands of Panther quarterback Cole Gilbert and he wasted little time in finding wide receiver Trey Poulter wide open and after he hauled the ball in for the reception, he outran the defense and ended up in the end zone on the end of a 61-yard catch and run play that put the Panthers on the scoreboard once again. With the Trejo extra point, the Panthers were ahead 14-0 and in a tightly contested game, that began to look like enough to claim the win. The Panthers, however, had other things in mind.

The Panthers got the ball back once again and began to drive the ball down the field. With only 2:35 left in the contest, Gilbert found Rubi Trejo open and the running back/kicker took it the final 17 yards for the third and final score of the game and then booted the extra point home for the final score of the contest and cemented the 21-0 win for Snake River.

With the win, the Panthers claim the South East Conference title with a 2-0 record and will advance to the state playoffs in two weeks.

Next up, however, the Panthers will close out the regular season with a home contest against the Preston Indians at Harrison Field on the campus of Snake River High School on Friday, Oct. 23, with a 7 p.m. kick off. The Indians will bring a 2-5 record into the contest.