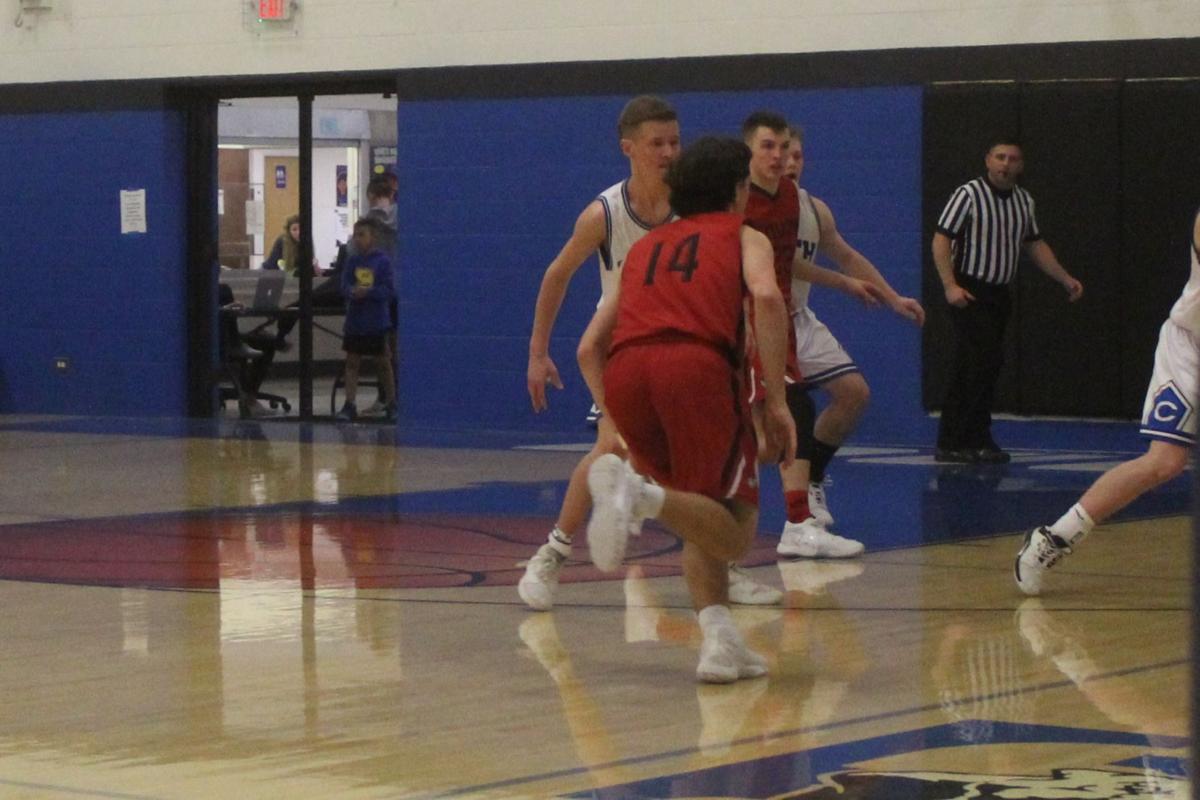 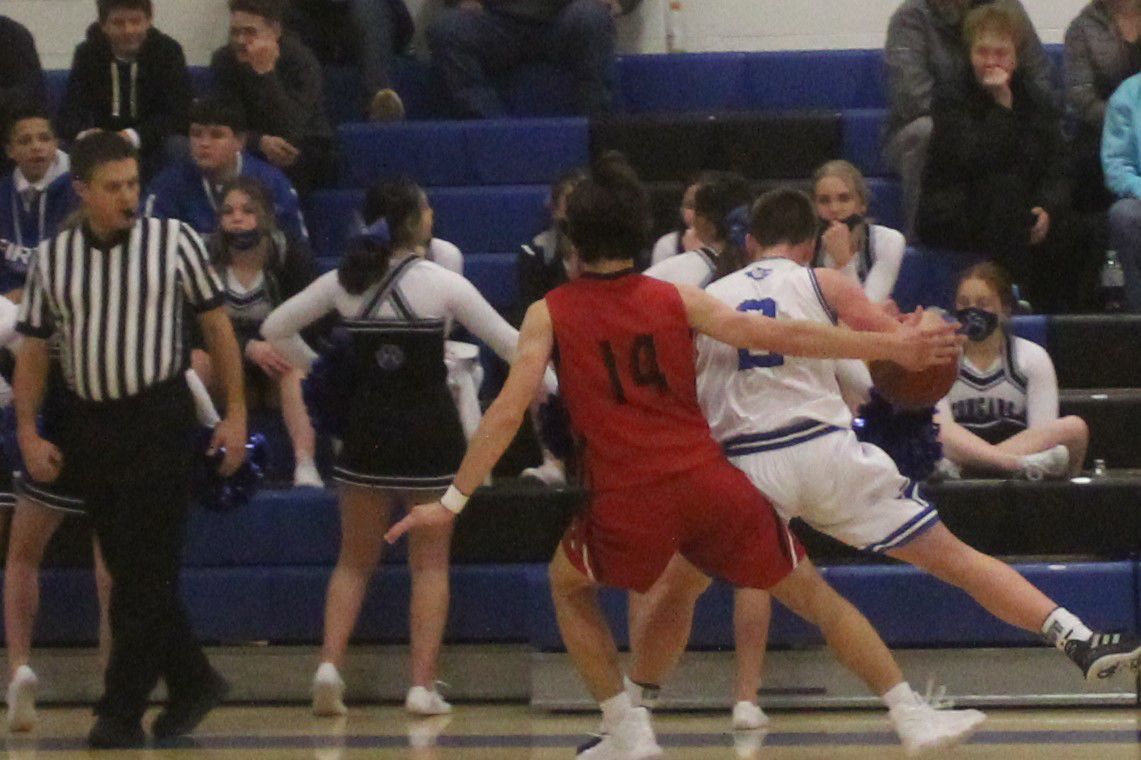 Kyle Jacobsen (2) on the move against South Fremont. 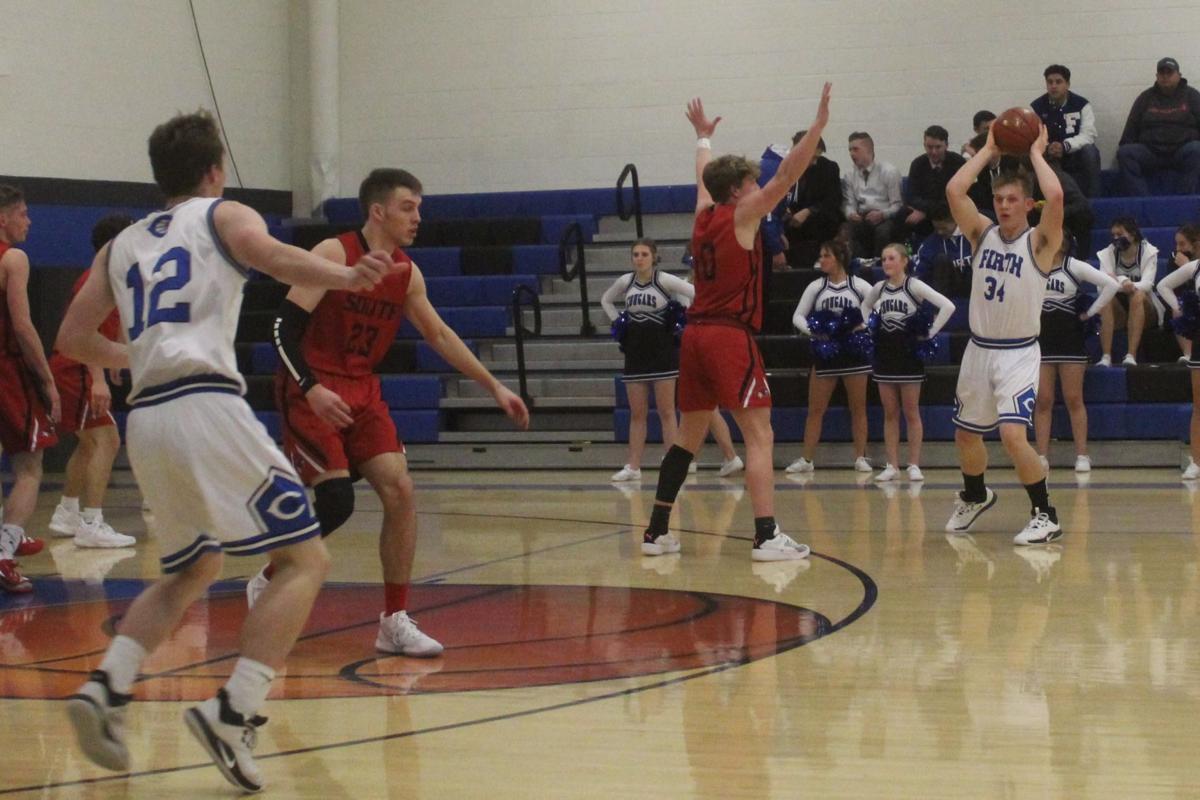 Kyle Jacobsen (2) on the move against South Fremont.

The game, while close for most of the contest, was decided with a couple of runs by the South Fremont Cougars, one at the end of the first half and the other in the late part of the fourth quarter, as they shot themselves to a 10-point win over the Firth quintet, 64-54.

The game started off oddly enough, with a pair of free throws due to a technical foul on South Fremont for filling out the score book incorrectly and the Firth Cougars had a quick 1-0 lead and the clock hadn’t even started. That lasted only momentarily as South Fremont hit a three-pointer and a layup to take a 5-1 lead.

The two teams were battling back and forth and when the first period came to a close, it was 14-12 in favor of South Fremont and both teams had to be feeling pretty good about themselves.

Four minutes later, with the second period at the halfway mark, it was 20-18 and still a very close contest, when South Fremont would run off eight straight points, to open up a 10-point lead at 28-18 and things had shifted dramatically momentum-wise, into South Fremont’s corner. The run would eventually reach 13-2 for the South Fremont crew, before Firth’s Jaxon Howell was able to hit a three-pointer and an old fashioned three point play would reign in the South Fremont crew a bit, but the two teams went to the locker rooms for the intermission with South Fremont ahead by the score of 33-23.

South Fremont already had two players in double figures scoring at halftime with guard Kaimen Peebles having scored 11 and post player Tag Bair putting up 10 points of his own.

In the second half, Firth’s post player Athan Blonquist began to get things going for the Cougars with a three-point play and the Cougars began to chip away at the lead. They would get things down to a four-point lead through some switching defenses and a couple of fast break opportunities, but South Fremont was ready for most everything that Firth could throw at them and with the distinct height advantage, were able to keep things at an arm’s reach by the time the third quarter ended at 41-35 in favor of South Fremont.

The two teams went back and forth throughout the fourth quarter, with the lead varying from four to eight points until around the four-minute mark, when a pair of free throws by South Fremont pushed the lead to 10 points at 54-44.

Firth had one more small run left in the tank and when Taedyn Jacobsen made a three-point play on a layup and a free throw they were able to cut the lead to 60-53. From there it was pretty much South Fremont’s game and they closed things out for the final of 64-54.

Despite the decided height advantage of South Fremont, Taedyn Jacobsen and Athan Blonquist were able to score 29 points inside for Firth, with Jacobsen netting 19 and Blonquist getting 10, but the Cougars were hard pressed to get much else in the way of scoring from the outside.

Next up for Firth will be a contest at North Fremont on Thursday on the road with the tip-off at 7:30 p.m. The Huskies, the presumed top-ranked team in 2A have a perfect record on the year at 10-0 and will be looking to kick off their defense of the Nuclear Conference run in the right way. The Cougars will be playing their first Nuclear Conference game of the season and will enter the game with a 7-5 record, three of those losses in a row.