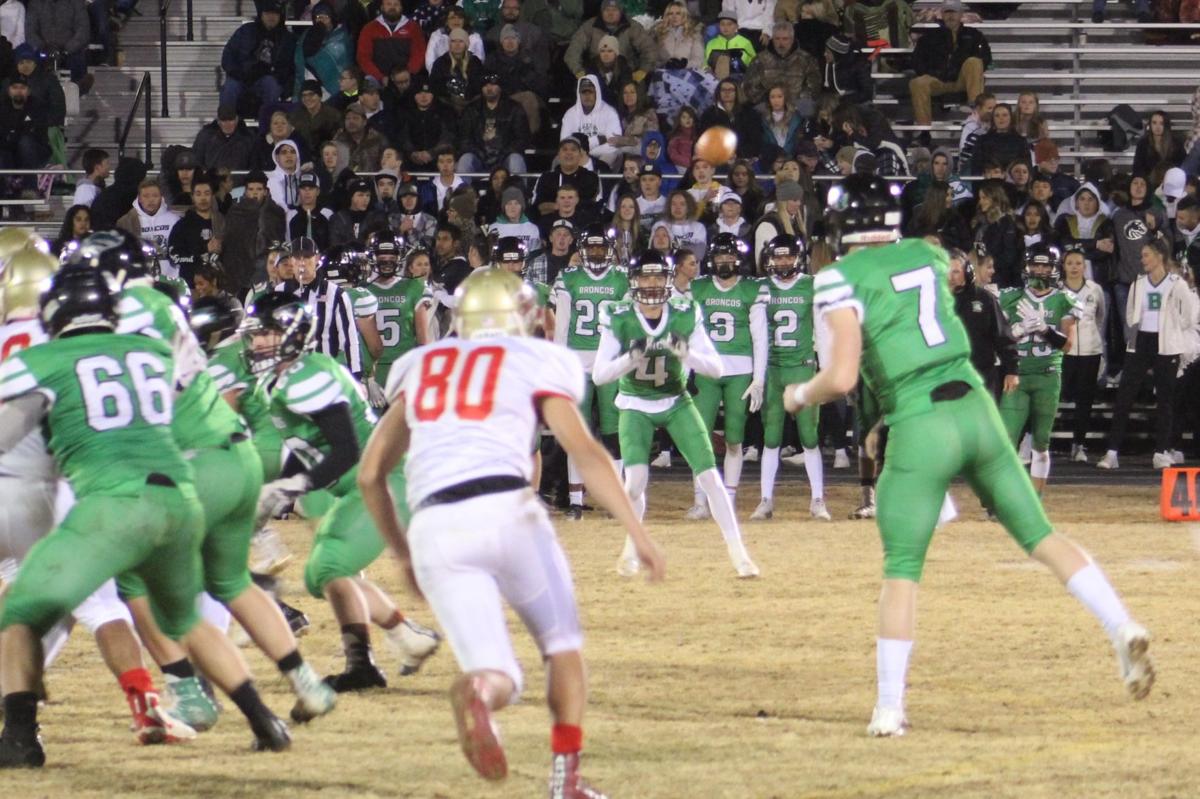 Lander Wall (66) of Blackfoot was named as an offensive lineman. 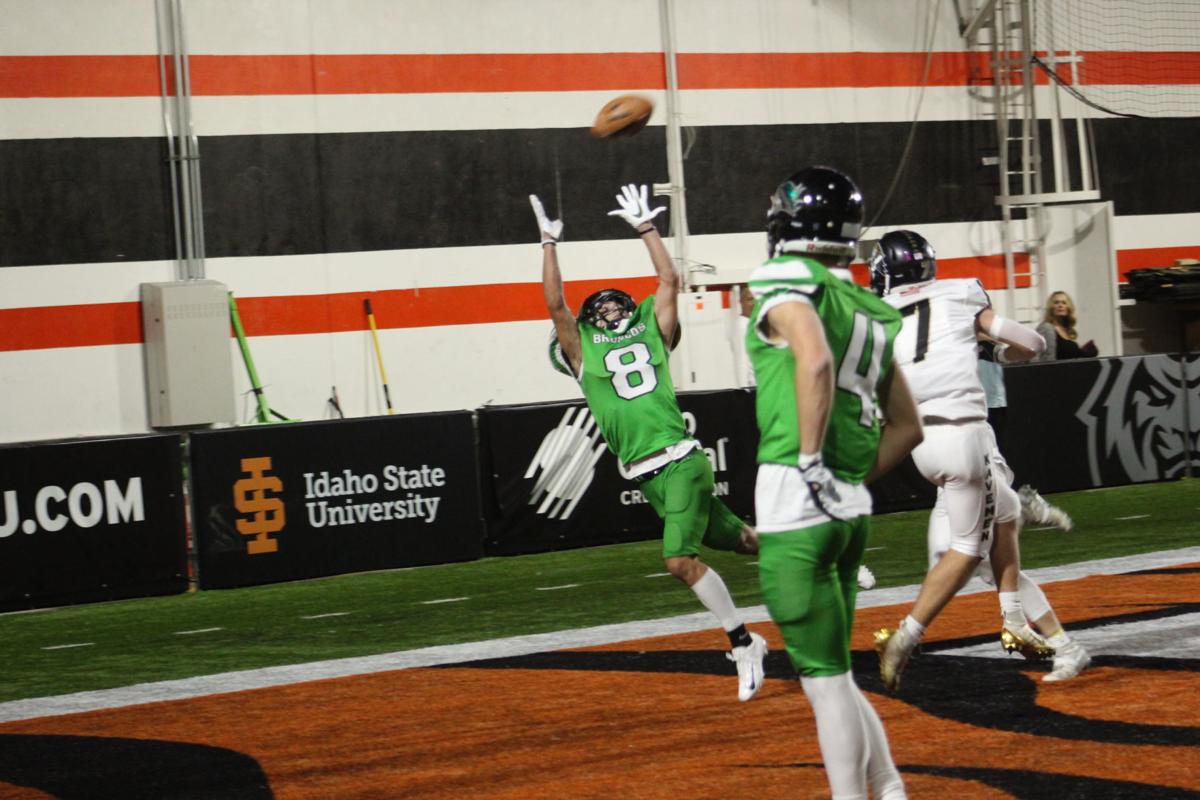 Reece Robinson (8) goes up high for a touchdown in the 4A state championship game against Kuna.

Lander Wall (66) of Blackfoot was named as an offensive lineman.

Reece Robinson (8) goes up high for a touchdown in the 4A state championship game against Kuna.

BOISE — The Blackfoot Broncos, fresh from their runner-up finish in the 4A state championship football game, landed four players on the first team of the All-State football team chosen by the Idaho Statesman.

The four Broncos were led by junior running back Teegan Thomas, who rushed for over 200 yards per game, totalling 1,825 yards in nine games, missing three games with a broken wrist. Although the Broncos won three games without Thomas in the backfield, his presence was sorely missed and it showed when he returned and promptly ran for 230 yards in his first game back.

Defensive back Reece Robinson, who also started on offense, was a game-breaking player on both sides of the ball. He could beat you on a long pass play as a receiver, or he could beat you with a drive stalling interception while on defense. The speedy player was rarely off the field during Broncos games.

Offensive lineman Lander Wall was one of the Broncos responsible for opening holes for Thomas on his breathtaking runs down the field. He had the ability to get the key block downfield on many of Thomas’s long runs to paydirt.

Linebacker Troy Kirkpatrick was one of those kind of players who was all over the field all the time. He didn’t just make plays when the other team ran at him, he searched out the running back or the quarterback and tried to punish them for even thinking about coming into his zone on the field. Kirkpatrick had 88 tackles, nine sacks and two interceptions on the season.

The senior emerged as a two-way, first-team pick after turning 42 catches into 1,096 yards and 12 TDs.

The 6-5, 297-pound senior hasn’t surrendered a sack in three years and will graduate early to play at Washington.

Opponents winced when they saw the 6-foot, 240-pound senior turn the corner as a pulling guard.

The senior was a weapon on kickoffs, racking up 25 touchdowns. He also converted 52-of-57 PATs.

The senior’s size (6-2, 285) and strength demanded double teams as the anchor of the state champ’s defense.

The senior made plays all over the field for the Broncos, racking up 88 tackles, nine sacks and two interceptions.

The senior secured the heart of Kuna’s defense with his sideline-to-sideline speed and 56.5 tackles.

A second-team running back with 1,466 rushing yards, the senior made 73 stops and nine tackles for loss.

An electric receiver, too, the senior capped his three years as a starter with eight INTs, the most in 4A.

The senior was a threat in all three phases. In the secondary, he racked up 80.5 tackles and three INTs.

Few threw the senior’s way. But he still had 93 tackles and nabbed four INTs, giving him 14 in his career.

The senior shut down his side of the field, breaking up 16 passes and finishing with seven interceptions.

The senior averaged 44.4 yards per punt, including five that went for more than 50 yards and a long of 60.