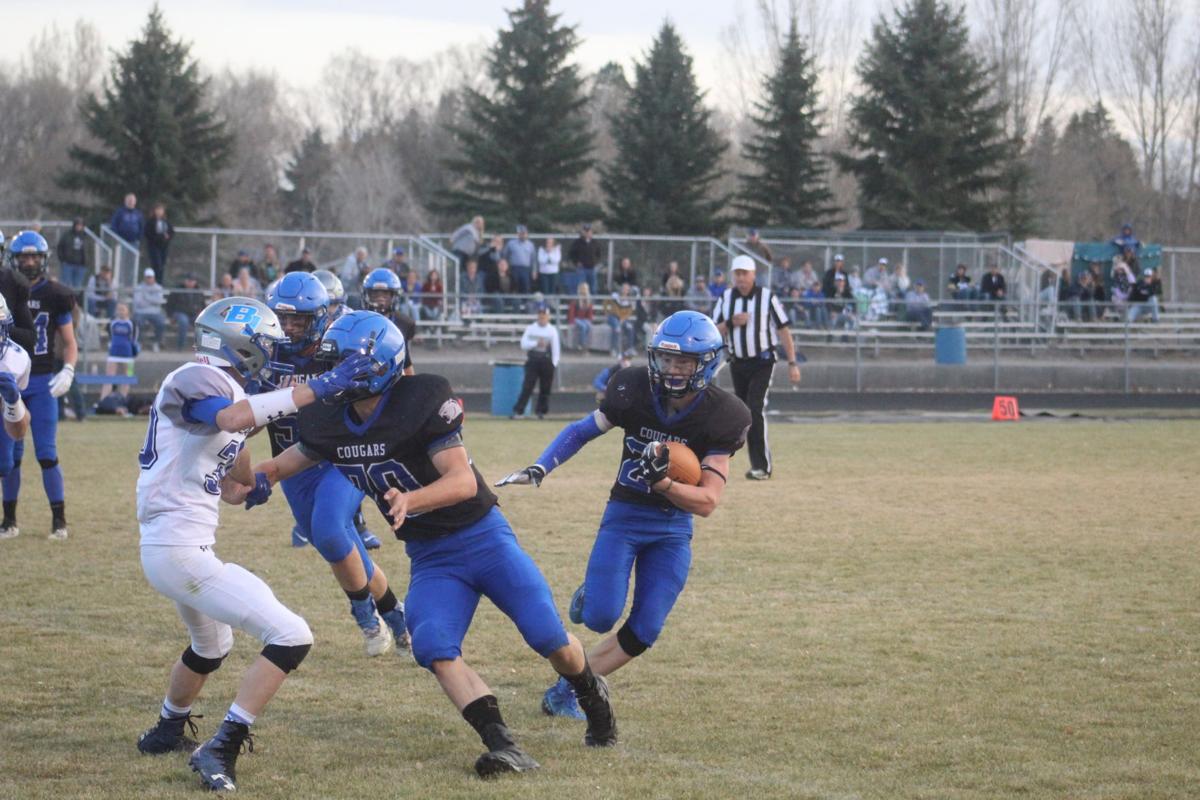 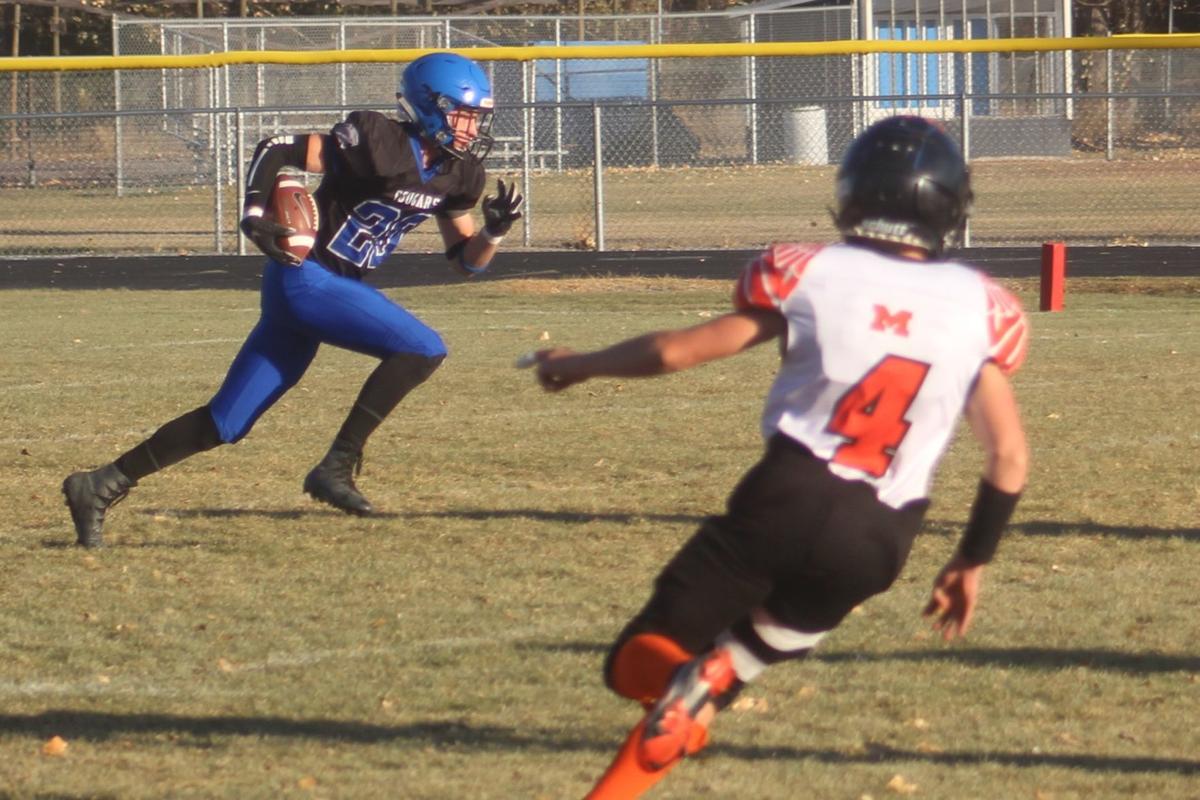 Firth opened the playoffs with a win over Malad.

Firth opened the playoffs with a win over Malad.

Here is a recap of how each game in the quarterfinals went and how the semifinals will match up for this week’s games.

There is only one Bingham County team that survived the quarterfinal round and that is the Firth Cougars.

Rigby has now won some 19 games in a row as they downed Eagle 35-28 in the quarterfinals. At the same time, Mountain View was dispatching of Capital 21-14 so those two will meet in the semis.

Rigby will host Mountain View on Friday at Rigby with kickoff scheduled for 7 p.m.

In the bottom of the bracket, Rocky Mountain was handling Highland by the final score of 29-13 and Coeur d’Alene, the top team in the state all season long, was handling Timberlake by the score of 56-7.

In the first of the two semifinals, Skyline will host Sandpoint in a Nov. 13 game in Rexburg at Madison High School with the kickoff slated for 7 p.m.

Emmett was busy with Blackfoot and in a real shootout, the Huskies topped the Broncos 28-27.

Century, meanwhile, was taking care of business against Bishop Kelly and the final there was 33-14.

That will send Emmett to be the host against Century in a Nov. 13 game in Emmett with kickoff at 7 p.m.

Homedale remained on fire with a strong 55-19 win over Timberlake and South Fremont, also on fire in recent weeks, was able to handle Gooding by the score of 26-20.

That will send Homedale and South Fremont to the first semifinal in 3A. Homedale will host South Fremont on Saturday with game time scheduled for 1 p.m.

Also in 3A, Sugar-Salem easily handled Weiser by the score of 34-8 to move into the semifinals while Kimberly was using a final minute score against Snake River to down the Panthers 28-26.

This semifinal will be played at Madison High School on Friday with the kickoff scheduled for 4 p.m.

The top team in the state, West Side, was busy handling Grangeville by the final of 28-7 to keep their unblemished record intact.

Declo scored 50 against Melba to take that game by the final of 50-14.

West Side will host Declo in the first semifinal on Friday with kickoff at 1 p.m.

North Fremont, also undefeated, was taking care of business against Soda Springs by the final of 58-18.

Firth, meanwhile, was beating Bear Lake for the second time this year, this time by the score of 30-20.

That will send North Fremont to host Firth on Friday with a 4 p.m. kickoff.

1A Division I Playoffs

In a high scoring contest, Prairie put up 72 points against Grace who had 36 to move into one semifinal.

Another high scoring game saw Oakley put up 80 points against Butte County who could only counter with 12 points.

That means the first of the semifinals will pit Prairie against Oakley in what looks to be a real shootout. That game will take place on Friday in the Kibbie Dome with kickoff at 7 p.m.

Raft River outscored Kamiah 76-14 to take the next quarterfinal.

Lighthouse Christian was better than Notus by the score of 41-8.

Kendrick got this classification off to a big start with a 44-34 win over Watersprings. Meanwhile, Carey was taking care of Garden Valley by the final of 46-28.

Kendirick will host Carey in a good game on Saturday with kickoff at 3 p.m. The game will take place in the Kibbie Dome at the University of Idaho.

Dietrich was able to put 60 points on the scoreboard against North Gem who scored 42 in another shootout.

Mullan kept on winning as they beat Horseshoe Bend by the final of 28-12.

Dietrich will host Mullan at Dietrich in another Saturday contest with the kickoff slated for 1 p.m.