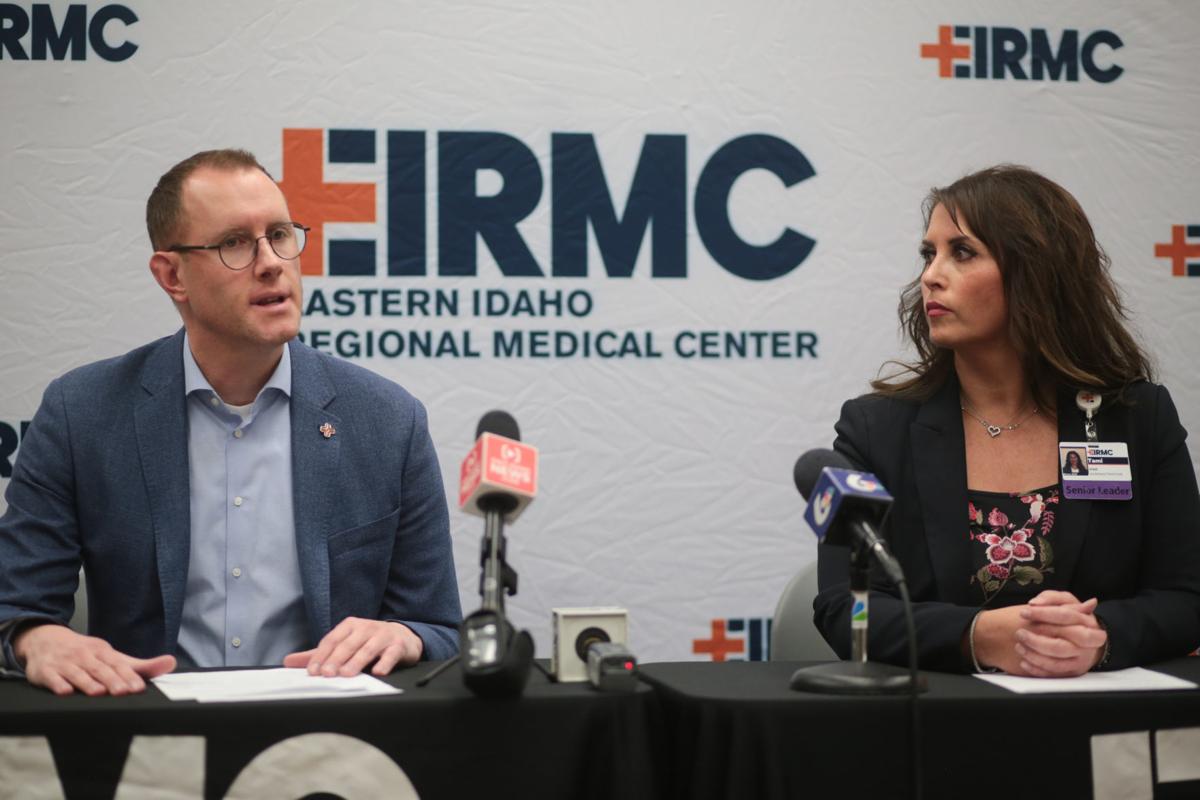 Eastern Idaho Regional Medical Center CEO Jeff Sollis and CNO Tami Frost address the press on Thursday, March 26, 2020. Despite no reported cases of the novel coronavirus in Bonneville County Sollis said his staff are ready for a surge of patients. The hospital has roughly 260 beds with the capacity to put 60 people on ventilators today with the ability to make more available according to Frost. 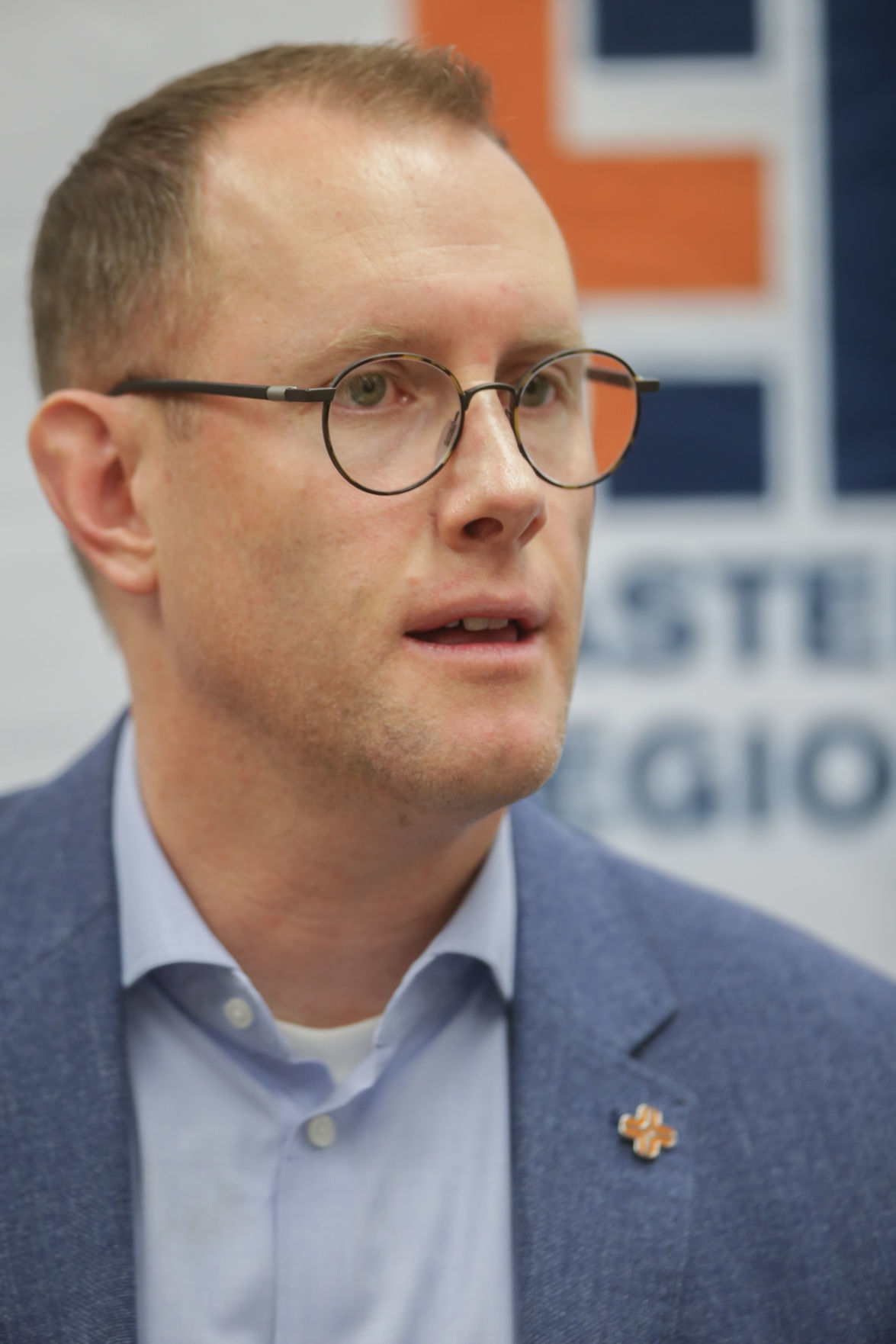 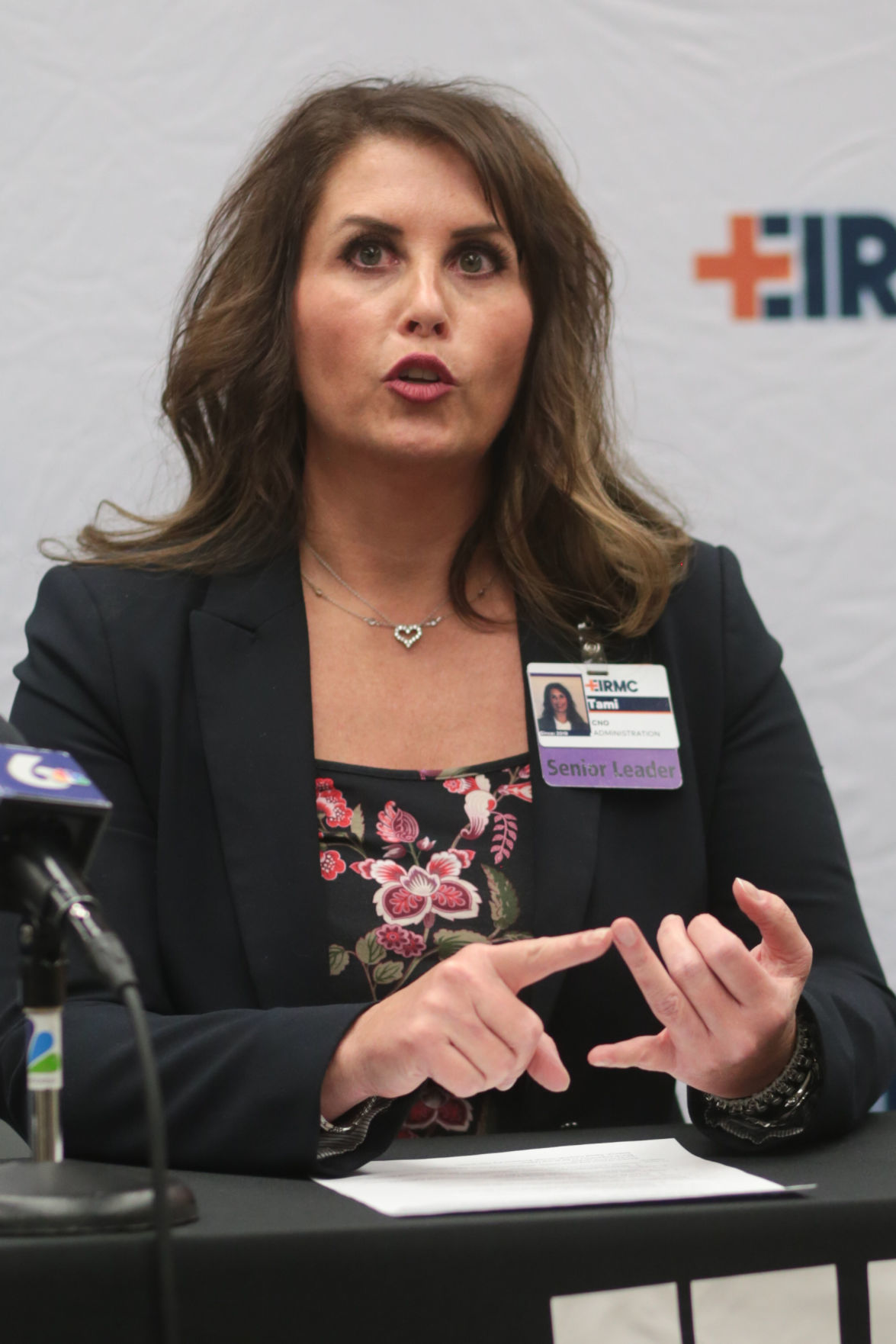 Eastern Idaho Regional Medical Center CEO Jeff Sollis and CNO Tami Frost address the press on Thursday, March 26, 2020. Despite no reported cases of the novel coronavirus in Bonneville County Sollis said his staff are ready for a surge of patients. The hospital has roughly 260 beds with the capacity to put 60 people on ventilators today with the ability to make more available according to Frost.

Leaders from Eastern Idaho Regional Medical Center spoke during a media event Thursday to outline what steps the hospital has taken so far to prepare for the coronavirus.

Hospital CEO Jeff Sollis and Chief Nursing Officer Tami Frost outlined the steps the hospital has taken so far to prevent the spread of the virus and prepare for a possible surge in cases.

“In some sense, we are lucky because we were able to observe what happened around the globe and in other parts of the country and learn from what they have gone through. We aren’t taking that for granted,” Sollis said.

The plan put in place by the hospital’s incident command team would allow EIRMC to triple the current number of beds, which is just over 250 excluding the Behavioral Health Center, to meet a surge. In that case, staff would be brought in from other areas of the hospital to focus on those patients as well as potentially using nursing students from the College of Eastern Idaho.

Currently, the hospital could provide ventilators to at least 60 patients. Frost said that to meet surging demand, other surgical equipment such as anesthetic devices could be turned into ventilators, and machines could be split between two patients.

Visitors coming into the hospital will be rejected if they have any respiratory symptoms or have been in contact with a coronavirus patient. The hospital has also restricted the number of visitors per patient and stopped anyone under the age of 18 from coming through.

There has also been a screening process for patients coming into the emergency room, intended to help stop any patients who do come in with the virus from spreading it within the hospital. More than a third of the cases reported in Blaine County by Tuesday, where the number of cases has been the largest in the state, were health care workers.

“If they have respiratory symptoms, they are going one way, and all of the other patients with urgent health needs are going another way,” Frost said.

The hospital announced on Facebook Wednesday that it would be suspending COVID-19 tests for everyone except current patients at the highest risk for hospitalization and other high-priority subjects. At that point, EIRMC had conducted a total of 37 tests for the virus, all of which had been negative.

All eight patients who have been diagnosed with the virus in the Eastern Idaho Public Health District have not required hospitalization.

Sollis said that since the decision was put in place to restrict outpatient testing, providers have been good about steering their patients away from the hospital to get tested elsewhere or stay isolated at home.

“Currently all our staffing needs are met and all our supply needs are met, but we understand that those supplies are not an infinite resource,” Sollis said.