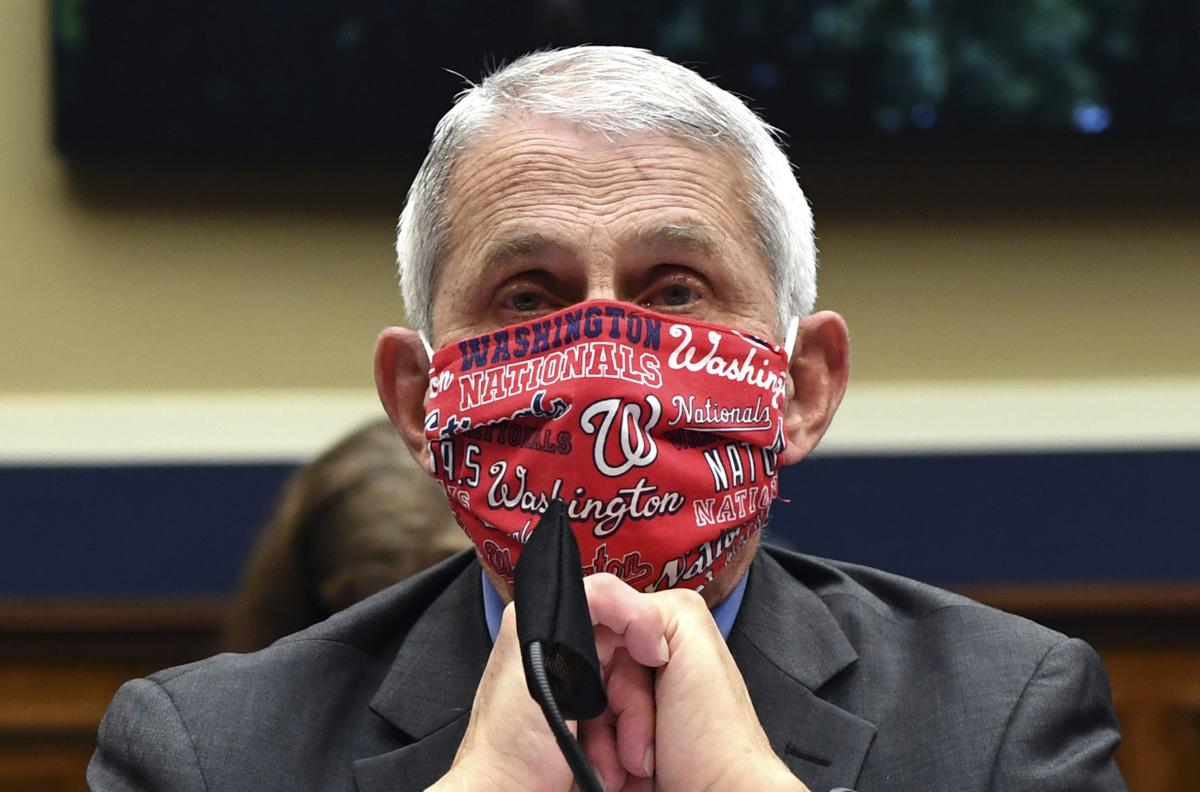 Director of the National Institute of Allergy and Infectious Diseases Dr. Anthony Fauci wears a face mask as he waits to testify before a U.S. House committee. 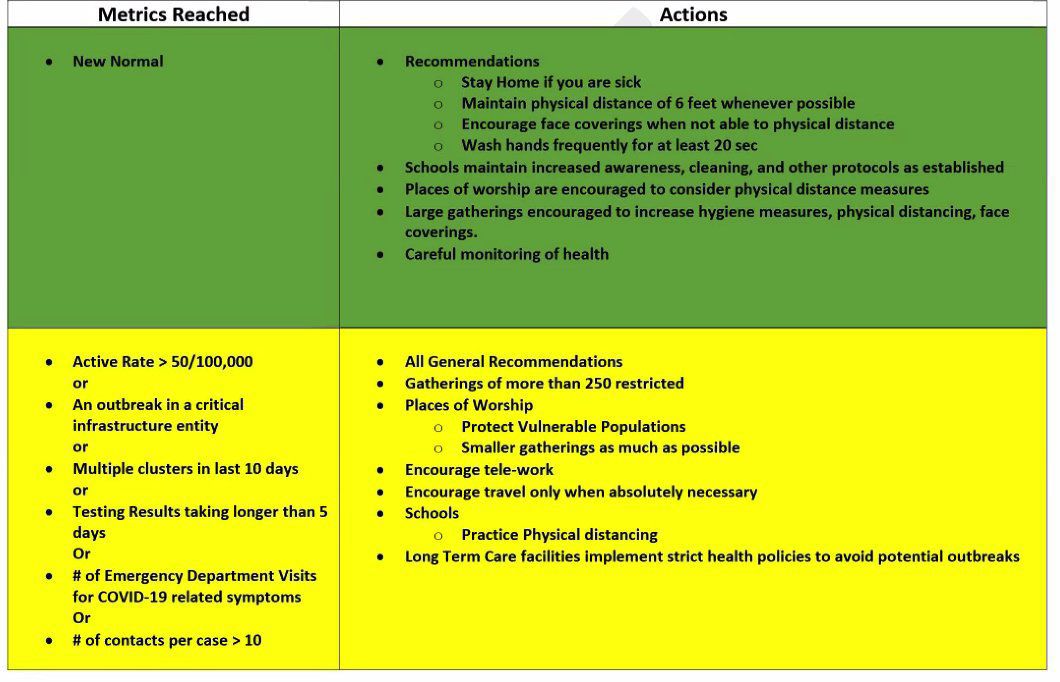 The first two of four pandemic scenarios, and associated responses, the Eastern Idaho Board of Health is considering implementing in the future.

The last two of four pandemic scenarios, and associated responses, that Eastern Idaho Board of Health is considering implementing in the future.

Director of the National Institute of Allergy and Infectious Diseases Dr. Anthony Fauci wears a face mask as he waits to testify before a U.S. House committee.

The first two of four pandemic scenarios, and associated responses, the Eastern Idaho Board of Health is considering implementing in the future.

The last two of four pandemic scenarios, and associated responses, that Eastern Idaho Board of Health is considering implementing in the future.

As Idaho officials continue with loose restrictions in response to growing COVID-19 cases in the state, regional health officials in eastern Idaho are eyeing a proposal that’s drawn ire from some: mandatory public mask-wearing.

The Eastern Idaho Board of Health at a Monday meeting discussed a range of pandemic-related restrictions that it could implement if cases get worse in the area, each tied to one of four possible scenarios of COVID-19 caseloads. Though board members didn’t decide exactly when and how they would levy more restrictions — or even what measures they’d implement — they said they’d focus on making sure hospital emergency rooms and intensive care units aren’t overloaded.

Idaho is in Stage 4 of Gov. Brad Little’s four-stage reopening plan, which Little announced last Thursday that the state would stay in following record daily case counts that surpassed highs even at the height of Idaho’s COVID-19 caseload in early April. Little also said local and regional public officials could control their own responses to the pandemic. Ada County last week moved back to Stage 3 of the state’s reopening following a rapid rise in cases.

James Corbett, an administrator at Eastern Idaho Public Health, shared hospital bed and ICU use data that showed area hospitals are now handling roughly their typical share of patients. But he warned that an outbreak in an assisted living facility, for instance, could lead to an influx of new patients. That’s among the things the board would monitor when assessing its pandemic responses, under the proposed pandemic-response documents presented Monday.

Eastern Idaho Public Health Director Geri Rackow said the region is currently in the best of the four pandemic scenarios. Or, as the plan called it, “the new normal,” where mask-wearing is still highly recommended — as it has been throughout the state’s reopening — but not mandated, a move that the governor hasn’t endorsed himself.

But, Rackow said “cases (here), in my opinion, are going to start growing exponentially like in places around us,” pointing to the Boise area. “We’re a matter of weeks behind ... what’s happening in other areas around us,” she said.

In the second-worst of four scenarios, board members expressed interest in a proposal floated by the health district that would mandate people wear masks in public when they cannot socially distance themselves from others. Corbett said that likely would be difficult to enforce.

In the third-worst of the four scenarios, Eastern Idaho Board of Health Chairman Bryon Reed said the district could require businesses to mandate customers wear masks before entering their stores. “I don’t want to go there, but they have a business license,” Reed said.

The worst of the four scenarios calls for a stay-at-home order, or a shutdown, as some have characterized the public health measure.

Corbett said “people don’t like” face mask-wearing mandates and many likely wouldn’t comply, but he and Reed said the measure could help the district avoid a regional stay-at-home order that would hurt the economy.

If the board mandated mask-wearing, it isn’t clear how it would be enforced. People who violated the stay-at-home order could have been charged with a misdemeanor, though cases of enforcement were rarely documented in news reports.

Enforcing mandatory mask-wearing would fall to local law enforcement and city and county leaders. Rackow said the board would need to talk with them if it mandates mask-wearing.

When asked by a reporter if the health district received guidance from the state about mask-wearing mandates, she said it had not. She noted that Little has “been reluctant to mandate mask-wearing,” but noted two counties in Utah have recently mandated mask-wearing, which ABC4 News reported.

Rackow said she is concerned that people could be confused about regional control of the pandemic because different regions could have different restrictions. She said she is in talks with Southeastern Idaho Public Health, which includes Bannock and Bingham counties, along with the Fort Hall Indian Reservation, in coordinating regional pandemic responses together.