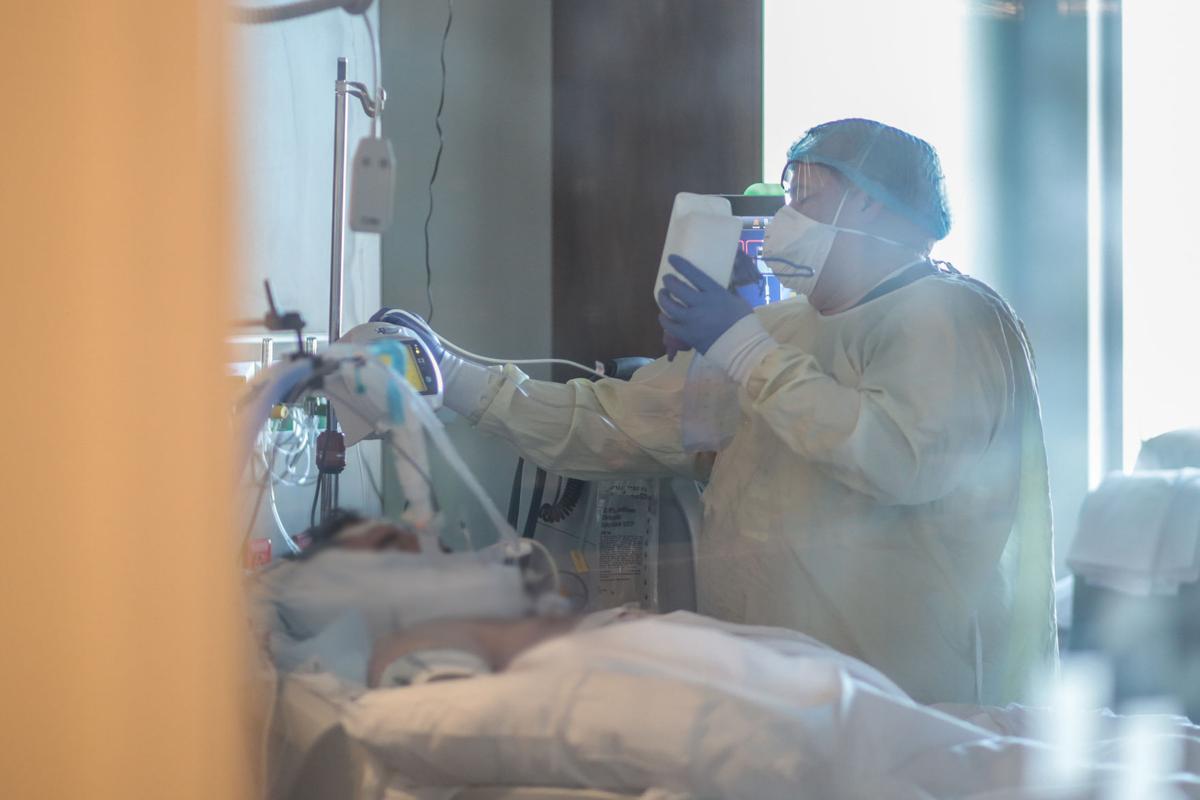 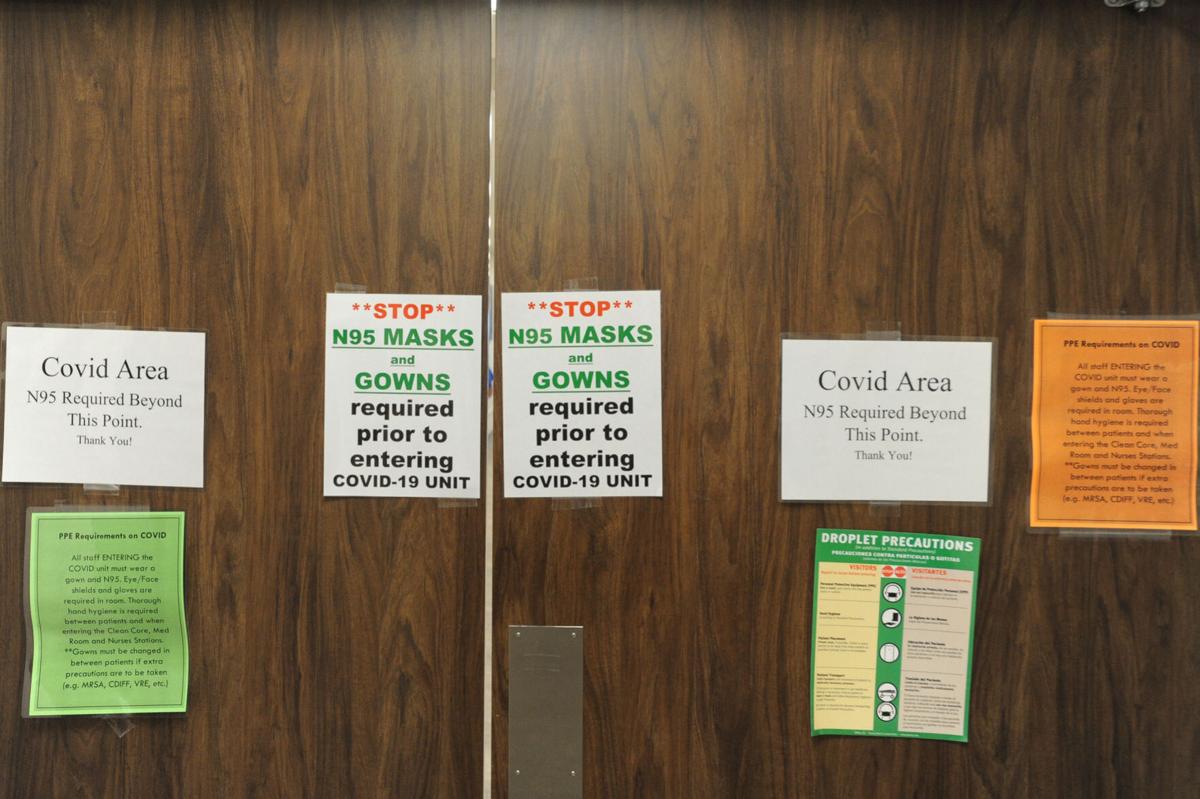 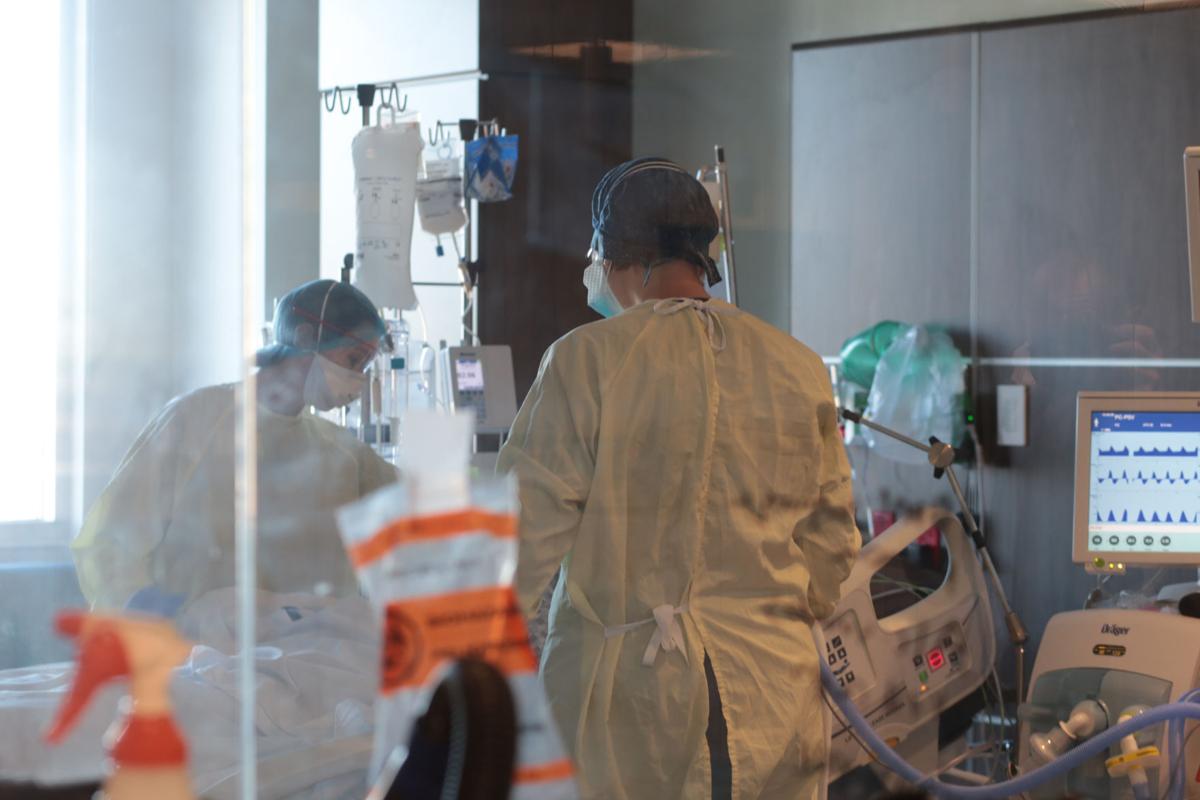 Nurses care for a patient with COVID-19 in the intensive care unit at Idaho Falls Community Hospital on Dec. 7, 2020. 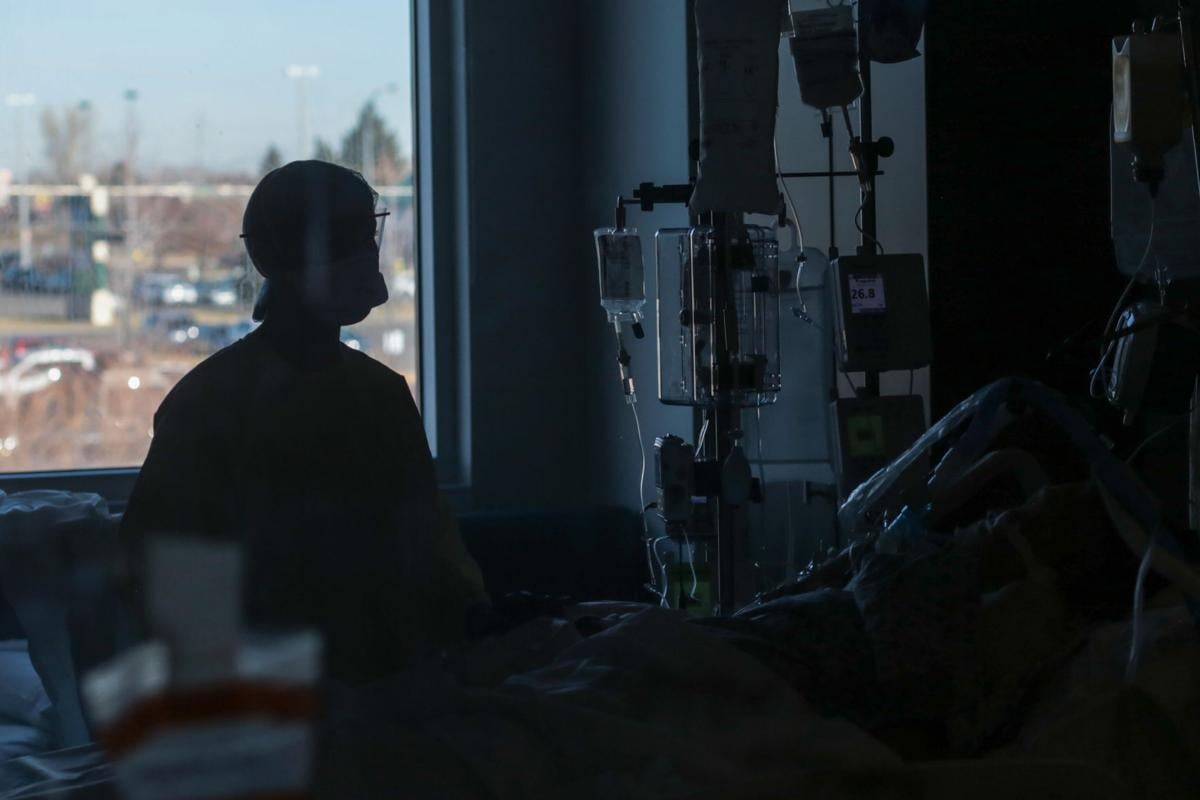 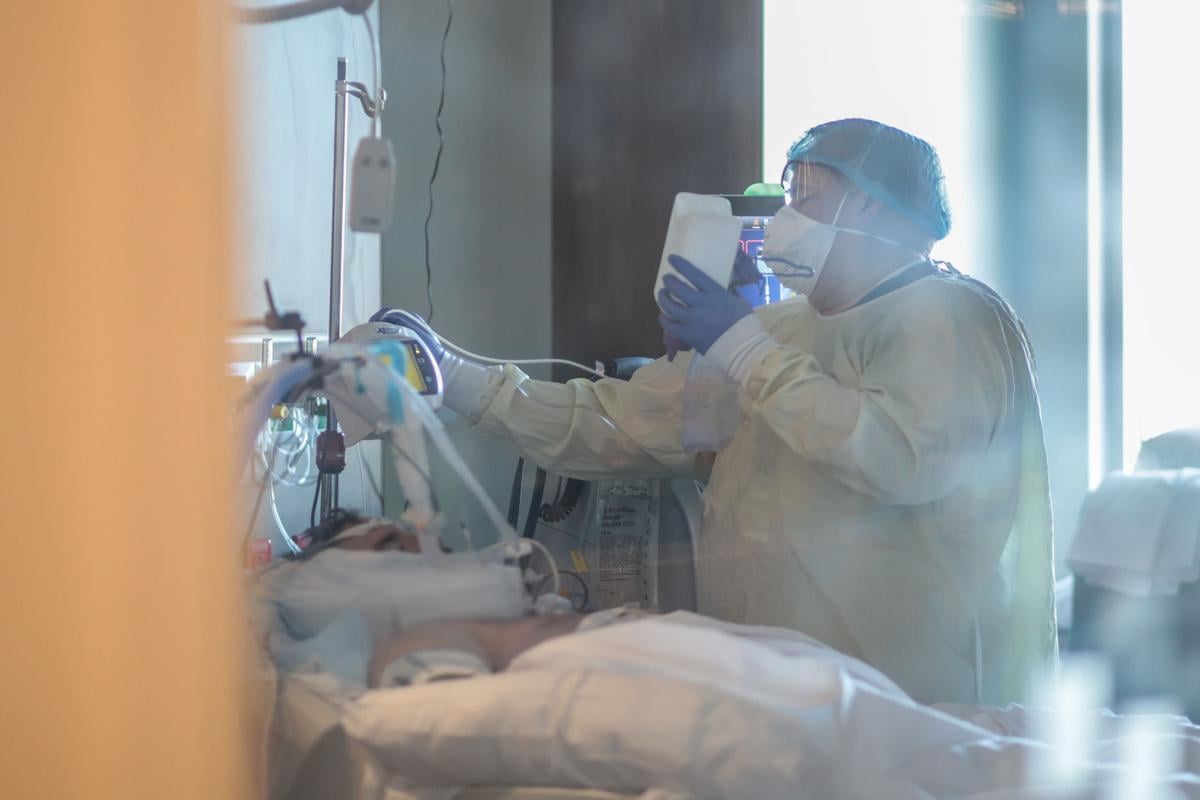 A nurse cares for a patient with COVID-19 in the intensive care unit at Community Hospital on Dec. 7, 2020.

Nurses care for a patient with COVID-19 in the intensive care unit at Idaho Falls Community Hospital on Dec. 7, 2020.

A nurse cares for a patient with COVID-19 in the intensive care unit at Community Hospital on Dec. 7, 2020.

A new hospital capacity report that the U.S. Department of Health and Human Services released Monday includes nuanced reporting in individual hospitals for the first time. Previous reports from the federal agency only included state-level data, according to National Public Radio.

This new data show hospitals in several states, including Idaho, have been slammed with the unwieldy surge of new COVID-19 infections, hospitalizations and deaths, NPR reports. The news comes as health officials prepare to vaccinate health care workers and long-term care facility residents amid what is expected to be an even worse winter fueled by high rates of spread if many people continue ignoring public health recommendations to avoid gatherings during the holiday season.

Federal reporting on average daily ICU use is only available for the two hospitals in Idaho Falls. But the limited data, combined with other reporting, show that less than a handful of ICU beds were available last week in eastern Idaho.

Most patients in Idaho Falls ICUs were confirmed or suspected of having coronavirus, according to the federal data, including six of seven ICU patients at Community Hospital on a given day last week.

Hospitals often have more beds than they can staff. At EIRMC, ICU Director Kenneth Krell said Tuesday that the hospital has tapped into the prenatal ICU to house ICU patients who don’t have COVID-19, along with pediatric patients who need intensive care. That gives doctors 35 possible ICU beds there, however, Krell said the hospital couldn’t staff that many beds with typical nurse-to-ICU-patient ratios of two to one.

“What we’ve learned since (initial hospital disaster planning), is it doesn’t matter if we have 100 beds or 100 ventilators. I don’t have staff for (that),” Krell said.

Krell told the regional health board last week that his ICU was rationing care because of slim staff resources, and he said the state was getting “very close to initiating” a move to triage limited health care resources through the state Crisis Standards of Care plan. He was asked to present to the health board at the upcoming meeting at 7 a.m. Thursday about the details of that plan, which instructs hospitals to equitably divvy up care to patients based on who is likely to survive.

Community Hospital COO Casey Jackman told the health board last week that his hospital had “begun limiting elective surgeries as much as possible to outpatient surgeries” to free up nurses.

“We hit our max of 4 ICU bed occupant once last week,” McBride told the Post Register in a text message.

In total, that means just four of 41 staffed ICU beds were available on an average day last week in eastern Idaho. Reporting from Eastern Idaho Public Health showed similarly alarming trends, with 91% of the region’s ICU beds being used in late November.

A separate federal report released Sunday estimated that 78.7% of Idaho’s 225 staffed adult ICU beds were occupied on Dec. 4. Nationally, hospital ICUs in 126 counties were above 90% occupancy, on average, NPR reports.

Eastern Idaho Public Health’s board is set to meet at 7 a.m. Thursday. Board members have made plans to discuss, among other things, their legal powers to take more action to curb the spread of COVID-19.

After Krell pleaded with the board to instruct local law enforcement to enforce existing restrictions, such as a ban on gatherings of more than 10 people and mask requirements in public, board chairman Bryon Reed and other health officials said they had done all they legally can to educate the public about virus mitigation practices. They said it was up to decisions by local governments to enforce restrictions, which Idaho Falls signaled it might do. But the health board members also said they’d like their attorney to weigh in on their options.

Gov. Brad Little is set to deliver an update on the state’s COVID-19 situation at 12 p.m. Thursday. He last held a news conference almost a month ago, when he moved the state back into a modified Stage 2 of his four-step re-opening plan and banned gatherings of more than 10 people, offering wide exemptions. He has refused to issue a statewide mask mandate.

The state Board of Health and Welfare meets at 9 a.m. Friday to vote on a rule regarding Idaho’s Crisis Standards of Care, which outline how to decide who gets what level of care immediately. Those standards are largely focused on getting care to people who have the highest chance of living.

The draft rule had not been released by noon Tuesday. Agency spokeswoman Niki Forbing-Orr said the rule would outline the criteria to activate the plan and “allow for the timely activation” of the plan. Little would have to institute the crisis plan.