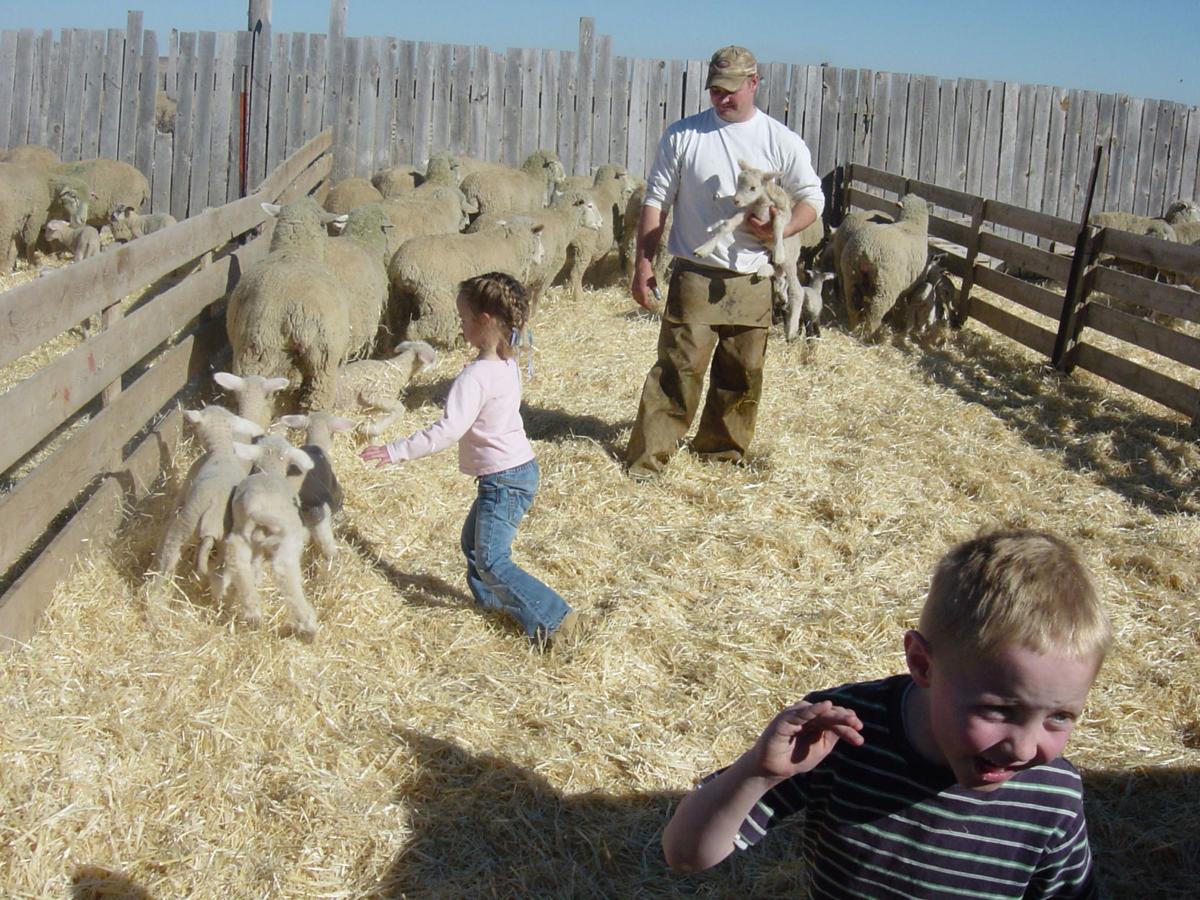 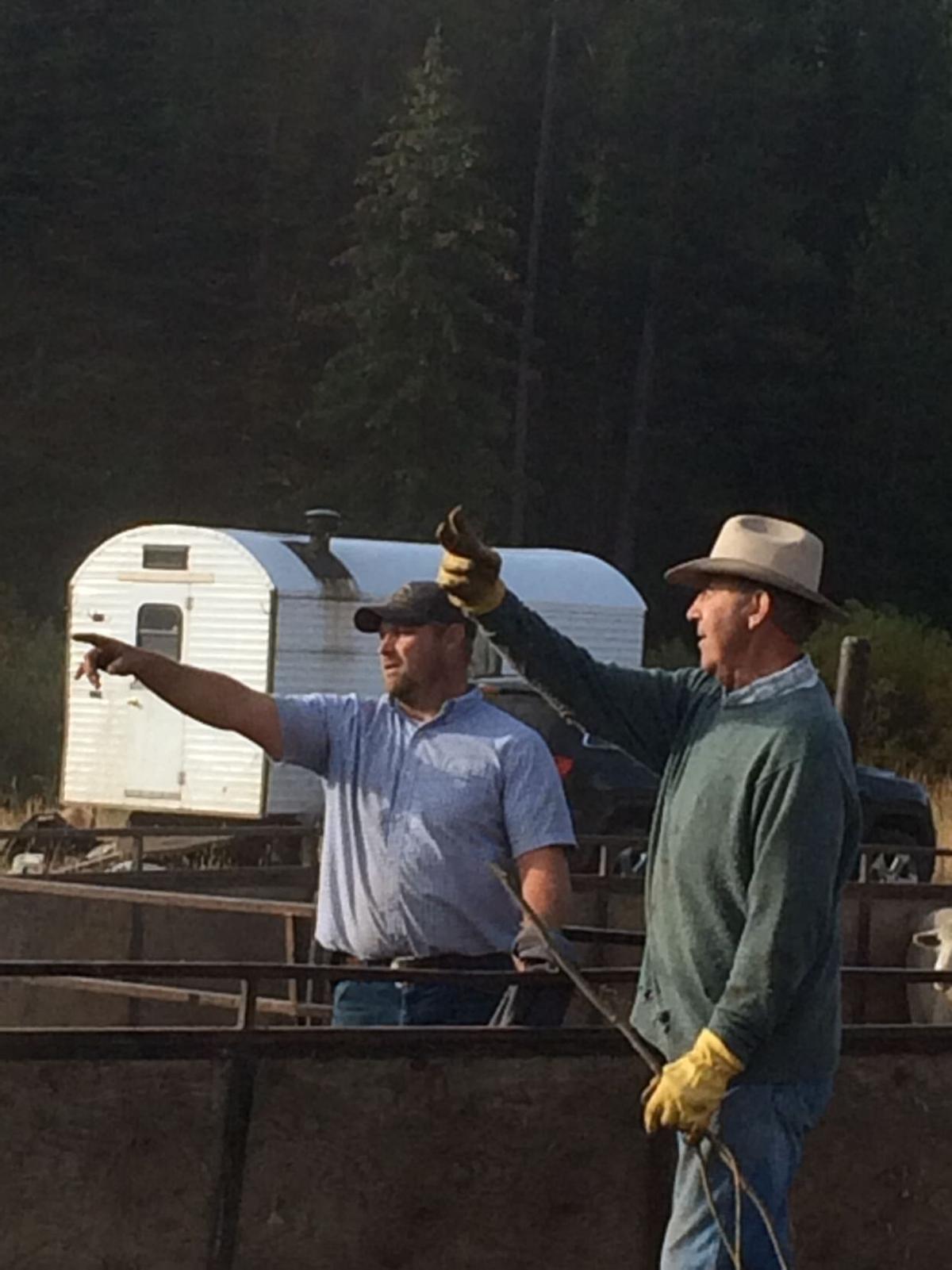 Jeff Siddoway, right, and his son J.C. are part of a multi-generational sheep ranch.

Jeff Siddoway, right, and his son J.C. are part of a multi-generational sheep ranch.

This is the first part in a three-part series about the Siddoway sheep ranch, focusing on the ranch’s origins. Part II, on finding ways to make ends meet, will run on March 12. Part III, addressing labor challenges in the sheep industry, will run on March 26.

Jeff and Cindy Siddoway are part of a multi-generation Idaho sheep ranch. Their children, Billie, Jodie and J.C. are fifth-generation and their grandchildren are the sixth generation.

“Our oldest grandson is 19, working on the ranch,” said Cindy. “The other grandchildren are younger but they like to help. It’s always been a family business.”

Jeff’s great-grandparents, James and Ruth, came to Idaho as Mormon pioneers in 1886, lived in a tent while building a log home, and registered their sheep brand in 1898.

Their oldest son, James Clarence (J.C.) established a crop rotation system and built heated lambing sheds. He and his wife have eight children. Their second child, known as Bill, had an early interest in sheep and horses. When he was 10, his parents let him go with one of the herders to graze sheep across the summer range.

Bill and his wife Jeanne have several children: Jeff is their oldest son. He and his wife Cindy met in high school in St. Anthony and attended University of Idaho. Jeff’s mother Jeanne is 97 years old and still involved in the operation.

“She is always interested in the lamb weights and still drives around the ranch. She still makes goodies for our herders,” said Cindy.

Jeff and Cindy eventually bought out his uncles and his siblings. Their son J.C. now manages the operation.

Jeff followed in his father’s, grandfather’s and great-grandfather’s footsteps as an active voice in the sheep industry. He has been president of Fremont County Wool Growers, the Idaho Wool Growers, a member of the Idaho Fish and Game Commission and an Idaho state senator.

“I encouraged Jeff to run for the Senate, because rural American needs more representation,” said Cindy. “In large towns, there are only a few rural people who get involved, and we need more of them. They have a broad perspective on many things; they run their own business and see the effects of heavy regulation, yet have a great appreciation for the land.

“Our kids grew up driving pickups when we were trailing sheep or feeding. They have always been a part of it — without compensation most of the time. This is probably the hardest thing for other people to understand, that you can work all day and not have to be on the payroll.”

Ranching is a lifestyle, a way of life that is very satisfying.

The Siddoway ranch is larger now than in early years.

“We have one piece of land that was purchased in 1904; our son lives on that place. The family picked up other parcels in the late 1920’s. The first lambing camp was where our son lives now. Our fourth one, here near Mud Lake, is where we moved in the mid-1970s. Many people started lambing out here on the desert because there’s less snow,” Cindy said.

The sheep spend summer on allotments near Jackson Hole, Palisades Lake and Victor. Spring and fall range is north of St. Anthony.

“Some of our allotments date back to before there was a Forest Service. We’ve also picked up some allotments from ranchers who have gone out of business,” she said.

Siddoways augmented their income for a number of years with a wool blanket business. Cindy and her daughters began Siddoway Wool Company in 2002. With low prices for wool (due to economic factors that made imported wool so cheap that wool buyers’ bids for domestic wool were far below the cost of production), the Siddoway women made their wool into blankets.