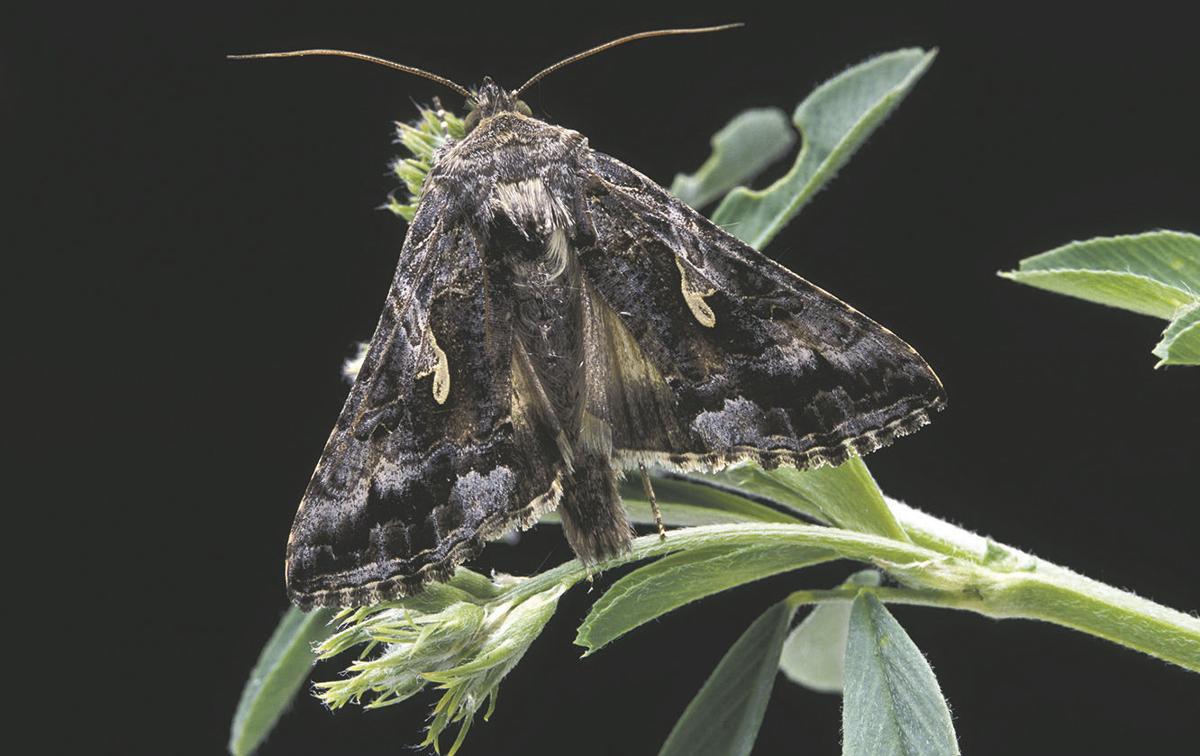 Alias: Alfalfa looper. Adult loopers are a brownish gray moth with a small, white spot on each wing. They lay eggs in the spring that hatch about a week later. The larvae are a long, yellow or light green worm with stripes down the middle and along each side. They move along like an inchworm, and this movement is where the term “looper” comes from. They can typically have several generations a year if weather and food permit.

Crimes: Larvae cause the most damage and can be found from early summer to fall. They feed on the leaves of plants. They’re main preference is in alfalfa, but can feed on a wide variety of hosts. Adults feed primarily on nectar and cause no damage.

Sentence: Fortunately, this pest usually does not cause major economic damage since there are so many predators that see it as easy prey, and it is not as fast at reproducing as other insects. However, if there is an event where predator populations have been wiped out or looper populations have exploded, there may be need to apply insecticides. Bacillus thuringiensis products are particularly effective. There are a wide variety of other chemicals labeled for lopper control, such as Mustang or Warrior II. Most of these insecticides have a post-harvest interval of about a week. Make sure you always read and follow label instructions, especially when applying to alfalfa. Pre- and post-harvest intervals are different with each product.