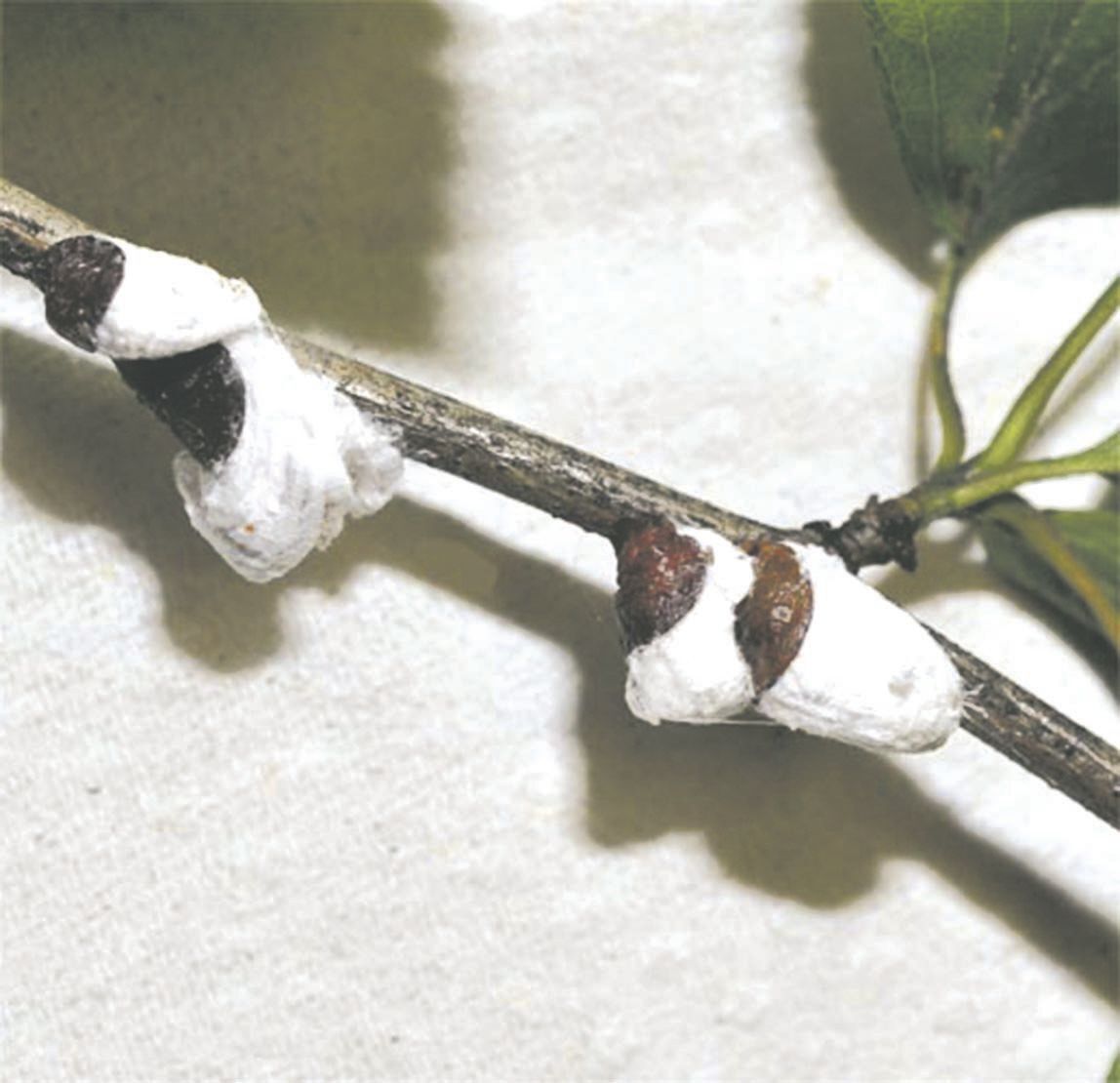 Alias: Cottony maple scale. This is the most unbuglike insect you ever will come across. Quite often it is mistaken as some sort of fungus or scab that grows on the side of a plant. The female nymphs of all scales embed themselves on the bark of a tree, where they will stay for the rest of their lives. They have a shield on their back that is a quarter of an inch in diameter. They spend their entire lives under that shell, avoiding any interaction with the world and feeding off the tree. Male insects are mobile and they take the time to go to the females, because the females won’t move.

Crimes: After they have mated, the cottony maple scale insects will explode with a large cloud of silk out their back ends that houses thousands of eggs that will move on and cover other trees in these scales. They feed off the tree and deprive it of nutrients that are needed. Tree symptoms often look like nutrient deficiencies when, in fact, it is an insect problem. The other obvious signs are if the tree is covered in scales or covered in little puffs that resemble marshmallows.

Sentence: They really aren’t too bad in small numbers and if you can tolerate them, usually a population of natural predators will keep them at bay. However, often their populations become so great that they kill trees and bushes. Simple over-the-counter insecticides will take care of them. As a spring application, an insecticidal soap can prevent them from sticking to the bark. Other insecticides such as carbaryl, malathion and permethrin also are effective. Applications in the spring are usually more effective than in the summer months.