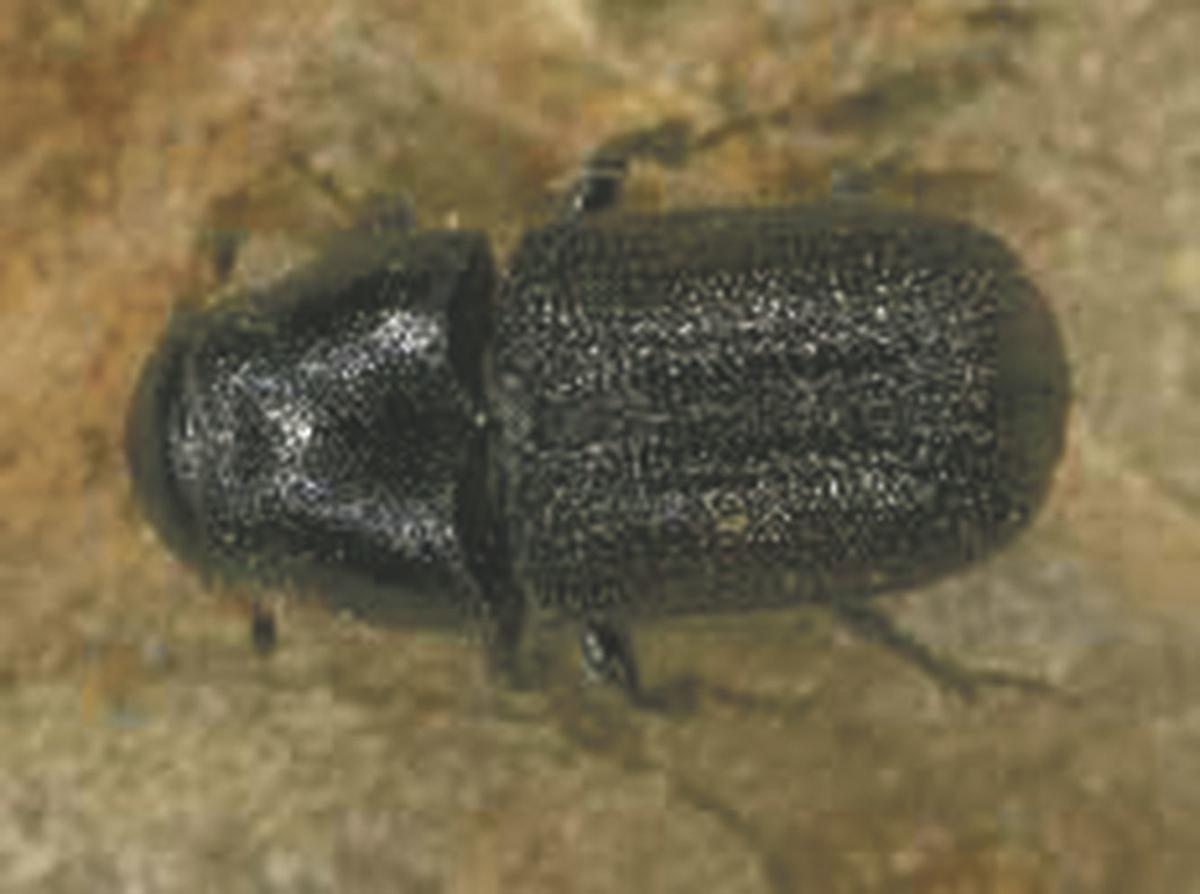 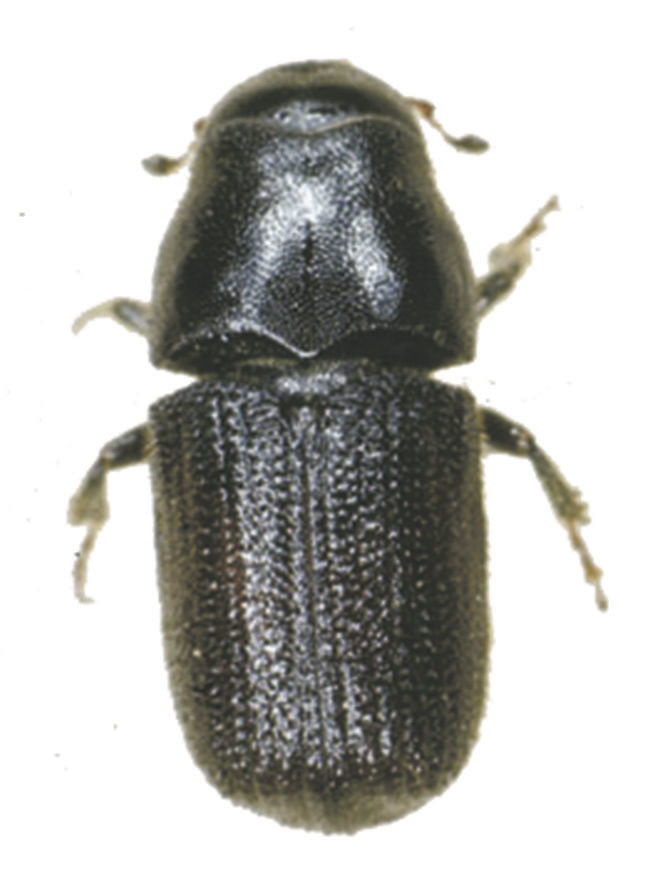 Alias: Mountain pine beetle or pine borer. Adults are quarter-inch-long black beetles. The larvae are white and can be found under the bark when peeled back. Both adults and larvae live under the bark throughout the winter, waiting for warm, spring days before emerging. Eggs are deposited in a vertical row under the bark. When hatched, they dig perpendicular to the laid row.

Crimes: Mountain pine beetles attack pine trees by boring under the bark and creating tunnels. They prefer lodgepole pine, but many conifers are potential hosts. Both adults and larvae bore under the bark, which can stress and weaken a tree. Heavy infestations can girdle the tree completely, causing it to die. They emerge by digging straight out, leaving unsightly sawdust. They can be an indoor pest of firewood that is brought inside in large amounts and left inside for weeks. Given the warmth indoors, the insect falsely thinks its spring, causing it to emerge.

Sentence: You will find many products on the shelf of your farm and garden store that are labeled for bark beetles and other boring insects. However, the intended use of most of these is to intercept the insect before it bores into the tree and have very little effect once there is an infestation. Pesticides are usually not recommended because the tree will already in decline. Scout weakened trees and shrubs under the bark for damage. Burn infested material to prevent the pest’s spread. To prevent emergence inside, only bring in one day’s worth of firewood at a time.