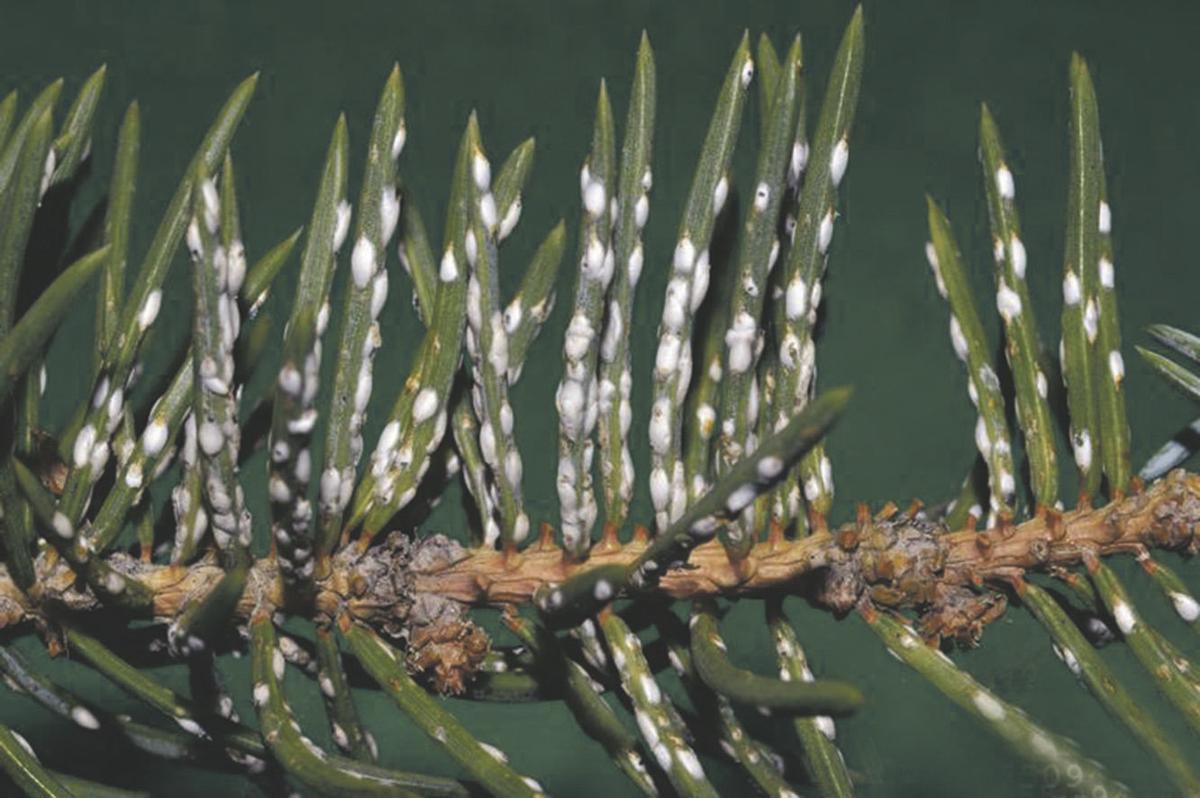 Alias: Pine needle scale. Oftentimes, newly cut Christmas trees will have a frosted look to them, but if that frost doesn’t melt when brought inside, it may be pine needle scale. The eggs winter with the females under a waxy coat on the needles. The eggs hatch in late spring are the “crawlers.” This is the only form where the females are mobile. After a few days of wandering around, they settle down and feed and never move again. Instead, the females cover themselves in a waxy coat and wait for the males to come to them to mate. This coverage of the pine needles looks like winter frost but is obviously out of place throughout the summer.

Crimes: Both the females and males feed on pines, spruces and firs by sucking the nutrients out of them. However, only the females build a wax shield around themselves. Some may consider the small white speckles unsightly and a nuisance. One or two may not cause much harm, but thousands of scales can really stress a tree to the point of killing it. Growth is often stunted, and needles will be sparse.

Redeeming Qualities: Infected trees already come with a frosted snow appearance. One less thing to worry about the holiday season.

Sentence: Any application of insecticides must be applied during the “crawler” stage to be effective (around mid-late May). There is a long list of insecticides that will control them, such as bifenthrin, chlorpyrfos and dinotefuran. There are also some organic soaps labeled for organic nurseries. Remember to always read and follow the label instructions of any pesticide.