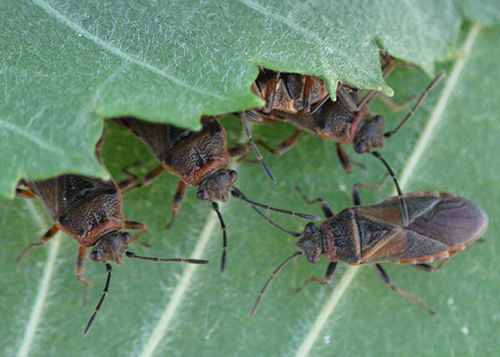 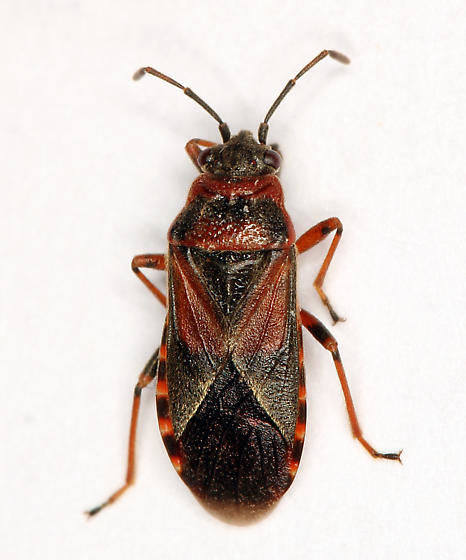 Alias: Elm seed bug. These bugs are often mistakenly called boxelder bugs or occasionally kissing bugs. While kissing bugs can be a serious nuisance, elm seed bugs are quite tame in comparison. They have a similar shape as box elder bugs but are often brown in appearance with serrated orange coloring on the outer sides of their back. The nymphs are similar in color, but lack mature wings.

Crimes: They do not damage trees themselves, but they are particularly fond of elm and Lindon seeds. While they are not as dangerous as the infamous kissing bug, they are slightly more problematic than the boxelder bug. They break into homes during the summer months and their frass (that’s entomology talk for bug feces) can stain material. When they are disturbed they release a foul odor.

Redeeming Qualities: Similar to the boxelder bug, they cause no major damage to crops. They are just annoying.

Sentence: Insecticides often prove to be ineffective or even promote elm seed bugs because they are quick to develop resistance and pesticide applications can knock back predators that would keep them in check. They pose no major threat to your health or livelihood. The best option is to vacuum them up indoors, maintain the seals on the windows and doors. Remove unwanted or unnecessary elm or Lindon trees, and clean up elm seed litter around your buildings.