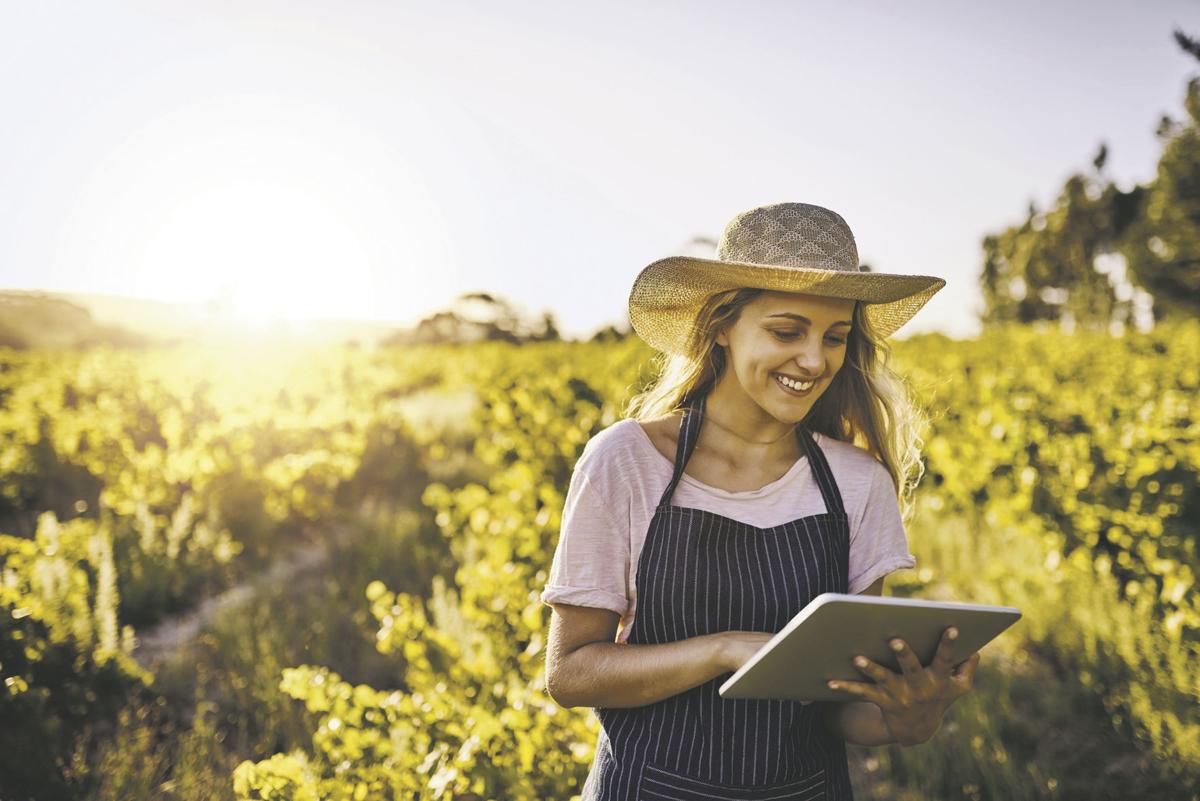 National Agriculture Day is March 18 this year and the theme is “Agriculture: Sustaining Future Generations,” so I thought I would write about the contribution women give to modern-day agriculture.

Women haven’t been recognized as making a difference in agriculture through the ages. But they have been out in the fields helping the men since records were kept. Women have always been a part of the agriculture industry, but most the time have been overlooked. They have been considered “the help” but not someone who could manage and make decisions in the agricultural field.

In early history, a woman’s job on the farm typically was to fix the meals, do the laundry, take care of the children and help in the field when needed. Even though women did contribute, their work was never recorded by the Department of Agriculture, thus making women seem nonexistent in the agriculture world.

Following are some examples of early settlers whose women worked by their side as found in my book, Dehlin, A Forgotten Community.

P. 56-57: “Mrs. Stoker was a great help to her husband, Albert, on the homestead. Even when pregnant, she spent hours each day on the plow as she helped get fields ready for the grain. She could harness horses and farm, besides care for the needs of her family… she usually did the milking, because Albert worked from daylight until dark in the fields. …”

P. 57: “After Lew Cutler’s death from the flu, his wife, Martha Eleanor Stoker Cutler, did all she could to keep the farm going. … She worked hard for close to five years with the help of her sons and Bill Hansen, a young man from North Dakota. But it was a losing proposition. When she lost the dry farm, Martha and her children moved to Idaho Falls.”

P. 58: “Yes, Dehlin women worked long hours. But this was the way of life back then, and everyone — men, women and children — worked together to accomplish all that they did. It was a hard time.”

However, women and their work are becoming more noticeable and important on the farms of today. The growth of the women’s movement in the 1960s to the 1980s made it clear that women participating in agriculture were very important to the well-being of the farm.

One of the reasons of the increase in the number of women farmers is a lot of women today want to be involved in organic farming as well as community based agriculture. These tend to be smaller operations, but farms none the less! Also, many farmers are starting to age, and these farms, some being larger operations, get handed down to wives, daughters or other female family members. Taking on a farm is a huge task, but these women are up for the challenge! See the Corn Corps Blog at http://corncorps.com/2012/10/16/women-in-agriculture-throughout-history/.

Women, who make up more than a quarter of America’s farmers and nearly half of the agricultural workforce worldwide, are a working, leading and driving innovation of our world’s food-production systems. And there are many jobs in agriculture besides the farm work. There are women who are executives in farm-supportive organizations. Women work in offices that oversee participants in government agricultural programs. Women work in labs that test seeds for sustainability, resistance to disease and insect control and productivity; they help to develop new strains of seeds that are more efficient. There are women who work as and understand agriculture tax stipulations. And there are women who work, through land-grant universities such as the University of Idaho, to sponsor experimental crop plots, testing seeds, fertilizers and insect sprays, and some are in large test kitchens testing flour for baking.

Popular culture doesn’t normally shine a light on women in agriculture. But for every Old MacDonald who had a farm, there’s likely a Young Ms. MacDonald, too. Like their male counterparts, female farmers use their hands to work the land, tend to their animals, create business strategies and navigate agriculture technology.

Jean Schwieder is a writer who has spent her life involved in eastern Idaho agriculture. Her books, including past columns, are available by calling 208-522-8098 or by email at straddlinthefence@gmail.com.