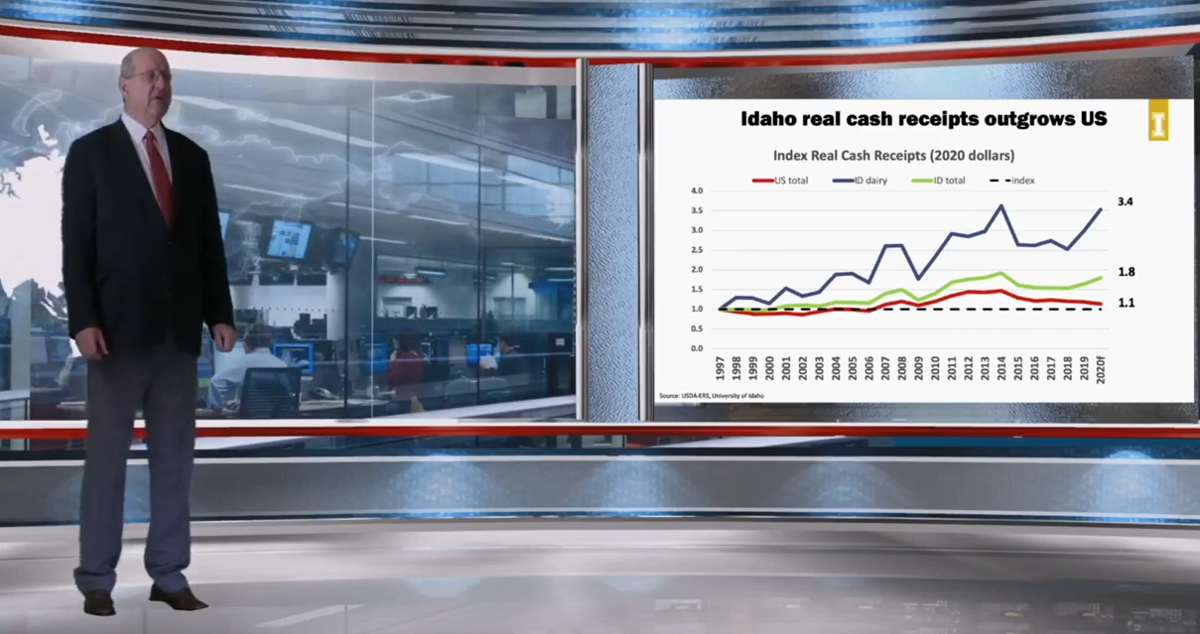 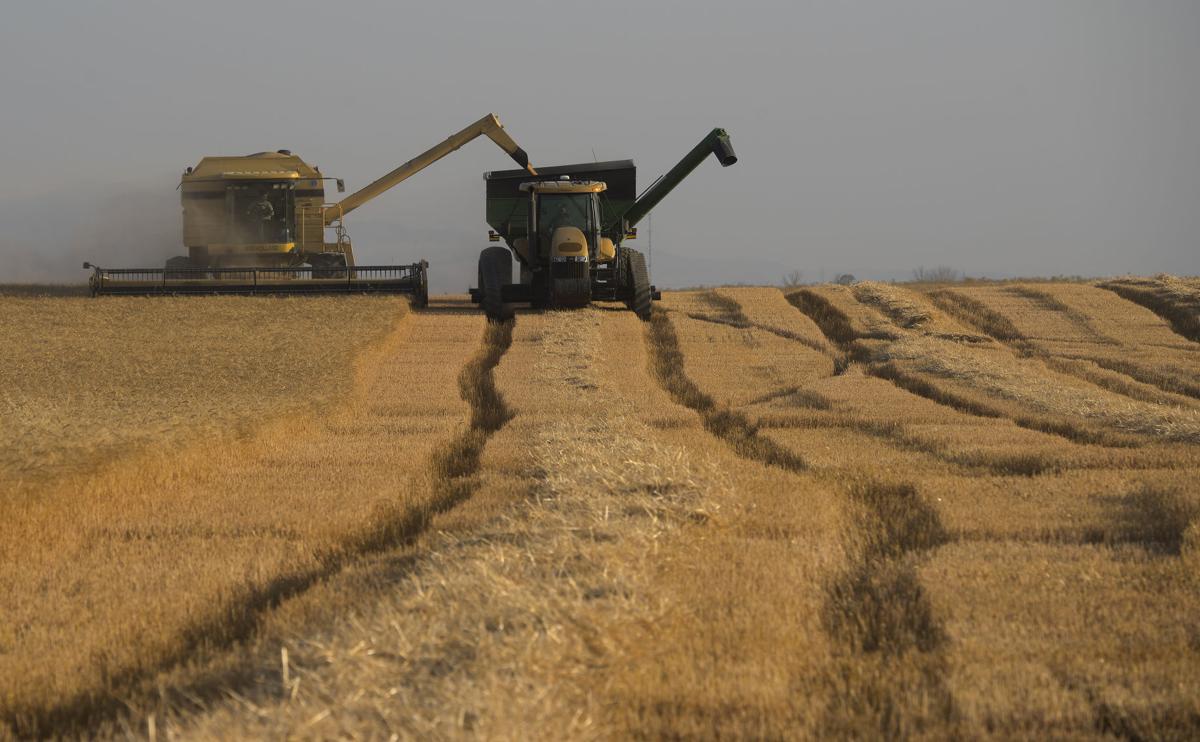 A tandem operation of synchronicity, the combine harvester dumps a load of wheat into the auger grain cart while continuing its harvest 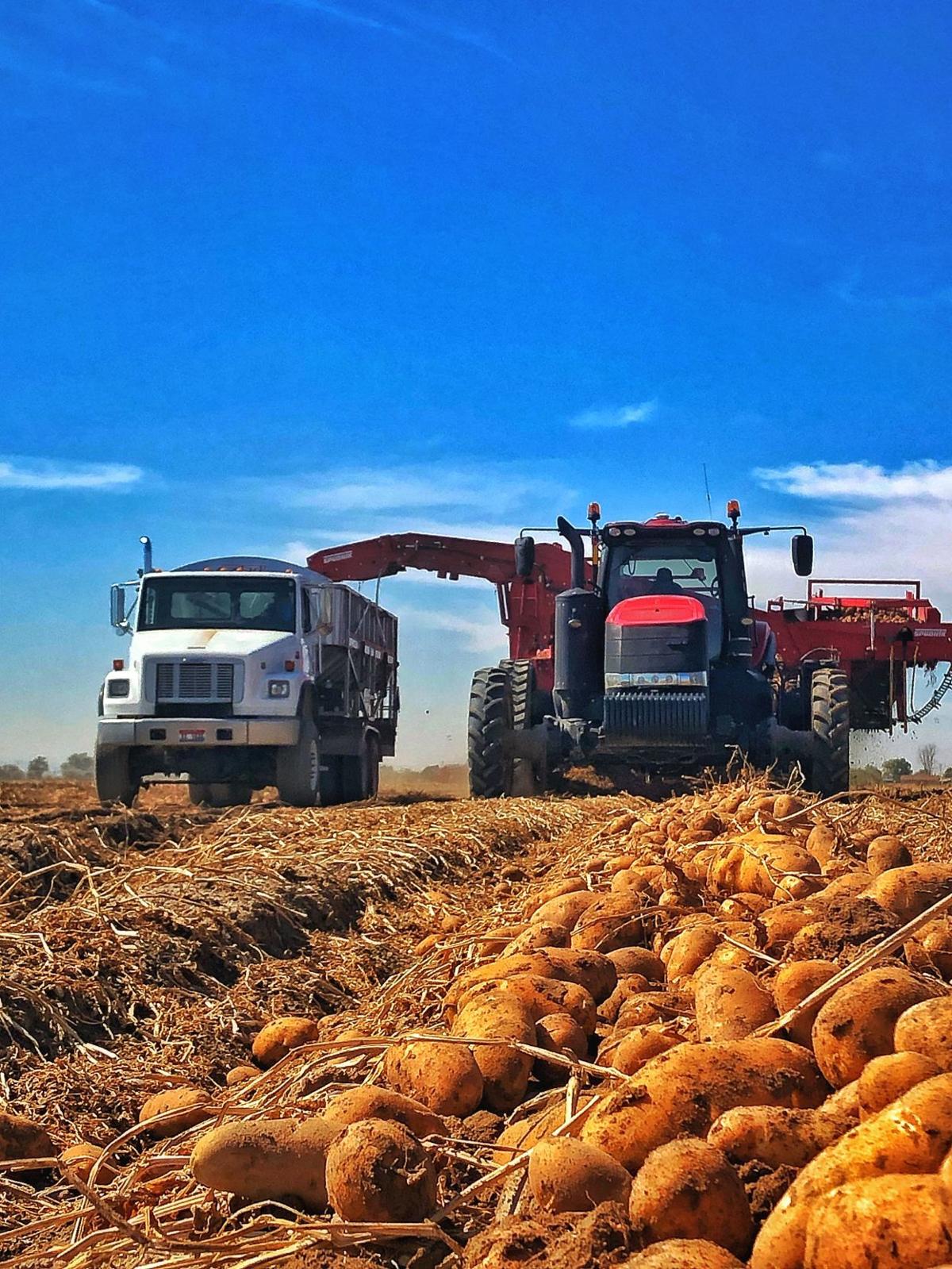 Fresh Norkotah potatoes are harvested at Van Orden Farms in Pingree in this file photo from the 2020 harvest.

A tandem operation of synchronicity, the combine harvester dumps a load of wheat into the auger grain cart while continuing its harvest

Fresh Norkotah potatoes are harvested at Van Orden Farms in Pingree in this file photo from the 2020 harvest.

Government payments helped Idaho’s food producers reap record profits in 2020 despite the COVID-19 pandemic, according to a new University of Idaho report.

Idaho’s net farm income should top $3 billion in 2020, breaking a record for a second consecutive year, according to a new report coauthored by University of Idaho Extension economists Garth Taylor, Ben Eborn and Rita Du. The state’s net farm income — estimated by subtracting expenses from gross income — was estimated at $2.7 billion during 2019.

Furthermore, Idaho’s farm cash receipts during 2020 were the second highest on record, topping $8.4 billion, according to the economists’ report. Cash receipts were up from about $8 billion in 2019.

The report, released in mid-December as part of University of Idaho’s virtual Idaho Ag Outlook Seminar, is available at https://www.youtube.com/watch?v=tIq_Si8TPsI in video form.

Taylor said government payments, comprising 40% of net farm income nationally according to USDA estimates, were the major factor behind farmers operating in the black during a tumultuous year.

“I don’t think it’s going to be that much for Idaho but it certainly will be a lot,” Taylor said of government payments. “Last year, it was largely due to trade adjustments from trade wars. This year it’s going to be COVID dollars.”

Taylor said Idaho boasts the nation’s fifth largest agricultural economy, with a fifth of the state’s sales created directly or indirectly by Idaho agribusiness. Livestock is king in Idaho agriculture. Over a third of Idaho’s farm cash receipts come from dairy. Factor in beef production and feed — such as hay, silage, potato waste and sugar beet pulp — and livestock account for nearly 80 percent of the Gem State’s agricultural sector, Taylor said.

Since 1997, Taylor said Idaho’s farm gross domestic product has grown by 210%, compared with 100% growth for the state’s economy as a whole during the same period.

“This is due to the technological progress in agriculture and the economies of scale in the dairy industry,” Taylor said.

Idaho’s agricultural sector has also grown much more rapidly than U.S. agriculture in general. Idaho’s net farm income has grown by 190% since 1997, compared with 30% national growth during that period.

Despite the encouraging numbers, Taylor said the coronavirus pandemic had a profound impact on the industry and resulted in the “most dramatic shift in history for the food supply chain.”

While grocery demand skyrocketed as a result of the pandemic and the resulting nationwide stay-at-home orders in the spring and early summer, Taylor said demand in the food service sector suffered.

Prices fluctuated widely. Milk prices, for example, dropped to $12 per hundredweight at the low point in the spring and later shot way up to $22 per hundredweight — settling in recently at about $16, which Taylor said is roughly the break-even point. Taylor said the milk supply was short again just a few months after producers resorted to dumping milk.

Potato farmers had a similar experience — some dumping spuds only to see prices rise “through the ceiling” a few weeks later.

Taylor sees some good signs for the future. First, Idaho’s farm land prices have held steady and are on the rise. Second, he anticipates a strong export market will continue. Third, farm equipment sales have been strong, indicating farmers are optimistic about the future, Taylor said.