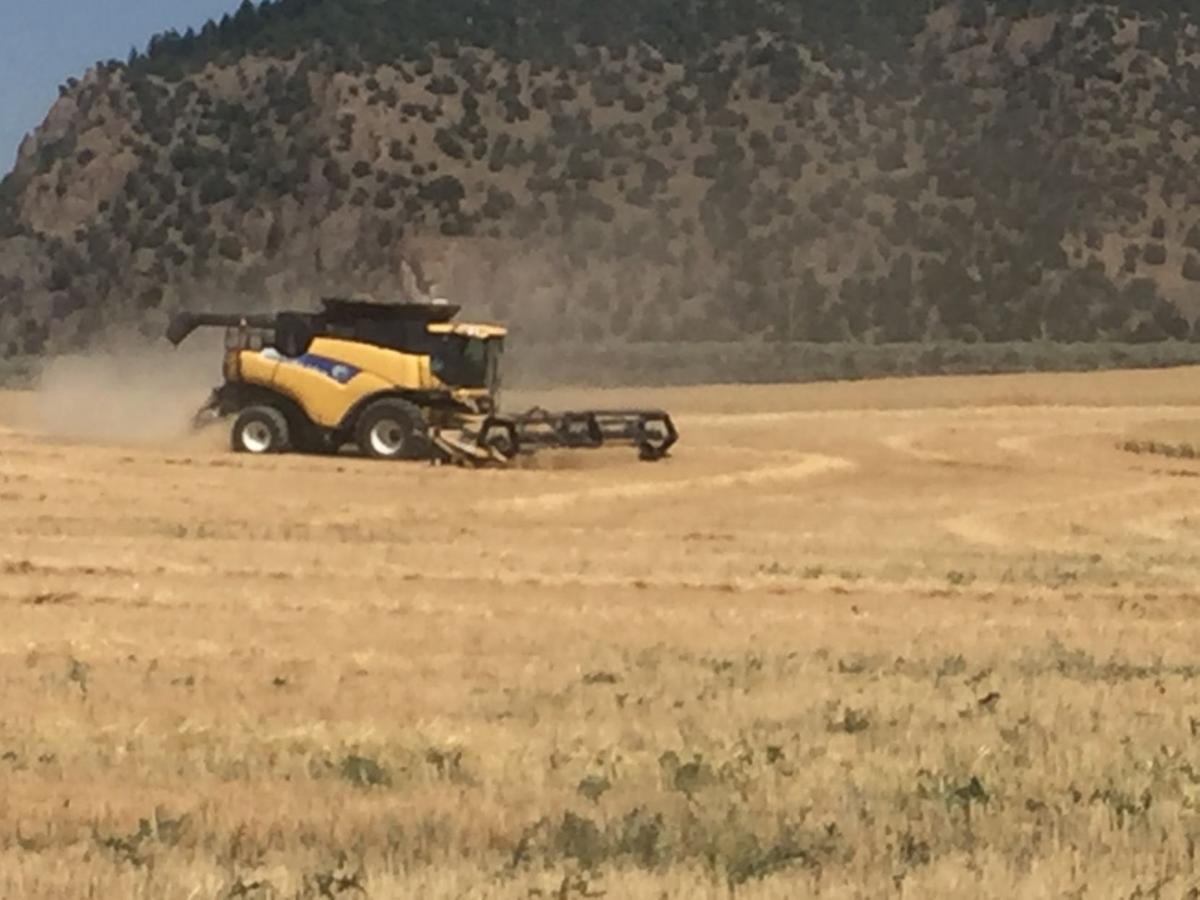 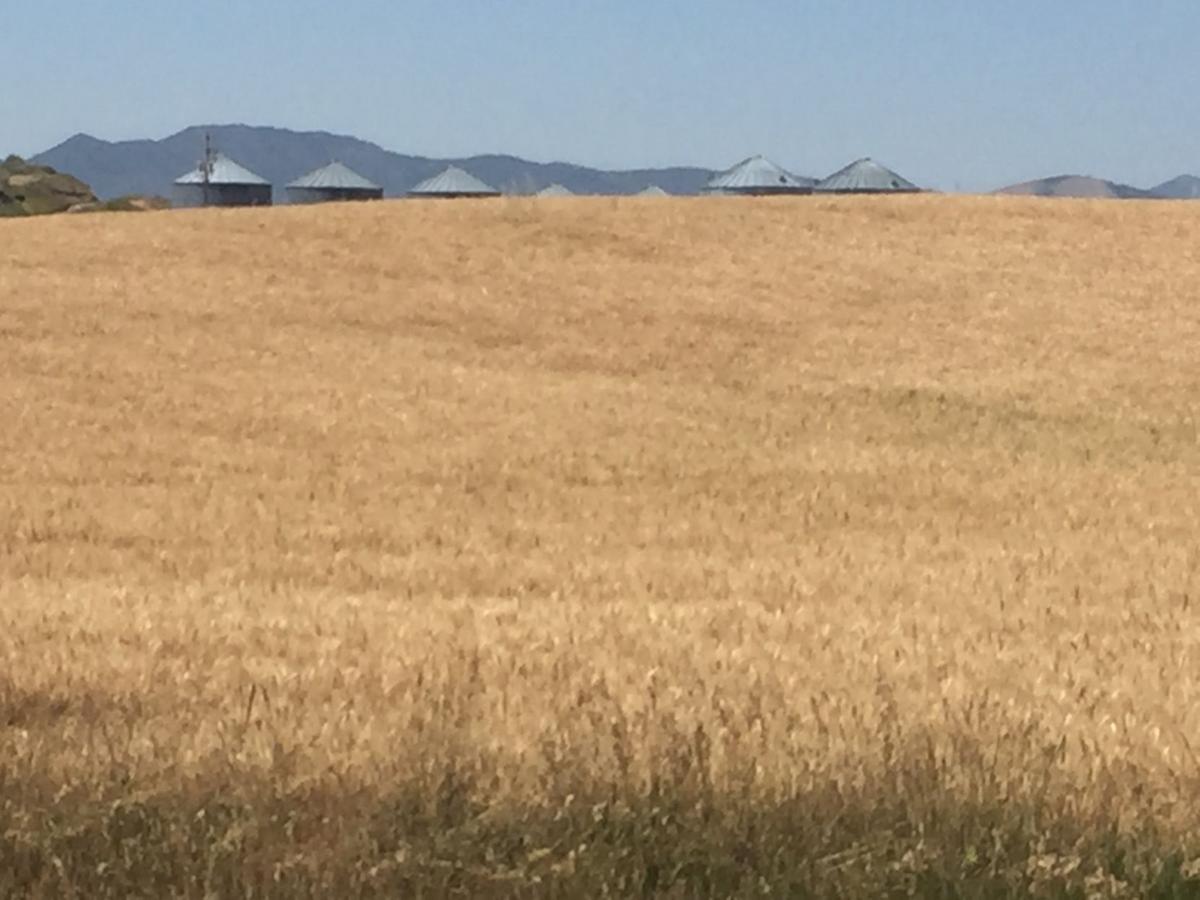 A dry-land wheat field is ready to harvest in Niter, located in Southeast Idaho.

A dry-land wheat field is ready to harvest in Niter, located in Southeast Idaho.

Arbon Valley dry-land farmer Hans Hayden was initially pessimistic about this season’s wheat crop, having sustained heavy losses both to winter kill of fall wheat and hail damage during a cold spring.

“The winter wheat was planted late and it got beat up by the winter and snow. It looked horrible,” said Hayden, who farms in Power County. “Most of it was replanted with spring wheat, and then we had hail storms in April and (early) May, which is really weird.”

Amid grain harvest, Hayden and other Idaho dry-land grain farmers say their fortunes have improved greatly, however, thanks to heavy rains in May and June.

Timely moisture is critical for farmers who plant in Idaho’s desert environment without supplemental irrigation, and Hayden said his growing area received about 5 inches of rain in May alone.

“The winter wheat that survived looks good and is yielding really well,” Hayden said. “I’m very satisfied with the yield of both the spring and the winter wheat.”

Cory Kress, who farms on dry land in Power and Oneida counties in the Rockland Valley’s southern end, said his fall and spring wheat yields have both made a surprising turnaround and are well above average.

“I don’t know if I would call it a record yield but it’s definitely in the top 10 on yields for southeast Idaho dry lands,” said Kress, who is a board member with the Idaho Wheat Commission.

Kress feared freezing temperatures in April and early May would take a toll on his crops. On May 7, for example, the low temperature dipped down into the low teens.

“I was all but ready to give up hope in early May. It had been so dry and there had been so many hard freezes,” Kress said. “In April we were freezing every night and freezing really hard.”

The second half of May and late June, however, brought an abundance of rain to his fields, as well as ideal growing temperatures.

“June was very wet. We had probably three times the normal precipitation in June, and it never got above 85 degrees in June, and that’s just so important in grain fill,” Kress said.

Richard Kopp, who leases dry land to grain farmers near American Falls, saw patches of hard red winter and soft white winter wheat fields where frost damage prevented heads from filling. His growers planted their fall wheat early so it looked good when it entered winter dormancy, and crops have made up ground from any setbacks, he said.

“We got some early season moisture,” Cellan said. “The heads are big and we’re plenty happy with it.”

USDA predicts Idaho will have the nation’s highest yields for both fall and spring wheat.

USDA predicts the state’s growers will also produce 49.4 million bushels of barley, which would be down 9% from last year. Idaho is the top barley producing state.

She said this season’s crop has benefited from low disease and pest pressure.

“The worst I’ve heard is average in terms of yield from producers, which makes me think we’ll be above average,” Chumrau said.

Chumrau said winter wheat fields have progressed two weeks behind schedule due to early season cold weather, but crops are catching up.

She said farmers in Northern Idaho — where wheat is all produced on dry land but gets far more rain — have reported “excellent, very above average yields,” and she anticipates many farmers in the region will enjoy record yields.

Chumrau said farmers elsewhere in the state were concerned about their grain crops during the spring, mostly based on unseasonably cold weather after wheat had emerged.

“There was a lot of worry about freeze damage,” Chumrau said. “We’re seeing a little bit of evidence of those freeze events but not nearly as much as we thought we would.”

For example, as of Aug. 14, the Kansas City Board of Trade reported the price of hard red winter wheat at $4.25 per bushel, which is below the cost of production for many growers.