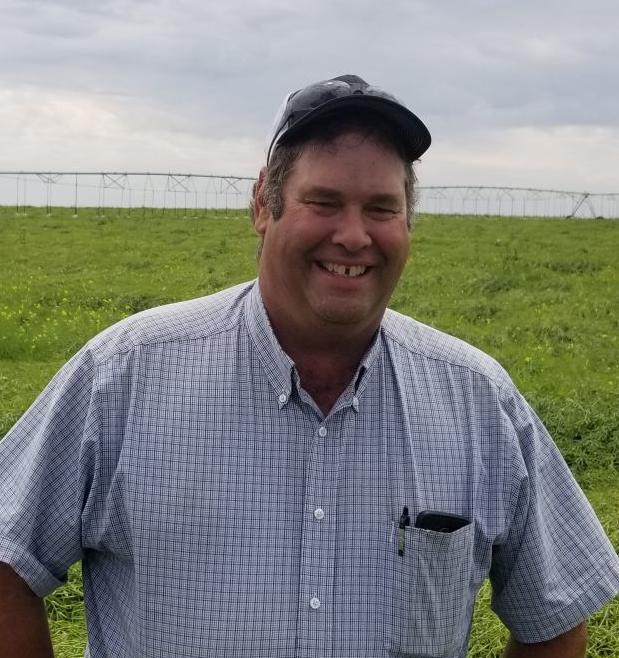 Idaho grain farmers have been meeting with top officials and lawmakers in Washington, D.C., and speaking at in-state events recently to build support for their federal legislative priorities.

Leaders and farmers representing the Idaho Grain Producers Association and the National Barley Growers Association were in the nation’s capitol from Feb. 3 through Feb. 6, participating in meetings with members of Idaho’s congressional delegation and federal entities such as USDA. Organizations representing wheat growers sent officials to lobby in Washington, D.C., in late January.

Famers holding leadership positions in IGPA also updated their colleagues in Idaho on priority issues for Gem State grain producers during University of Idaho Cereal Schools hosted Feb. 4 in Burley, Feb. 5 in Pocatello, Feb. 6 in Idaho Falls, Feb. 7 in Ashton and Feb. 13 in Preston. IGPA’s spring meeting is scheduled for Feb. 17-19 in Boise.

Hamer farmer Justin Place spoke during the IGPA Ashton meeting, emphasizing the importance of maintaining and improving infrastructure needed to transport grain to markets. In his area, Place said U.S. Highway 20 from Ashton to Idaho Falls has become horrendous with pot holes.

Place said a bill is pending in the state Legislature that would raise the fuel tax to cover infrastructure improvements. Place said IGPA Executive Director Stacey Satterlee also sits on a salmon working group, offering input on an issue that could affect international grain shipments from the Port of Lewiston.

Newdale farmer Dwight Little, who is the past president of the National Barley Growers Association, was among the group of Idaho grain leaders who recently traveled to Washington, D.C. Little and his fellow barley growers requested continued support for the U.S. Wheat and Barley Scab Initiative, which is a federal program covering research to protect grain crops from Fusarium head blight.

Furthermore, Little offered insight to USDA about how to allocate federal disaster relief aid to farmers who experience quality losses, such as protein or weather damage.

Little said USDA updated the farmers on the progress of significant trade agreements.

The trade agreement in the works with Japan has favorable conditions for exports of human food barley, which has been grown mostly in Northern Idaho, Little said.

Mexico and the U.S. have ratified the U.S. Mexico Canada Agreement, which must still be approved by Canada.

“We all agree that if we can get half of what’s been promised we’ll be pretty happy with that,” Little said.

Satterlee said the USMA would be a “huge deal for Idaho wheat and barley farmers.”

“We send a tremendous amount of barley to Mexico,” Satterlee said, adding all of the production from the Anheuser-Busch Integrow malting plant in Idaho Falls is shipped to Mexico. “That’s a relationship you want to have as secure as possible.”

The first phase of a trade agreement with China would establish a protocol to start shipping barley there. Satterlee said China is the world’s No. 1 beer-consuming country.

Satterlee said improving the transportation network is another major issue for IGPA. IGPA has voiced its hopes to members of Idaho’s congressional delegation that a federal transportation bill will be passed before the next election, she said.

IGPA also told the delegation that it supports the Farm Workforce Modernization Act, which Rep. Mike Simpson, R-Idaho, has championed to address a farm labor shortage.

“We need a long-term immigration fix in Idaho,” Satterlee said.

She said Sen. Mike Crapo, R-Idaho, will be in a position to help write the bill on the Senate side, and Sen. Jim Risch, also R-Idaho, supports the bill and has a good relationship with President Donald Trump.

The bill would streamline the process of obtaining H-2A temporary agricultural workers and would also establish a year-round guest worker program. Furthermore, it would allow immediate family of guest workers to remain in the area without fear of deportation.

“We could see something move toward the end of the year if the stars align,” Satterlee said.