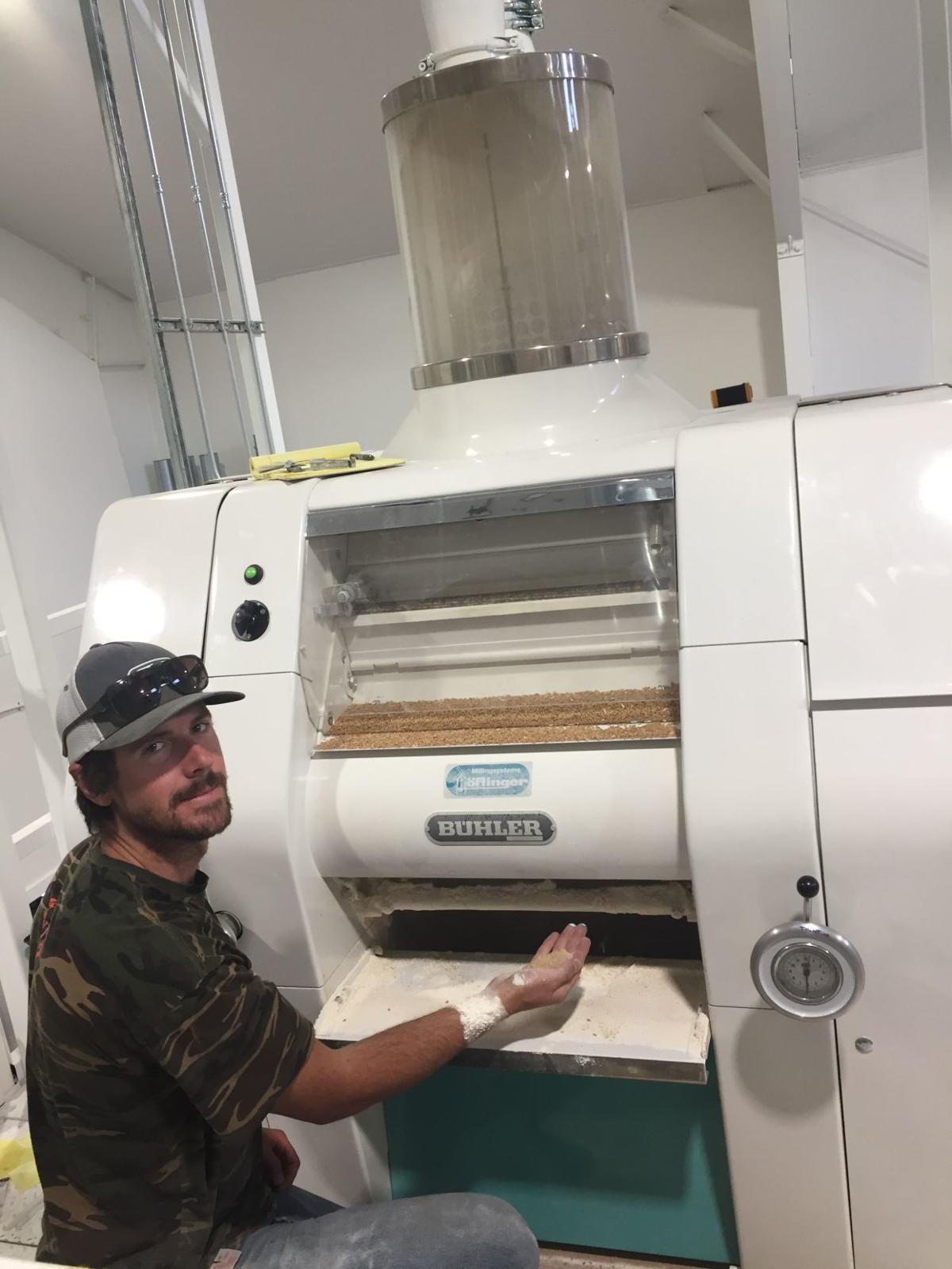 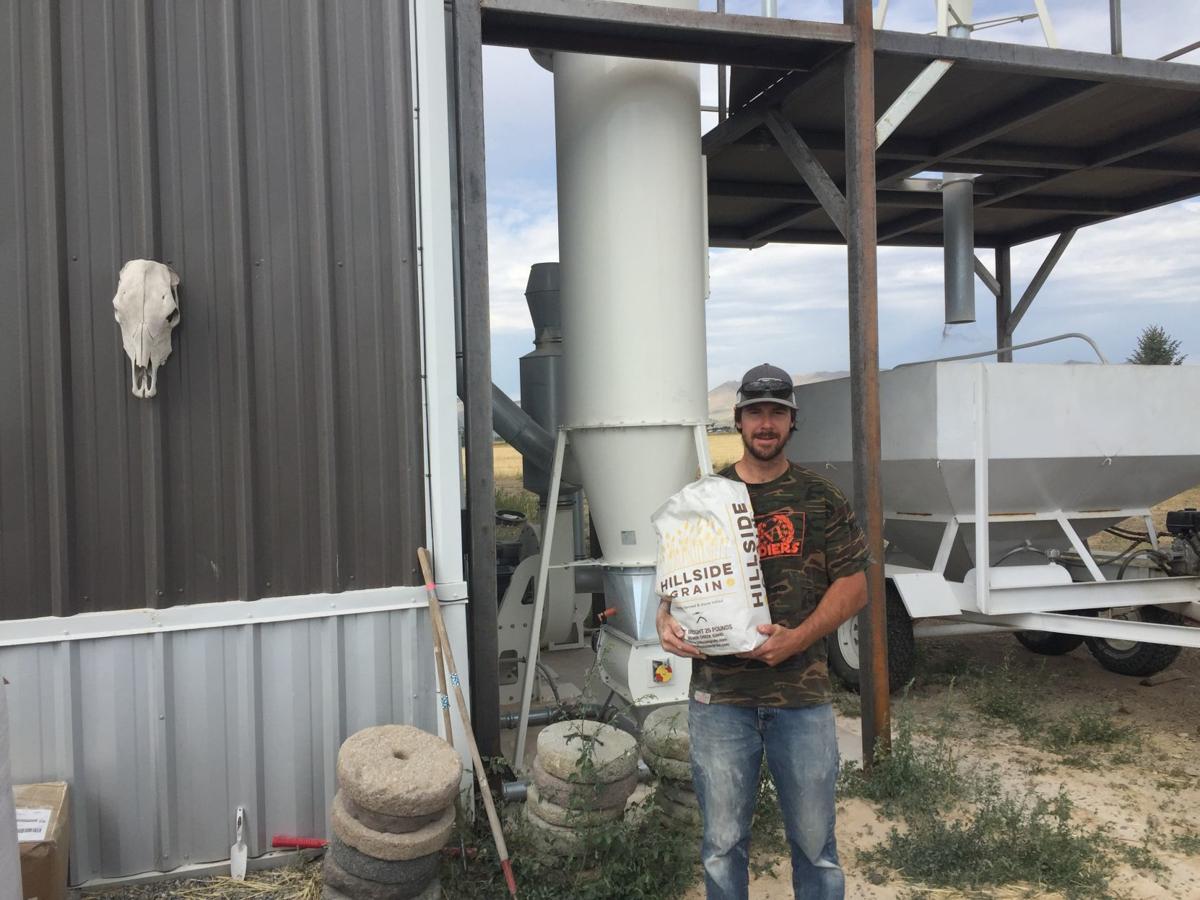 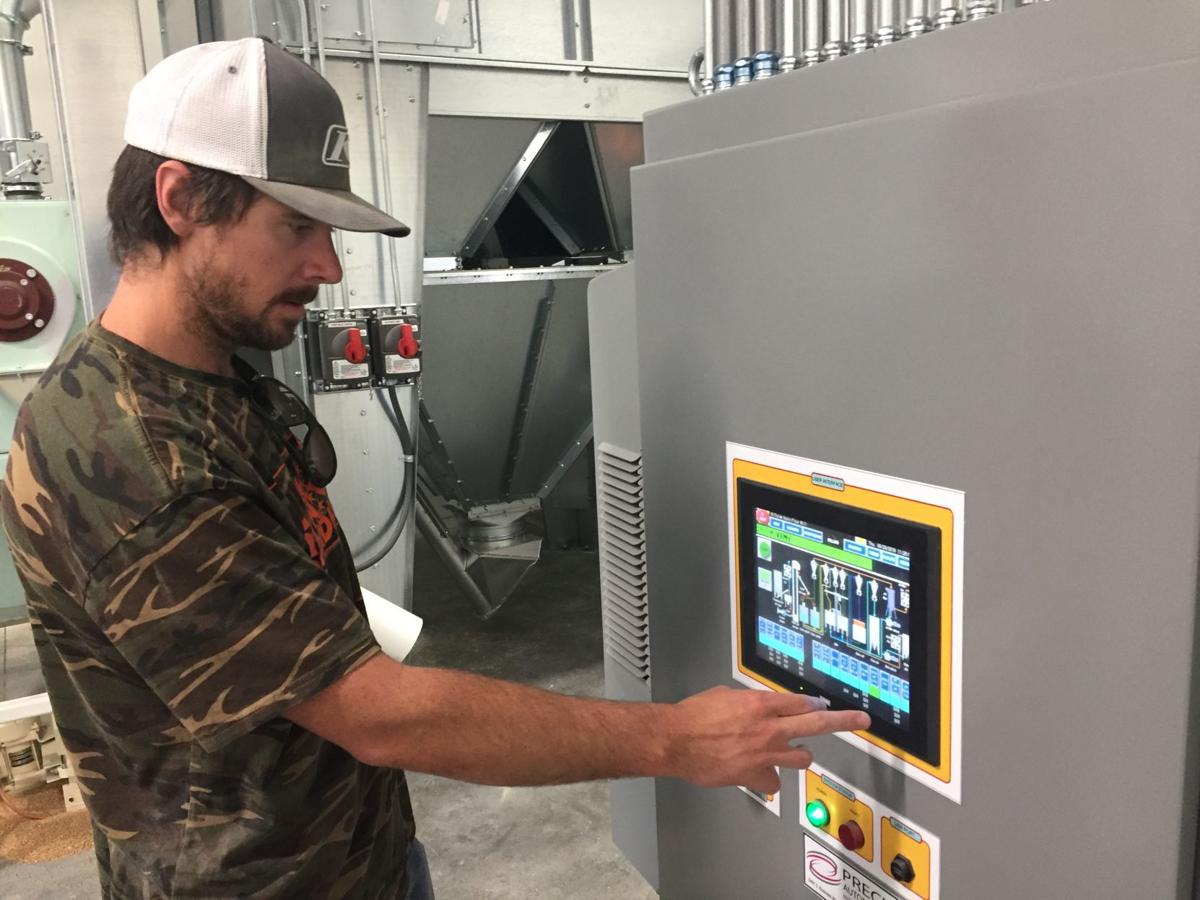 Editor’s note: This is the second installment of a three-part series on local grain economies. Part I covered the value consumers of local grain place on producers’ stories. Part III, describing the Washington State University Bread Lab’s efforts to promote local grain as a flavorful and healthy alternative, will run on Oct. 18. All installments will be posted online at postregister.com/farmandranch/ and on the Farm & Ranch Facebook page.

Brett Stevenson took over her mother’s garden in the spring to raise ancient rye and durum wheat varieties, seeking to expand seed for her father to eventually plant on his Wood River Valley farm.

Brett is giving her dad, John Stevenson, new options to diversify a crop rotation that’s predominately been malt barley and alfalfa throughout the past 45 years. She buys his wheat and niche grain varieties to grind into flour near his fields, in a stone mill she opened a few months ago.

They can both taste the fruits of their labor in their own southcentral Idaho community, at certain restaurants and bakeries that buy their Hillside Grain flour.

The Stevensons are furthering an industry trend: Similar small mills are slowly beginning to surface throughout the country, enabling farmers to segregate grain by type and offer it as a niche, local product. The approach gives farmers greater control over their own economic destinies.

Growers who take the gamble and stop thinking of grain as a commodity aim to cut out the middleman and fetch a premium for their harvest. Consumers turn to local grain for fresher, unadulterated baked goods, while also giving a boost to the local economy.

“We were interested in doing some vertical integration and being able to process some of our own grains,” Brett said. “Southern Idaho produces a lot of high-quality grains. It seemed to me there was a lack of processing opportunities that maintained some degree of identity preservation.”

To build up seed for her father’s use, Brett also hand planted a strip of hull-less purple barley and a couple of irrigated acres of wheat varieties developed at the Washington State University Bread Lab. The lab’s varieties — a hard red winter wheat, Skagit 1109, and a hard white club wheat, Cara — were bred specifically to help establish local grain economies.

Brett’s stone mill was hand-built in Holland and produces “high-extraction” flour, which retains some of the germ and is in the middle of the spectrum between white and whole wheat.

She believes taste has taken a back seat for too long in the commodity-driven grain system. Her Hillside Grain website asserts local grains are finally introducing the nation’s bakers to flour with flavor: “Terroir isn’t just for wine. Within our grain and flour one can just about taste the clear hot summer days, cool high-elevation nights and spring-fed Silver Creek running cold.”

The mill processes both conventional and organic flour and also sources some grain from a few other producers in the area. Brett has been traveling the region, delivering samples to would-be customers.

“For me, it’s also about family and being able to build upon what my dad created and carving out my own niche,” Brett said.

Her miller, Jeremy Lato, sees ecological benefits in the local grains movement, which provides an avenue for farmers to share stories with consumers about their regenerative agricultural practices, such as planting cover crops.

“That transparency is going all the way down the line,” Lato said. “We’re able to tell the story of what we’re milling, how we’re milling it, where we’re buying it and how that guy is producing it.”

Amy Halloran’s book “The New Bread Basket” concludes the days of a few large mills dominating the flour market may be slowly coming to an end.

The New York resident focused her book, published in 2015, primarily on the revival of regional grain production in the Northeast and the Pacific Northwest.

“Even then, there was a lot of interest, and I’ve only seen momentum grow,” Halloran said. “Bakers are really interested in having new flour, and consumers are wildly excited about having something local.”

Halloran explained conventional roller milling is a “process of division,” through which millers separate flour into its components and often don’t put back the germ, which packs the most nutrition.

She acknowledges the growth of regional grain has been “slow and sluggish,” and that it takes a special kind of farmer to pursue “value-added grains.” Building the necessary local infrastructure takes time, and the local grains movement is quicker to catch on in areas that aren’t already established as major grain-growing regions, she said.

“Having some scale of direct sales gives you some control over your own farm economy,” Halloran said. “I’m very excited for the growers to have more opportunities to earn their keep.”

She knows of four major manufacturers of small mills in the Western world: Osttiroler in Austria, EMGSKO in Denmark, New American Stone Mills in Vermont and Meadows Mills in North Carolina.

Brian Hege, vice president of sales and marketing for Meadows Mills, said sales remain strong nationwide, as more farms seek to add value to what they grow and cash in on the agri-tourism trend.

Hege’s company sells mills with outputs ranging from 25 to 1,000 pounds of flour per hour. Sales have been strong in the Southeast and upper Midwest and are beginning to spread into the Western states, he said.

“I think there’s still growth to come as more and more people consider what they’re consuming on a daily basis,” Hege said. “They’re looking for less processed and fresher.”

Andrew Heyn started New American Stone Mills in 2015. He had a wood-fired bakery and researched designs in old books and websites to build his own mill.

Bakers came from far and wide to see what he made, and he agreed to build a couple of additional mills for some baker friends, sourcing granite from a Vermont quarry. Nowadays, his clients come from throughout the world: He’s finishing his 64th and 65th mills for two Canadian bakeries.

Heyn believes the lack of infrastructure to support the local grain movement has slowed its growth and forced millers to find creative solutions for cleaning and storing grain on a small scale.

“Most milling and ag equipment has gone to a really, really large scale,” Heyn said. “A lot of people are looking for seed cleaners that were from the 1930s that they fix up and do it themselves.”

Gone are the days when Nathan and Jamie Ashcraft stuck to a basic crop rotation of wheat and potatoes.

They now raise a broad variety of produce and crops — including 100 total acres of the healthy ancient grains spelt and khorasan. They sell what they grow directly to customers through their website histakes-spelt.com.

Their introduction to the local grain movement came because Nathan’s brother and former farming partner, Blaine, had health challenges and began raising spelt in 2003 for its low glycemic index and healthy folic acid. When Blaine moved out of state, Nathan and Jamie continued raising the niche crop.

Their ancient grains fetch a sizable premium over conventional grain, with spelt priced at $45 per 50-bag. They sell the grain berries whole: Customers can buy personal mills from their website to grind their own flour.

“The farmer can actually make some money, which is a big deal anymore,” Jamie said.

The Ashcrafts explained the challenge they’ve encountered is that small production increases can quickly saturate markets for niche crops. Marketing and connecting with buyers also involve a lot of work.

“If you can figure out how to do it, I think it’s fabulous,” Jamie said.

The Idaho Grain and Flour Mill proudly boasts on its flour bags that its wheat is “bought from Idaho farmers and milled in the Idaho mountains.”

Erica Schmoeger bought the small, McCall-based stone mill last November from a Boise man who opened it in 2012. She grew up in Lewiston, and the mill provided her “ticket” to move back to Idaho from Logan, Utah.

About 95 percent of her business is wholesale, mostly to area grocery stores. She also sells directly to customers and to area caterers, bakeries, restaurants and cafes seeking to offer more locally sourced menu items.

“What I give is the freshest flour you’re going to find on any store shelf,” Schmoeger said. “I literally buy it, mill it and I put it on the shelf within two weeks of milling it.”

Schmoeger runs the mill with her husband and one part-time employee. She sells whole wheat bread and pastry flour, rye flour and wheat berries, offering products raised both organically and conventionally.

“At the farmers markets, I spent hours every week talking to customers about what they were looking for in flour,” Schmoeger said. “Organic was important to them, but if people were choosing organic or local, a majority of people I encountered said they would choose local.”

Schmoeger buys most of her wheat from the PNW Farmers Cooperative in Genesee and Harvest Ridge Organics in Lewiston. Getting grain close to home cuts back on her transportation costs. Her growth has been exponential in her first year in business.

“We all hear concerns about the American farmer surviving,” Schmoeger said. “I’m not just milling locally; I’m also buying grain locally. Customers are supporting an Idaho farmer and my business.”

When his wife, Julie, retired from a 35-year teaching career, Tim Dillin, who farms north of Bonners Ferry, built a small building to house a 30-inch stone mill. Julie was looking for something to do and a way to support the family farm.

Four years into cleaning, milling, bagging and selling hard white, soft white and barley flour from their own fields, business has grown faster than anticipated.

They supply several small, country stores in their region. Just a fraction of their crop goes to the mill. The bulk of what they raise is still sold through conventional channels. A primary benefit of participating in the local grains movement for the Dillins is the chance to educate customers about the conventional side of farming.

Tim believes Julie’s milling business, called Farm to Market Grains, has struck a chord with consumers who have become disconnected with agriculture and have “mind-boggling” misconceptions about food production.

“It’s a real person at the beginning of the food chain they’re dealing with. People putting the product out there care for what’s going in the ground and the land and the product that comes out at the end,” Tim said.

“If you explain the story to them and say, ‘Yes, we do spray crop protection chemicals, but we only do it according to the label,’ if you explain to them what you’re doing, they get it a little bit.”