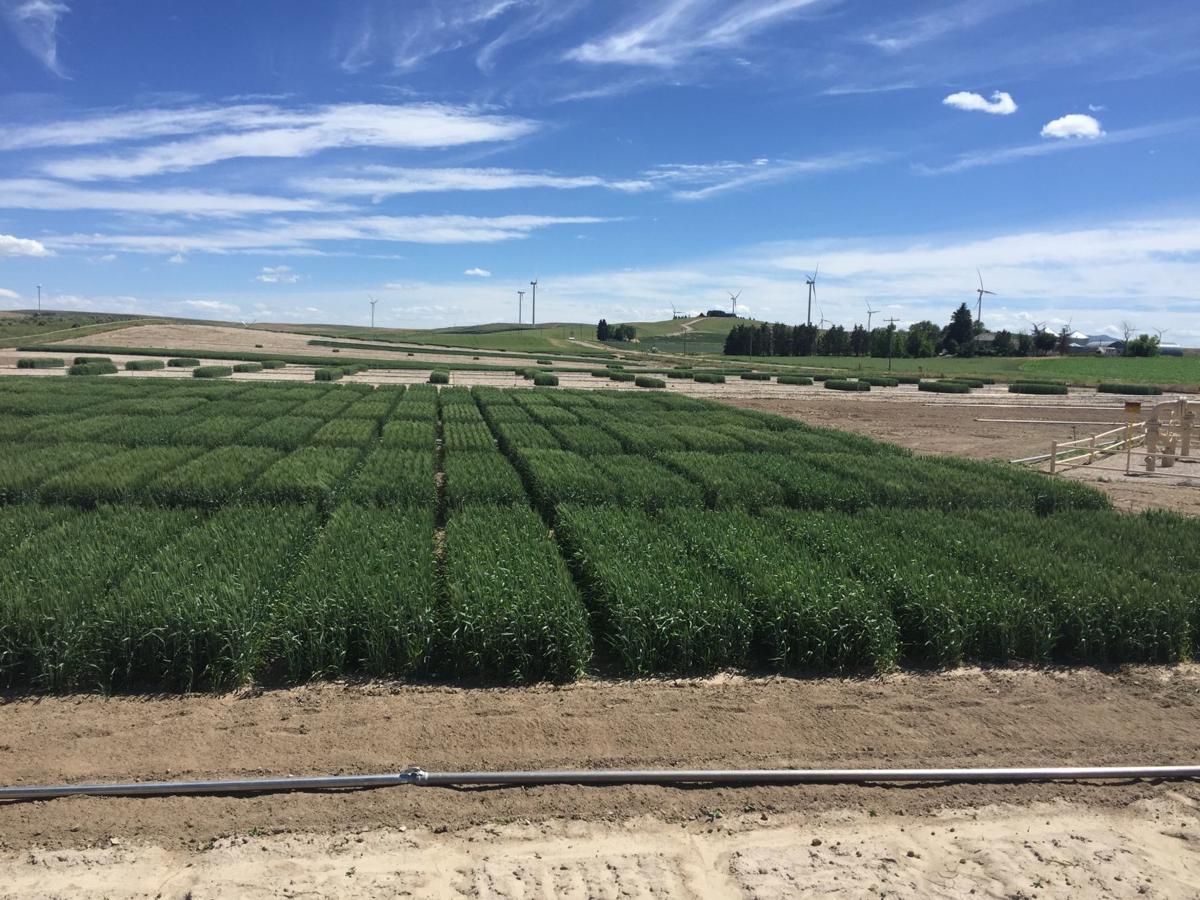 GoodWheat is raised at Koompin Farms in the American Falls area. 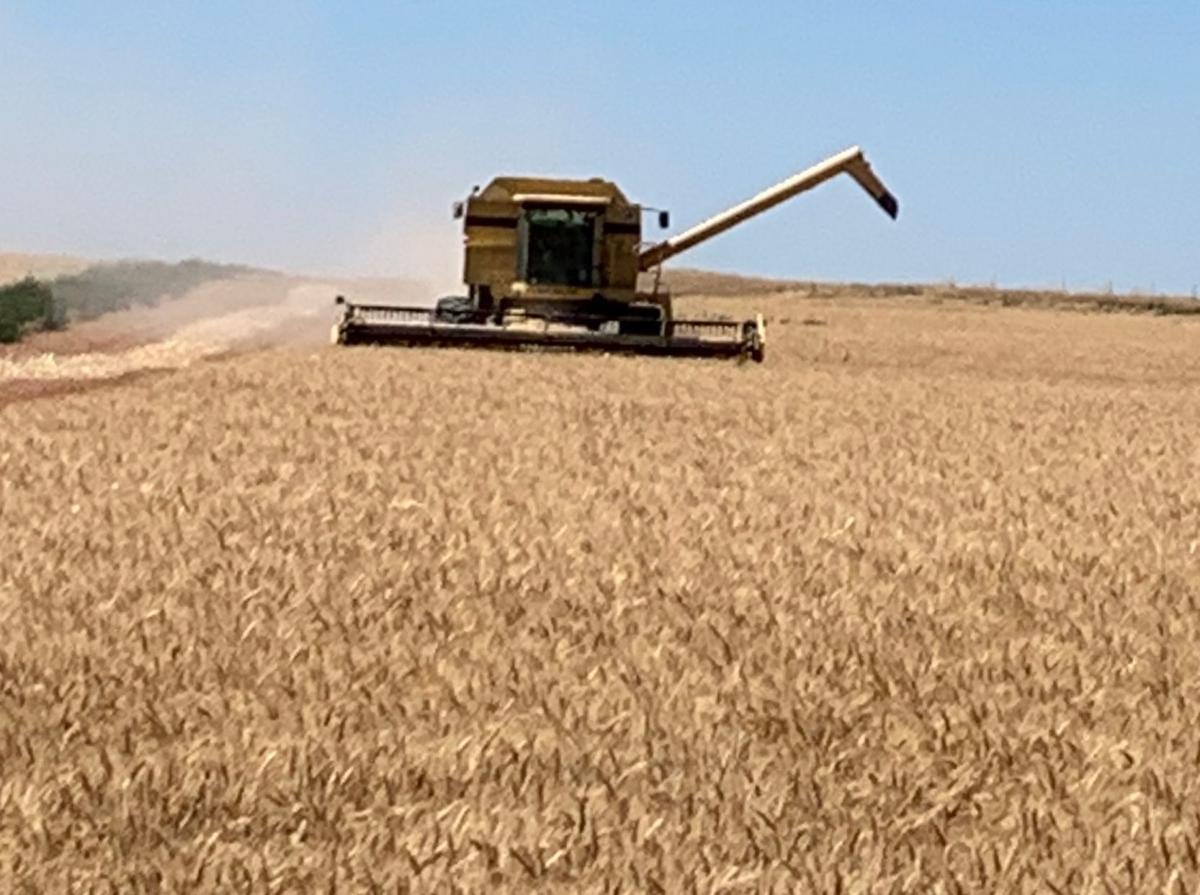 GoodWheat is harvested in a field farmed by Ritchey Toevs in the Pleasant Valley area of Southeast Idaho.

GoodWheat is raised at Koompin Farms in the American Falls area.

GoodWheat is harvested in a field farmed by Ritchey Toevs in the Pleasant Valley area of Southeast Idaho.

Three farmers in the American Falls area are entering their second year of raising specialized wheat varieties bred to appeal to health-conscious consumers who are wary of gluten and carbohydrates.

Arcadia Biosciences, based in Davis, California, started production of its GoodWheat varieties about five years ago, making them commercially available last year.

Arcadia agronomist Ann Munden believes the GoodWheat brand will be a game changer for both the agricultural industry and the public. She said southeast Idaho will be the primary region for GoodWheat production.

Arcadia has bred GoodWheat varieties with significantly reduced gluten. Though people with Celiac Disease should still avoid GoodWheat, she said it will be a good option for anyone seeking to reduce inflammation. Other GoodWheat varieties have been developed with resistant starch, which boosts the fiber content of flour and slows the digestion process, benefiting diabetics and consumers who wish to avoid spiking their blood-sugar levels.

“I think there is a lot more attention to health as an attribute,” Munden said. “Most people aren’t breeding for that. That’s why Arcadia is optimistic about these multiple platforms. They focus on health as opposed to only agronomics.”

This season, the three American Falls-area growers will raise thousands of acres of GoodWheat. Munden said Arcadia will likely seek to expand its grower base prior to the 2021 season.

“It’s picking up (demand) pretty quickly. I think in 2021 it will be several thousand acres raised in American Falls,” Munden said.

Additional acreage of GoodWheat will be planted this season in Montana and North Dakota’s Red River Valley, she said.

Arcadia opened its American Falls facility eight years ago, when it started working with area growers on raising experimental varieties of safflower and other crops.

About two years ago, the company started leasing the former Bully Dog location at 2839 Highway 39 in American Falls to accommodate the anticipated growth of GoodWheat.

“We’re looking at remodeling and expanding it so we could store more wheat here,” Munden said, adding Arcadia keeps a local staff of between four and six workers.

Bay State Milling in Massachusetts and Arcadia have licensing partnerships in the U.S. on the GoodWheat brand of hard red wheat with resistant starch. GoodWheat varieties were developed through a process that’s high-tech but is not considered to be genetic modification, called TILLING. TILLING is used to detect or generate genetic variation on genes of interest.

Munden explained at its Davis lab, Arcadia used TILLING to turn down genetic expression of certain attributes. She explained the breeding approach results in a slight yield drag — GoodWheat yields just under 10 percent less than the industry’s top wheat varieties.

“That was a big advantage of our varieties is the yield drag ended up being a lot less than anticipated,” Munden said.

Kevin Hodges, general manager over GoodWheat, said the company is currently focused on launching its three existing platforms and getting them into the marketplace. They’ve had especially good feedback on resistant starch, he said.

“What we’re doing going forward with GoodWheat is looking for the signals from the consumers on what other attributes we can bring to the marketplace,” Hodges said. “We’re continually partnering with flour mills and end-users and consumer product good companies.”

Arcadia pays growers a premium for raising GoodWheat but expects them to store the grain in isolation and use specified identity-preservation practices, such as cleaning farming implements before and after use.

Ritchey Toevs, who farms in the Pleasant Valley area between American Falls and Aberdeen, raised 200 acres of the GoodWheat Durum variety with resistant starch and noticed no yield drag. Toevs plans to continue working with Arcadia on GoodWheat production, based on the premium he received.

“I think we just have to look more to the consumer in deciding what to grow,” Toevs said. “People are more health conscious.”

Koompin Farms in American Falls raised 380 acres of Durum GoodWheat last season. Farmer Kamren Koompin believes southeast Idaho is a natural choice for Arcadia because producers in the region raise some of the nation’s highest quality grain and also get outstanding yields under irrigation.

“If it takes off it could be big. It could be tens of thousands of acres in Southeast Idaho,” Koompin said. “It may mean a little more work on our end keeping track of things.”

Cathy Wilson, director of research collaboration with the Idaho Wheat Commission, doesn’t like that consumers may infer from the name GoodWheat that conventional wheat may be negative. Nonetheless, Wilson believes Arcadia has tapped into a growing trend in Idaho grain production by directly marketing wheat as a consumer product rather than a bulk commodity.

Wilson noted Idaho has a freight disadvantage compared with many other growing regions that export commodity wheat, but its consistent high quality is ideal for buyers seeking a specialized or premium product. Furthermore, Wilson said Idaho growers have ample on-farm storage, which should aid them in identity preservation of grain raised to capitalize on specific traits.

“GoodWheat is defining wheat as an ingredient, not just as a commodity,” Wilson said. “It’s a real big paradigm shift, but I think if you’re looking at where Idaho has a chance to carve out a special place and get a higher value from their product, this is a place to do it.”

Wilson said companies such as Bay State and Limagrain Cereal Seeds are producing their own similar wheat varieties in Washington State.

“Everybody recognizes there’s an opportunity in Idaho, and hopefully our growers can make the transition, too,” Wilson said. “We’d really like to encourage all of the parts of the grain chain to pay attention to this opportunity.”