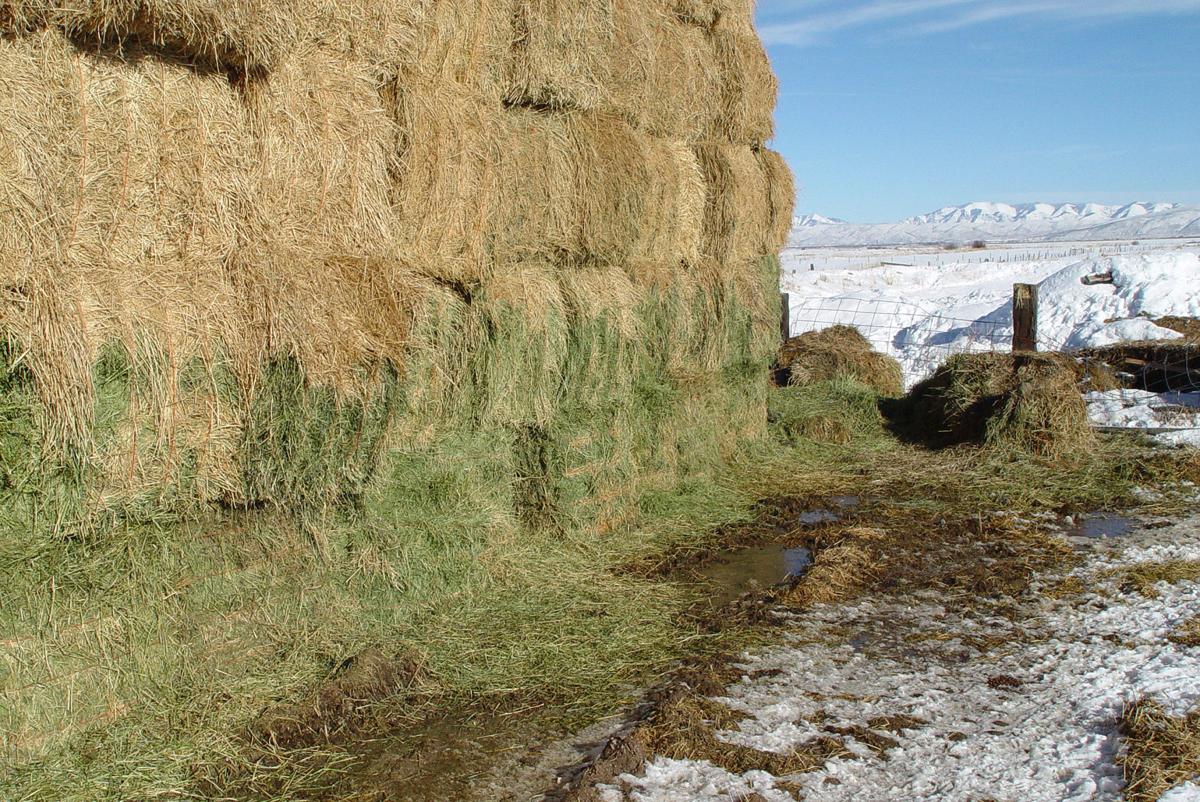 A haystack shows damage from elk munching on it during the winter. Idaho Fish and Game is taking measures to haze elk away from haystacks in the Arco, Mackay, Howe and Monteview areas. 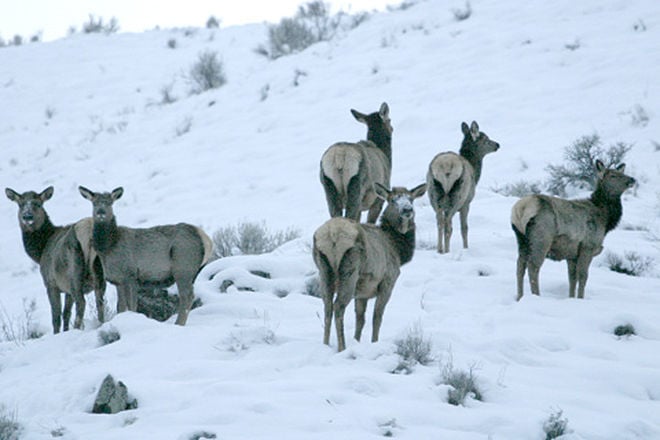 A haystack shows damage from elk munching on it during the winter. Idaho Fish and Game is taking measures to haze elk away from haystacks in the Arco, Mackay, Howe and Monteview areas.

While recent snowstorms have added to the joy of winter recreationists, it has also pushed marauding herds of elk down into the Lost River and Little Lost River valleys, creating headaches for ranchers.

“They’re kind of like teenagers. When you show them where the fridge is, they keep coming back,” said James Brower regional communications manager for Idaho Department of Fish and Game.

Brower said groups of elk numbering about 150 members have been targeting haystacks in the Arco, Howe, Mackay and Monteview areas.

Fish and Game personnel have been using cracker shells, and noise cannons and yelling at the elk to haze them away, particularly at night.

“Since this snowstorm, it has blown up quite a bit,” he said. “The snow definitely brings them down. They were coming down a little bit before but now that there is more snow they don’t want to move quite as much. The snow is pretty deep.”

Fish and Game has two full-time employees as well as several volunteers working through the night to haze elk.

“We as a department make a concerted effort to help (ranchers) protect their livelihood out there,” Brower said. “They are out helping people panel their haystacks.”

Fish and Game has also warned motorists to be watchful of wildlife during the winter months, especially along areas of highway where deer and elk are known to cross.

“Pay attention to wildlife crossing signs and electronic reader boards. They are there for a reason!” said Fish and Game’s Jennifer Jackson in a news release. “Where you see one deer or elk, there are likely others. Don’t forget to watch for stragglers that jump out at the last minute. When slowing down to avoid wildlife on or near the road, use your flashers to warn other motorists of your decreased speed and potential dangers of crossing animals.”