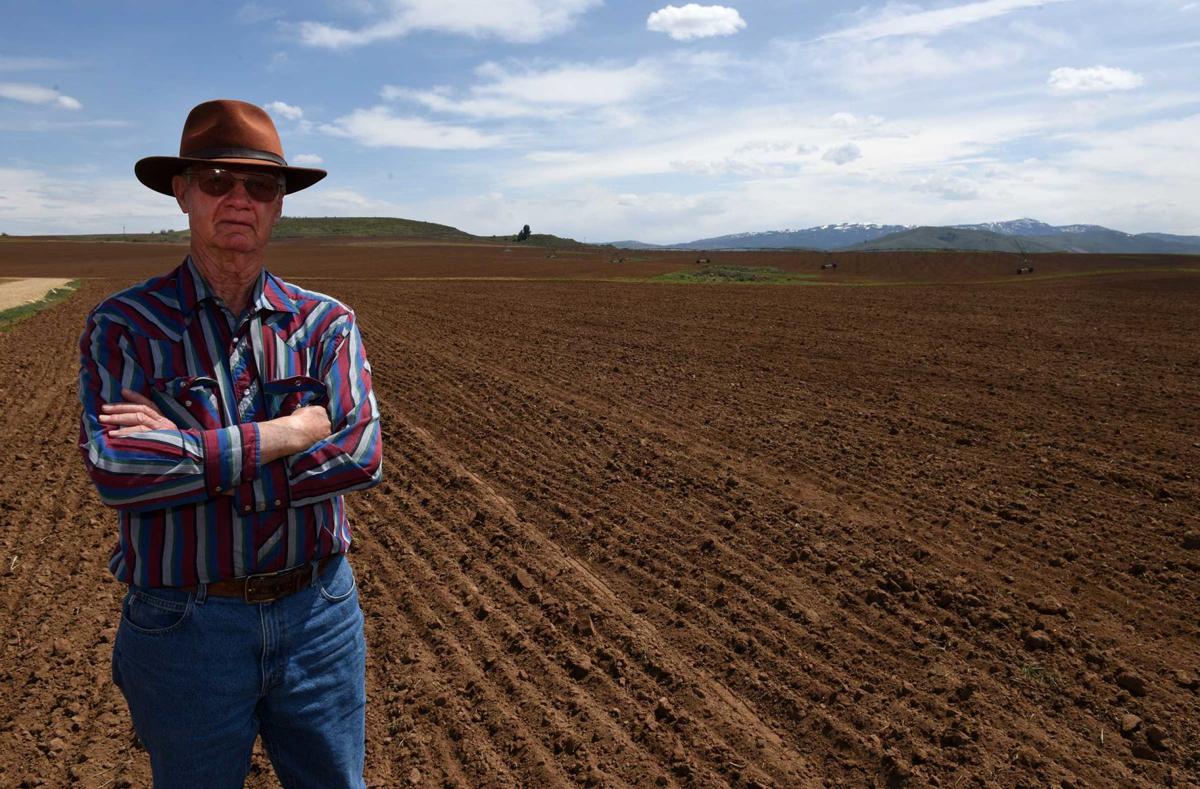 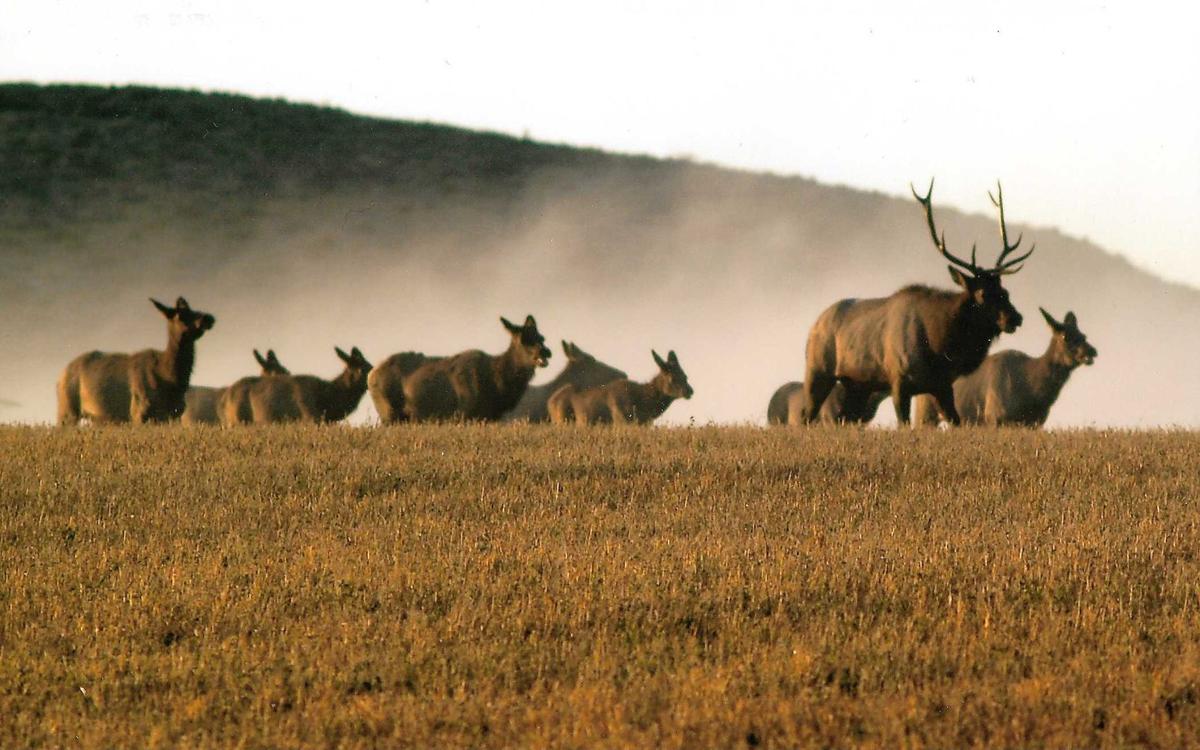 Elk graze in fields on McFarland’s Little Camas Ranch during the fall of 2018.

Elk graze in fields on McFarland’s Little Camas Ranch during the fall of 2018.

A single claim by an Elmore County organic farmer exhausted an Idaho Department of Fish and Game account to compensate Idaho farmers for wildlife depredation, leading the Legislature to impose a payment cap.

McFarland reported that herds of up to 500 elk had eaten his organic Kamut wheat and organic potato crops, compacting the soil in the process, at his Little Camas Ranch farm in Elmore County.

While the claim was paid in full, it spurred the Legislature to take action last session. In an effort to protect the depredation compensation funds from being depleted by any single claim Sen. Bert Brackett, R-Twin Falls, introduced SB1151 to place a cap on the amount paid on any single depredation claim to not exceed 10 percent of the annual appropriation for the big game depredation account.

With an annual appropriation of $1.1 million in the account, the cap in SB1151 effectively limits the amount of any single payment to $110,000. The legislation also limits payments to any entity, such as an LLC or partnership with family members, to the 10 percent.

Brackett called the $1 million claim an outlier that would have cleaned out the depredation fund account, resulting in pro-ration of payments. The purpose of SB1151 is to prevent that from happening in the future, he said.

The Idaho legislature created the depredation account in 1990 to pay for crop and forage losses incurred by elk, deer and antelope. Since 1992 the IDFG has paid out 792 claims for wildlife damages totaling over $6 million.

“I think the reality is that there are more elk in the ag interface than there were 10 years ago,” Toby Boudreau, IDFG wildlife bureau chief, said of the increasing number of claims and high payments. “Our dairy industry in Southern Idaho has been growing by leaps and bounds over the past decade, and their need for corn has grown with it.”

McFarland started growing conventional potatoes in the early 60s. Seven years ago, he decided to convert the Little Camas Ranch into an organic farm, concentrating on growing organic potatoes, grain and alfalfa. His potato fields are on a seven-year rotation, with fields growing grain or alfalfa during the other six years.

“We started with 5 acres, just as a trial, and we increased to 15 and then 50 and now the whole farm is organic,” McFarland said, describing his transition from conventional to organic farming.

Mike McDonald, IDFG regional wildlife manager at the Magic Valley Regional office in Jerome, has been working with McFarland during the past two years to keep the wildlife damages to a minimum. McDonald explained the farmland lies at the heart of a migration corridor for elk and deer.

“You have this fantastic piece of property that’s located in a really cool area that has lots of ‘groceries’ and has lots of elk,” McDonald said.

According to McDonald, IDFG initially tried using various hazing techniques to discourage the elk from McFarland’s fields but with little success. They explored using fencing, but it was impractical due to the size of the farm and the negative impact fencing has on sage grouse.

“Sage grouse don’t navigate fences very well,” McDonald said. “You’re left with that lethal option. Going in and removing animals with the hopes that you are removing a few targeted animals and that the rest of them decide this isn’t the best place to be right now.”

From July through early October, the department resorted to lethally removing game animals. In that time, McDonald estimates that they removed around 80 elk. Not all were kill-permitted; some were killed by sportsmen, he said.

This summer and fall, McDonald said that they will try changing their methodology and will aim to be more strategic in deploying lethal measures, hoping to cut back on depredation and reduce monetary claims.