Farm & Ranch News
Columnists
Crops & Livestock
4-H & FFA
Of Interest
Read the E-Edition
Make An Announcement
Subscriber Services
Site Services
Browse the Archives
Welcome to our new website. We have a new login system for you to access the full newspaper online. Please click here to learn how to activate your new account. Bear with us as we move into this new site and bring over all our old articles and photos.
Activate Now
1 of 5 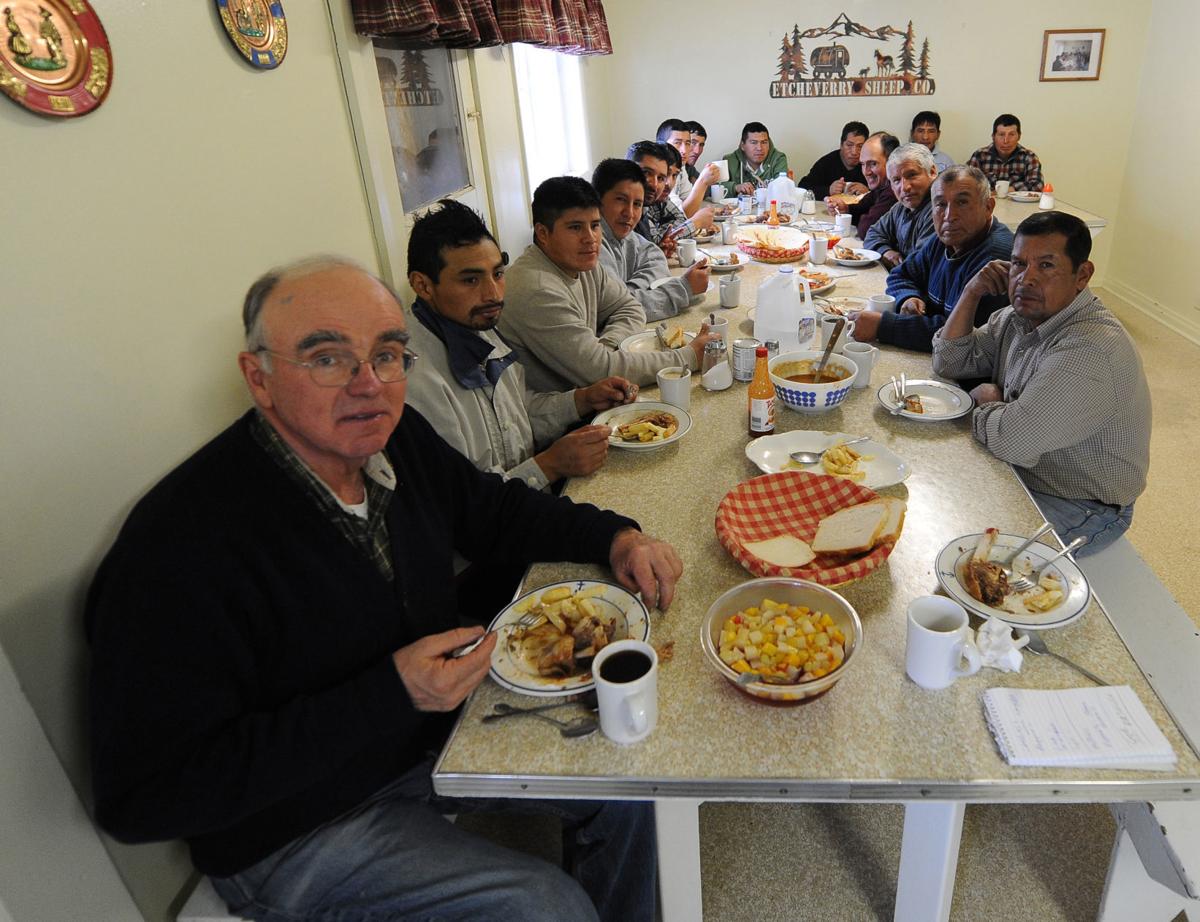 Henry Etcheverry, left, and his workers enjoy lunch together during the 2013 lambing season. 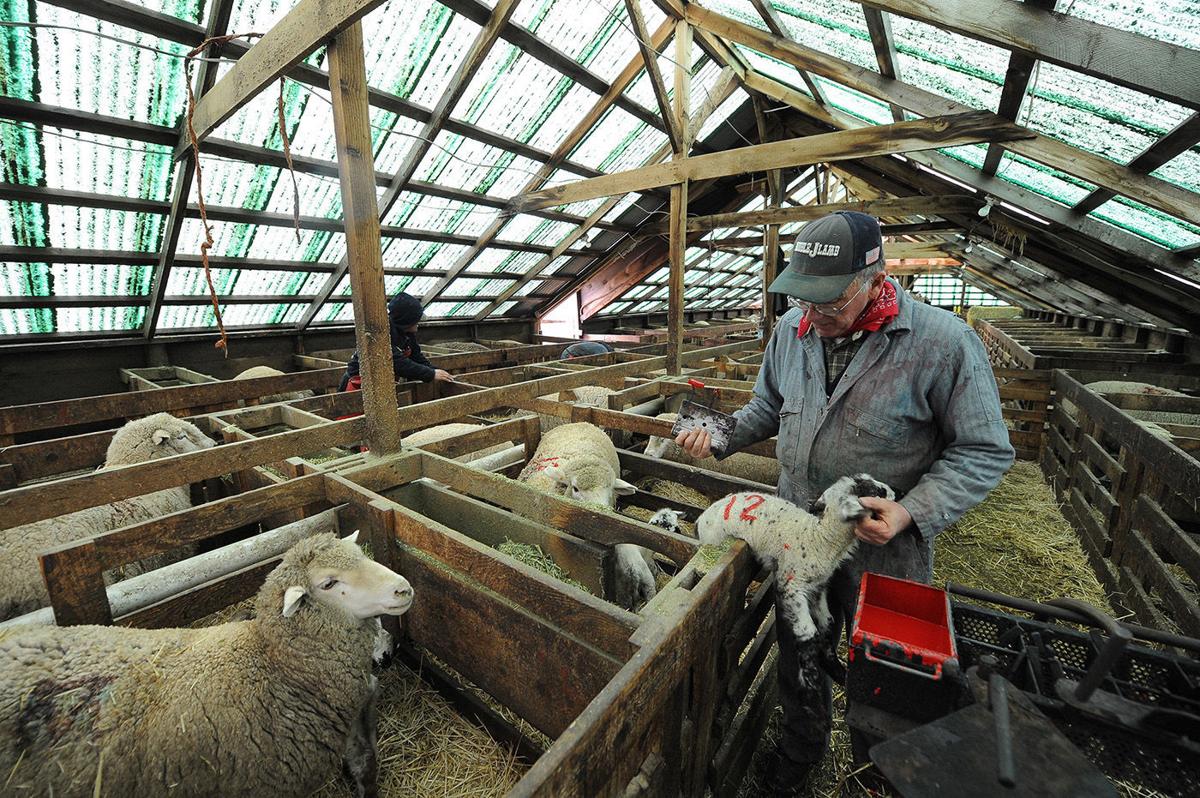 Henry Etcheverry brands a lamb with red paint to identify which ewe it belongs to in his lambing shed outside of Rupert in February 2013. 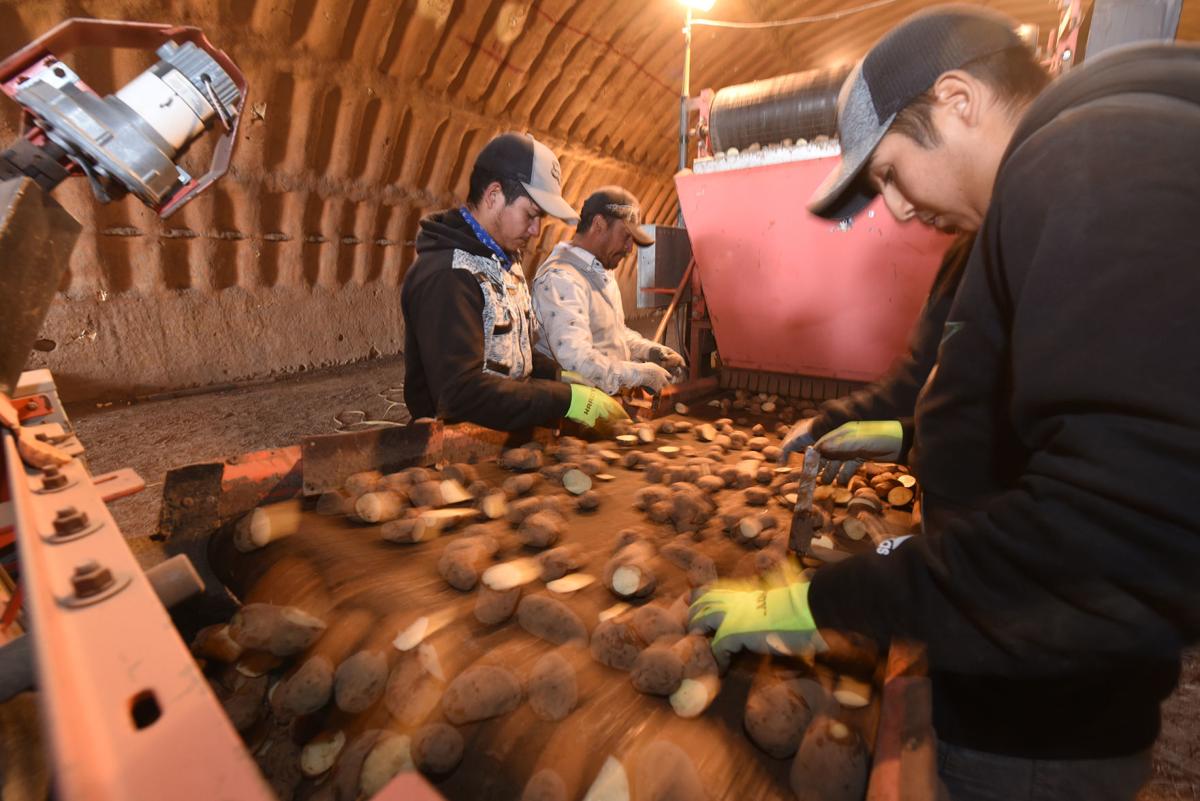 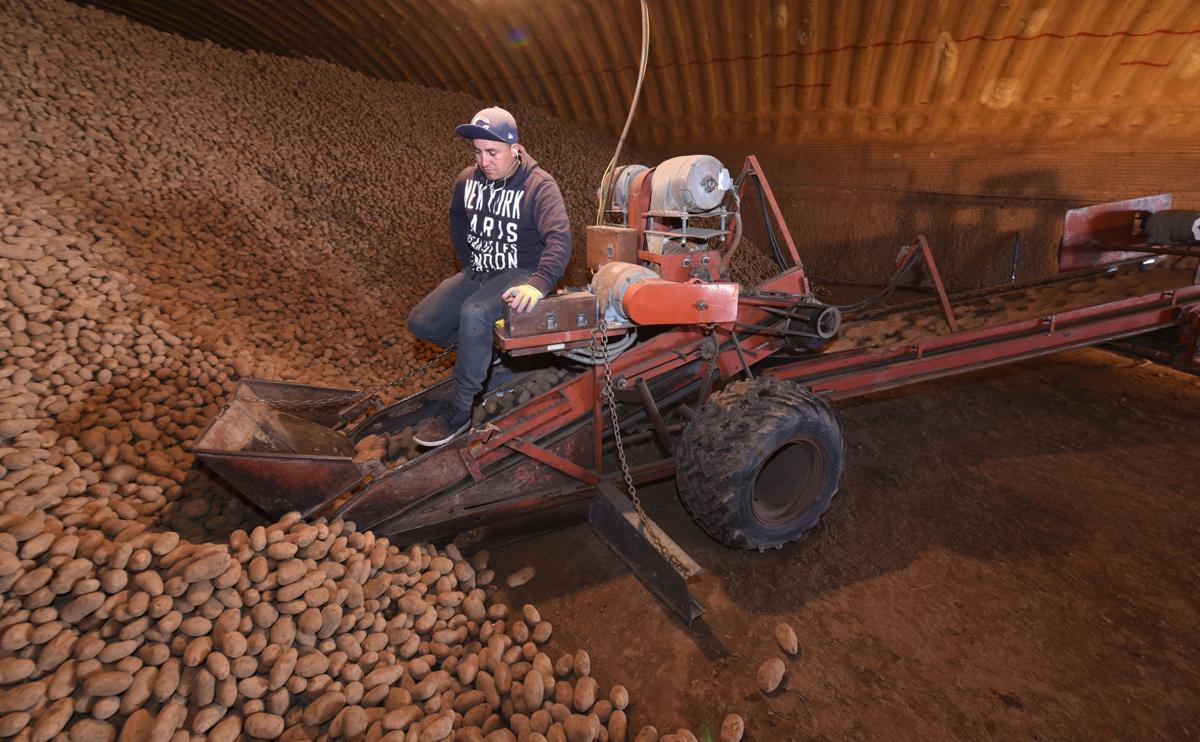 Gerardo Gutierrez runs the potato scooper for cutting seed potato in one of Merrill Hanny’s storage sheds in April 2019.

A line of sheep wagons at Henry Etcheverry’s ranch outside of Rupert during February 2013.

Henry Etcheverry, left, and his workers enjoy lunch together during the 2013 lambing season.

Henry Etcheverry brands a lamb with red paint to identify which ewe it belongs to in his lambing shed outside of Rupert in February 2013.

Gerardo Gutierrez runs the potato scooper for cutting seed potato in one of Merrill Hanny’s storage sheds in April 2019.

A line of sheep wagons at Henry Etcheverry’s ranch outside of Rupert during February 2013.

Idaho’s farmers and ranchers are trying to balance protecting their business interests against the health and welfare of their workers as planting and grazing season begins in the midst of the novel coronavirus pandemic.

According to a Johns Hopkins University, there are now over 700,000 confirmed cases of COVID-19, the illness caused by the new coronavirus, with more than 33,000 deaths, worldwide. In Idaho, Blaine and Ada counties have been hardest hit by the disease.

On March 25, Gov. Brad Little issued a statewide 21-day stay-home order. In an attempt to limit the spread of COVID-19, Little’s proclamation defines essential activities to leave your residence and essential government functions and businesses that may continue to operate with “food cultivation including farming, livestock, and fishing” deemed essential.

Across Idaho, H2-A workers have started returning to work on farms and ranches, starting a production season that will be unlike any other year in the history of state and nation.

Henry Etcheverry grew up in the sheepherding business. His father, Jean Pierre, immigrated to the U.S. from the Basque region of France and first worked as a shepherd in Nevada.

In 1948, Jean Pierre started the Etcheverry Sheep Co. in Pocatello and in 1953 he moved his operation to a ranch near Rupert.

During the winter months, it’s lambing season at his ranch outside of Rupert. Etcheverry relies on the help of 18 migrant workers, 17 from Peru, employed through the H2-A Temporary Agricultural Workers visa program. Lambing season is over and Etcheverry and his men are beginning to move an estimated 23,000 ewes and lambs east across the Arco desert, south of Craters of the Moon National Monument, to Bureau of Land Management grazing fields.

Etcheverry expressed deep concern about the effects that exposure to the COVID-19 would have on his crew and business. The 18 men share living quarters in three bunkhouses and eat three daily meals together.

“I told them, ‘You guys are on your honor but this is serious and we’re not going to have it,’” Etcheverry said. “This virus, we cannot take a chance and I do not want them going to town at all.”

He said that he has asked the men to avoid going to town in an effort to keep potential exposure to the virus to a minimum. A 14-day quarantine would result in increased feed costs.

“We can’t afford to have that (COVID-19) out here because it’ll go through the place,” Etcheverry said. “I’d be stuck feeding that expensive alfalfa hay to my sheep and my costs would be exorbitant.”

Etcheverry said that he and his men were following President Trump’s “15 Days to Slow the Spread” guidelines in avoiding unnecessary human contact.

“We’re doing it and we’re going to have a hell of a lot more than that when we get out on the desert. It’ll really be isolation,” he said.

Etcheverry said that he was a slightly inconvenienced by the run on groceries and paper goods but that his inventory of dry goods was adequate prior to the panic buying.

“I got a case of chicken that I couldn’t get for a week. I finally got this morning,” he said. “I stocked up before this thing ever hit this area.”

Etcheverry predicted an uncertain future for the lamb market.

“I see pretty dark clouds,” he said. “I’ll tell you why. Lamb is traditionally eaten in the high-end restaurants in the East and in other restaurants and they have basically shut down. I’m just scared to death what’s happening in the market. It’s a downer.”

Merrill Hanny grows about 500 acres of potatoes outside of Shelley in Bingham County. He is expecting six H2-A workers to arrive from Mexico around the 20th of April.

Hanny said that he’ll have an orientation session on personal hygiene when the men arrive. Other than that and keeping social distance within their housing, Hanny said that there’s not much more he can do.

“Hopefully, this enactment by the governor, the lockdown, it’s over by then,” he said. “By the time they come we’re hoping we’re through the worst of the crisis.”

Looking forward to the coming season, Hanny expressed a pragmatic philosophy common to anyone who has been in the agricultural sector for any period of time.

“You have to be cautiously optimistic,” he said. “This affects the whole world. It’s a worldwide economy that has come into play. It will affect prices up and down and the biggest thing is none of us have been down this path before. So there’s a lot of unknown factors yet to play out.”

Armand Eckert grows row crops including sugar beets, barley, winter wheat and alfalfa in the Magic Valley. The center of his farming operation is about 10 miles northwest of Buhl.

Eckert employs eight H2-A workers. He said seven of them arrived around March 4, with one delayed by paperwork at the border. He has several housing units on his farm with no more than three workers per household.

Eckert said his farm workers have little contact with the outside world.

“Out here we’re not around anyone. There’s not another human being or building in sight,” he said. “We’re pretty isolated on to itself. We’re already kind of self-quarantined just being out here.”

Eckert said that when he spoke with the farm workers about COVID-19, they were pretty knowledgeable about the situation.

“If somebody gets sick we’re going to get him tested to make sure that they don’t have that particular virus and get them taken care of,” Eckert said. “Then we’ll definitely have to take some steps to protect the rest of the crew.”

He said that the measures initiated by Gov. Little were necessary but he hopes that cases of COVID-19 will diminish as the climate warms up.

Eckert said that he is concerned about securing parts for equipment breakdowns during harvest season but he hopes that his inventory of parts will get him through harvest.