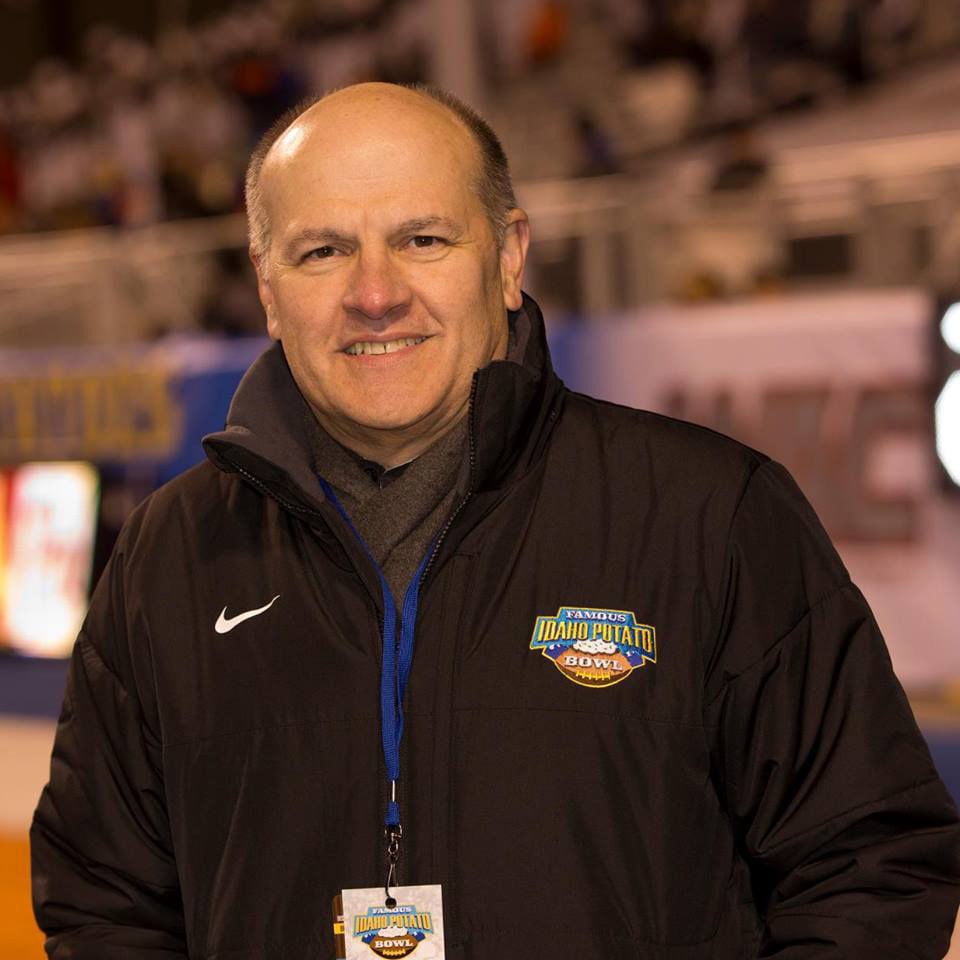 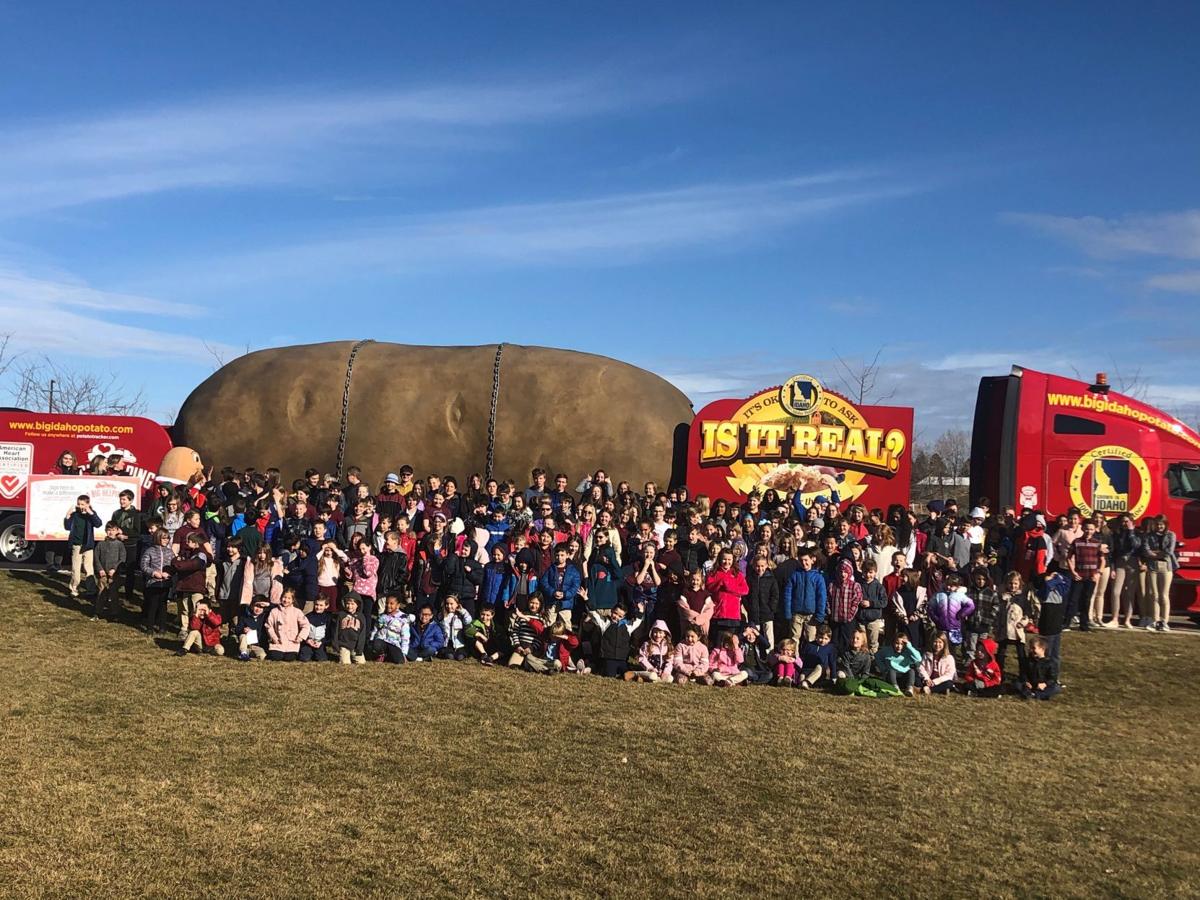 EAGLE — Frank Muir waged war in defense of starchy vegetables — Idaho’s famous potatoes in particular — when carbohydrates were under assault by the trendy Atkins diet.

During Muir’s roughly 18-year tenure as president and CEO of the Idaho Potato Commission, his unorthodox marketing programs helped double farm gate receipts for the state’s potato crop to more than $1 billion.

The marketing expert who helped upgrade Idaho’s reputation for producing top-notch spuds into a globally known brand has announced plans to retire in mid-September.

When Muir took the job in 2003, he recalls the state was seeking to distance itself from its rural roots and its best-known commodity. He testified to stop the Legislature from abandoning “famous potatoes” as the slogan on its license plates, and over his passionate objections the peregrine falcon was embossed on the backs of Idaho quarters over the humble potato.

More recently, however, independent research has confirmed Idaho has become more strongly associated with its potatoes than any other state is known for anything. And to Muir’s delight, surveys show the word “quality” comes to mind first when a person hears “Idaho potatoes.”

Furthermore, Idaho growers, who once specialized in russets, have embraced all classes of spuds. Idaho is now the No. 1 producer of both fingerlings and yellow potatoes and No. 2 in reds. Idaho potatoes, long sold only domestically, are now exported to 20 countries.

And Muir points out that the Idaho Capitol — once the scene of an effort to spare the Gem State’s public the embarrassment of having a reference to a tuber on its license plates — now plays host every New Year’s Eve to the dropping of an 18-foot, illuminated replica potato. The spectacle attracts more than 30,000 people from throughout the world, Muir said.

“The State of Idaho is now a brand. Not many states can say that,” Muir said, explaining that other Idaho farm products, such as wine and onions, have piggybacked on the state’s renown for good spuds in their own promotions.

Muir was raised in Northern Utah and graduated from Brigham Young University in Provo, Utah, with a masters in business administration. He started his career with General Mills in Minneapolis, later accepting an offer to join R.T. French Co. in Eastern Idaho. He then joined Beatrice Companies, Inc., in California — a massive food company that held several brands. ConAgra Foods purchased his division, and Muir rose up ConAgra’s ranks.

Muir had a track record at ConAgra for taking underperforming brands and helping realize their full potential. In fact, the company made Muir vice president and general manager of a division it created for him to lead called Venture brands — placing several struggling brands under his stewardship.

Muir helped make another Venture brand, Wesson Oil, the nation’s top vegetable oil. Within two years, he had Healthy Choice soups, which had been a money loser, operating well in the black, he helped La Choy conquer the Asian food market. He created the Samurai Warrior Club, offering sales managers who could reclaim La Choy distribution their own sets of samurai swords. Muir was also placed in charge of acquiring new Venture brands, buying out a former La Choy competitor, Chun King.

Within three years, Venture brands doubled its revenue from $500 million to $1 billion — a feat he would later repeat with the Idaho Potato Commission.

“My whole career has been taking underperforming businesses and turning them around,” Muir said. “The challenge is when I leave, I’ve seen some of these brands falter over time.”

Muir learned of the open position with the Idaho Potato Commission after his sister, who wanted him to move to Boise to be near her, mailed him a short newspaper advertisement. During his interview with the Idaho potato marketing organization’s board, Muir insisted that they’d have to be prepared for significant change if they chose to hire him.

“In 2003 when I was hired, Idaho was known for growing potatoes like Nebraska and Iowa are known for growing corn,” Muir recalled. “People know about it, but do they care? Do you go in a restaurant and say, ‘Did that corn come from Iowa?’”

In short, food service outlets weren’t advertising that they served Idaho potatoes like they do today, and having the “Grown in Idaho” seal on packaging wasn’t a priority for shippers.

Early during his tenure, Muir became concerned that the national potato leaders and officials representing other starchy vegetables weren’t doing anything to fight back against claims made by fad diets, namely Atkins, that carbohydrates posed a health risk. Muir began doing interviews with national media outlets by the hundreds, offering a counter health claim that potatoes actually represented the “world’s largest multivitamin.”

The organization also hired fitness guru Denise Austin as a spokesperson who could “look women in the eyes on television and say, ‘Potatoes are good for you.’” Austin advocated for Idaho potatoes for a full decade, but perceptions about potatoes began to change within the campaign’s first year.

In 2008, to help the commission reach a national audience with its messaging, Idaho potato growers voluntarily raised the assessment they pay the commission from a dime per hundredweight of potatoes to 15 cents. Thus far, the commission has taken only half of the extra nickel the growers approved.

Aiming to solidify the health message, Muir obtained certification through the American Heart Association of Idaho potatoes as a heart-healthy food.

In 2011, the commission became the title sponsor of a college football bowl game played on the Boise State University campus. The executive director of the Humanitarian Bowl approached Muir about sponsoring signage at the game.

“My first question was, ‘Is the title sponsorship available?’” Muir said. The Famous Idaho Potato Bowl was born.

One of the most creative and well received program’s launched during Muir’s tenure came in 2012. Muir challenged his staff to think out of the box for creative ways to celebrate the commission’s 75th anniversary. One staff members suggested bringing the iconic postcard of a giant Idaho potato on a flatbed truck to life. The postcard is labeled, “We grow ‘em big in Idaho.”

After a concerted effort to convince a skeptical board to fund such an unusual concept, the Big Idaho Potato Truck set out on its maiden trip. The commission had a 6-ton replica Russet Burbank built for the attraction — which, if real, would be large enough to make 30,325 servings of mashed potatoes. The truck has now made several tours throughout all 48 contiguous U.S. states, attracting crowds and free media coverage at every stop.

The commission also tied the truck’s annual treks to a philanthropic program called A Big Helping, offering donations and support to local charities, such as food banks and organ donor registry drives. Muir said the campaign worked because it “connected the brand Idaho potatoes to the community’s heart.”

Capitalizing on the truck’s popularity, the commission released a series of commercials featuring Idaho potato grower Mark Coombs, who searches the country for the “missing” potato truck. People from throughout the world have quoted lines from the commercials to Muir.

As Muir prepares to walk away from the organization, he advises Idaho’s potato industry to keep the “pedal to the medal.”

“I’ll hear a grower say, ‘This crop will sell itself.’ It’s that mentality that led to a stale brand,” Muir said. “It doesn’t take long for people to forget.”