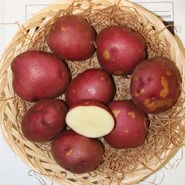 This dark-red potato clone, numbered NDA050237B-1R, was selected out of the Aberdeen USDA Agricultural Research Service breeding program and is poised for release later this year or early next year. 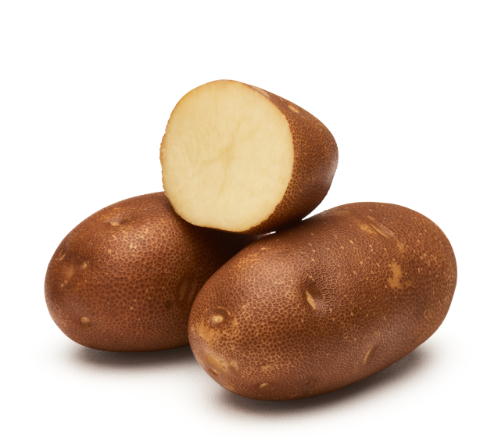 This dark-red potato clone, numbered NDA050237B-1R, was selected out of the Aberdeen USDA Agricultural Research Service breeding program and is poised for release later this year or early next year.

Two new potato varieties with ties to the USDA’s Agricultural Research Service in Aberdeen are poised to be released soon by the Tri-State Potato Research and Breeding Program.

The initial cross for Rainier Russet was made at the Small Grains and Potato Germplasm Research center in Aberdeen. Oregon State University chose to retain the cross and advance it through its program and will be the lead institution behind the release, anticipated to occur later this year.

Rich Novy, the USDA-ARS potato breeder in Aberdeen, believes Rainier will be well suited for both the fresh and processed potato markets. It’s a cross of Canela Russet and an Aberdeen breeding clone.

Novy said Rainier has good cold-sweetening resistance, meaning sugar levels don’t tend to rise much in cold storage. Potatoes with high sugar content fry darker and aren’t ideal for processing. Fresh pack sheds should like its attractive appearance, nice shape and its lack of growth cracks or tuber bumps. Another major attribute is its high yield of marketable U.S. No. 1 tubers, Novy said.

It also has a lengthy tuber dormancy — referring to the length of time that it can be stored before producing sprouts.

Novy said Rainier was evaluated by other partners in Idaho, Oregon and Washington before moving on to the Western Regional Trials, which also include programs in California, Colorado and Texas.

Novy said Rainier has been raised in North Dakota, and certified seed is available to interested parties for expansion.

The second variety poised for release — NDA050237B-1R — is a vibrant, red clone that was crossed in North Dakota. The Aberdeen program, however, selected this specialty potato to be retained and advanced through the process.

Novy said certified seed is available, and it will likely be named and released later this year or early next year.

“It’s got a really nice, deep-red skin color,” Novy said, adding it also yields a high percentage of medium-sized tubers, which are desirable in the specialty category.

The new, red potato has garnered strong interest in Klamath Falls, Oregon, as well as in Michigan, Novy said. It’s medium to late in its maturation. Varieties developed by the Tri-State program are marketed by the Potato Variety Management Institute.