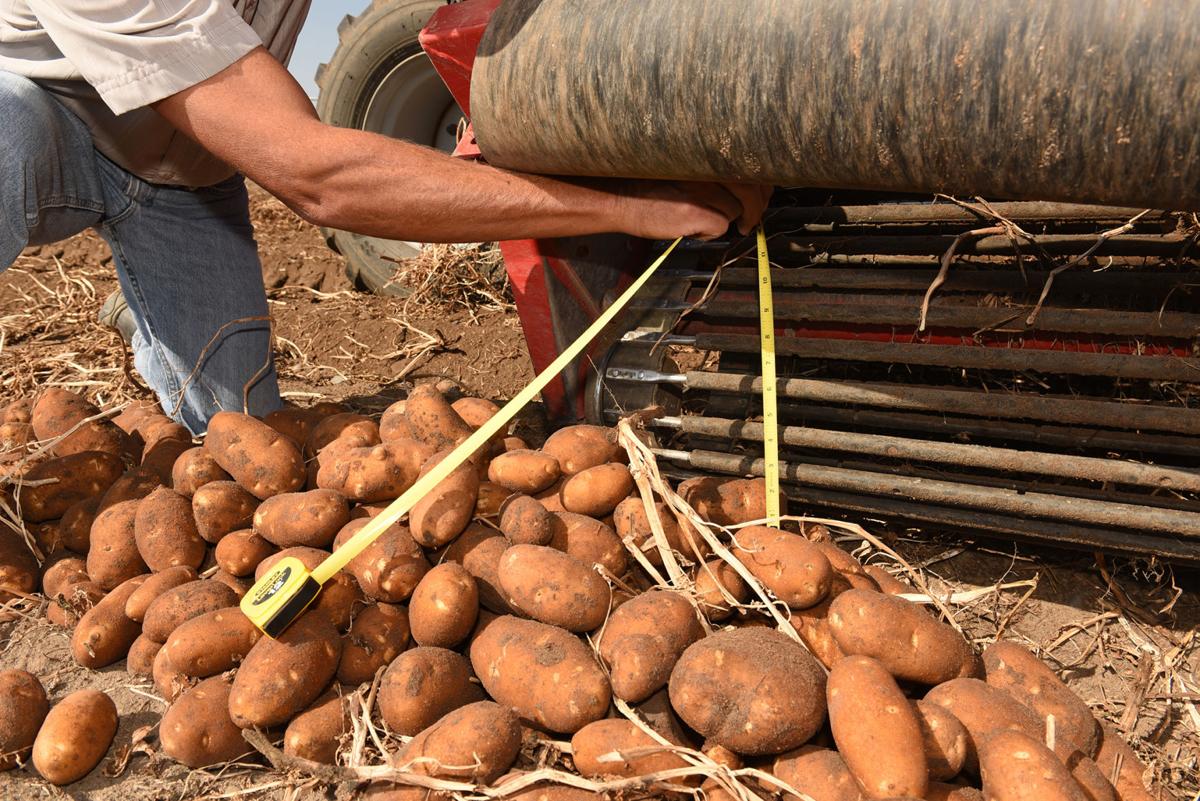 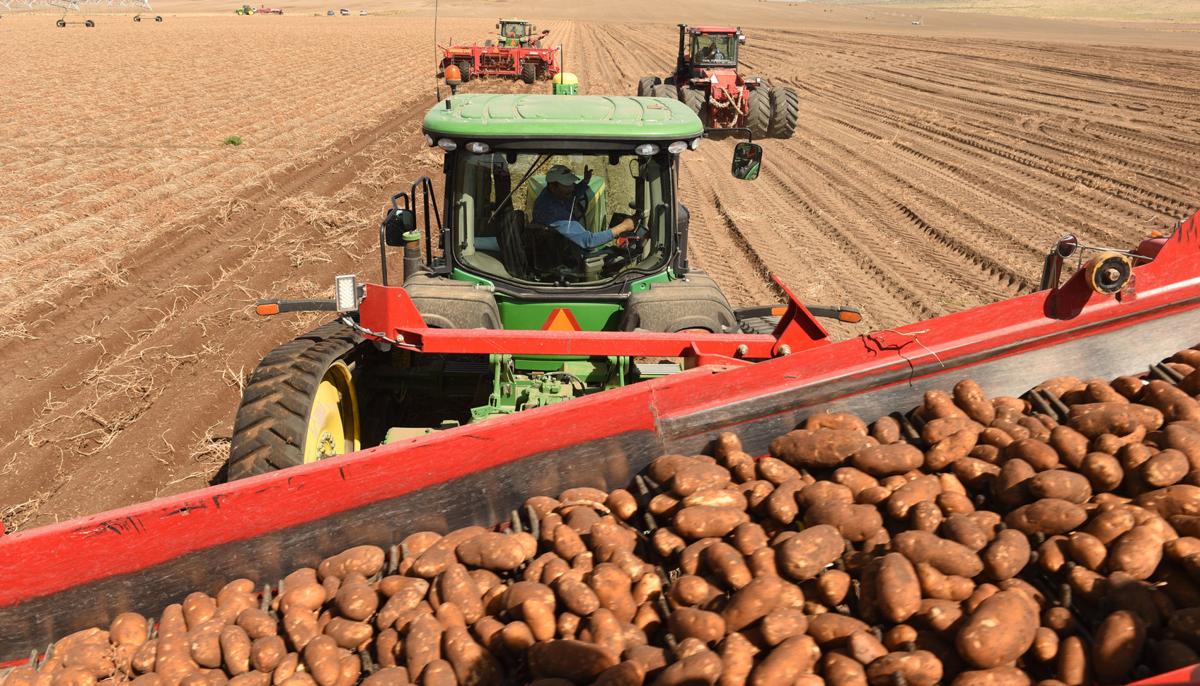 Potatoes are harvested at Wada Farms in Fort Hall for the fresh market. University of Idaho researchers Mike Thornton and Nora Olsen evaluated the Wada harvest as part of an effort to improve quality in Idaho fresh shipments.

Potatoes are harvested at Wada Farms in Fort Hall for the fresh market. University of Idaho researchers Mike Thornton and Nora Olsen evaluated the Wada harvest as part of an effort to improve quality in Idaho fresh shipments.

KETCHUM — Weather conditions at harvest largely drove the prevalence of defects and the types of quality problems that retailers encountered with Idaho’s 2017 and 2018 fresh potato crops, new University of Idaho research suggests.

The researchers have collaborated with Walmart, U.S. Foods, growers and shippers to determine the steps in the supply chain in which tubers are sustaining the most damage, and why.

After evaluating customer complaints, load rejections, weather data and results of tests they’ve conducted, they’ve reached a central conclusion: The two main conditions that cause problems in the handling of potatoes are hot or cold weather at harvest.

Shatter bruise is characterized by cracks and fissures within tubers, which can be more problematic when cold weather makes spuds rigid and fragile. Cold, fragile tubers also appear to be more susceptible to black spot — dark bruises within tubers that usually appear by the stem end, often caused by rough handling.

In 2018, Thornton explained there was a warm spell during harvest.

When spuds are dug at above 65 degrees and moved immediately into storage, the airflow needed to cool them off can dehydrate the tubers, causing movement in the pile that can lead to pressure bruise, he said.

“They’re not able to resist the force in the pile ... so soft pressure above deforms them,” Thornton said. “It fits what the rejections were.”

The data also shows the majority of rejections since 2017 have occurred in the South, where it may be difficult for truck drivers to keep their loads cool enough to maintain good quality.

Knowing more about the causes of quality problems makes it possible to tailor research to address the appropriate concerns, Olsen explained.

“We’re trying to empower the industry to make changes a little bit quicker than they have in the past,” Olsen said.

Olsen and Thornton placed impact recording devices within various locations of fresh potato cartons and dropped them from different heights to evaluate how rough handling in sheds may also be contributing to quality concerns. On a concrete floor, the bottom layer of potatoes sustained significant damage when dropped from a height of less than 6 inches.

They also evaluated shipping conditions of spuds being trucked from Idaho to other states, placing temperature and humidity sensors throughout six loads. Shipping temperatures were not desirable on a third of the loads they monitored.

Another test they conducted demonstrated that growers can see evidence of bruising within just a few hours of an impact. In their evaluation, Olsen said a low-pressure strike caused pink discoloration to surface on most tubers within three hours. After four to five hours, 80 percent of tubers showed signs of bruising.

“We can speed up the (tuber testing) process,” Olsen said, adding many growers wait a full day to cut open a few spuds to check for bruises. “Let’s look at the potatoes quicker so we can make some changes in the equipment and handling.”

Thornton said the optimal temperature window for harvesting spuds is between 45 degrees and 65 degrees.

IPC President and CEO Frank Muir said his organization has made stickers with handling tips — some of which are in Spanish — to distribute among sheds, seeking to highlight the researchers’ messages.

“Mike and Nora have done some astounding work in this area in sharing it with our industry, and we’ve done great things in our industry on improving our quality,” Muir said. “U.S. Foods joined our efforts, and they are the second largest food distributor. When they want to work with us rather than turn away from us, it’s a real positive message.”